You are here: Home / About Us

Beardoh grew up in the midwest (Minnesota and Wisconsin) – far from any mountains.  He spent much of his time snowboarding and skateboarding – 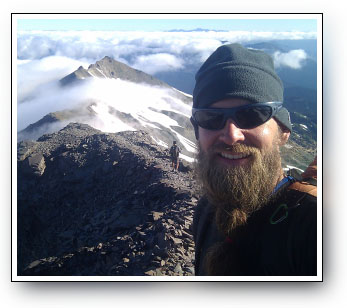 no doubt skills which helped him be able to run down mountains with confidence as an adult.  After graduating from college, he joined the Peace Corps in Tanzania and served as a Geography and Math teacher in a high school…and most importantly, he met Sweetpea.  Beardoh has spent most of his professional career as an entrepreneur.  He has created and sold multiple niche e-commerce businesses and has worked as a luthier in his custom bass guitar building shop for over fifteen years.

Sweetpea grew up in rural California, where the most popular club in her high school was Future Farmers of America.  No, she wasn’t part of that “it” club, instead opting for the nerdy path of Band, Drama and Speech Club.  She spent her senior year of high school as an exchange student in West Germany, which sparked her interest in traveling.  Once she graduated from college, she joined the Peace Corps, where she taught high school Biology and Chemistry in Tanzania…and most importantly met Beardoh. 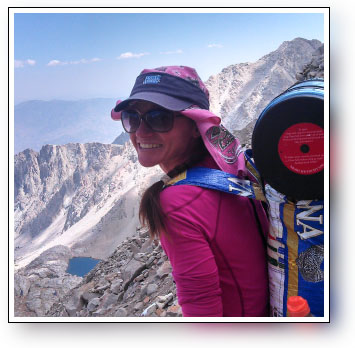 Much of our interest in hiking  grew while in Peace Corps in TZ.  Sweetpea lived up in the mountains and Beardoh at the bottom of the same range (Usambara Range in Eastern TZ).  Both of us spent a lot of time wandering the mtns around our own places, as well as planning and leading student groups up Mt. Meru and hiking Mt. Kilimanjaro.

We were married in 1999 and have lived in New Hampshire since that time.  After several moves around the state, we settled in the White Mountains, because of the great hiking and great snowboarding in the area.  While working our full-time jobs and building our house, we have been trying to hike all forty-eight 4,000 footers in NH.  So far, we have made it up to the top of 39.  We hope to get to the other nine soon!

Once our professional lives changed and we found ourselves with more freedom and flexibility, we decided to hike our first long distance trail – The Appalachian Trail in 2011.  That experience sparked in us a love of long distance hiking.  We fell in love with the simplicity of the trail life, as well as with the interesting people we met on the trail.  Many of our very dear friends are ones that we met while hiking long distance trails.  We finished the AT just before Thanksgiving of 2011, and Beardoh was already planning his next long distance hike.

In 2012, Beardoh hiked the Pacific Crest Trail with a group of three friends.  He got to experience the grandeur of hiking on the west coast and fell in love with the Sierras.  While, it was hard to be apart during his thru-hike, Sweetpea got an adventure of her own by spending ten weeks in Tanzania.

We hope to continue expanding our experiences on the many long distance trails around the world.  Hopefully this website will inspire others to get out into nature and explore all the beauty and tranquility that the wilderness provides.

We have had the good fortune to hike the following long distance trails: