We were out of the Desolation Wilderness within a mile this morning. That pretty much corresponded to when we started walking by Upper and the Lower Echo Lakes.

We have always enjoyed this stretch of trail because of the summer cabins between the trail and the shore of the lake. A lot of the cabins have been redone over the years and are really cute and interesting. We like to just look at the cabins and imagine what it would be like to own such a unique property.

We were sad when we got to the Echo Lake trailhead to see that the store had already closed down for the season. We had been looking forward to having soda and ice cream. Instead, we just hung out in front of the store for a bit to charge our phones.

When we left, we were expecting our next water source to just be a trickle in a stream bed, but it turned out to be a gushing stream. We had to cross over on a log… there was no possibility of rock hopping across. We were so surprised by all the water and figured there must be a dam somewhere upstream.

We crossed over Highway 50 and then the trail started a fairly aggressive climb for several miles. We stopped for lunch at the spot where we had camped in 2016 while hiking the PCT. Luckily the steep climb was over after about another half mile and then the trail became much easier again…a mix of flat and downhill walking.

After lunch, we were walking a bit spread out and Ace saw a bear on the trail. The first bear sighting of the trip! It was on the trail (after several of us had already passed that spot) and once it noticed Ace, it took off into the woods. We were all jealous because we wanted to see a bear.

At Showers Lake, it was time for a laundry break and some cooling down in the water (the weather continues to be quite hot). We each waded out to a different rock sticking out of the water and soaked our legs and feet while doing our laundry. There was a nice breeze coming through, and once we were a bit chilled from the water, we quickly got even chillier as we relaxed in the shade. We continued on down the trail to warm ourselves back up.

The landscape south of Highway 50 has changed and really feels much drier than the other parts we have hiked. Instead of the undergrowth being green bushes, the undergrowth this afternoon was primarily grasses which are all dried out. The hills had a golden brown hue which was a striking difference to the previous days.

A few miles before camp, we came to a trail junction which took us off the PCT. We had really expected to see multiple PCT southbound hikers, but we maybe saw one, and we didn’t even get a chance to talk with him.

We are camped near Round Lake tonight, but just over a little knoll from the lake so it is out of view. We are all able to hang close to each other tonight. We had dinner and Beardoh was still hungry so he looked through his food bag for something more he could eat, pilfering some from the last day of the stretch.

We have yet to feel the need to hang our tarps on this trail. Everyday has been sunny and clear. We hope this will last for another four days until we are finished with the trail.

After noticing a ground bee hive and warning Mtn Man and Ace to walk wide of it, a bee followed Beardph down the trail and stung him. We had so many bee stings in 2016 on the PCT, that it brought back all of the ‘fond’ memories.

Today was the starting day for an ultra marathon which goes around Lake Tahoe. There are several races of different lengths, but the big one is the 200 mile race. We have been seeing flagging and signage for the runners, as the race route goes on the TRT quite a bit. We aren’t sure where it starts or when we would expect to encounter runners. The area where we are camped doesn’t have any flagging nearby, so we don’t expect to encounter any runners tonight. 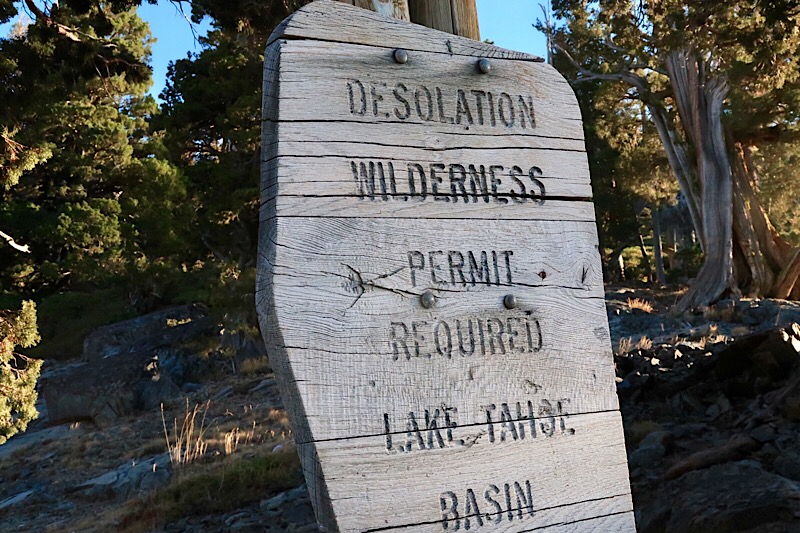 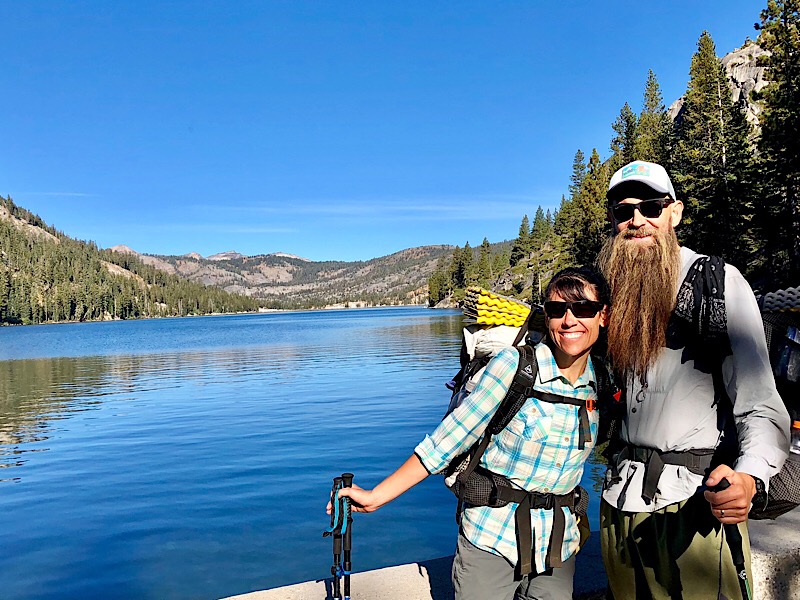 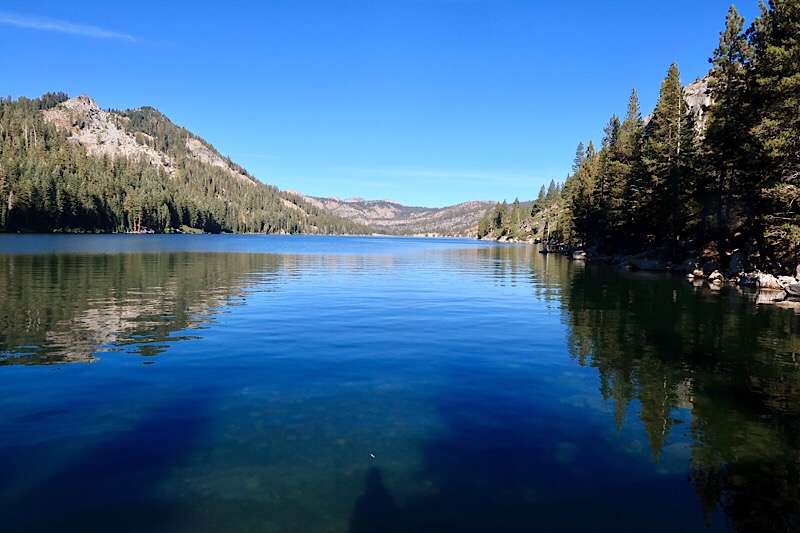 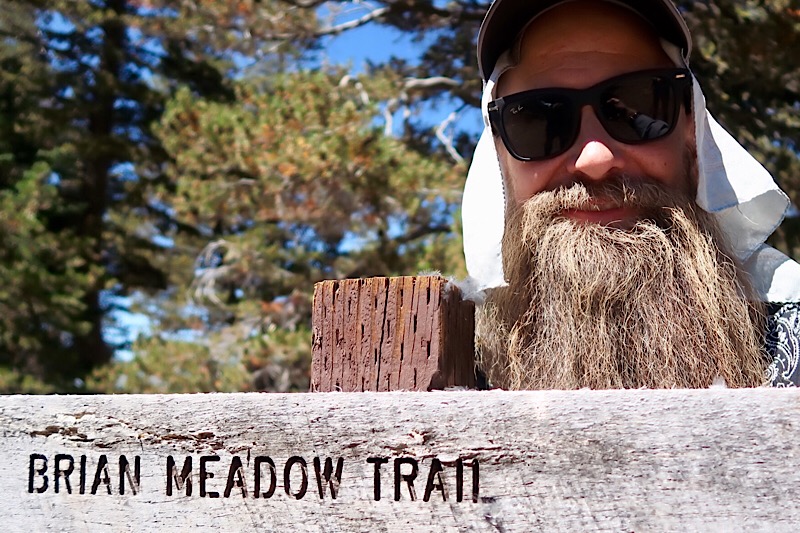 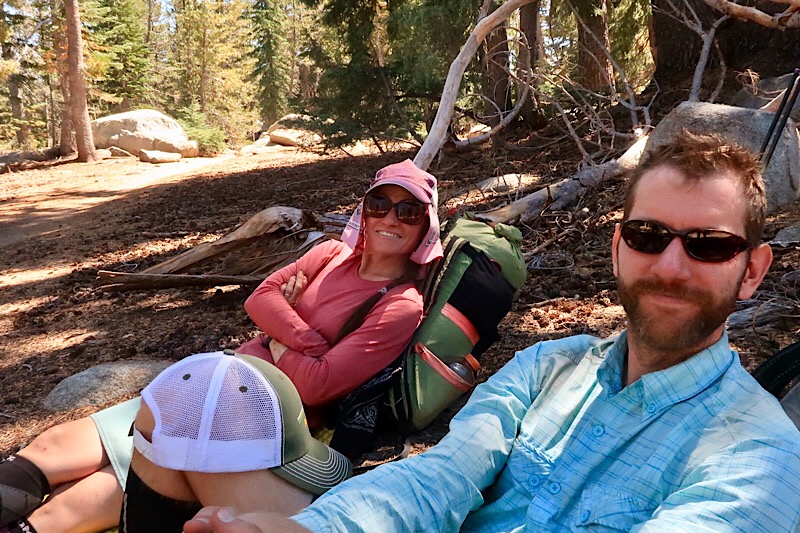 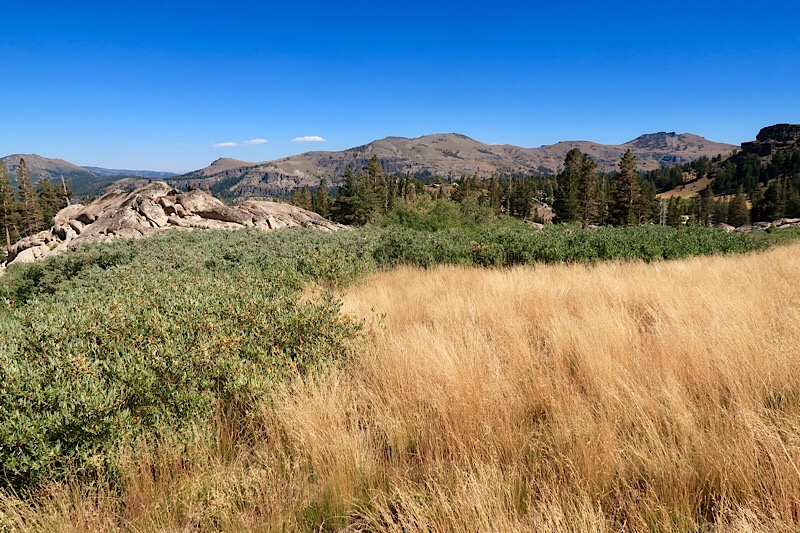 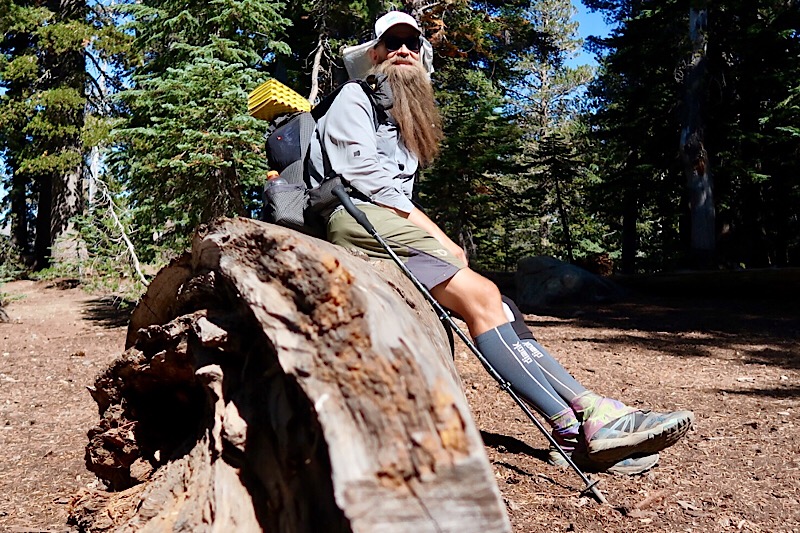 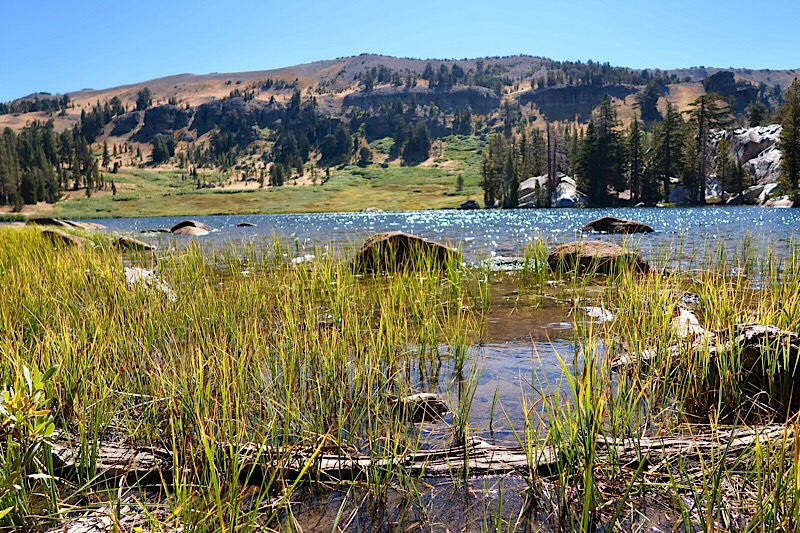 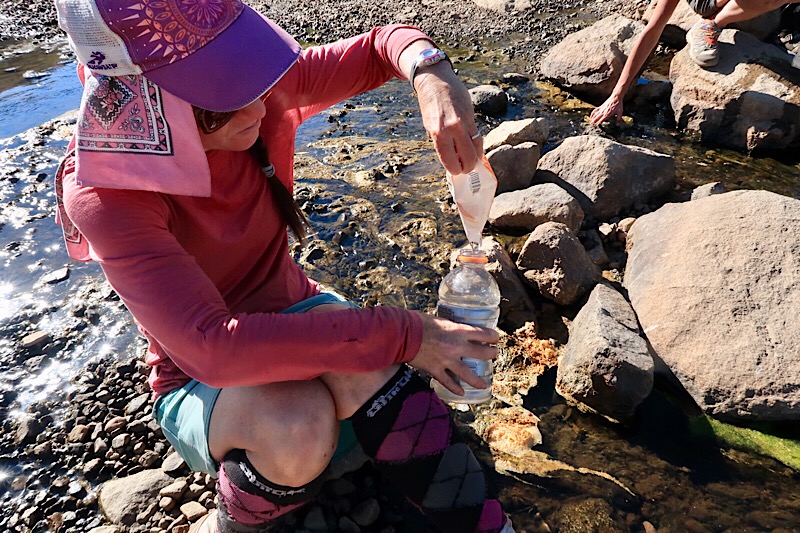