We continue to be reminded over the years, that regardless of how much planning we might do, the simple fact is that things are not always in our control.  This year has reinforced this concept in spades.

Due to all states on the CDT being under a “Stay at Home” order over the springtime, and CDTC cancelling their shuttles to the southern terminus, we decided to cancel our plans for a (mostly) northbound CDT thru-hike.  In late March, we decided to just monitor the situation and make the call at a later date as to whether or not a thru-hike of some sort would be possible this season.

Based on the tentative reopening of many states, and the “earlier than most” slow reopening of Montana, we have decided to go ahead with our plans of hiking the CDT, but with big changes from our original plan.  We will still do a “flip-flop” of the trail, but at completely different points than our previous plan.

Here is our current plan for hiking the CDT this year –

*Start in West Yellowstone in the middle of June.

*Walk north until we reach the Canadian border.

*Get ourselves back to West Yellowstone (most probably with a rental car).

*Hike southbound, and hopefully make it all the way to the Mexican border.

This flip-flop plan might even be better than our original plan.  First of all, there is only one time where we need to rent a car and get ourselves back to our starting point (our original plan had us renting a car twice).  So, we will lose fewer days to repositioning ourselves on the trail.  Instead of allotting 6 days for this, we only need to buffer the schedule with three days (and even that is pretty generous).

The original impetus of doing our flip-flop was to minimize our potential to be hiking in snow.  We think that this plan actually reduces the snow possibilities even further.  We plan to get to Glacier National Park in the second half of July, which we hope will position us well in terms of previous snow having melted and there not yet being any new snow accumulation.

The other area of snow concern is the San Juan Mountains in Colorado.  Following some wisdom of other southbound thru hikers, our current aim is to make it through these mountains by the end September.    So, even though we are cutting it a bit close, we think the schedule is pretty reasonable.

Some “not ideal” parts of this plan could be (1) going through the Great Basin in August, when it is likely hot and water might be more scarce (2) New Mexico in November could be quite nippy.  Both of those concerns seem pretty manageable.  We are accustomed to long water carries from our prior desert hiking, so that doesn’t feel too intimidating.  As for the cold in New Mexico…we have hiked in some pretty cold weather on other trails.  Although it can be pretty unpleasant, we know that we will be so close to finishing the trail by that point, that we will just power through it.

Because of the delay in beginning our hike, we will be starting as a group of four instead of five.  Our friend, Mace, won’t be able to start with us (but we are hoping he can join us somewhere along the trail).  In addition, we have another friend, Gazelle, that we are making plans with to come and join us for part of Colorado.  We are really excited to spend time with her again.  We hiked a lot of the PCT with her and she is such a ray of sunshine!

During April and May, we have been in Wisconsin, staying with Beardoh’s Mom. While we haven’t had our daily prep hikes in the mountains of south central Mexico, we have got some miles in on the Ice Age Trail.  It is quite flat in our area, but it is better than a road.  We’ve also sewn a new hammock for Beardoh as well as backpacks for the both of us. 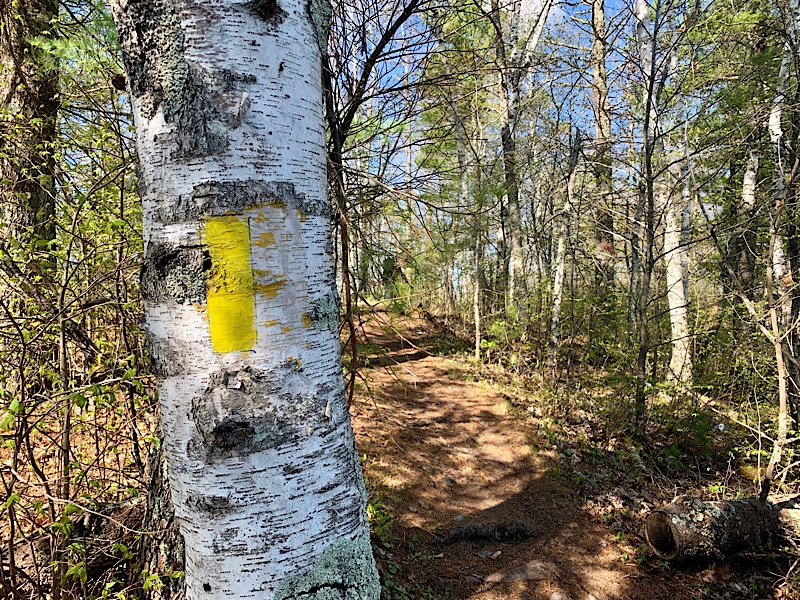 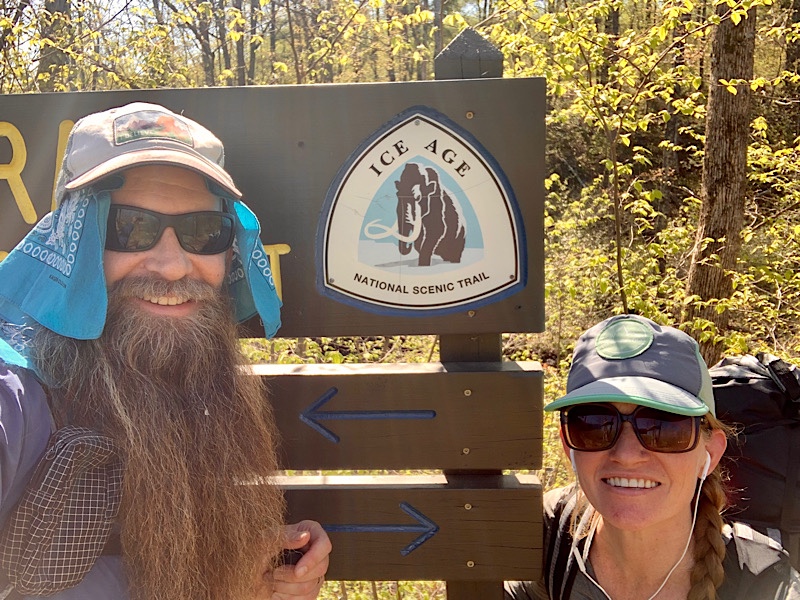