Today was a really exhausting day. A great day, but also some really tough hiking.

It got really cold last night and we all woke up chilly. Mace even had frost on his tent fly this morning. We all started walking with our down jackets and gloves on because we were so cold.

The morning was spent walking across the rim on various forest roads. It was a variety of fairly smooth roads and super rocky roads. Very similar to what we’ve been walking on the past few days.

Around 11:30am, we finally came to the edge of the rim and started our descent into the next canyon where the West Clear Creek was flowing. This descent was the beginning of some of the slowest miles we can remember in a very long time.

As we stood on the edge of the rim, we were amazed by the views of the canyon…it was really a spectacular sight. We were also amazed that they were able to build a trail down to the creek, with the canyon walls looking like sheer cliffs. The trail down was very steep and slow going. It was obviously a lot of work to make the trail, but it was still a very difficult descent.

We were happy to get down to the creek and there was a really nice campsite where we hung out for a long lunch break. The creek water was really cold, which was nice for soaking Ace’s ankle, but it was too cold for any swimming. Instead, we just all did laundry and tried to wash ourselves up a bit.

After lunch, we started our trek down the canyon. This involved a mix of walking in the water and walking along paths when they existed. It seemed like there had been some flooding in the recent past and so many paths were heavily covered with debris.

The water crossings could get rather deep…even almost up to SweetPea’s bellybutton. The rocks could be pretty slippery and it was often slow going. Beardoh even fell on some rocks and bruised him bum.

Eventually we made our way to a spot where we expected to find the trail to climb out of the canyon. Once we got there, we took the time to clean out our shoes which had gotten full of sand and small pebbles. Then we started up on a very steep and rocky trail. The section overview had listed it as a “memorable” climb and it certainly was, as it was the steepest trail we have been on in a long time.

Once we got up to the rim, we were on nice smooth dirt roads, walking through a pine forest…so nice! We had a stretch of walking along a wash near the end of the day, which wasn’t as bad as we had expected, since there was often good walking along the sides, and there was nice clear water to collect in the wash. We even saw several patches of snow along the wash!

We decided to call it a day, by climbing a little knoll off the trail. We could feel the cold coming in and we figured we would stay a bit warmer if we were a bit higher up, avoiding the katabatic effect. It is nice to be hanging in the pine trees again.

We’re looking forward to getting into Pine tomorrow. We’ve already been talking about the food we want to eat and we are all due for showers and laundry. We will be sad for MountainMan and Ace to head back home, but we still get one more day with them on trail tomorrow. 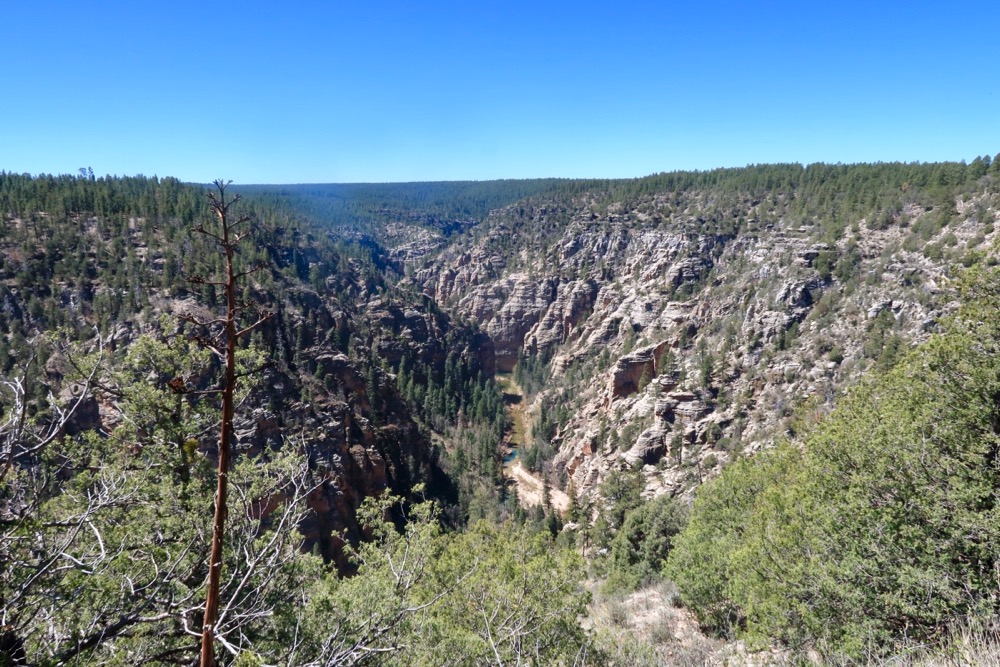 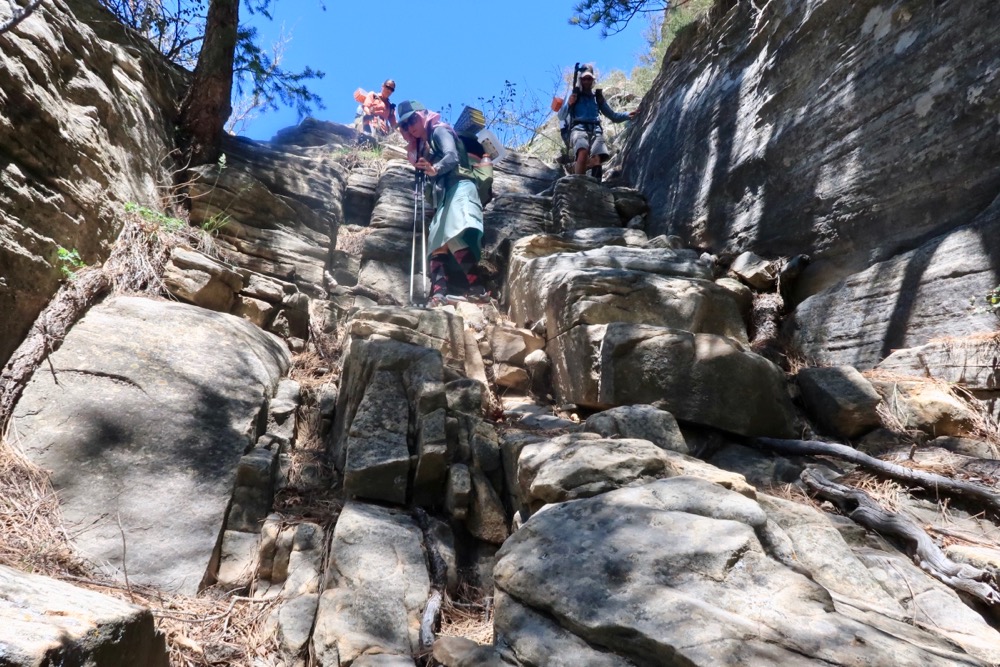 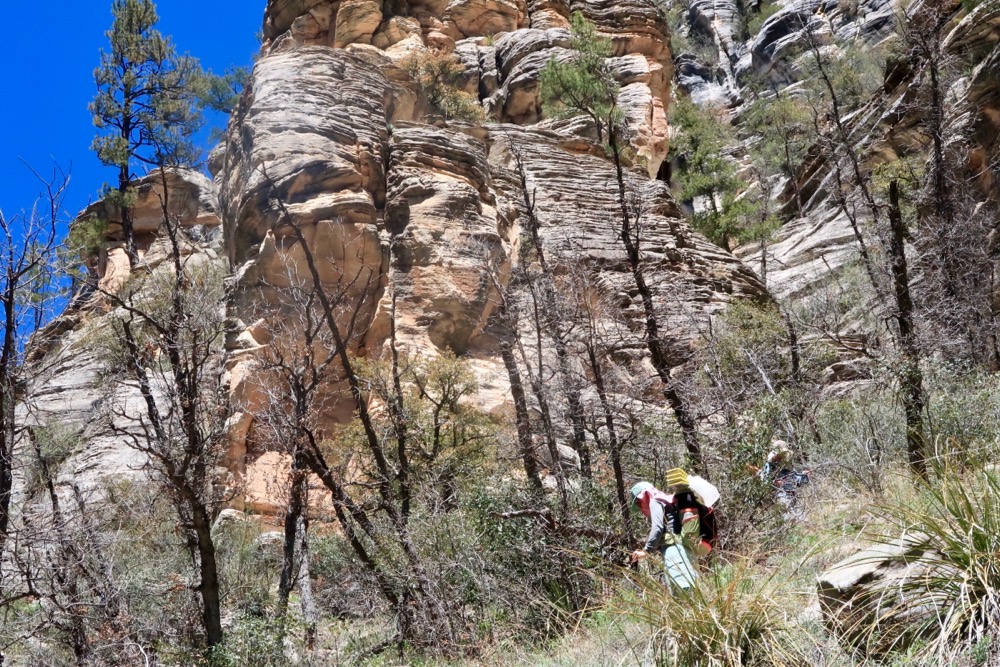 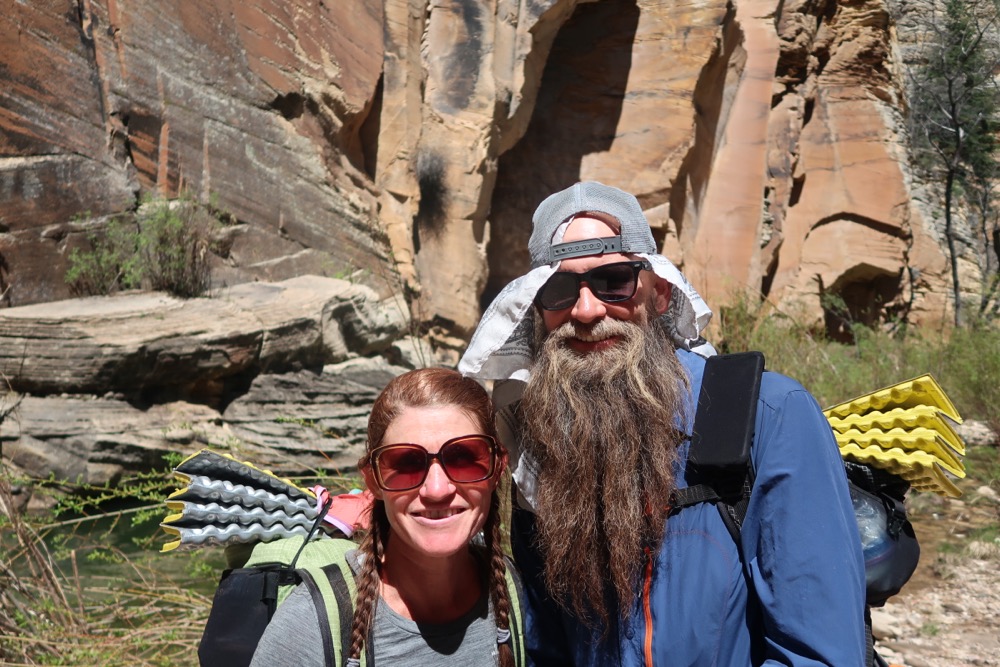 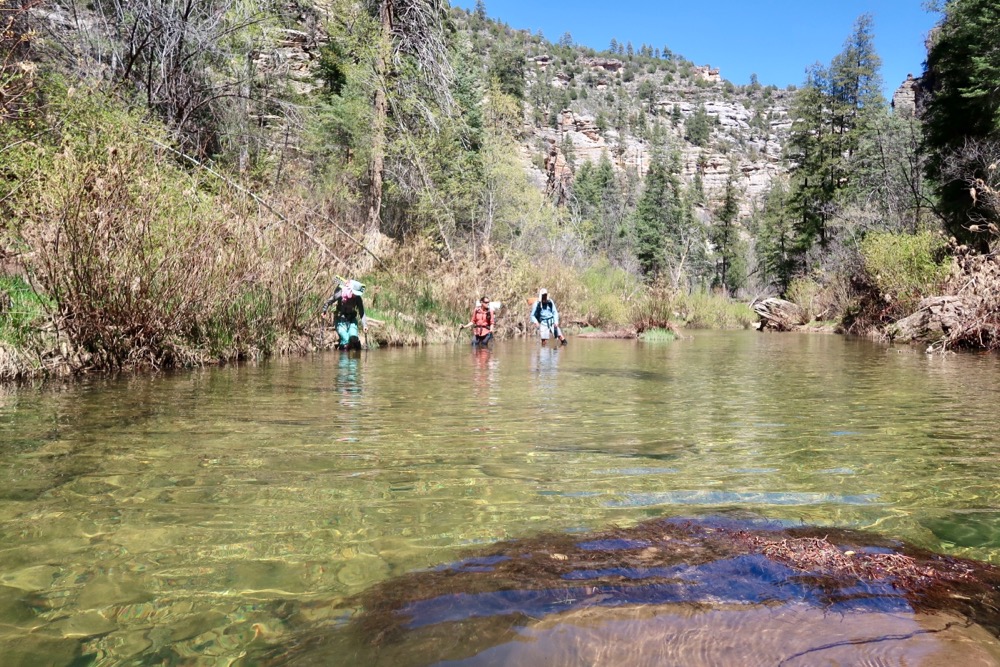 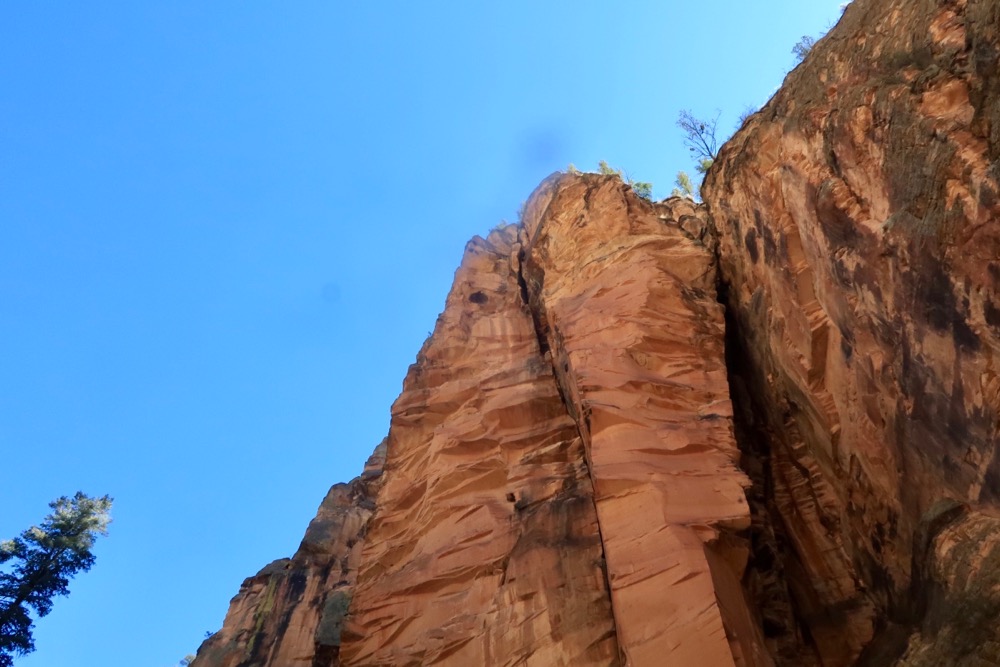 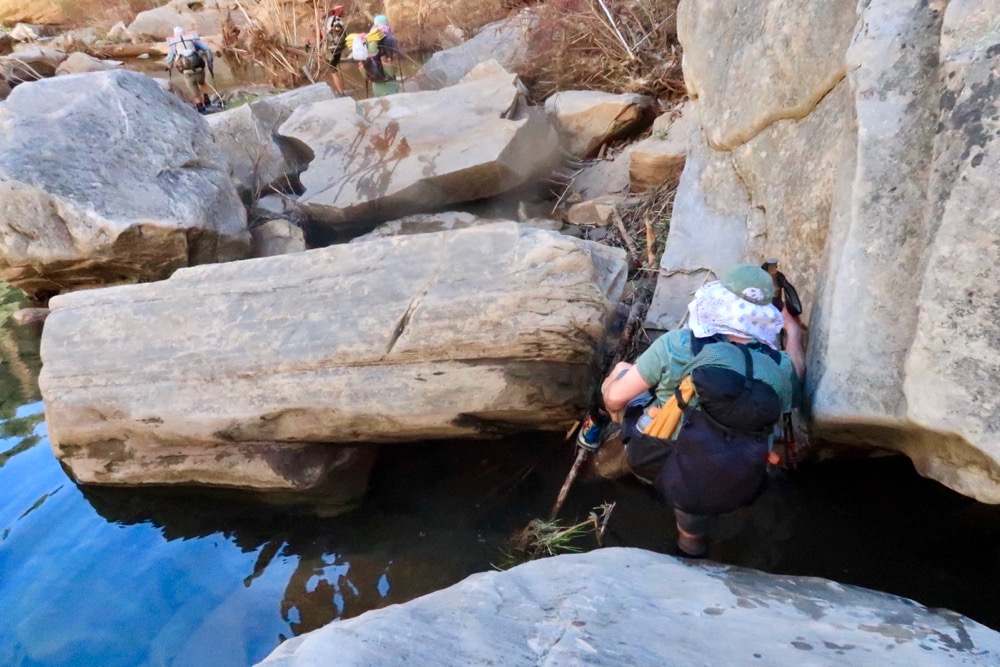 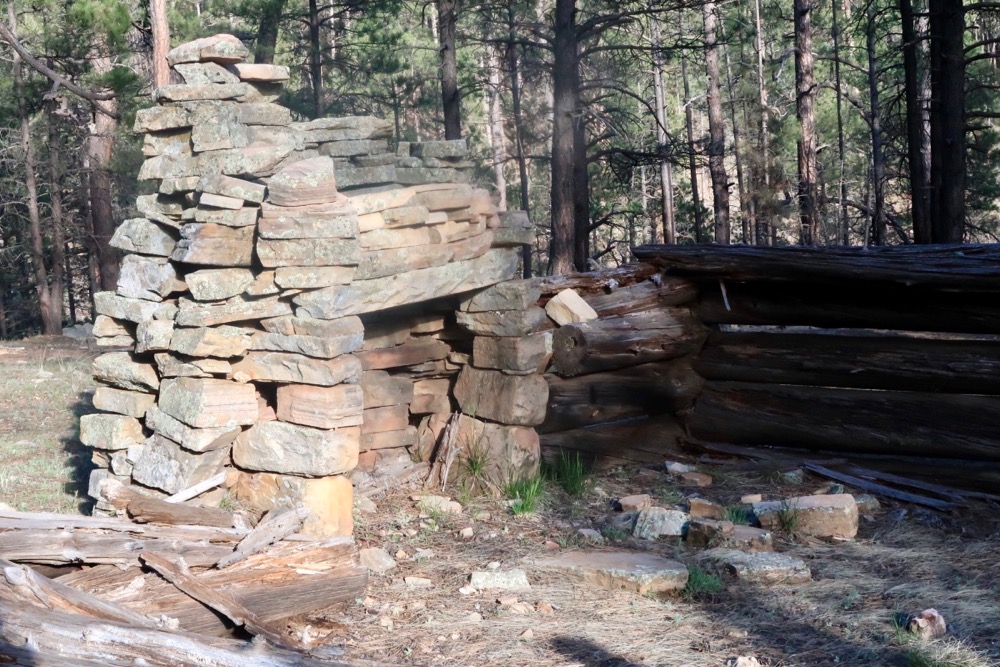