It feels like the difficulty level of the MRT has really ratcheted up the past few days, and today was no exception. It felt like we were pushing all day, and still only managed to hike 16 miles. The trail before Greer had lulled us into almost a complacency…thinking the trail was quite easy. The past few days have changed that thinking.

It was really cold this morning as we were packing up. We were surprised to see a guy walking on the road we were camped next to (surely he was surprised to see us too), but the most surprising thing was that he was wearing just shorts and a t-shirt! We were bundled up in pants, down jackets, hats, and gloves. We probably looked crazy to him!

We started the morning by heading down into the valley we had thought would be too hard to camp in. There turned out to be places that would be fine for camping, but it would have been even colder camping in the valley. We noticed how much colder it felt as we were walking.

We got to a nice creek, did laundry and had a break. The walking after the break became much more challenging. The trail became increasingly hard to find, there were many downed trees, and it was just slow going. At times, we would just need to stop and scout around for something that could be construed as “trail-like.” We continued to follow the drainage up and eventually, the trail started to get decent as we approached the top of the rim.

On the rim, we had some really nice views out into the distance. It was very windy and cold on top and we ended up with all our layers on again. Our next goal was to walk about three miles along the edge of the rim. It sounded very easy, but the reality was much harder as we tried to follow some semblance of a trail, but with hundreds of downed trees to contend with.

We finally figured our best bet was to just follow a barbed wire fence to the trailhead we were aiming for. Once we decided that, things started to move faster and we made it to the trailhead, where we stopped for lunch.

It was really cold at lunch, with the wind blowing strong. We all ended up with our extra layers on during lunch, and didn’t want to take them off when we started walking.

The next few miles were the only easy ones of the day, as we used several dirt roads to get to another trailhead. As we were walking, we could see the grey clouds that had been accumulating during the morning start to rain in the distance. The wind around us was screaming, and the thunder started to get quite loud very near to us.

The first precipitation we got was a few sprinkles of snowflakes, and then it turned into a deluge of small bits of hail. We stopped to put on our rain gear. Luckily, it stayed too cold for the precipitation to turn into rain, so it just stayed as hail, which bounced off of us and never soaked us.

We started in on a series of trails to take us off of the rim for the final time. The trail started out pretty good, and then things got confusing as the GPS data we use wasn’t really matching up with what we were seeing. It took us some time bushwhacking around to find the trail again.

The trail had a lot of golf ball sized rocks which kept making us slip, as they would roll under our feet. It made the walking slow, as we tried not to slide around too much. Mostly, the trail was decent after that, although we had to bushwhack down a steep slope as we got ourselves too far from a drainage we were supposed to be following.

We eventually stopped for camp just before 6pm. It was starting to sprinkle again and we wanted to get our camp set up before any real rain materialized. Luckily the rain never came, although it is quite cold tonight. Today was probably our coldest day on the trail…we wore an extra layer most of the day to keep warm.

Dealing with all the blow downs has been taking its toll. Mace’s knee has been bothering him quite a bit after the past few days of stepping over or climbing over a seemingly unending amount of downed trees. Because of the damage this area has suffered from a fire about eight years ago, there are so many burned trees, that have just fallen over in heavy winds. Hopefully a night of rest and some ibuprofen will help Mace’s knee be ready for tomorrow. 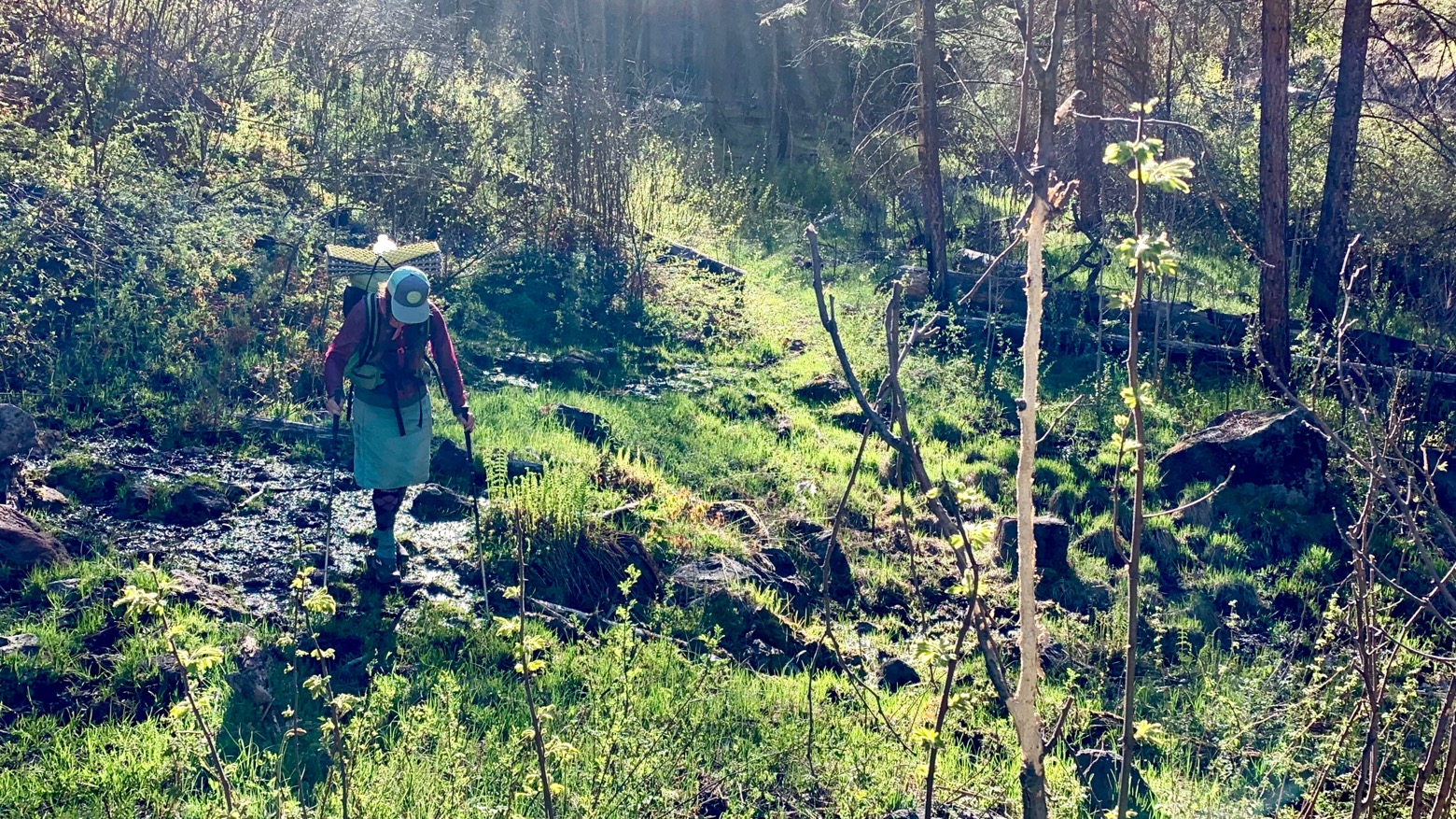 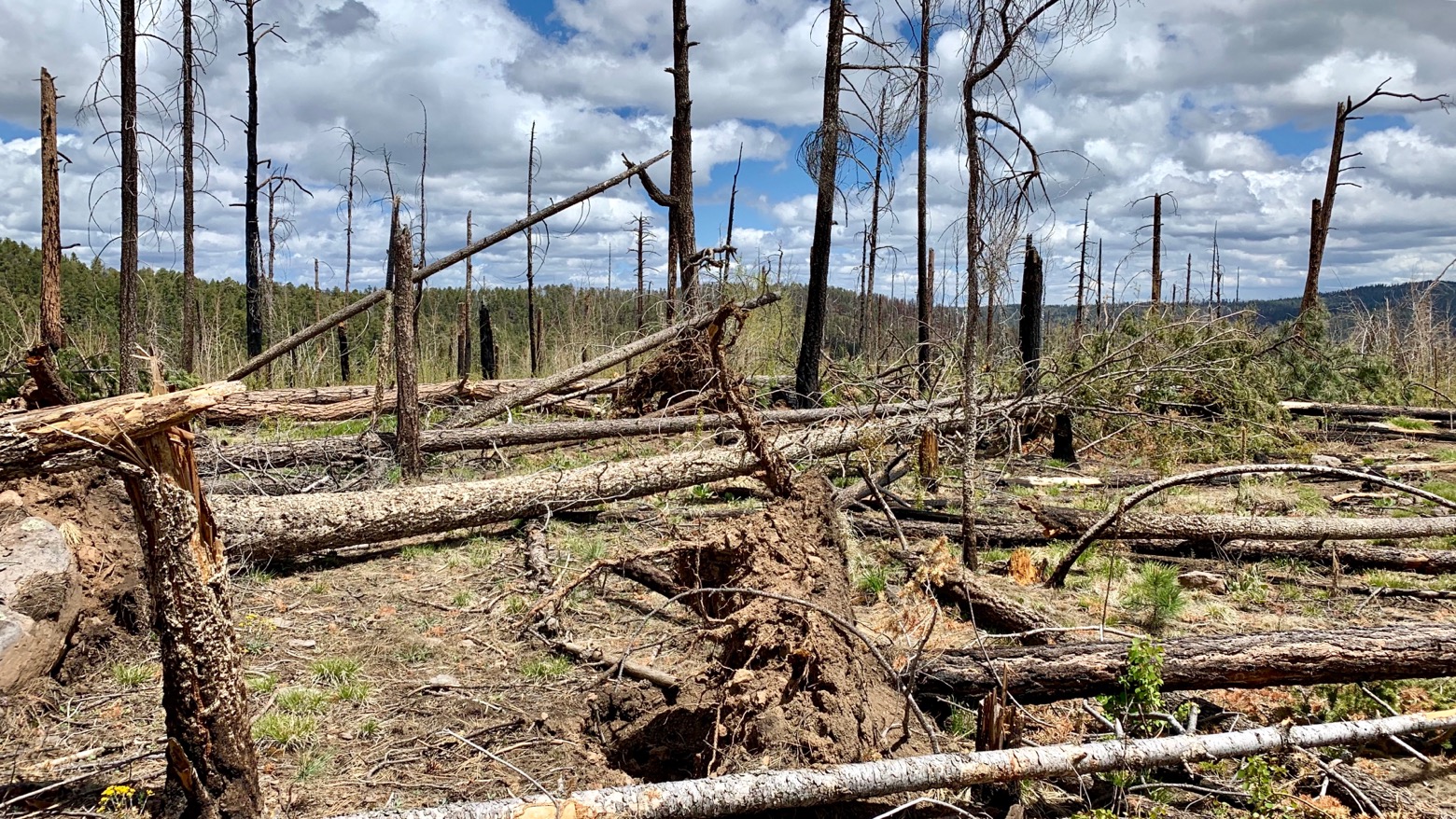 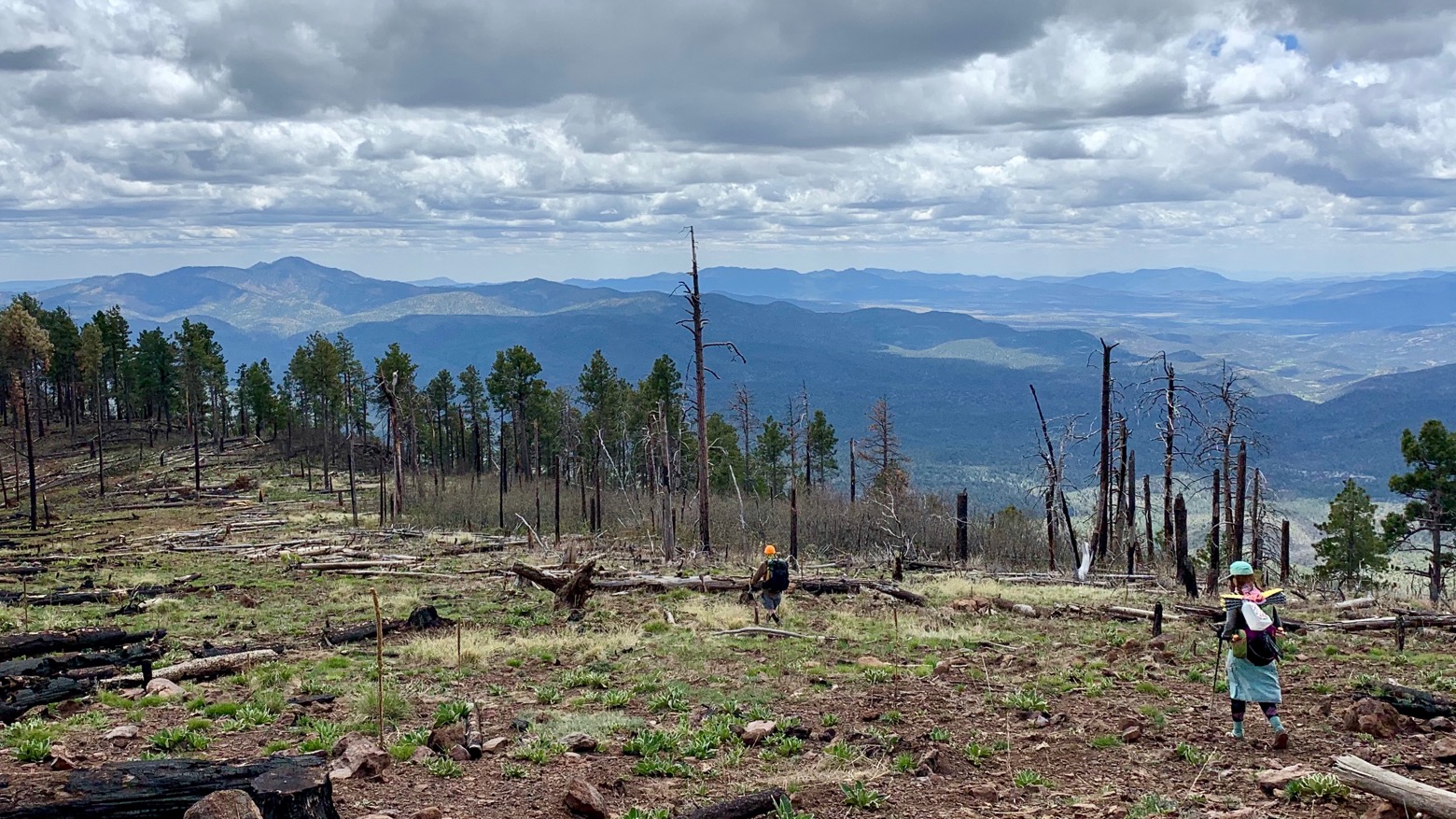 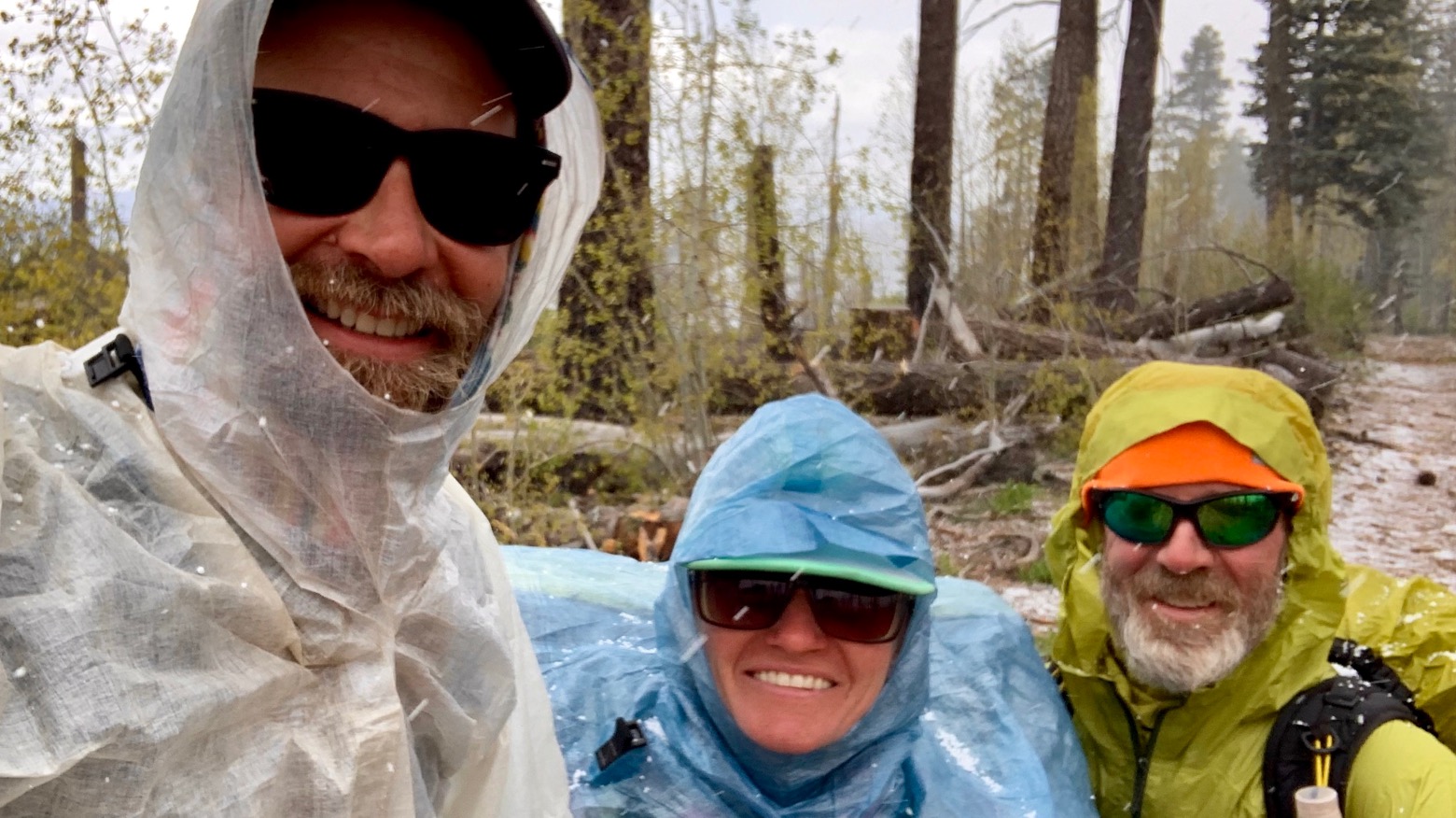 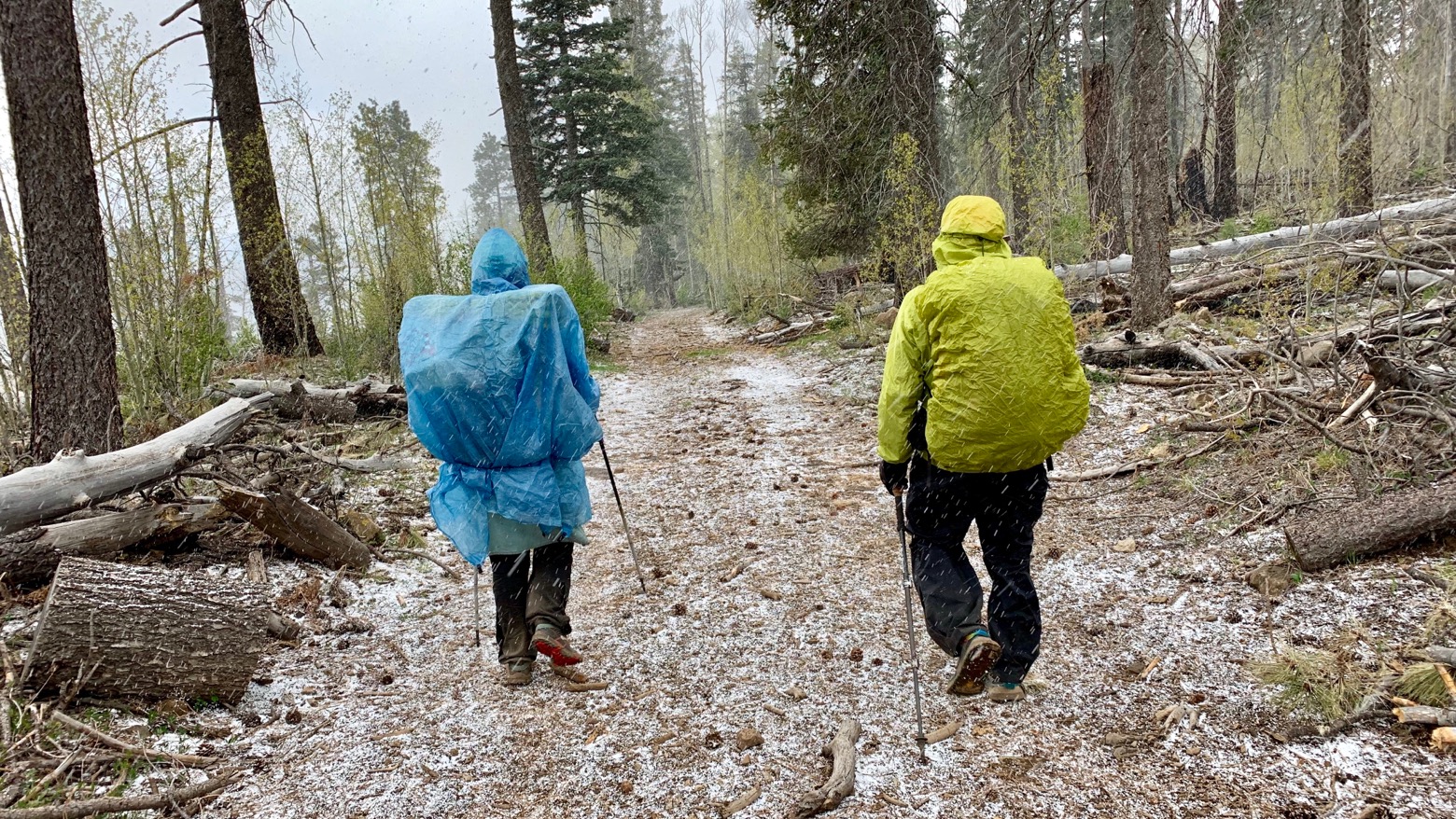 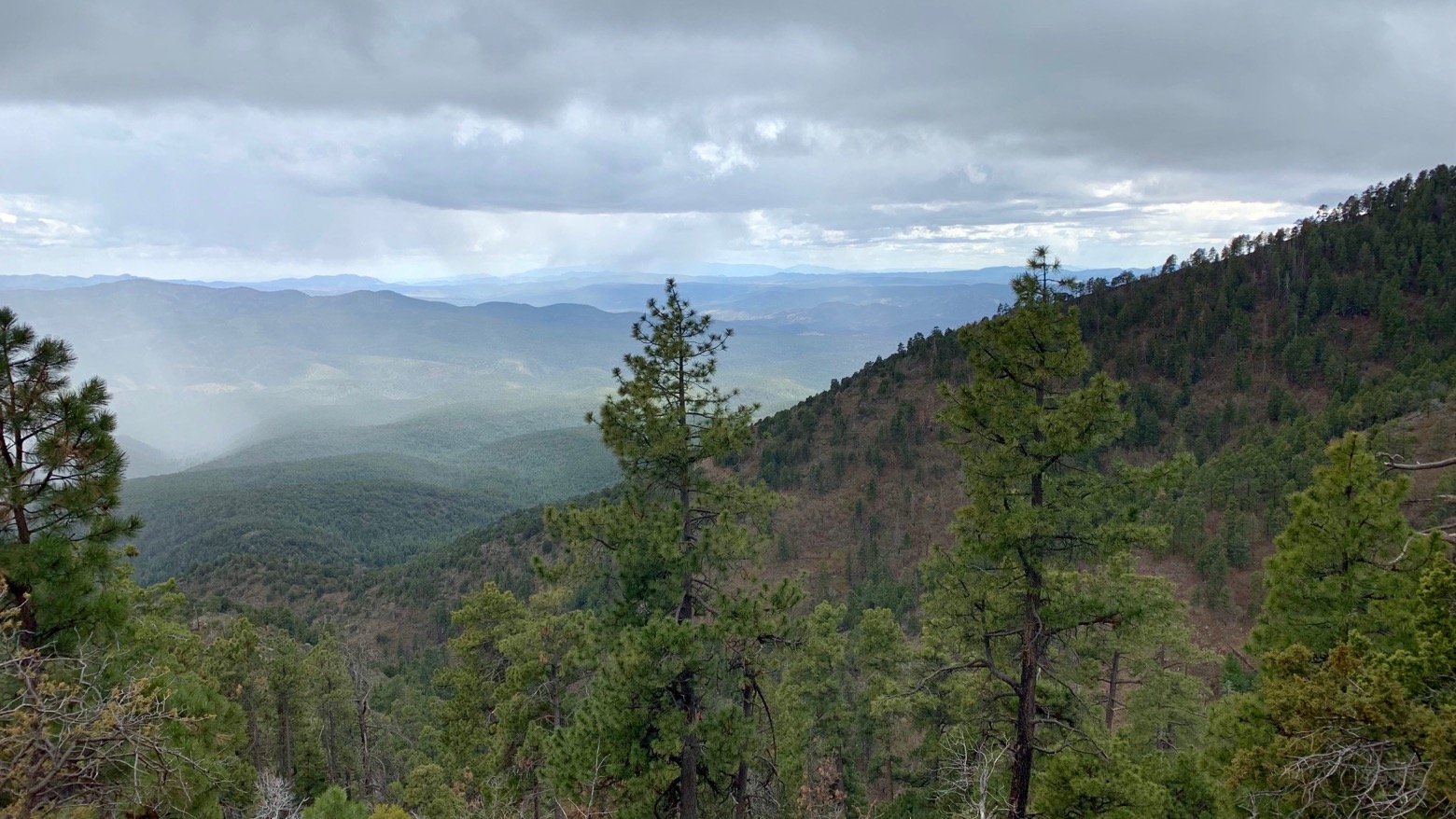 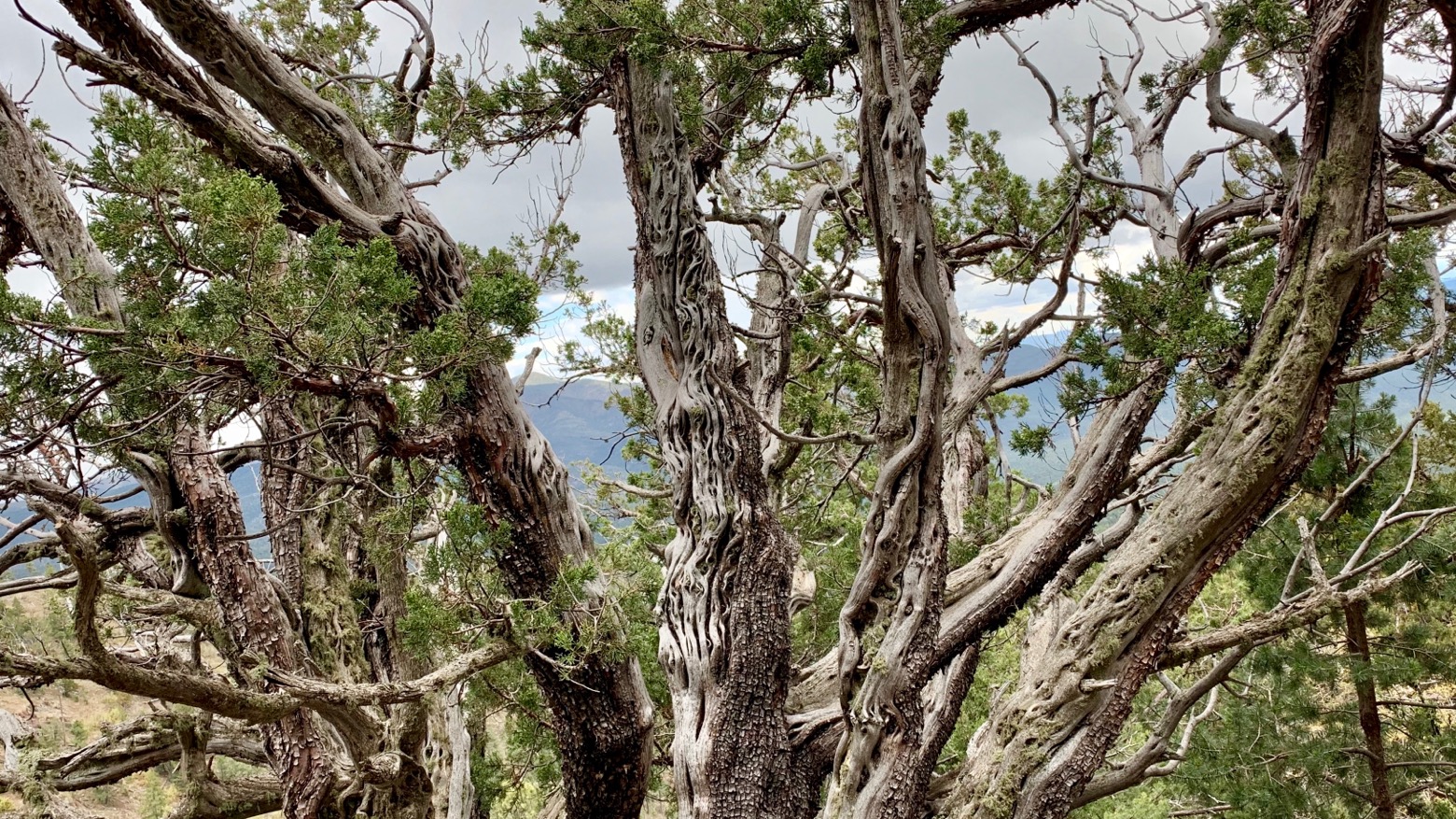 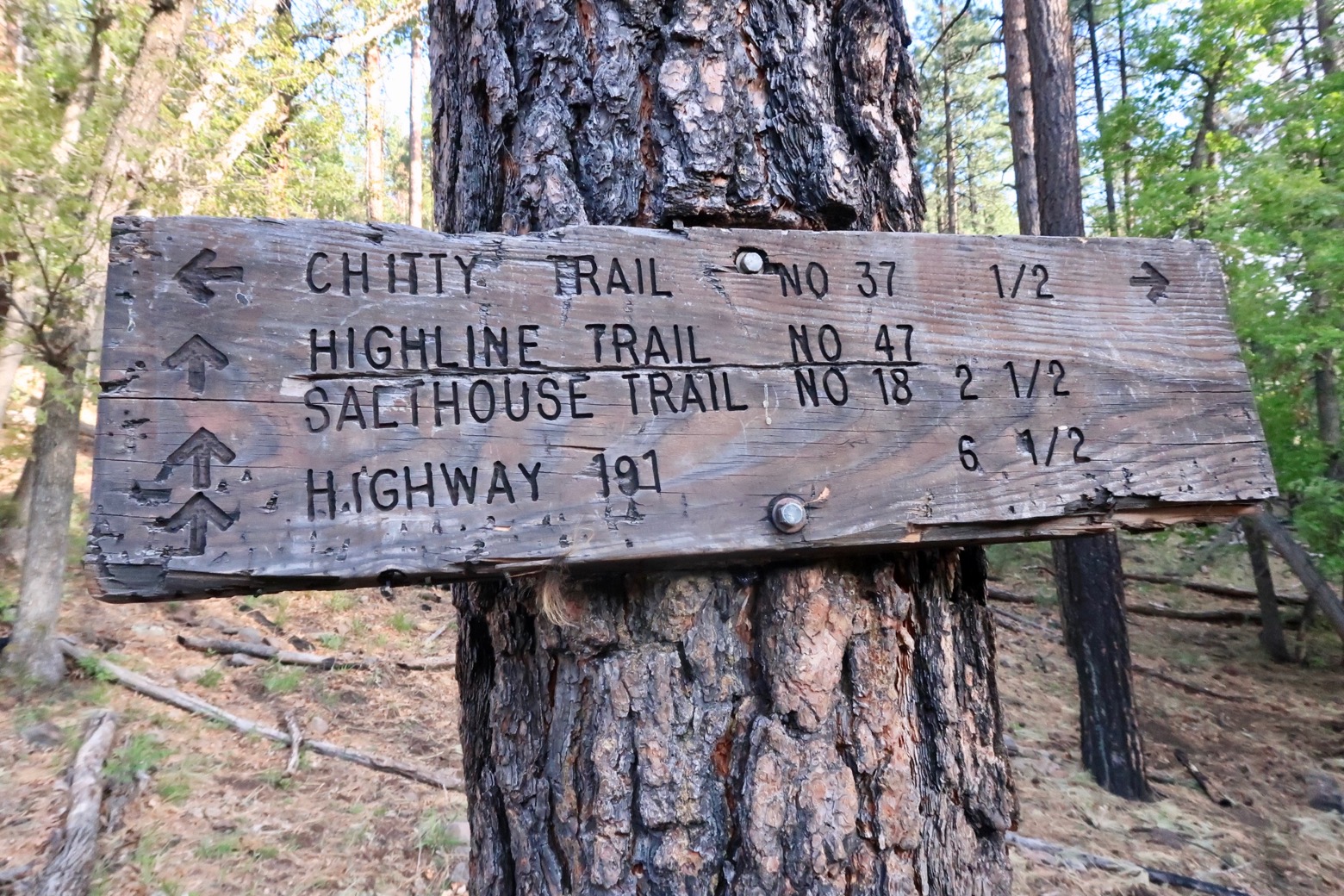 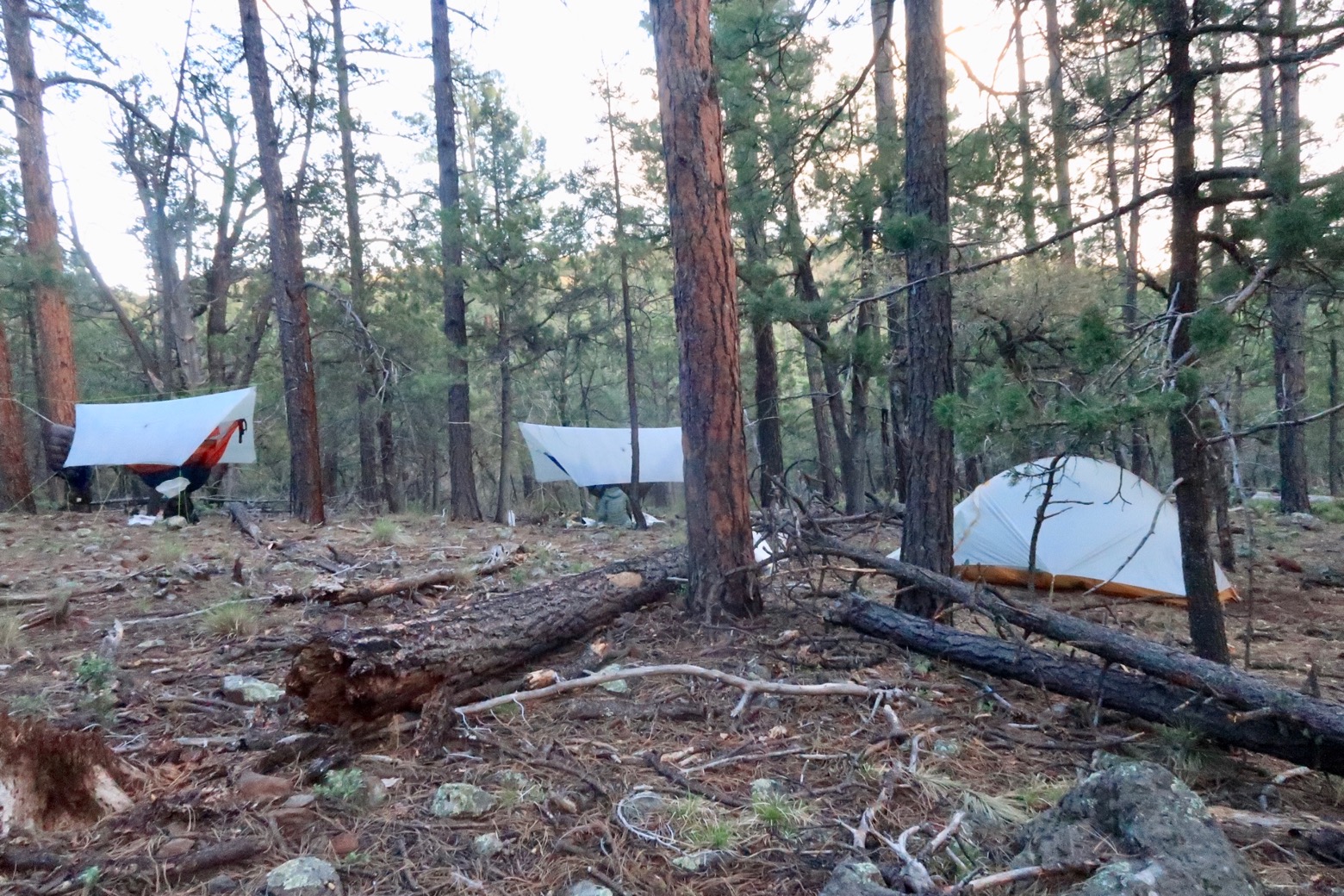