Today was a day of extremes. It started with very cold temperatures this morning. Our water bottles were iced, and Mace’s shoes and socks were frozen. Needless to say, we all started out bundled up as we headed out.

The walking started out extremely easy on a nice dirt road. We even ran into a hunter driving down the road who had seen us yesterday afternoon and stopped to make sure we were ok. The walk along the road was a steady climb, but so gradual that it was a nice walk.

Later in the morning, we came to an old trail heading down to Fish Creek. The trail was full of blow downs and spiny plants. These scratchy plants were different than what we dealt with yesterday, and were considerably worse. They looked like little saplings, but their branches weren’t very flexible. They had spikes that were as much as 3/4” long and once they got a hold of you, they didn’t want to let go.

Eventually we made it down to the creek and took a break to do laundry and to eat a snack. Then, the plan was to walk along the river before climbing out of the canyon. We tried to keep our feet dry with the river crossings, but eventually after about six crossings, we all had to just walk through the water and accept having wet feet.

The next extreme of the day came when we started to climb out of the canyon. There was no trail…just a direction for us to head – which it turns out seemed to be straight up a very steep hill. It was very tough and slow going as we worked our way up. This area (like much of what we’ve been walking through) has suffered fire damage, so we got lots of charcoal on our hands and clothes, and we were basically climbing up through a thicket of thorny brush. Definitely the most difficult scrambling of the trail so far.

After that ordeal, we were happy to get back on to another sort road for awhile. We stopped for lunch at the height of land. Beardoh has been putting up his hammock most days during lunch, and SweetPea and Mace just rest against their backpacks on the ground. Today we all fell asleep during lunch for awhile…the first time that has happened on this trail.

In the afternoon, we got onto another extremely bad defunct forest road. There were so many downed trees in the first few miles of this road, that the walking was really slow. We easily went over hundreds of downed trees over the course of the day.

We eventually made it to the point where we reconnected with the regular MRT. The bypass we walked was quite long…about 21 miles. As we looked at the map of the coming miles, it looked like we were just headed down a valley and there didn’t seem to be any wider contouring which would indicate flat ground for Mace’s tent. We decided to stop for the day and camp, since we were right near some flat area where people have obviously camped before. That meant that we were stopping for the day at 4:45pm. It seemed pretty early, but we are still ahead on our miles for this section.

We have our hammock tarps up tonight. It has been cloudy and a bit grey at times today. The wind has also been quite strong this afternoon, so we aren’t sure if some kind of system might be coming in. 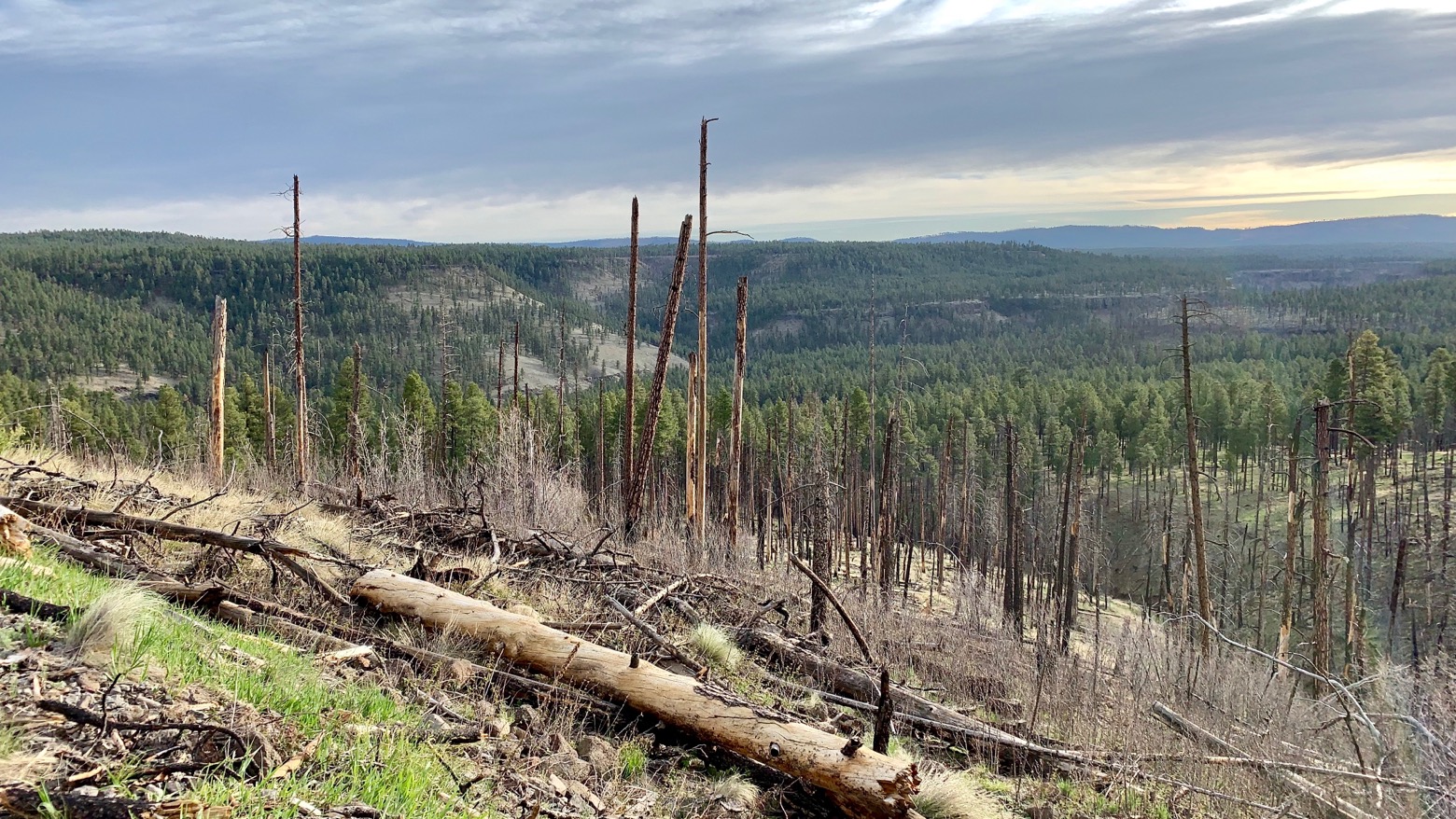 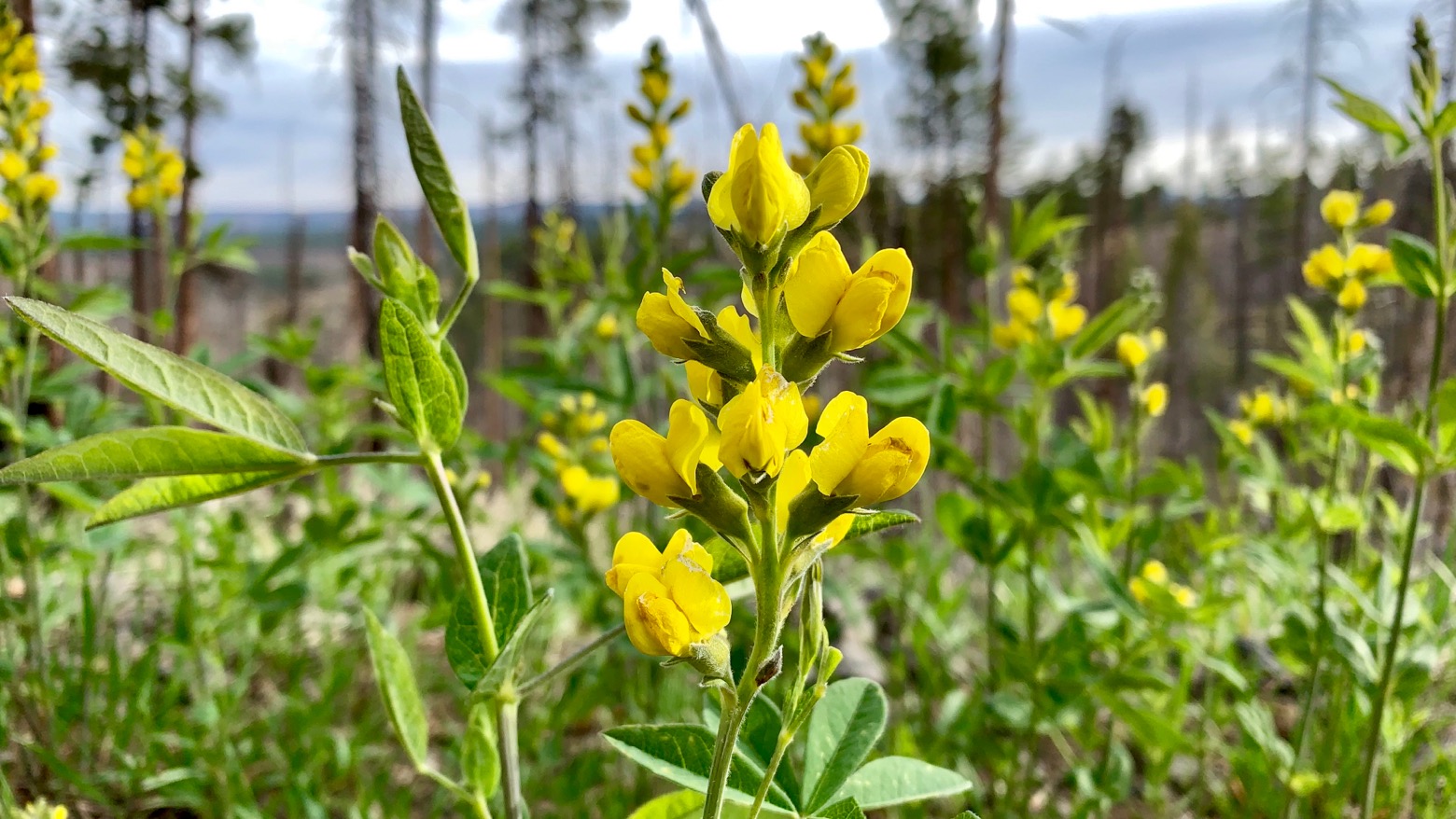 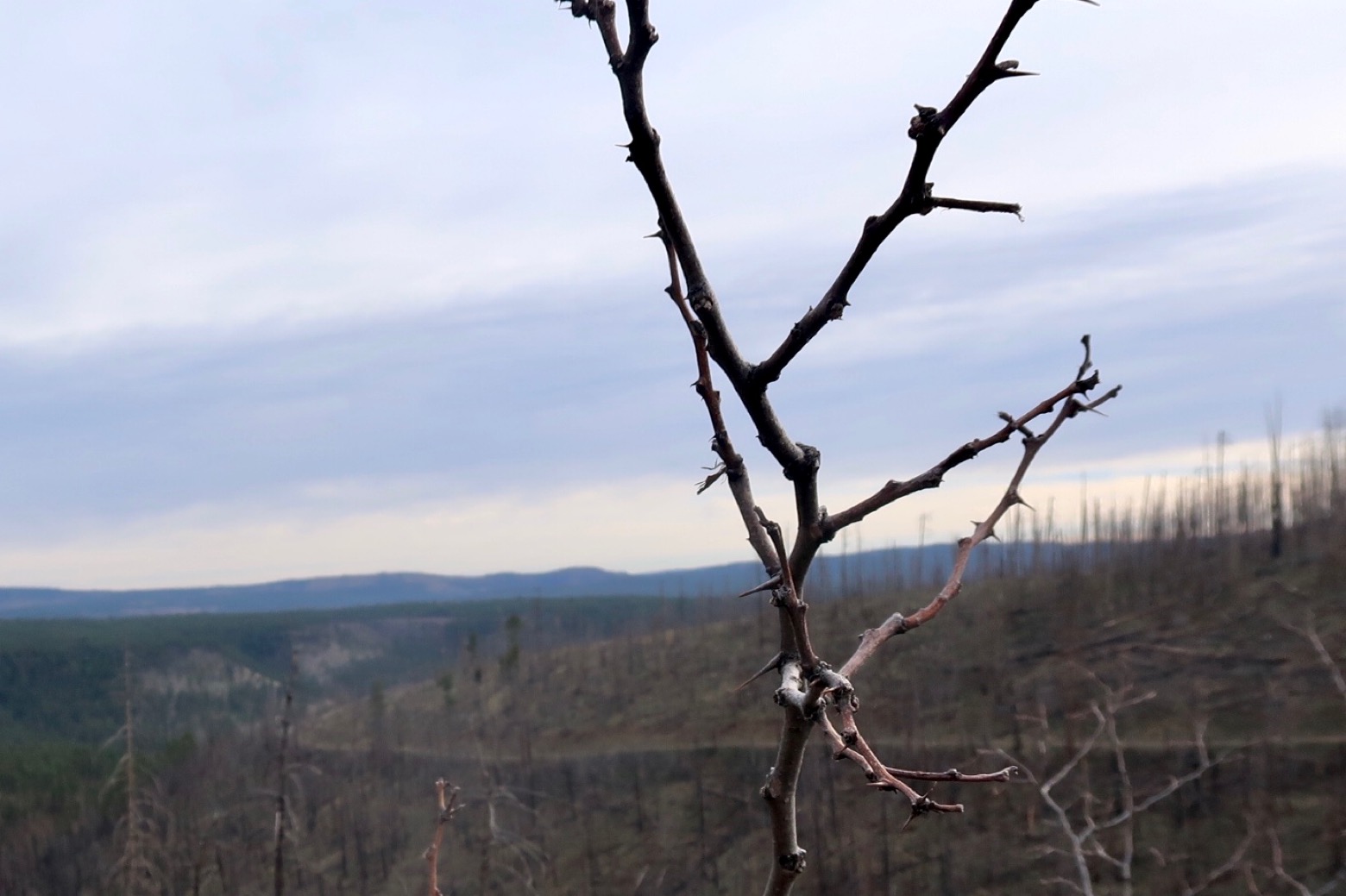 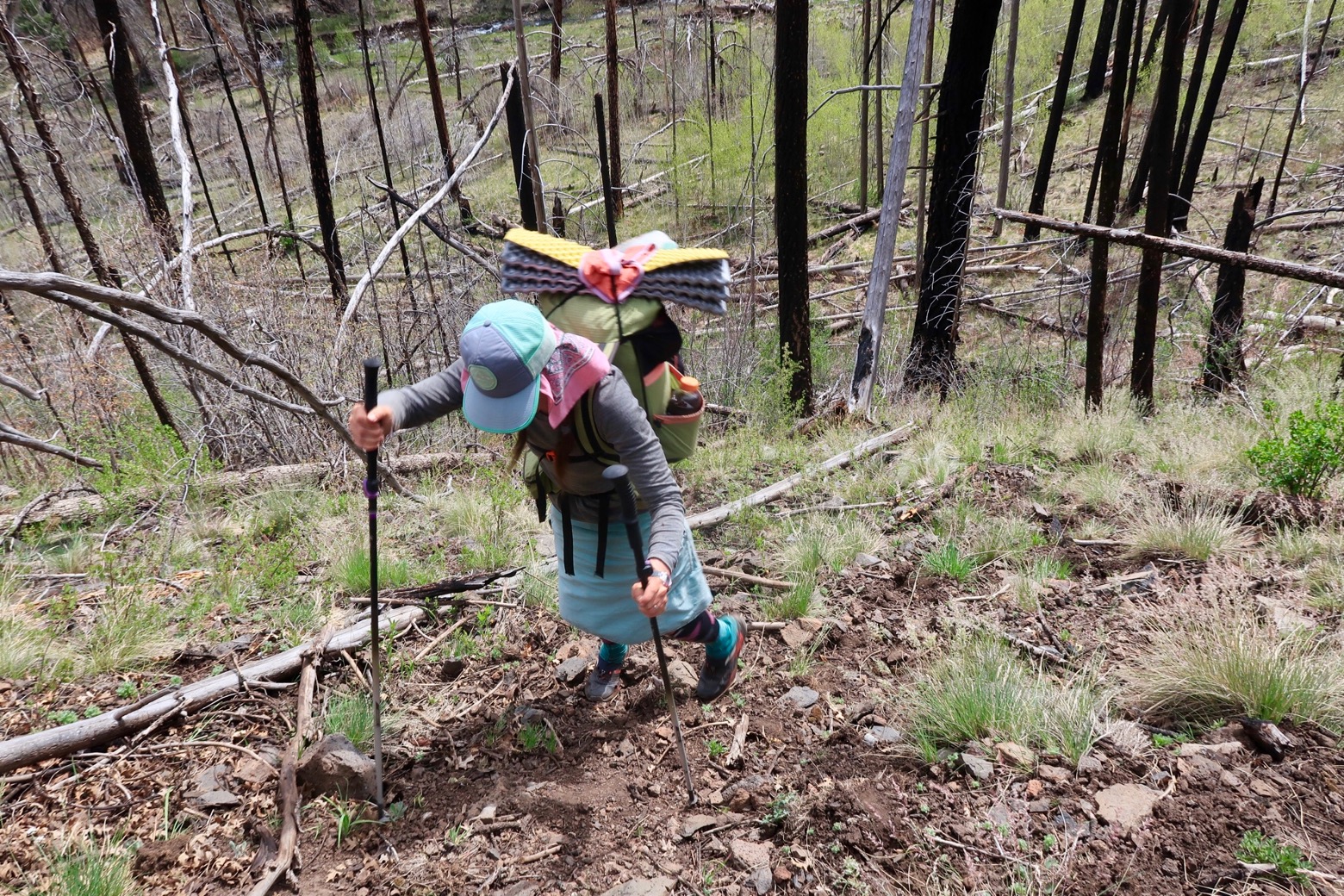 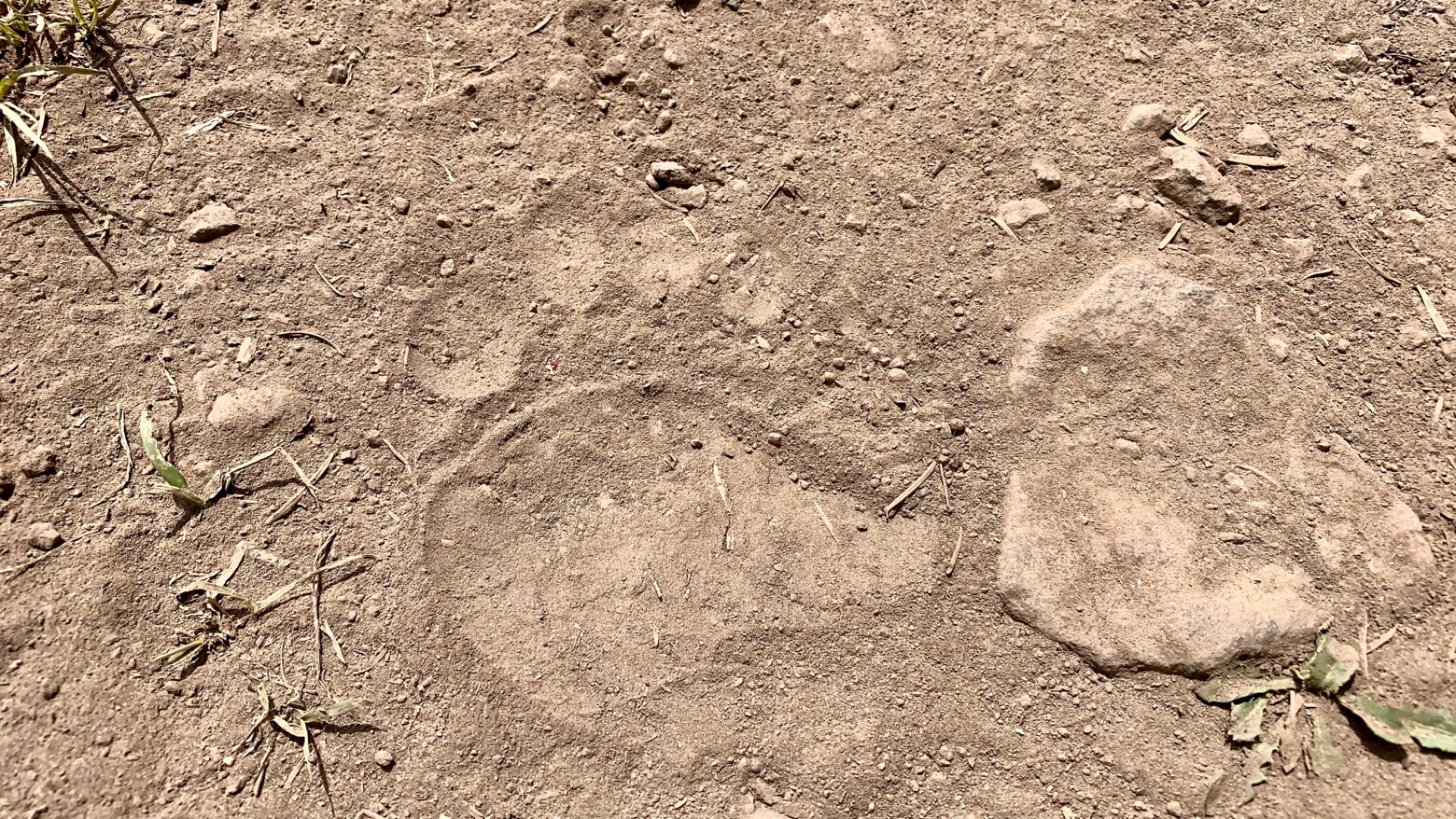 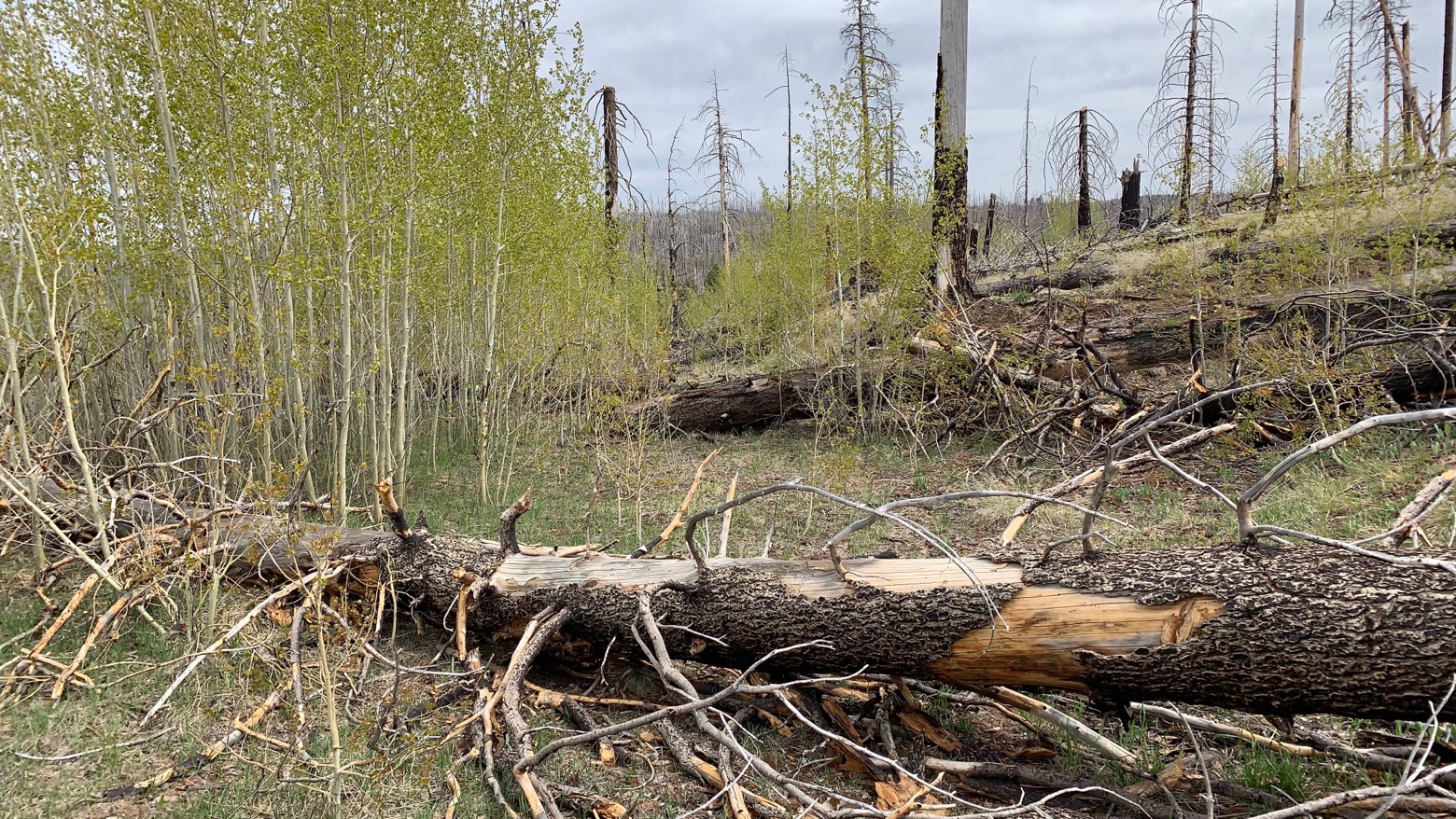