Well, our first full day on the MRT was a big combination of pretty nice trail, pretty steep trail, and rocky wash walking. We can gauge the difficulty of the day by the amount of miles walked versus the amount of time we walked. So, including breaks, it took us 11.5 hours to hike 17 miles. In our book, that equals a pretty tough day.

It was pretty chilly last night, but soon after we got up at 6am, we started to warm up as the sun rose above the surrounding mountains. We were walking by 7am and had some pretty nice trail that was relatively flat. The trail is often rocky, but it was not too bad this morning.

While we passed a very brown stock tank in the morning, we hadn’t planned to get water there, so we had enough to get us to another water source around noon. We found small pools of water off trail in a wash, and it was clear and cold, which was nice.

A few miles after lunch, we came to a large wash that was basically just a field of rocks. We had to walk down the rocky wash for three miles. We were warned that it would be slow going, but we managed to keep a reasonable pace with a few breaks. Our feet and ankles got a bit worked over on this section, but we were thankful that we made it out of there without any twisted ankles. There was a lot more water along this wash than we had expected, and it was nice to find the extra water, since it was warm out in the afternoon.

Once we got out of the wash, we missed the side trail and instead walked up a drainage about a quarter mile. Once we realized we had missed the trail, we backtracked until we found the cairn which marked the trail turnoff. This trail turned out to be much steeper than we had expected. Since we were already tired from the rocky wash walking, the uphill came pretty slowly. The trail didn’t seem to have been maintained for awhile, and at times we were just trying to sneak between two cacti, both growing into the trail. Mace seemed to get the brunt of the “cactus kisses” today, with stabs in his feet and legs.

We took a break near the top of the climb in order to eat something. We were pretty wiped out and figured we needed some fuel to get us the rest of the way to camp. We had planned to sleep near the ruins of an old cabin, where there is water, but we ended up stopping about a half mile shy. We had made it to a really nice pine forest with good camping options and since none of us needed more water tonight, we decided to just call it a day.

While it was a challenging day, we really enjoyed the blue skies and the beautiful scenery around us. The red cliffs and deep canyons provided so many picturesque vistas. We’re excited to see more of the Red Rock area as we get closer to Sedona. 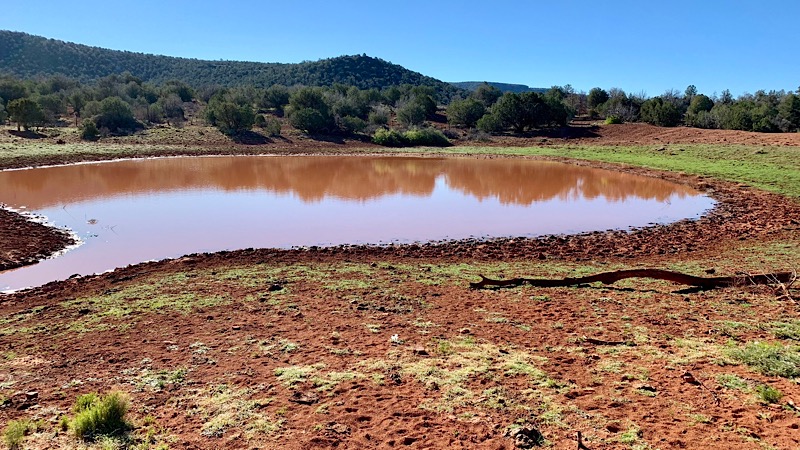 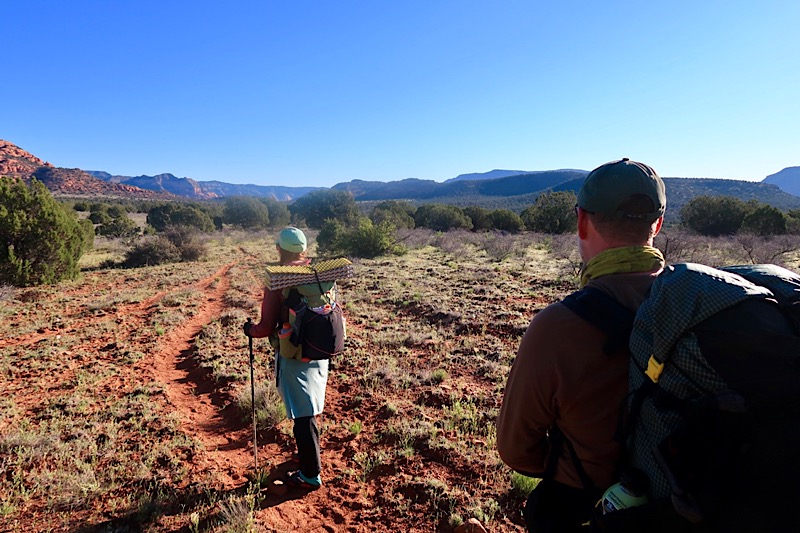 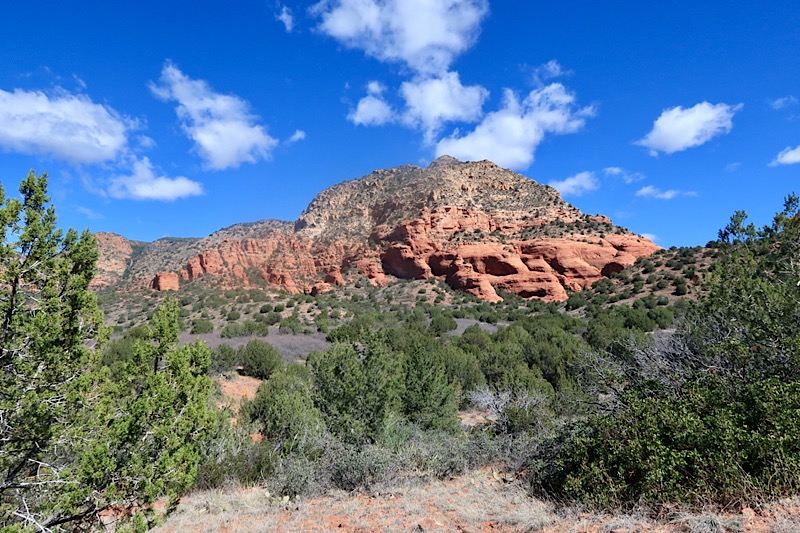 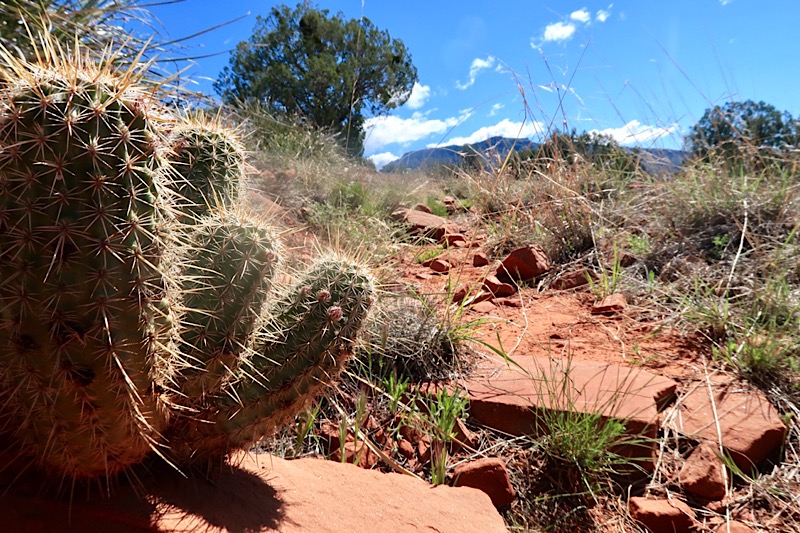 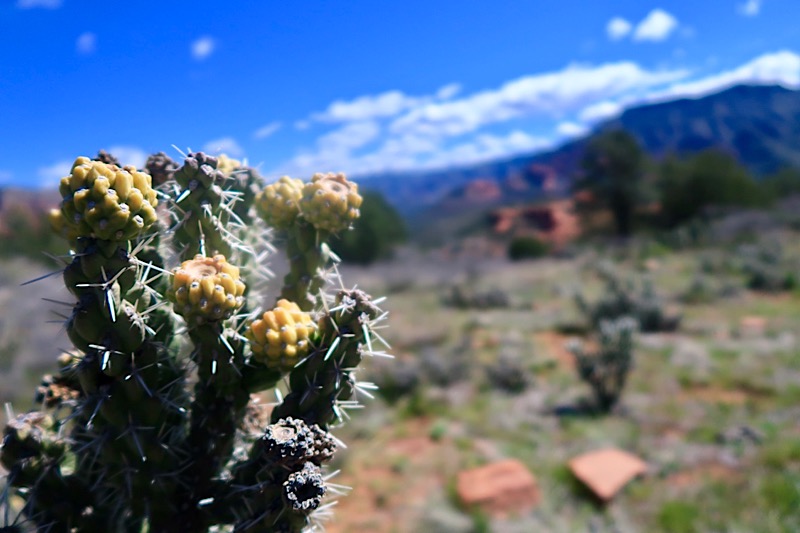 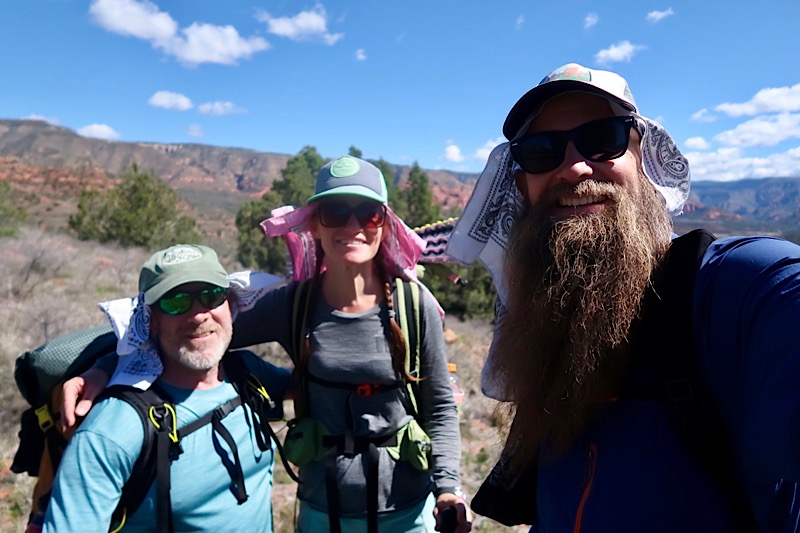 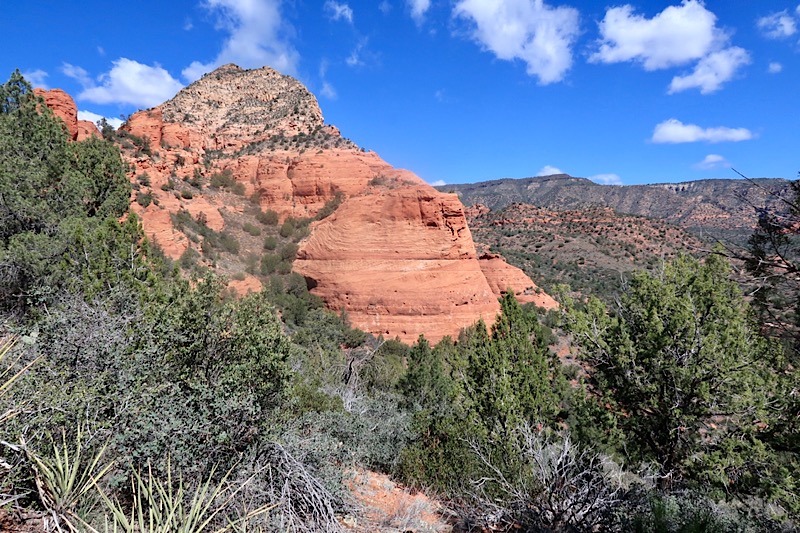 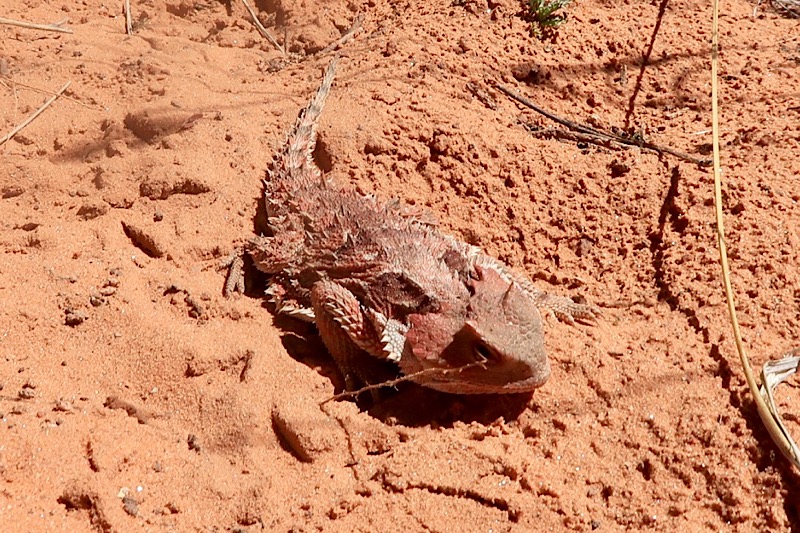 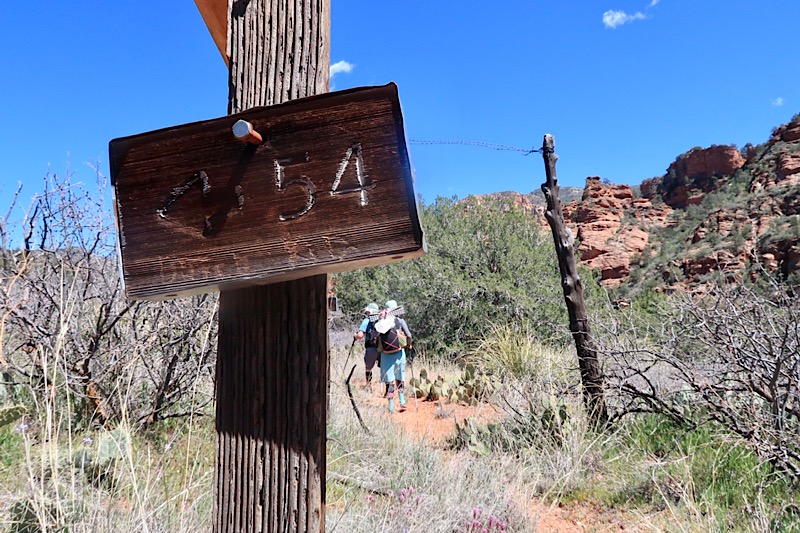 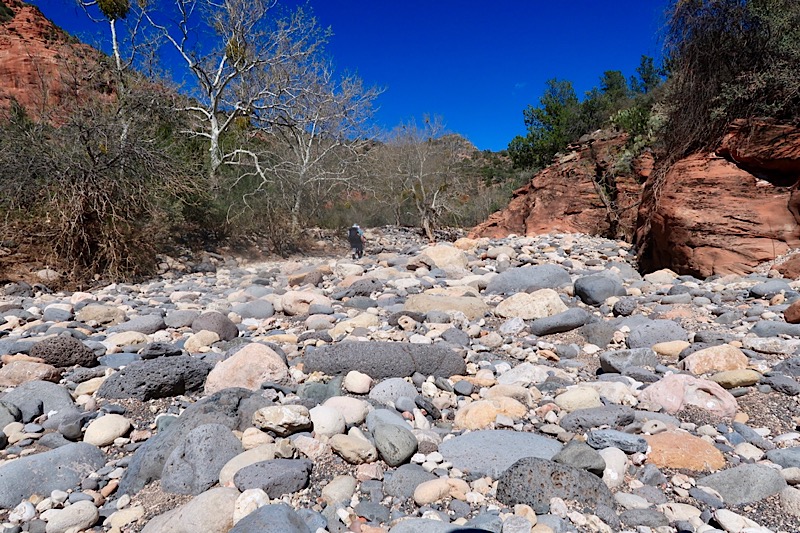 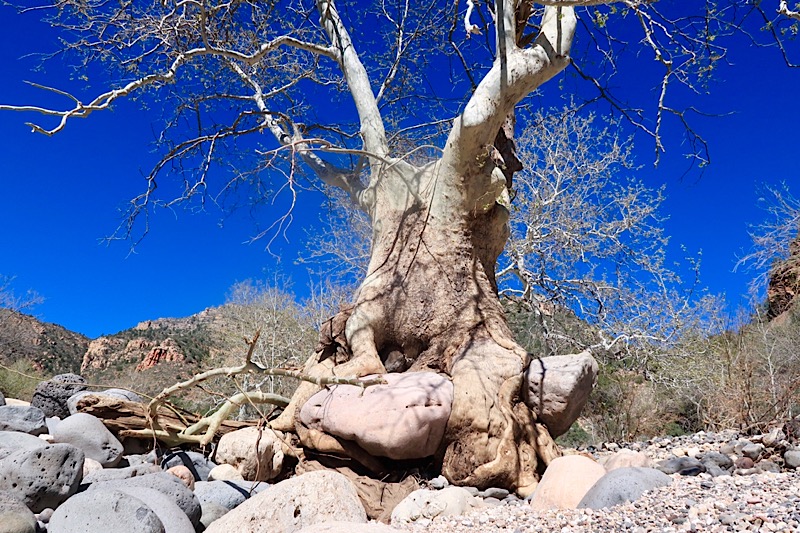 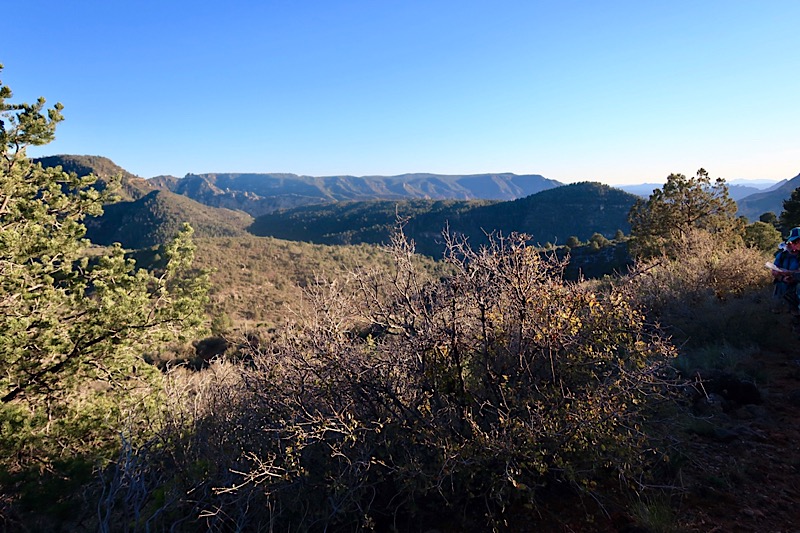