It was another beautiful morning as we got started walking. Again the day was primarily spent on dirt roads, which allowed us to make good time. We had six miles done by 8:30am when we got to our first water source and took a break.

We spent most of our day on the General Crook Trail, which is an old pioneer route, rebuilt by the Forest Service and the Boy Scouts. Mostly it just looks like regular dirt roads, but sometimes the trail would go wondering off-road. The trail is marked by white, metal chevrons on trees, so we had something to be looking for as we walked today.

Before starting this section, we were told of “horse cairns” to be found along the way. We weren’t really sure what that meant, but over the past few days it has become very clear. For some reason, the instinct of the wild horses is to poop on top of the poop of another horse. This keeps happening, creating a very large mound of horse poop. We can’t imagine the evolutionary benefit of this for horses…it just seems really weird.

We did see several groups of horses today, which continues to make us happy every time. One was even a little pony, which looked a bit tussled, but hopefully it was ok. There is so much grass for them to eat, so generally they have all been looking very healthy.

At various times during the day, we had quite a bit of time walking through areas which had suffered fire damage in the past. A lot of the area looked like it was very slowly recovering…a lot of bushes and some small trees, but it has a ways to go. The sun felt really intense during these areas, because there was no shade to be had.

We got to the end of the General Crook Trail shortly before stopping for the day. We are camped within view of a state highway, but it isn’t very noisy, and since we sleep with earplugs, it shouldn’t be a problem.

Our feet are still quite sore at the end of each day. The rockiness of the trail hasn’t really subsided. The soles in Beardoh’s shoes have started to break down (it is almost like they are paper fiber, as they have become super soft) , so he’s on Mace’s phone now trying to order a new pair of shoes. It’s a bummer since his shoes were new coming into the trail…not that many miles on them yet. 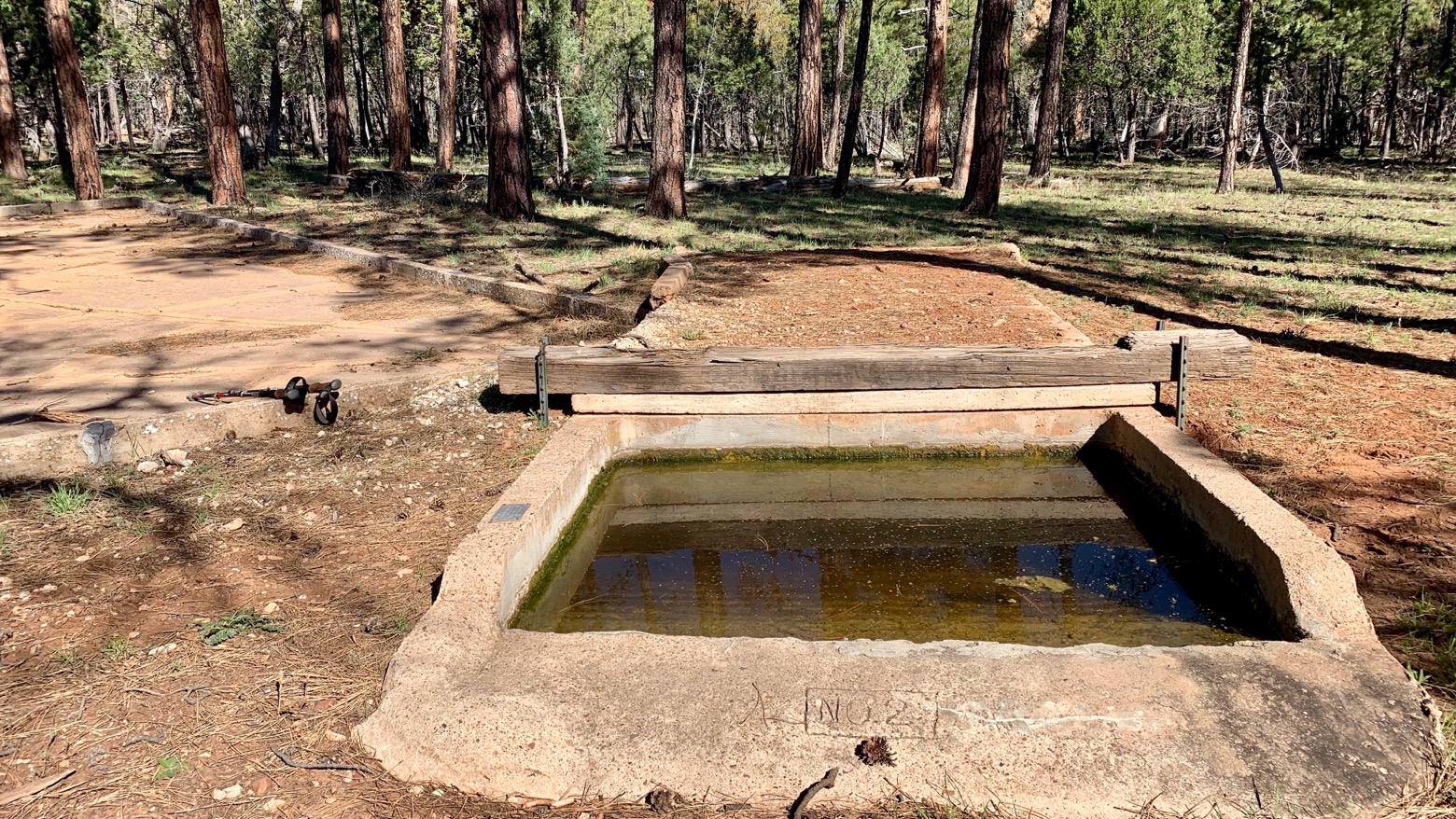 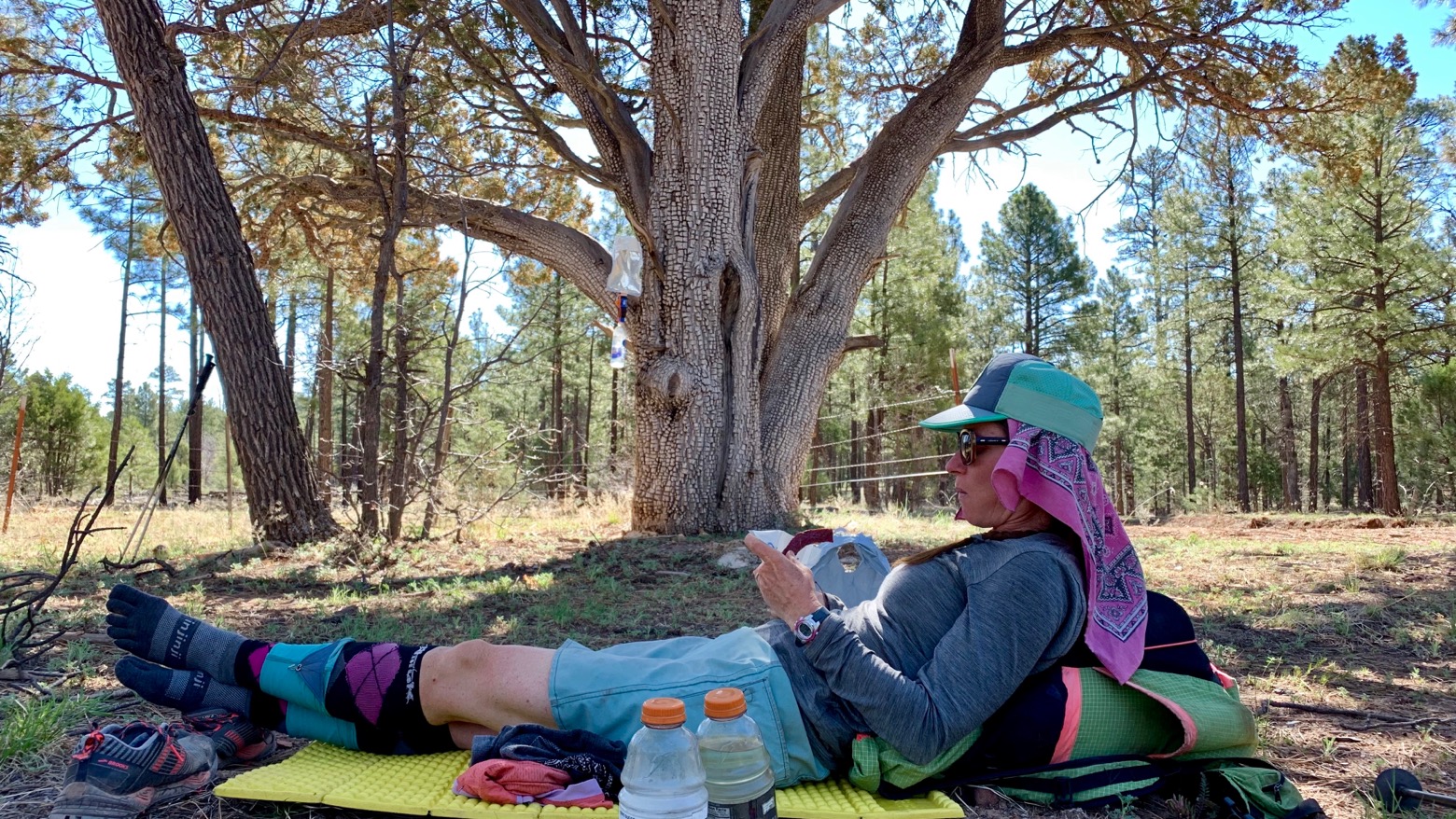 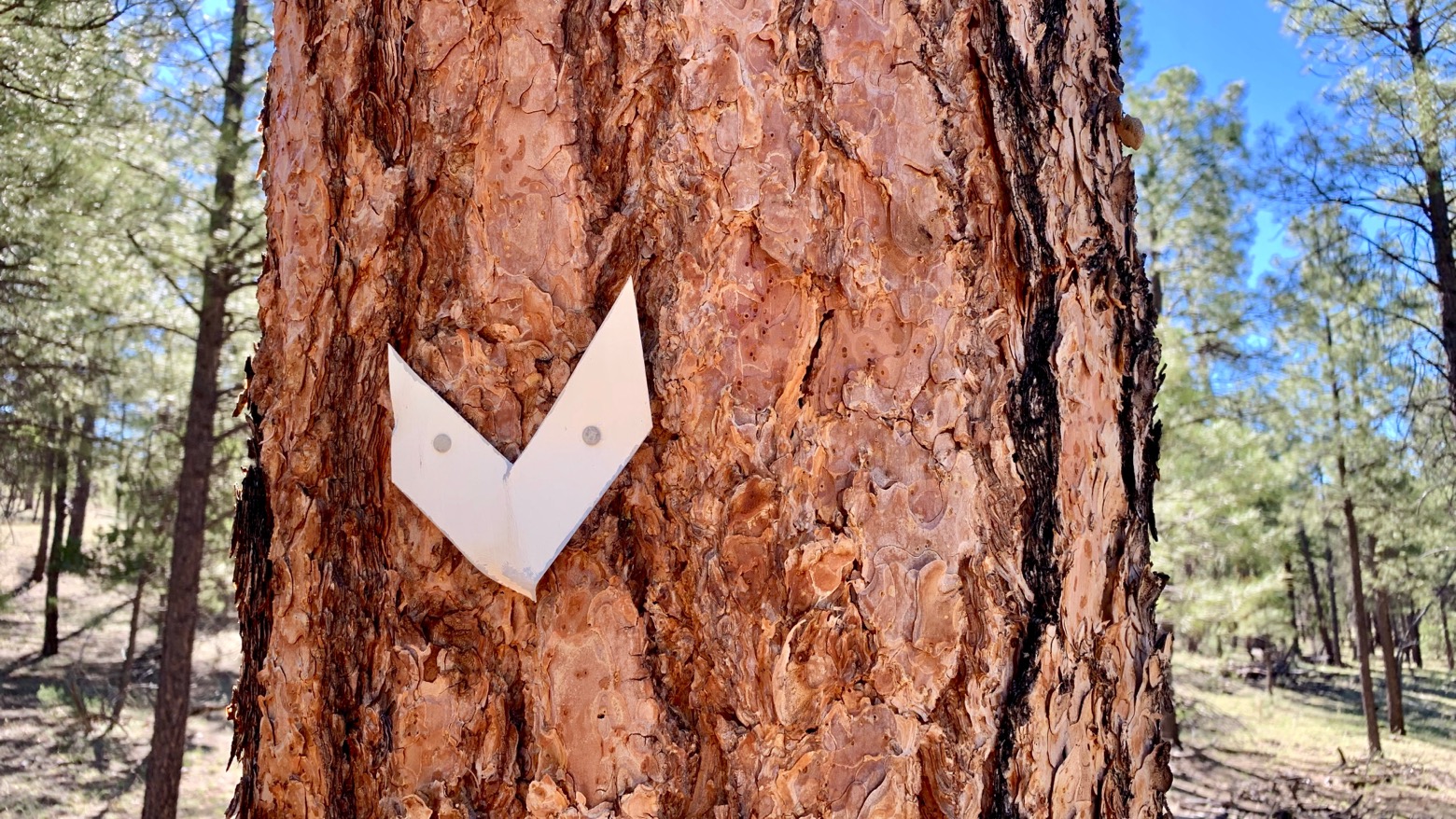 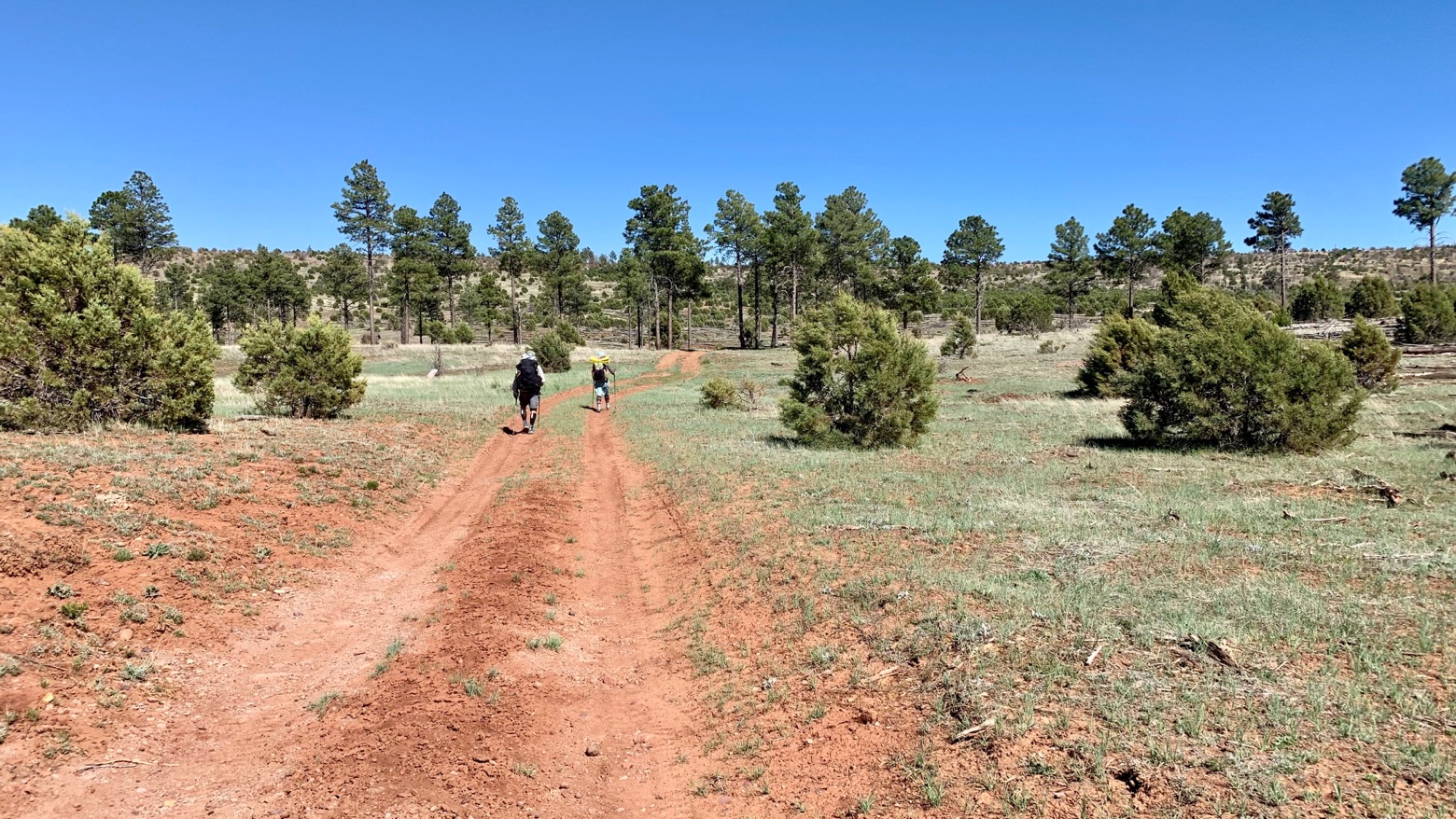