Last night turned out warmer than we expected and it was a great temperature for sleeping. It did get a bit windy overnight, but we still all slept good.

As we were packing up, a mountain biker rolled through. Hewèe is from the UK and is biking the whole AZT. He was pretty funny to chat with, but he also mentioned that the mountain bike racers were going to be starting to come through. In fact, the biker in first place was camped not too far behind us. We were pretty surprised to hear that the race had only started a few days ago. We’re used to it starting closer to the first week in April. We realized that this is the third time for us to be walking a portion of the AZT during the bike race (AZT in 2015, GET in 2018, and now the MRT).

The first place rider passed us an hour or so later as we were getting water at a creek. He was definitely on a mission and had no time to stop and chat. We did quick greetings as he rolled by and that was it. We didn’t see any other racers before our trail split off from the AZT.

While the AZT climbed up onto the plateau, we continued on the Highline Trail which stayed between 6,000 and 6,500 feet during the day. The trail had been described in the section overview as kind of a rollercoaster, and we would agree with that…lots of short ups and downs. In parts, the trail was really well switchbacked, but in other parts it was a quick and dirty climb up. The trail was also very rocky most of the day, which always tires out our feet.

Parts of the Highline Trail have suffered from fire damage in the past. The trail has been largely restored, but the biggest problems are still where creeks intersect the trail. Any descent to the creek (or ascent out of the creek) has been washed away and now there is just a five foot or so drop off into and out of the creek. SweetPea fell climbing down to one of the creeks, and Mace took a tumble at the next creek crossing.

Another thing to watch out for on the damaged trail was pieces of rebar sticking up from the ground. They had originally been holding pieces of wood in place for trail infrastructure, but once the wood rotted or burned away, the rebar was left in the ground, sticking up five inches or so…a pretty easy thing to trip over.

We had seen that the forecast for today had a chance of rain. As the grey clouds came in, we could see the rain in the distance and hear the thunder rumbling. It looked like we might just stay to the side of the rain, but in the early afternoon, we got enough light rain that we decided to put on our rain gear. It didn’t last long and then the sun came out intermittently again.

We felt like we were able to get in some good miles today. The trail was fairly easy, and we tried to keep our breaks to less than 40 minutes. We know we need to bank some miles today and tomorrow so that we can make it into Forest Lakes Estates early, since their post office closes at 1pm.

As we were starting to look for a campsite, the rain came back in earnest. It seemed to let up a bit as we were setting up and getting our stuff organized. As we all are in bed before 7pm, the rain has come back, so we have some pitter-patter of raindrops to listen to. 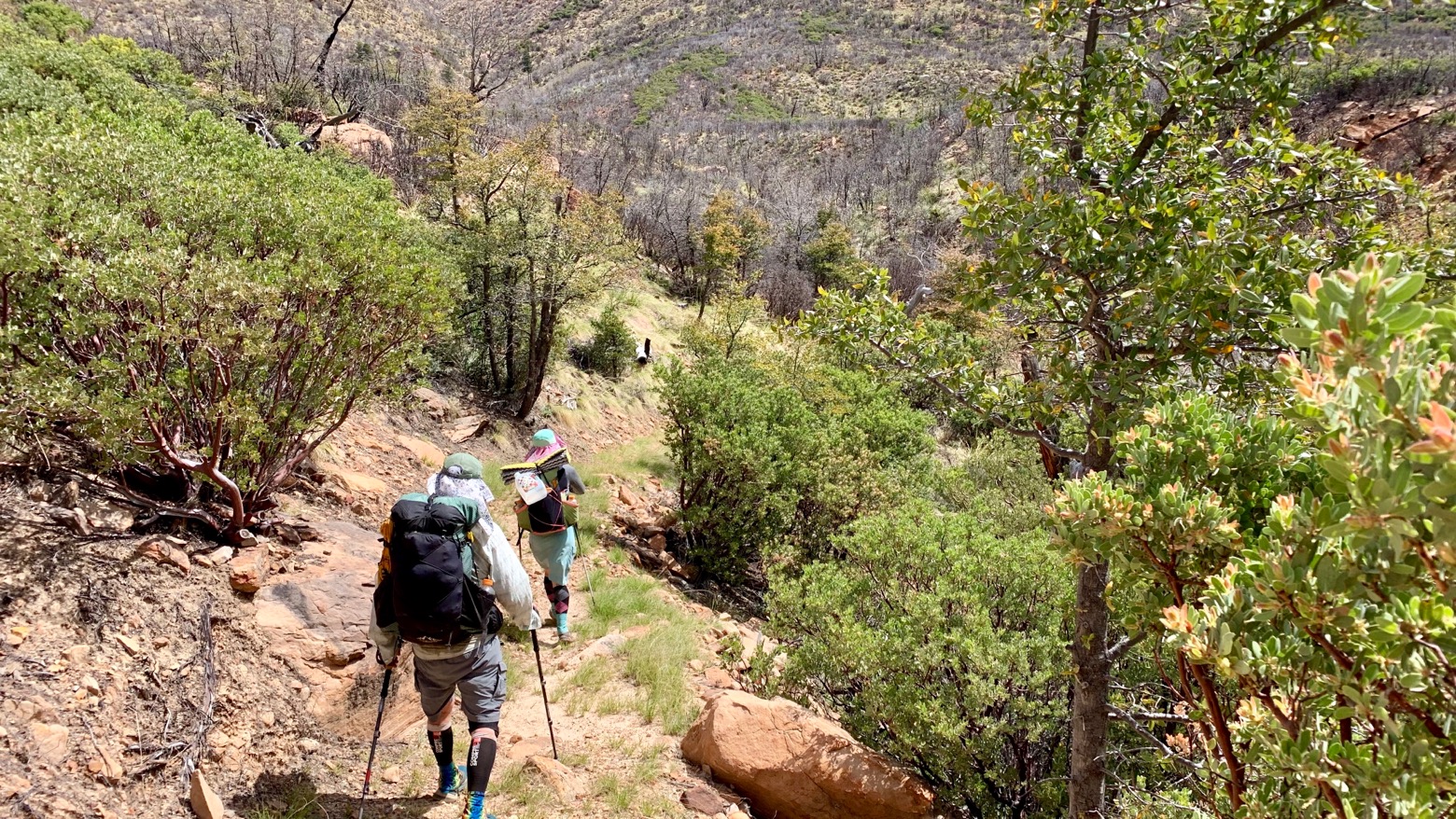 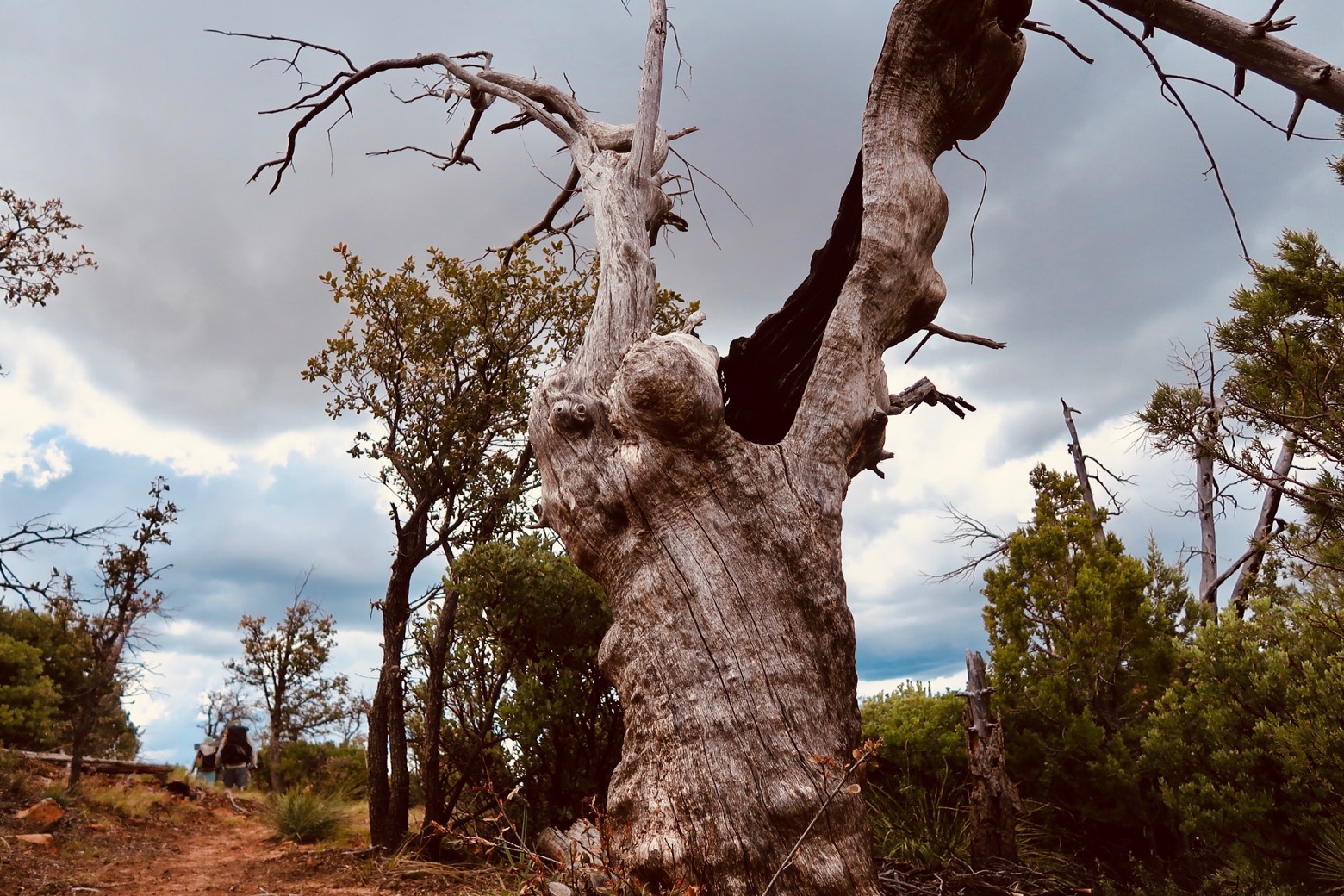 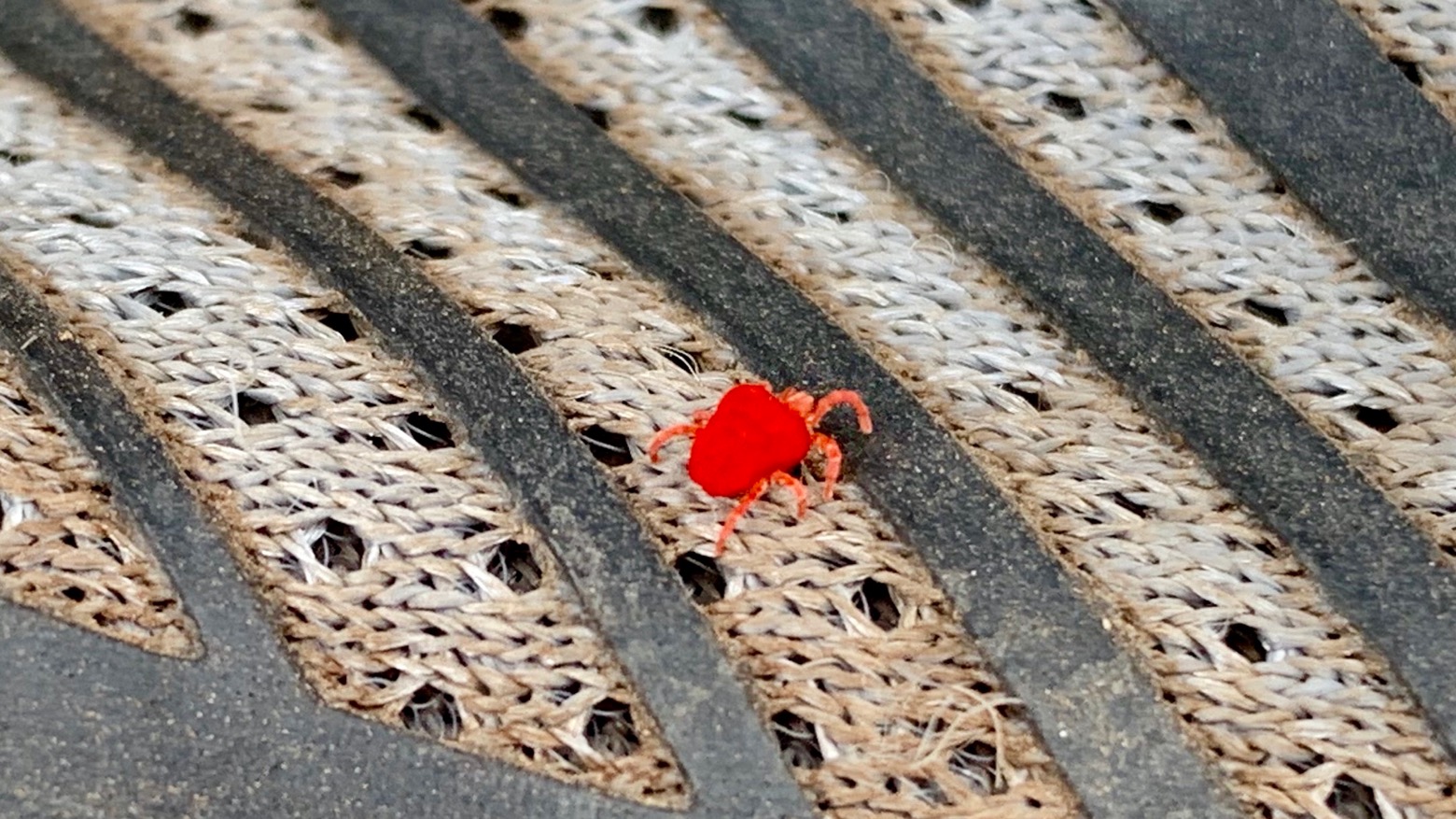 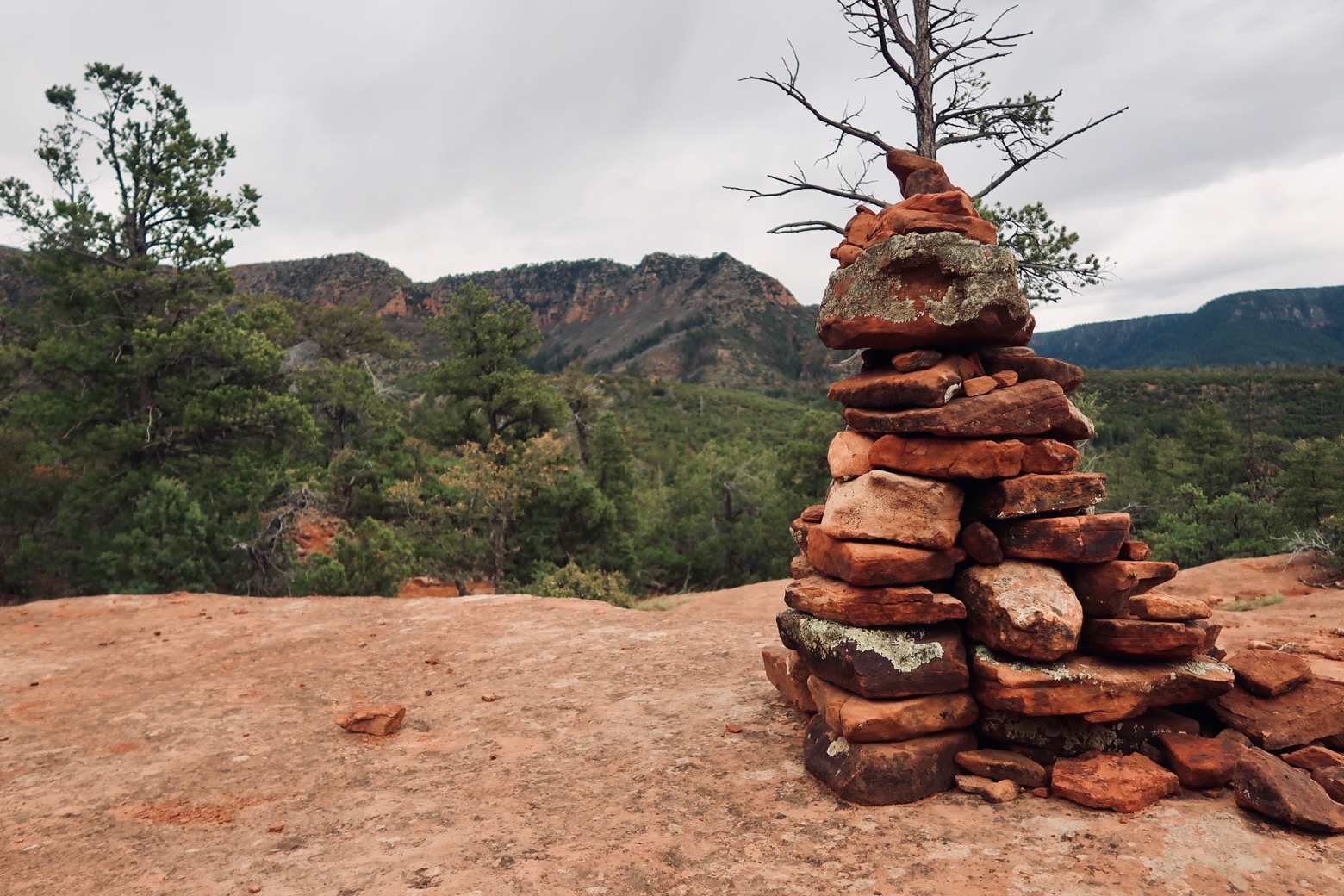