Left Crabtree Meadows at 7. While it wasn’t terribly cold at Crabtree, the water in my bottle was starting to get slushy as I approached Guitar Lake and the actual climb up to Whitney. Once I was in the shadow of Mt Whitney, I was really ready for sun. Had my gloves on for most of the climb up.

Made the summit around 11am, with big blue skies and little wind. There were many people on the summit – some JMT hikers and many day hikers. In 3 summits of Mt Whitney, I have been very fortunate to have great weather every time. I am lucky.

I stopped at the lake at the bottom of the major climb to do laundry and relax. There was a guy coming down Whitney who said he was going to do the JMT in under 4 days…averaging around 60 miles per day.,,,hmmm…..

I saw one hiker multiple times – he had left to see sunrise from the summit early today, and then saw him going back about 3pm to summit again with girlfriend…again. What a beatdown. 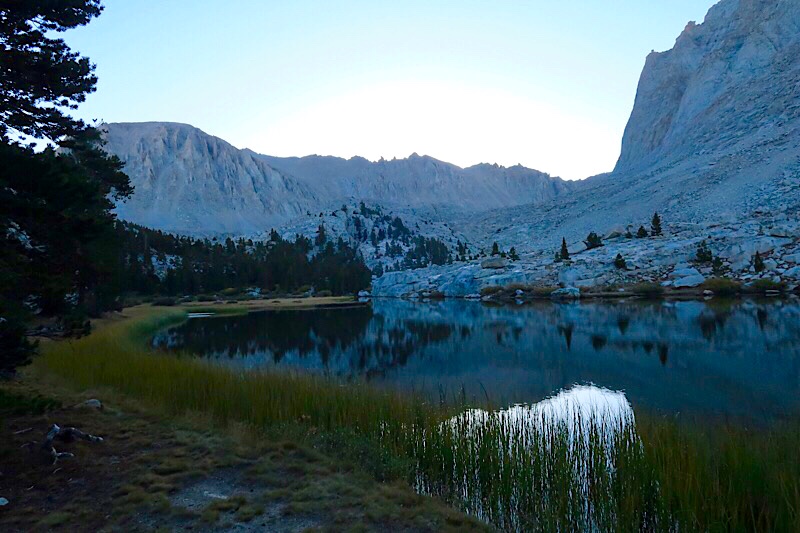 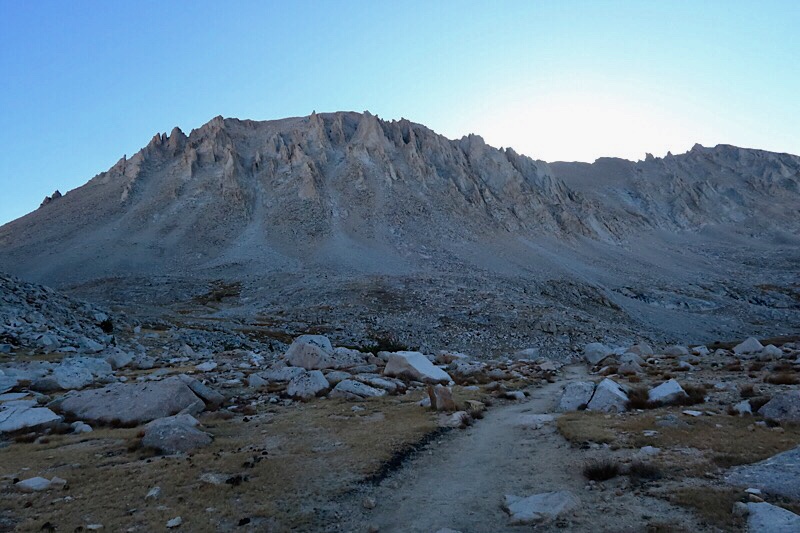 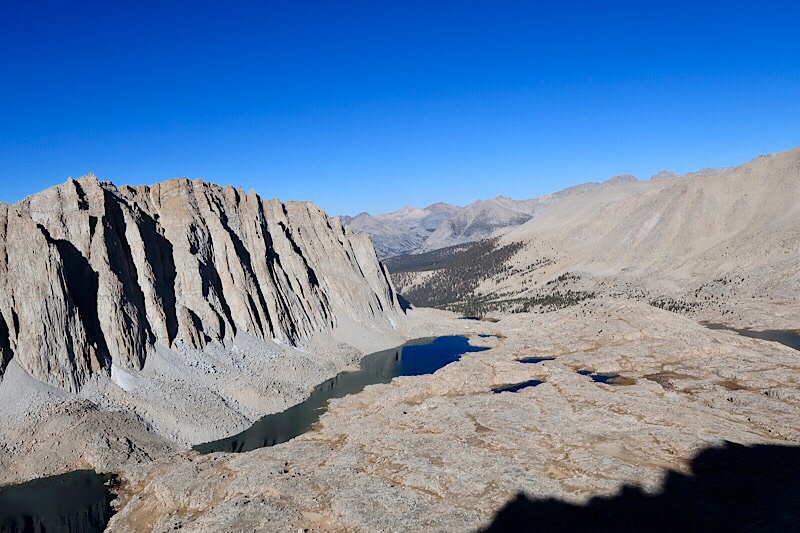 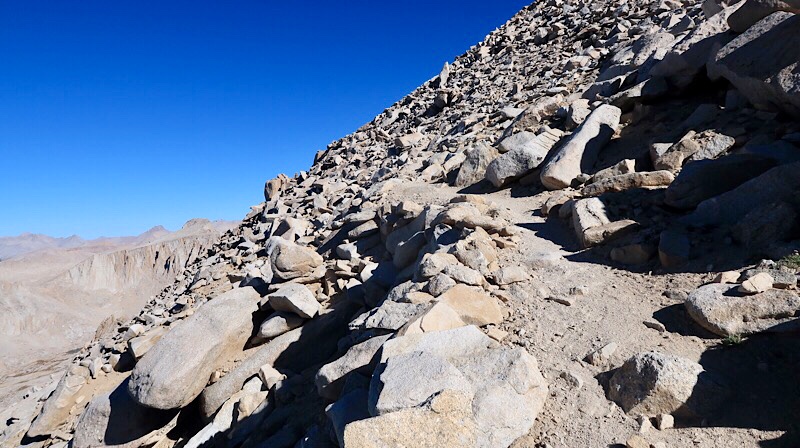 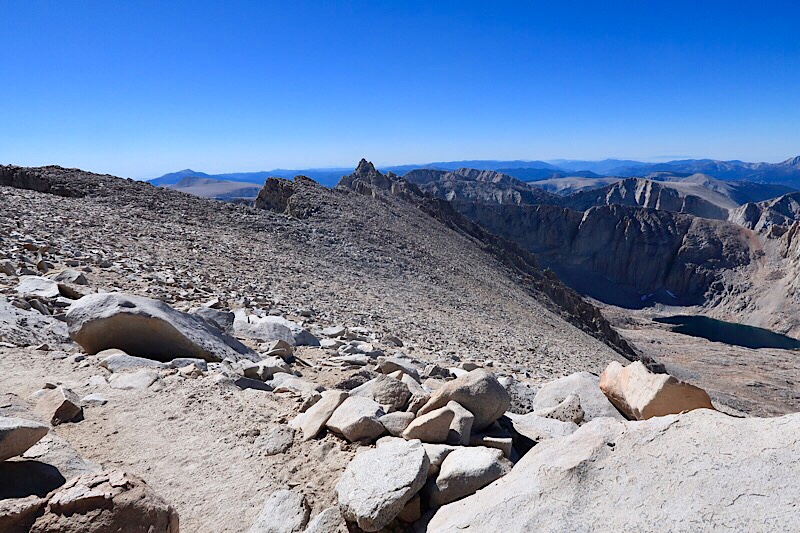 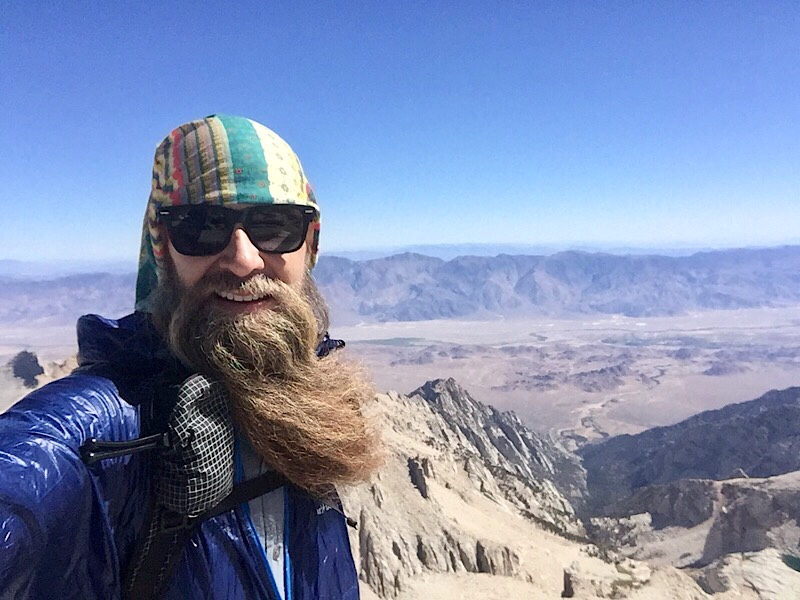 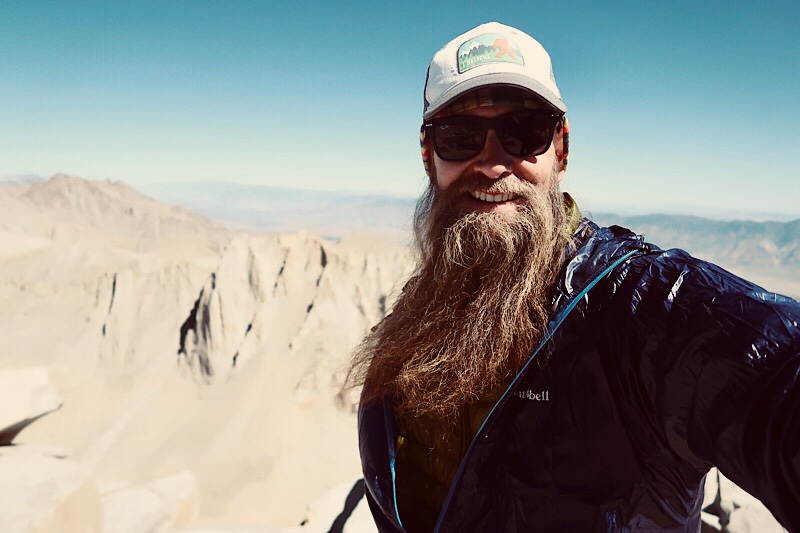 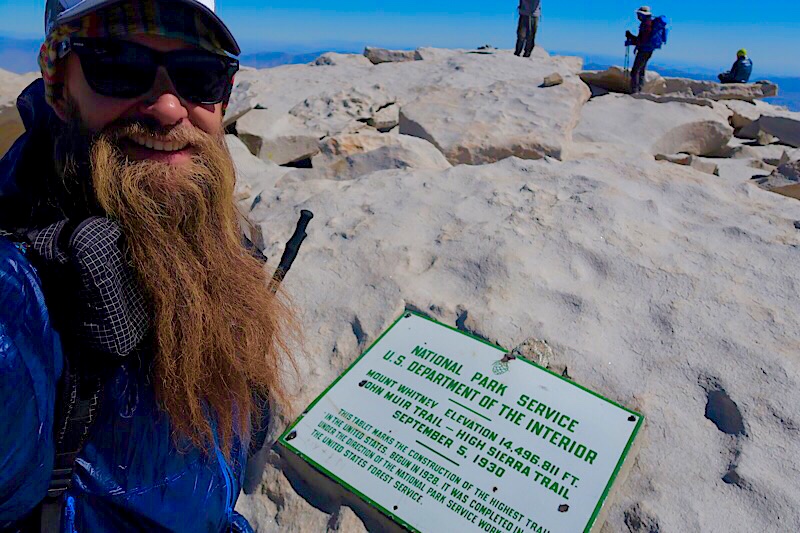 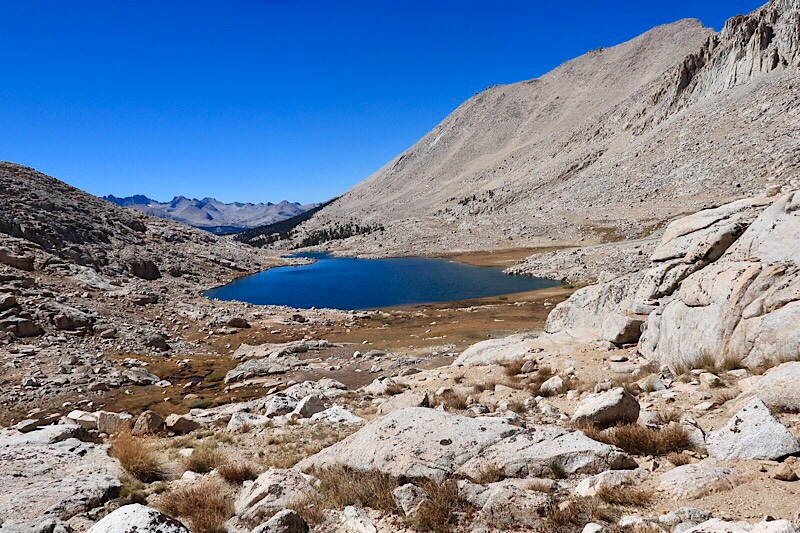 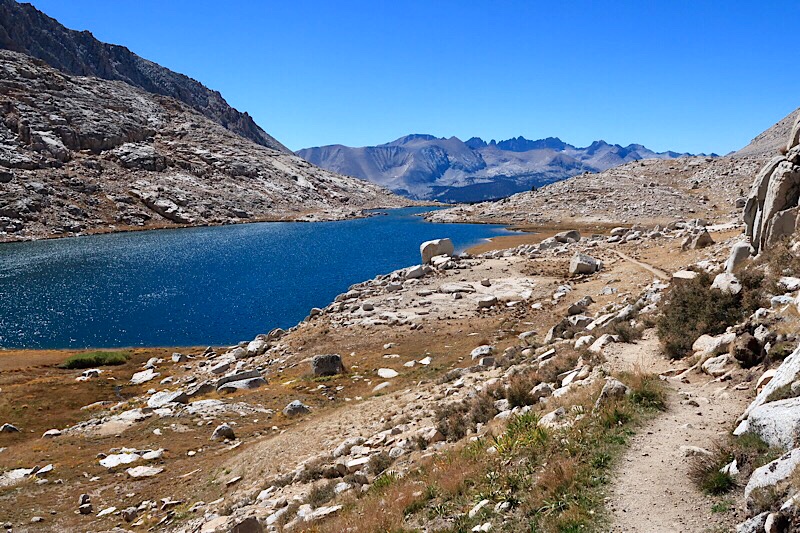 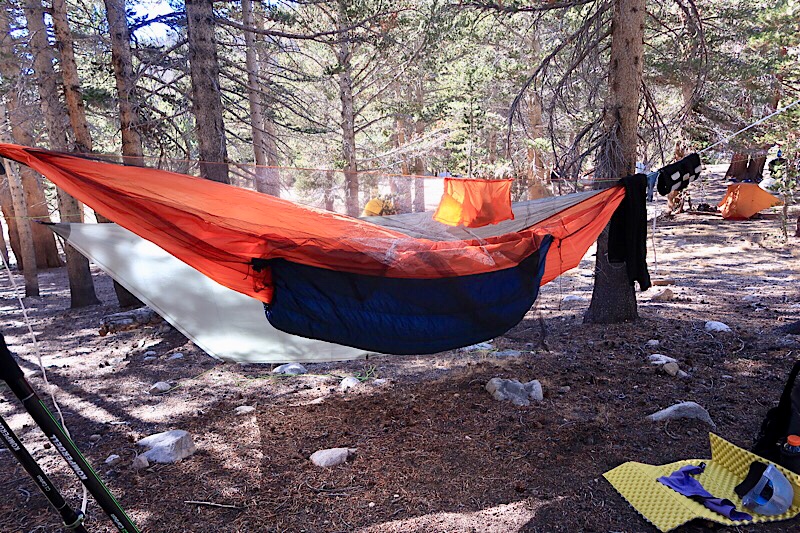