We were happy to be camped in a canyon last night, as the wind blew strong off and on through the night. The temperatures were definitely lower than any other night on the trail so far, and it made for good sleeping.

We decided to ignore our alarm this morning and laid in our sleeping bags until 7:15am. Then we packed up at a leisurely pace and eventually started down the trail. It was good not to feel the pressure to do lots of miles today.

The walking was really easy this morning as we just followed a jeep road (and then gravel) into the town of Klondyke. The road crossed the creek another ten times or so, so our feet were soaked again, but we tried to walk really carefully so that we didn’t get any sand in our shoes.

When we were walking in, we were passed by an REI Adventure van heading out towards the canyon. A while later, it came back and the driver stopped to see if we needed anything. We passed on the offer for a ride to town, but we chatted with him for a bit. He had just dropped off a group for REI’s first guided trip through the Aravaipa Canyon. It was interesting to see that REI was doing such a trip.

Klondyke is a town that doesn’t really have any services. We dropped off a package here a few weeks ago. The general store in town closed years ago, but the owner allows hikers to send boxes to a freezer which is in back of the store. Hikers would literally address their box to “The freezer behind the store”! Crazy to think that USPS would recognize that.

We spent the afternoon hanging out on the porch of the BLM Ranger Station which is next to the defunct general store. The Ranger Station is closed, but there are outlets and comfy chairs on the porch, so it is a nice place to relax. It continued to be windy, and in the shade of the porch, SweetPea ended up wearing her windshirt and down jacket the whole time.

It looks like we have enough extra food coming in here to be able to eat for the rest of today (there are no stores here) plus enough for an additional day in our next stretch. We originally planned the next stretch to be 5 days, but we added a 6th day of food to give us one flexibility. We know this stretch coming up is pretty difficult, so we figured the buffer of extra food was a good idea.

We ended up spending four hours on the porch, which was plenty of time to relax and get our devices charged. Before heading back to the trail, we stopped by the home of the store’s former owner, Bonnie. She likes to take photos of the hikers she meets as they pass through. We had been really surprised when we got our box out of the freezer, that there were boxes for six other hikers. Since we had started pretty late in the season, we figured we were possibly the final hikers, but apparently not. Bonnie said she had met about six other hikers so far this year.

When we walked out of town back to the trail, the wind was so strong. We passed a rancher near the spot where we got back on the trail, and he offered to drive us up the jeep road for a mile or so, so that we could avoid a really sandy stretch at the beginning. – he also said it would be good to do so rather than bother the cows as we past by – not sure what that meant. Maybe the cows are used to the four wheelers but walkers scare them? We figured we would take him up on his offer, and it was great to get a bit of a head start back into the mountains.

We continued walking up the steep jeep road and crossed into the Coronado National Forest. We missed a turn off from the jeep road for our trail and when we realized it, we turned back. We decided not to go much further tonight as the sun was starting to set quickly. Thankfully we had realized our oversight within 1000 feet.

We found a flat spot, which unfortunately is rather exposed. We set up one of our poncho tarps as a wind block, and luckily the wind has died down since we set up camp. It is pretty chilly tonight and we both have several layers of clothing on. What a difference a few days and a few thousand feet of elevation can make. 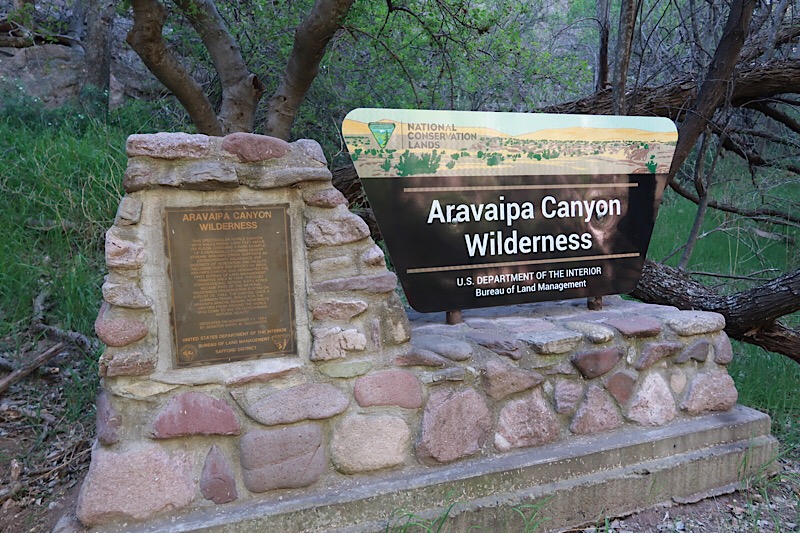 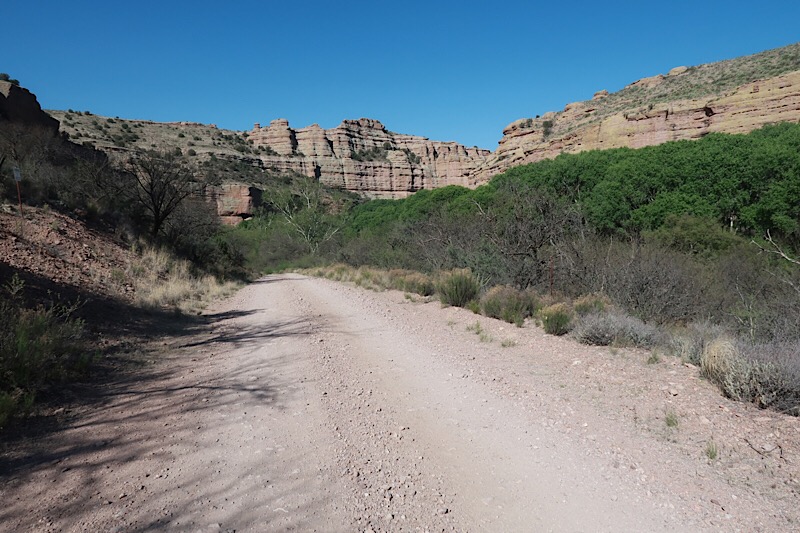 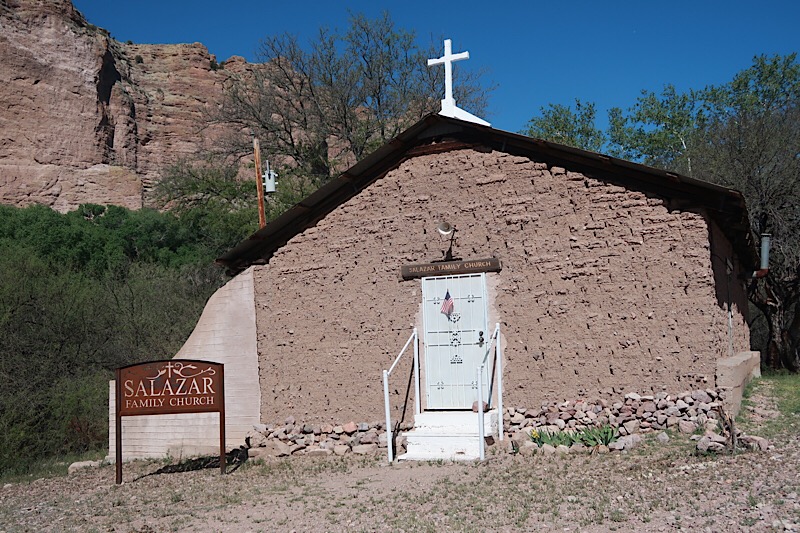 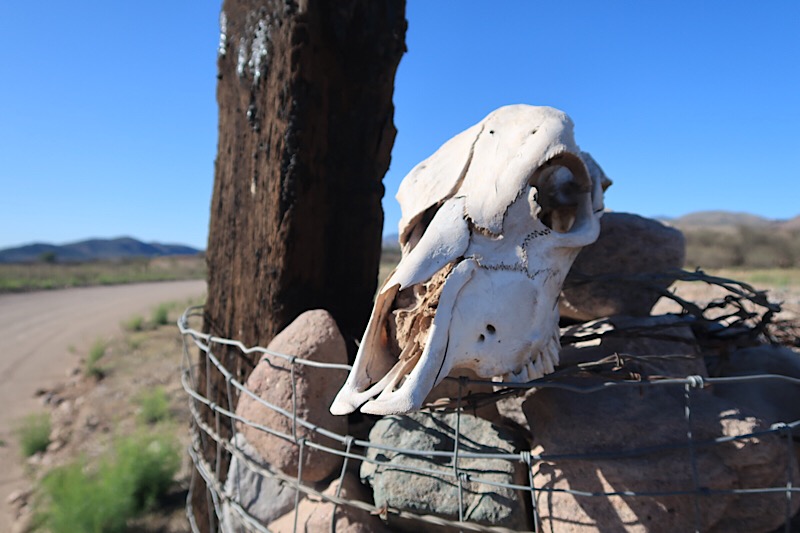 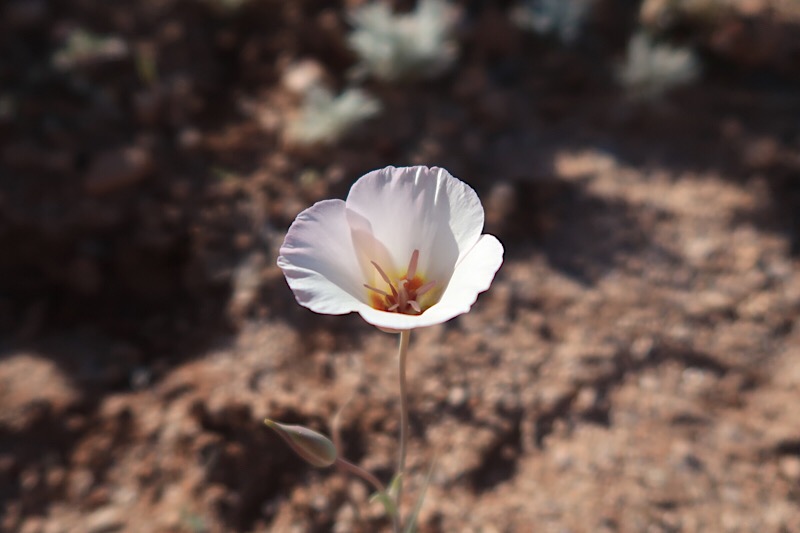 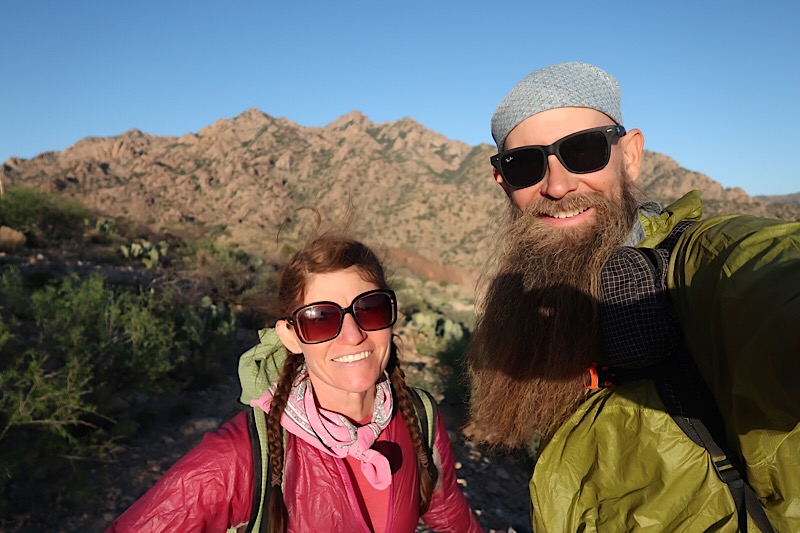