Well, the trail ended in true GET style…basically one doozy of a day. Here goes…

We slept in a bit and got a ride back to the trail from the hostel owner. We got to the trail at 8:45am, thinking we had a mellow 15 mile day, so a late start made sense. We were excited to see that the sky was clearing up and we could see some blue starting to peek out.

The trail conditions were pretty indicative of the fact that we were close to a large population of people. The trail was wide, clear of any debris and had a really gentle slope. There was also a lot of intersecting trails in the area. Although we had 15 miles of uphill, the climb was so gradual that it wasn’t very tiring.

We had some really nice views along the trail and finally got our first views of ABQ. We made guesses on the population of the city…SweetPea guessed 400K and Beardoh guessed 2.5M. Turns of the population is 560K…SweetPea wins!

We took the hike up at a pretty relaxed pace and finally made it to the top of Sandia Peak where there is a tram. We were pretty excited to get to the top. As far as the trail is concerned, you can either walk down 9.3 miles (dropping about 4,000 feet of elevation) or you can take an “alternate” which means riding the tram down. We figured that finishing the trail with a ride down on one of the longest trams in the world would be a pretty cool ending.

The hours for the tram today were 5pm-8pm, and we arrived just after 4pm, so we figured we had some time to chill out before the tram came. We congratulated each other on a job well done, ate our celebratory M&M’s and read the informational posters in the tram lobby to pass the time.

There was one other guy also in the lobby and after about 30 minutes, Beardoh asked him if the tram ever shuts down due to high winds (it was blowing between 20 and 30 miles per hour). The guy said yes, and in fact it had shut down today due to winds…meaning no tram for us! Not sure why he didn’t mention something when we arrived (as he was apparently working there, but in plain clothes), but all of a sudden we were in high gear. It was nearly 5pm and we knew we would be lucky to get down before dark.

We quickly got our shoes retied, made protein shakes to give us some energy and headed out in the wind as fast as we could go. The trails at the top were a bit confusing, but we managed to get on the right trail for our final miles. We passed a few people on top who had driven up and were just wearing leisurely clothes and sandals. It felt like such the opposite to how we felt. We didn’t even bother trying to yogi a ride, because we had no time to waste in case they didn’t make the offer.

So we just walked as fast as we could down the trail. The trail was really rocky and had a lot of switchbacks as it descended quickly…there was even a flight of concrete stairs to get down a particularly steep section. The first few miles were the rockiest, and basically felt like we were doing switchbacks over a rock slide. Our feet really hurt from the rocks, but we tried to keep up our pace.

The views along the trail were really awesome. Giant rocky cliffs and granite spires. We stopped to take in the view a few times, but mostly just kept trying to motor along. We passed a few day hikers along the trail, but just said a quick hello as we went by.

We got to the end of the trail just as it was almost too dark to walk without a headlamp. It was 8:40pm and we were beat! We congratulated ourselves for the second time on finishing the trail…for sure this was the final time.

We requested an Uber and got to our motel after 9:30pm. We headed across the street to Denny’s for our celebration dinner and were finally eating at 10:15pm. It felt a bit weird to be ending the trail in such a rushed, late-night manner. We were super exhausted and our feet were so sore, but we were really glad to have completed the GET. It was a great trip and we felt pretty proud of ourselves for completing it without any real problems.

We’ll be writing up our final thoughts on the trail in a few days…for now it is time to relax in bed with some episodes of Fraiser. 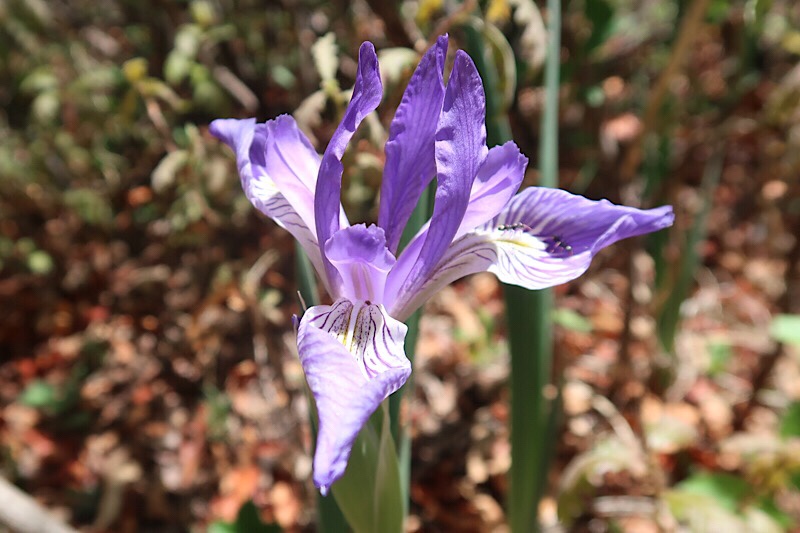 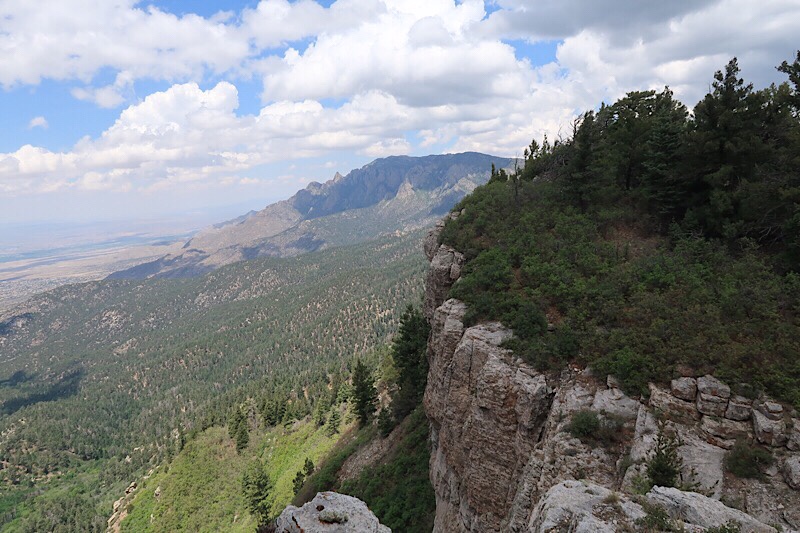 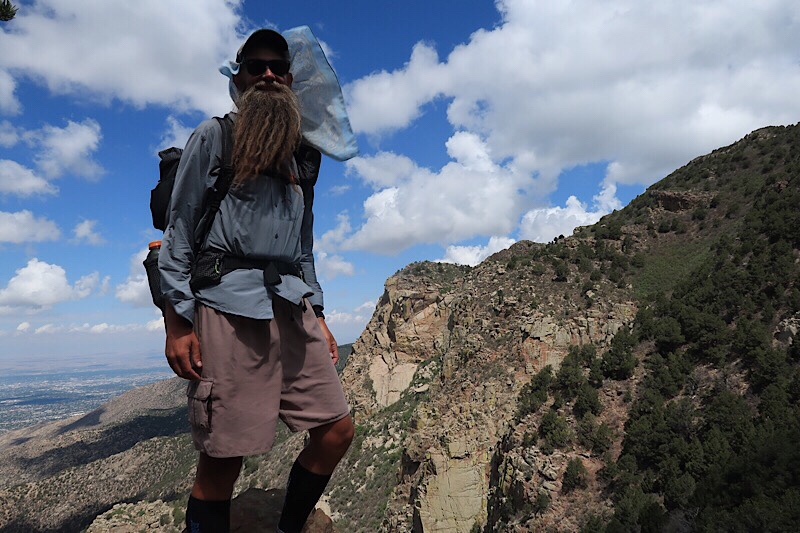 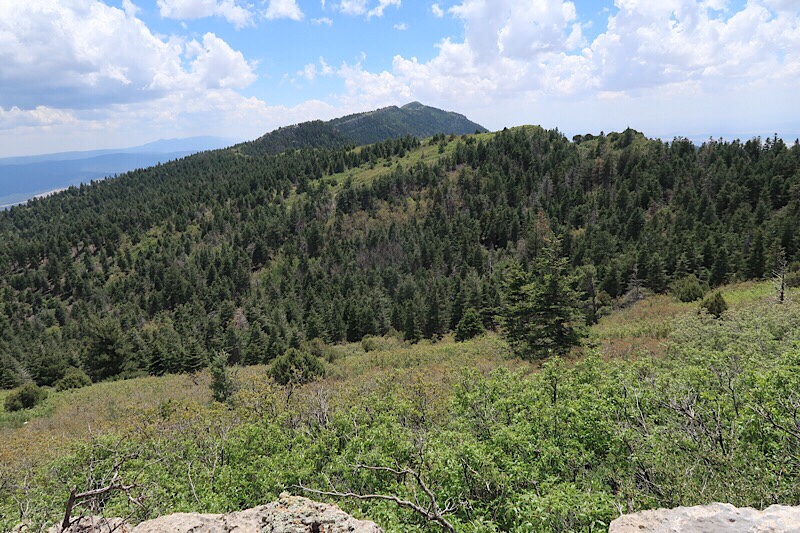 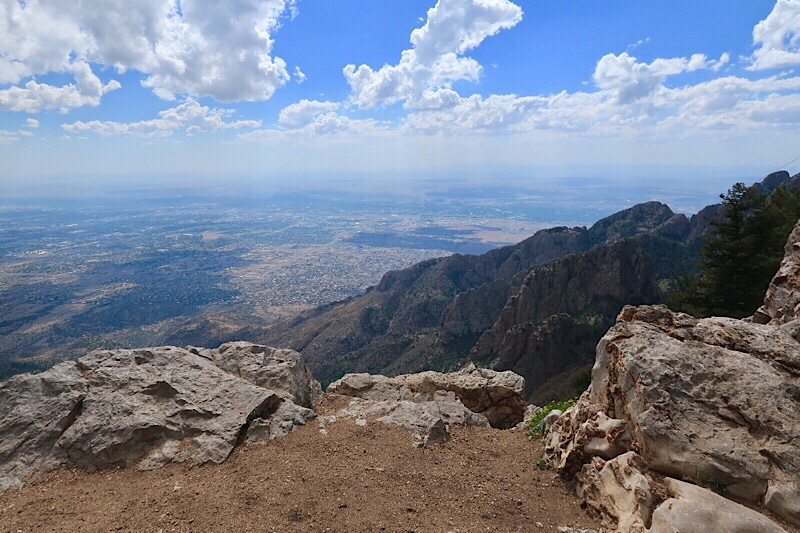 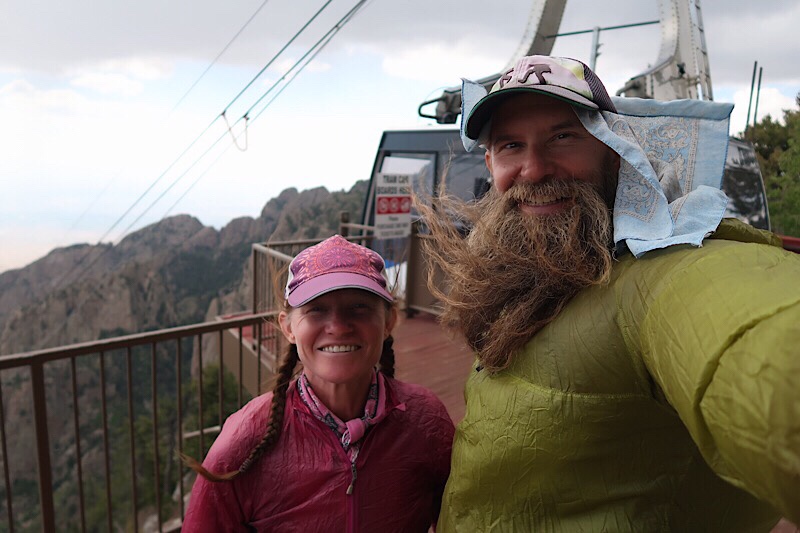 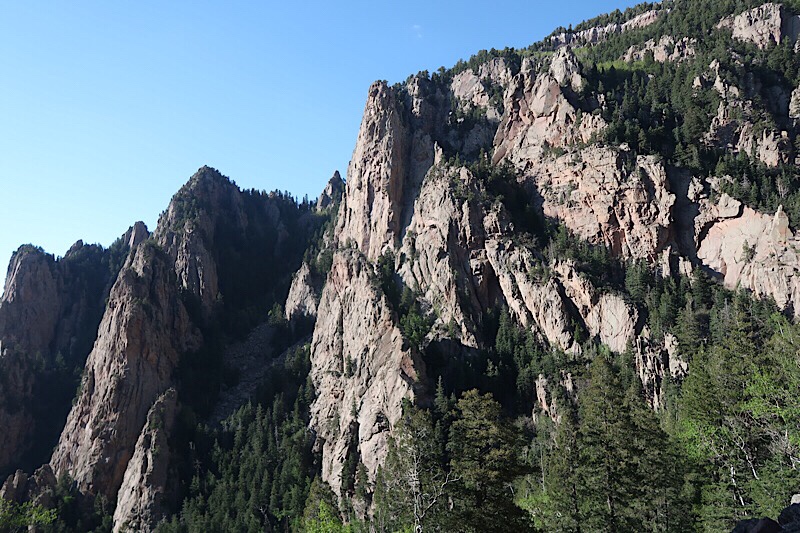 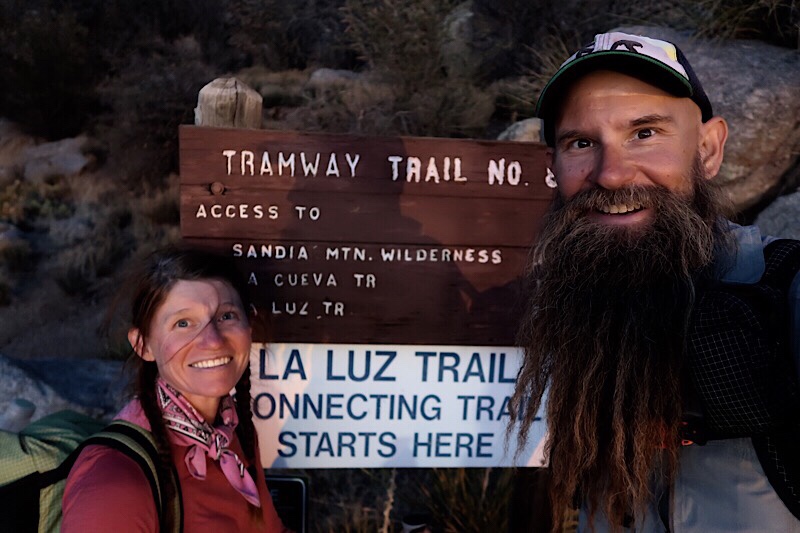 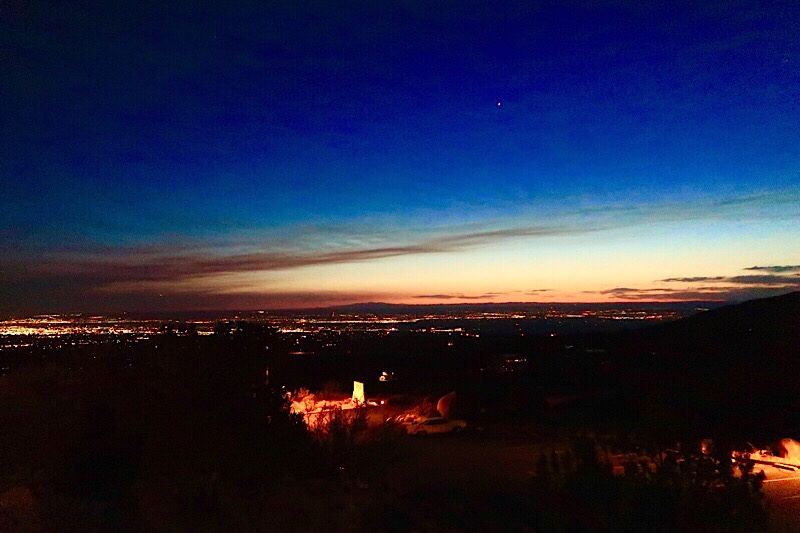