It was pretty cold last night and our sleeping bags had dew on them in the morning. That is the first time this trip that that has happened. There wasn’t much to be done about it at that point, so we just packed up as normal and headed out.

Today’s walking was all on roads. Some dirt roads and some paved roads. In all, it was probably just a bit more paved roads than dirt roads. We don’t really like that much road walking, as it can be hard on our feet and legs, and it gets tiresome having cars speed by you all day.

We are guessing that the trail used to go through forests on this section, but that due to private land issues, the trail got rerouted to the road walk. That is just a guess on our part, but we have seen in many other sections that the trail creator tried to keep the route in areas that are as remote as possible, so it’s an educated guess.

There were two highlights of the day…the first was 7 miles in where we came to a convenience store. We got hot drinks (it was still pretty cool out), microwaved burritos and packaged pastries. It was a nice break and Purple Haze arrived while we were hanging out, so we got to chat with him for a bit.

The second highlight of the day was another convenience store. This one was totally unexpected and came just a mile before we had planned to stop for the day. We were so exhausted from the road walk and were so excited to see it, thinking we would just get a cold drink and move on.

The owner and his nephew were so nice and first just offered us water (which we were happy to get) and then offered to let us camp on the property by the store. We were really happy to be done for the day, and there are picnic tables here too! The owner said that there is rain expected overnight, so he let us camp under his big metal carport. We are pretty close to the road, but we’ll just put our ear plugs in.

It was such a good way to end the day, after seeing so many “Private Property – No Trespassing” signs along the road today. Some signs even mentioned an attack dog on the premises. Another sign said “If we find you here tonight, you won’t be found tomorrow.” Just an unwelcoming feeling as we walked on the road, but it was great to end the day with folks who were really going out of their way to be welcoming and friendly.

We even have WiFi as we lay here in our sleeping bags. We still have about 7 miles of road walking tomorrow and there is a chance of rain during the day, so we’ll see how that goes. We can definitely take it slow the next three days and still finish without a problem. 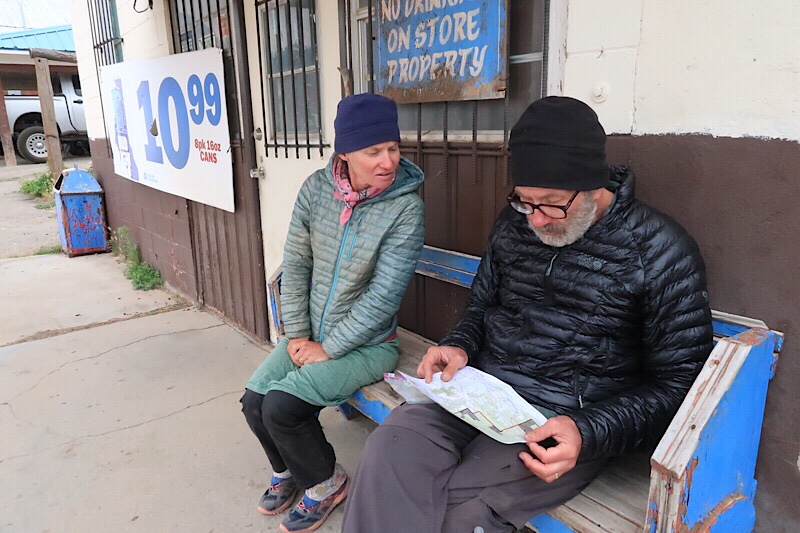 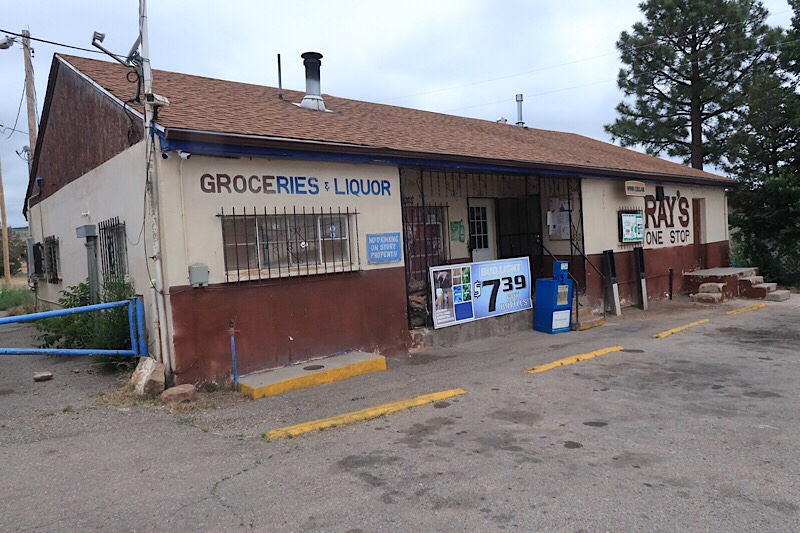 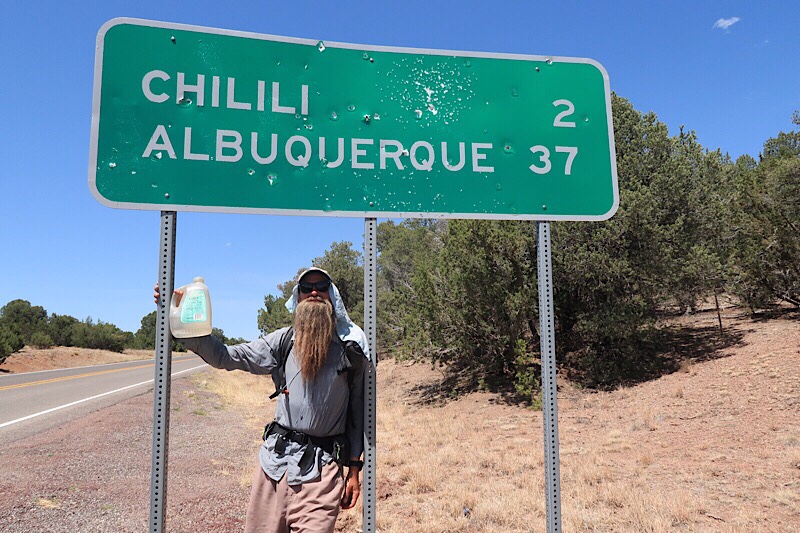 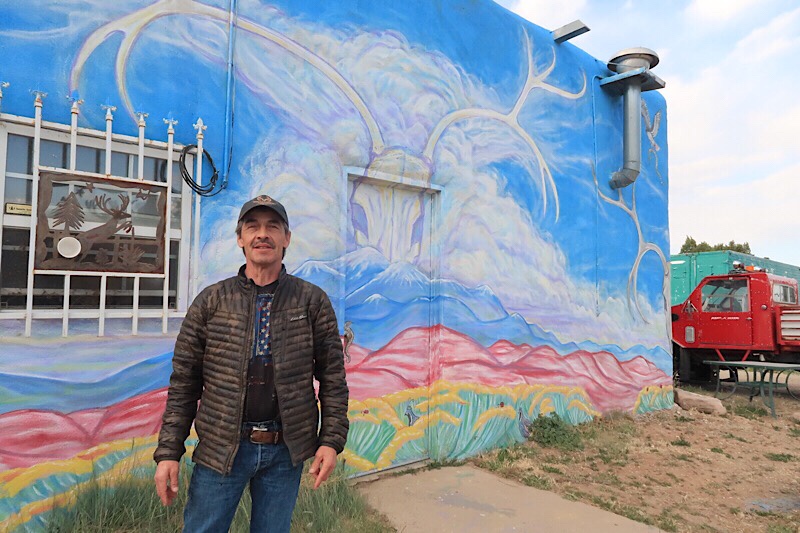 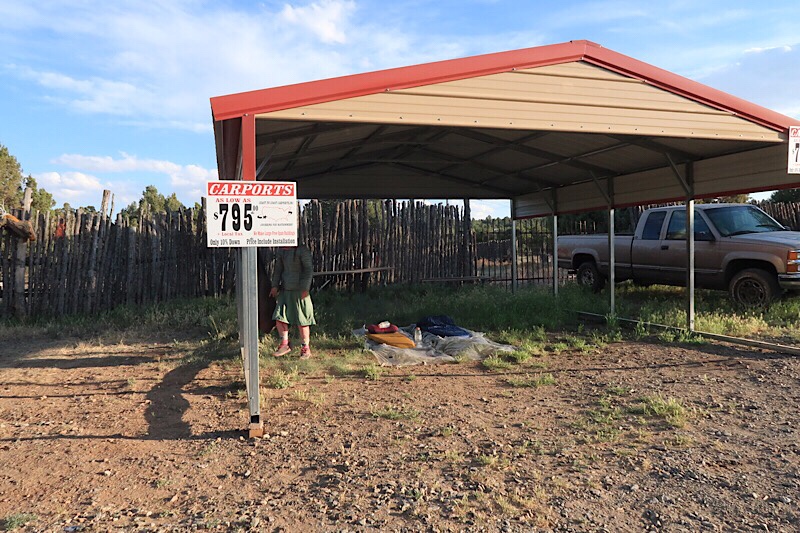