We slept much better last night…perhaps it was watching an episode of Fraiser that made us sleep so good. It was really calm and warm when we got going in the morning, so we knew it was going to be another hot day.

We started out walking in the wash where we had slept. It was like a maze of washes this morning, so we kept our eyes out for blue flagging and cairns, but also had to use the GPS. The maps can be hard to use for such detailed navigation, since they are a bit too zoomed out for that.

Once we got out of the washes, we started walking on some two-track road. We saw a couple of coyotes near the road. We were within 100 feet by the time we spotted them. We stopped and watched them for several minutes as they trotted up the hill. It was pretty cool to see them so close.

We also saw more wild horses near the road. It looked like a small pony had been hurt and was bleeding on one of its legs. We’re not sure if it was attacked by an animal, but things don’t look good for the pony, which is sad.

At one of the water sources today (a wind-powered cattle trough), there was a group of guys who had driven up on four wheelers. They had corralled the group of cows in the area and were branding some of the younger cows. Each cow got a tag in the ear, a shot and a brand on their side. We watched for a few minutes after getting our water and you could tell the guys had done this many times before, because they were so efficient about it.

It seems that most of the past few days, the trail has taken us around the outer perimeter of a wildlife preserve. The preserve is off-limits to the public, so we seem to be taking a route which often has the fence for the preserve within sight. Sometimes, we are even walking along the fence for awhile. The preserve must be pretty huge, since we have been seeing its signs for the past three days.

In the afternoon, we walked by a ranch which apparently is friendly to GET hikers and allows folks to get water from their hose. We knocked on the front door, but no one answered so we just got water and left. It was nice to be able to get water there, since the water for the last day or so has tasted terrible. It has been really bitter and even when we add a shake mix or flavor packet, the bitterness still comes through. So, it was nice to have the good tasting water from the ranch.

Tonight we are sleeping in a wash for the third night in a row. We have several large rocks around that we can use as chairs, which is nice. It has been another really hot day and it is starting to cool off, which feels great.

We only have a few miles tomorrow before we hitch into the town of Mountainair. We have heard that it can be a tricky hitch (18 miles), so we are hoping our good hitch luck on this trail continues tomorrow morning. 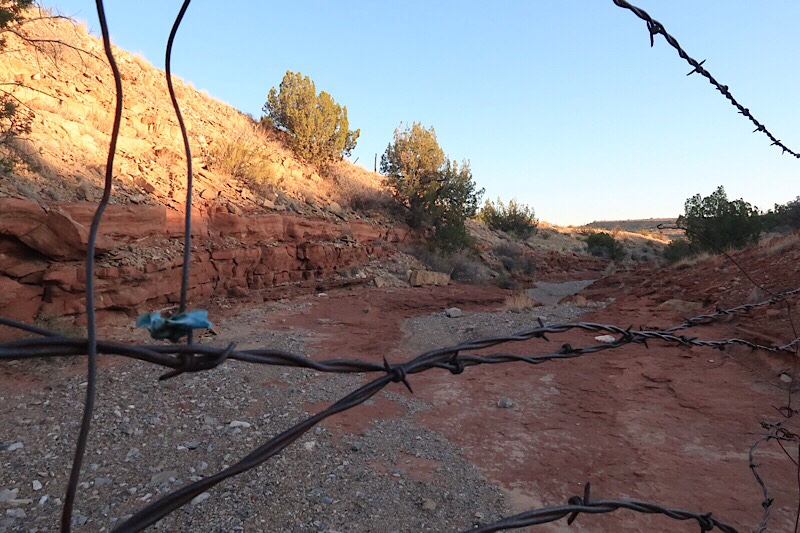 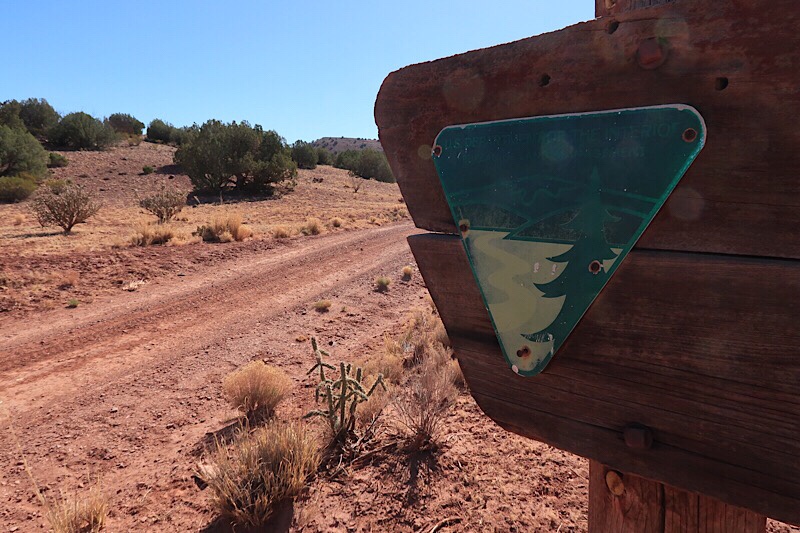 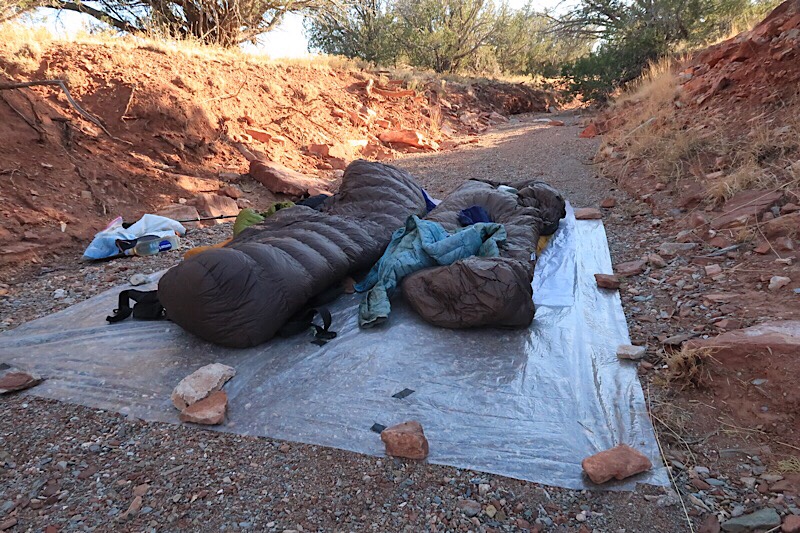