Neither of us seemed to sleep well last night. The cherry on the top was in the early hours of the morning, when it sounded like an animal was becoming the dinner of another animal not too far from us. It sounded like an owl had caught some smaller animal (it actually sounded like a cat, but that doesn’t make sense). Then the owl (or whatever it was) continued to make loud noises every five minutes or so until Beardoh finally turned on his headlamp and shined it in the direction of the noise…then we didn’t hear another peep. It was pretty hard to fall back asleep after that.

We both felt like we were dragging a bit today. It feels like the majority of nights on the trail we don’t sleep very soundly and it eventually catches up with us. We stopped for more breaks in the morning than we normally do and tried to eat and drink a lot in order to get more energy.

The walking for a lot of the day (all of the morning walking and a big of the afternoon walking) was nice and flat, but mostly wash walking which is really not pleasant. It really bothers SweetPea’s heels which are already not doing so good, and Beardoh’s shins start to bother him after walking in sand for awhile…not good.

In the morning, we were walking through the remainder of San Lorenzo Canyon which was pretty cool…really interesting rock composition in the cliff walls, and cool rock formations. So, walking in the sand there wasn’t so bad, since we had nice scenery.

As we left the canyon, we walked under an interstate and then continued on to the Rio Grande. We weren’t really sure what to expect as sometimes the river can be deep and swift. Sometimes hikers have to take an alternate to avoid fording the river. We weren’t expecting to have avoid the ford since it has been a dry year, but we had read a report from earlier this spring where the crossing was quite deep in places. When we got down to the river, we decided to take our shoes off for the first time of a river ford on this trail. The bottom of the river was pretty mucky, but the water was super low and barely reached our calves. It was nice to have it be such a minor thing. We got to the other side, dried our feet, put our shoes and socks back on and continued our walking in the sand.

Besides the canyon in the morning, the walking today was similar to yesterday, in that the terrain was very desolate. There were very few trees and almost no shade. It was hotter today than yesterday, and even though we had a nice breeze a lot of the time, it just felt hot.

We passed two different ranches today that have been abandoned. It is hard to say when they were built, but one was made from stones and mud. It was pretty cool and the windmill is still working…filling a trough with fresh water.

Near the end of our day, we saw a group of wild horses running together in the distance. We see so many cows around here, it is always a bit of a surprise to see something else. They took off before we got close, but it was cool to see them.

Tonight we are camped in a wash. The rock walls lining the wash are perfectly formed and broken to create “chairs” for us to sit on. It made for a very relaxing spot when we stopped. We were both quite exhausted and just sat for a bit before setting up our sleeping area.

Hopefully we’ll get a good night of sleep so we’ll be ready to tackle some more wash walking tomorrow. 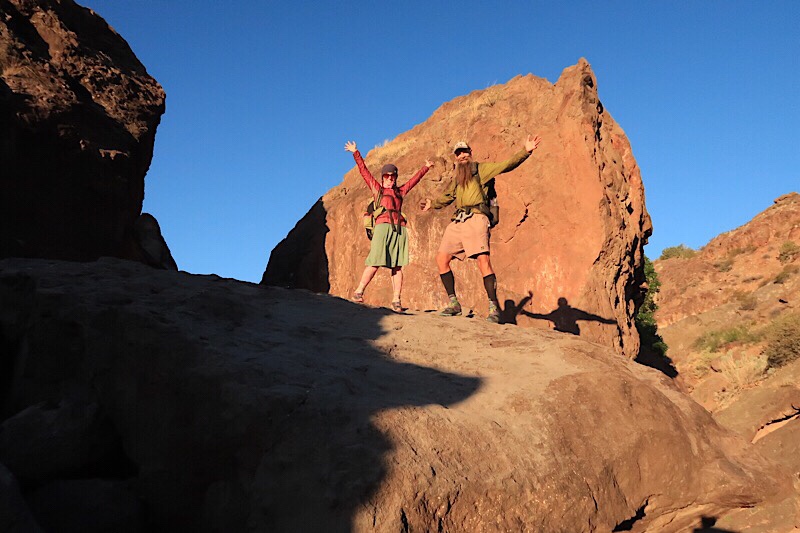 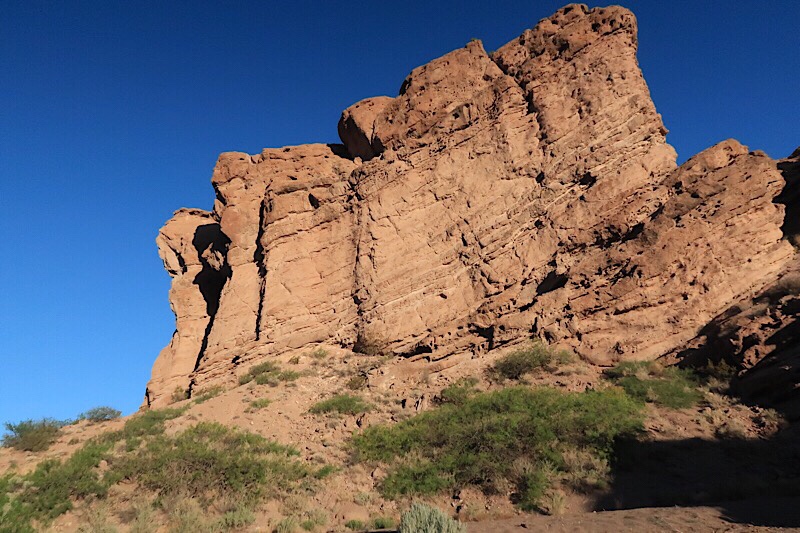 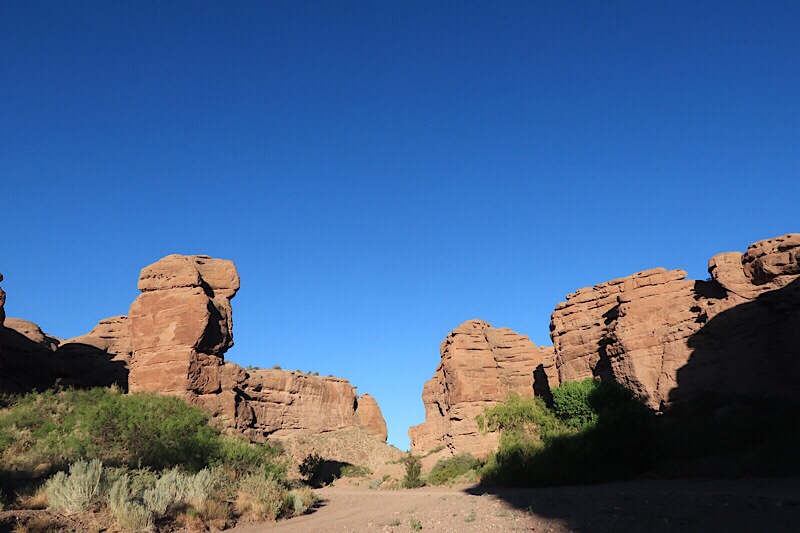 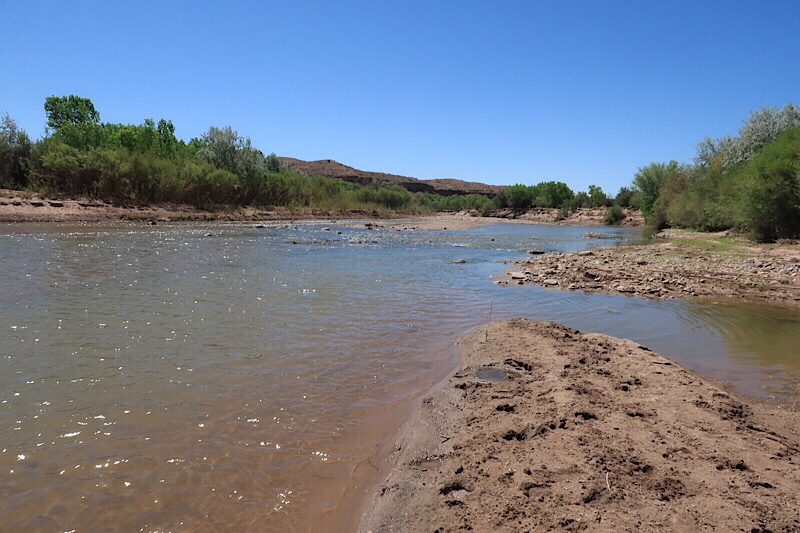 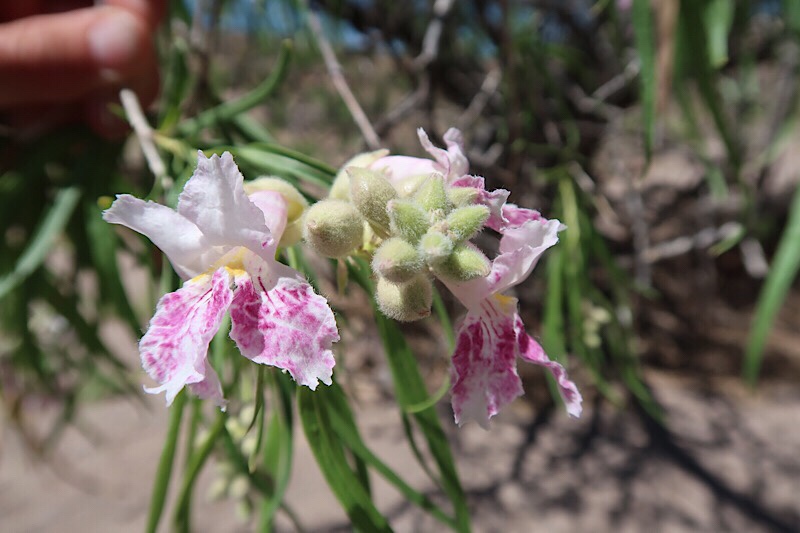 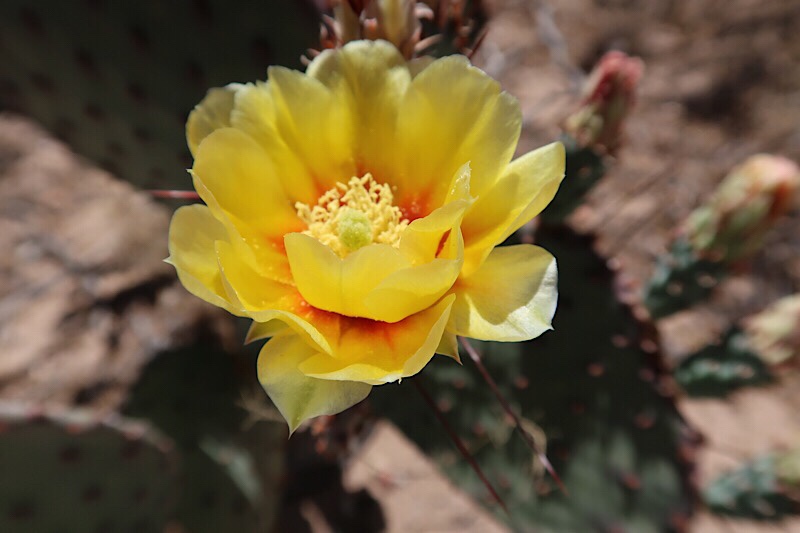 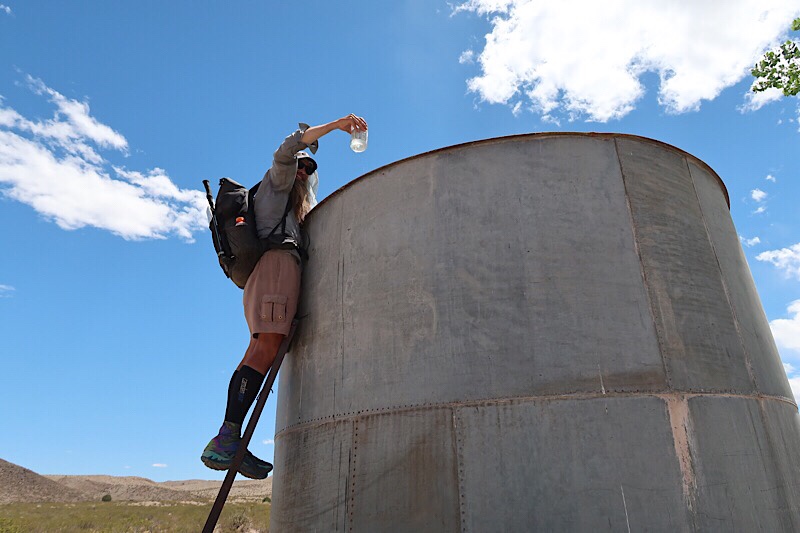 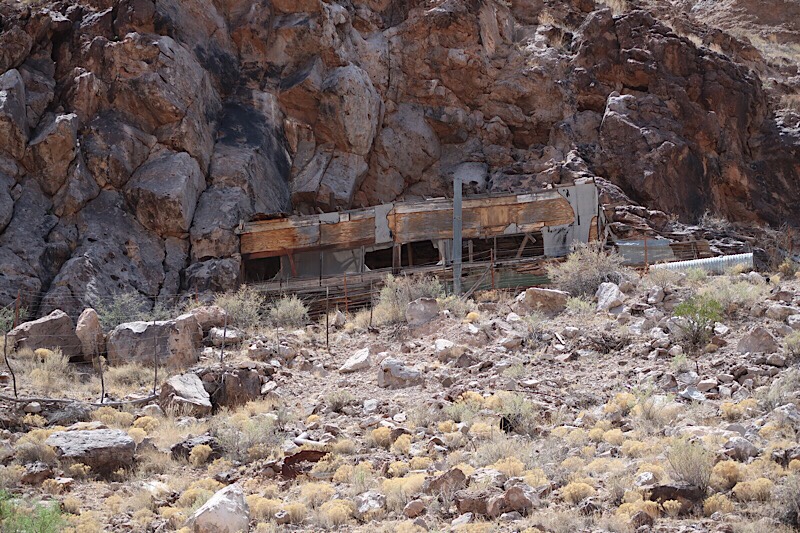 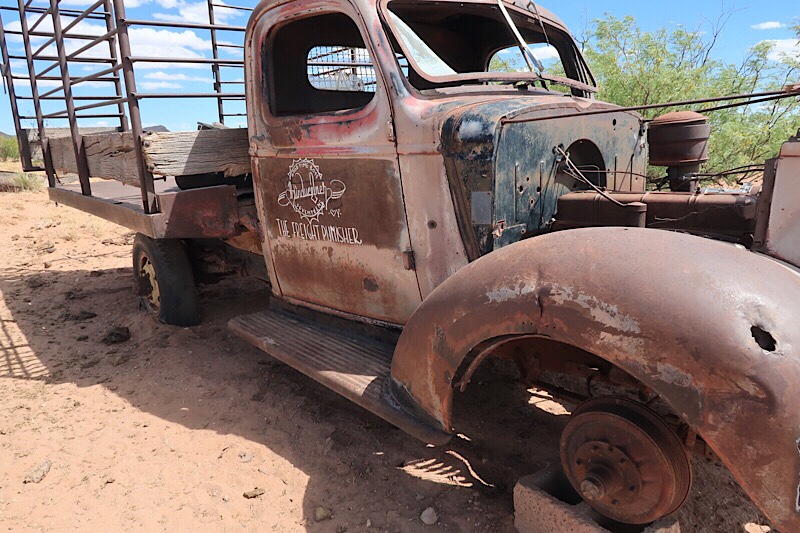 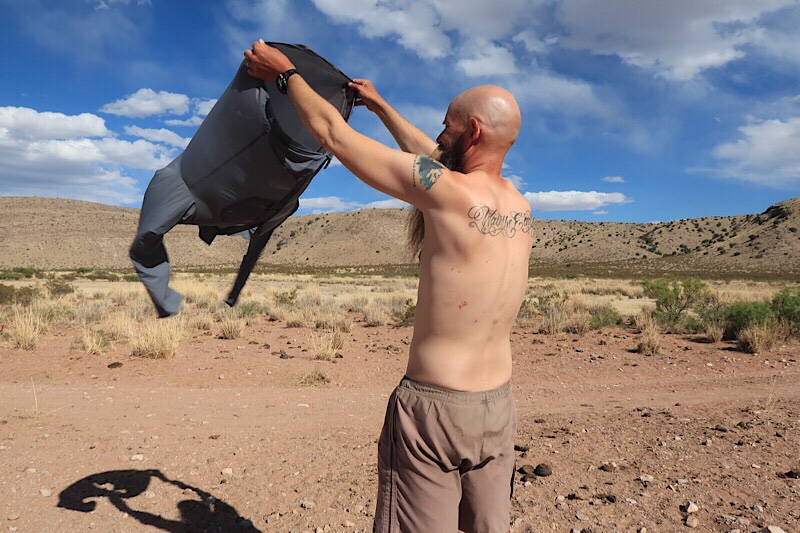