We had a really good and relaxing time in Magdalena. We got to hang out with Purple Haze the night we got in and then with One Gallon the next morning at breakfast (actually we ended up at the cafe for three hours talking!). Both guys are really interesting and a lot of fun to hang out with. It was great to be able to connect with other folks on this trail and to be able to hear how things have gone for each of them.

We had considered going to the cafe for breakfast this morning, but since they don’t open until 8am, we decided to just each our own food for breakfast and get on the trail a bit earlier. We left our motel just before 8am and headed out of town.

We knew based on the maps that we would be doing a lot of walking on dirt roads and cow paths as well as some cross-country walking today and that the terrain would be quite exposed (mostly just white in color on the maps, instead of green for areas with trees).

The first seven miles were on dirt roads and then we had a cross-country section that was several miles long. It was basically going in a straight line in order to connect two different dirt roads into a continuous route. We pulled out the compass and had some practice of orienteering on this stretch. We were able to keep ourselves right in line with the recommended route, even though at times there was almost nothing notable in front of us to use as a target for walking to. There were a few bushes and cacti, but it was pretty barren. In any case, it was fun to use the compass again for that type of navigation…it’s been awhile since we’ve gone out and done that for practice.

There seemed to be a lot of two-track roads and cow paths crisscrossing our route today. It made it difficult to know which path to take and several times we took a wrong turn and then had to either backtrack or walk cross-country to get ourselves back on the right path. We usually try to just use the map and the guidebook (there isn’t a guidebook for the whole trail…basically it ended about 70 miles ago, so we don’t have that as a resource anymore) to figure out where to go instead of solely relying on the GPS. That being said, it would be really tough to do the trail without GPS, just for the confirmation you can get as to whether or not you are on the right route.

The walking today was really sandy. Both in washes and in the cow paths, the sand was deep at times. SweetPea’s shoes seemed to let in a lot more sand than Beardoh’s. He seemed to just get a dusting of sand in his shoes, while SweetPea would have almost a 1/4 cup of sand in her shoes.

Luckily there was a breeze most of the day and clouds that would periodically cover the sun. That definitely helped to make the day more comfortable since there was very little shade to be found as we walked.

At the end of the day, we entered the very beginning of San Lorenzo Canyon. We have most of it to go through tomorrow morning, and it is supposed to be really nice. We are camped near a few pools from a nearby spring. We were able to wash out our super dirty socks which was nice.

It is pretty windy in the canyon tonight, so we have squeezed into a tight space next to a rock wall in order to get a bit of protection from the wind. Hopefully it doesn’t get too cold tonight, even though we are camped in a canyon. 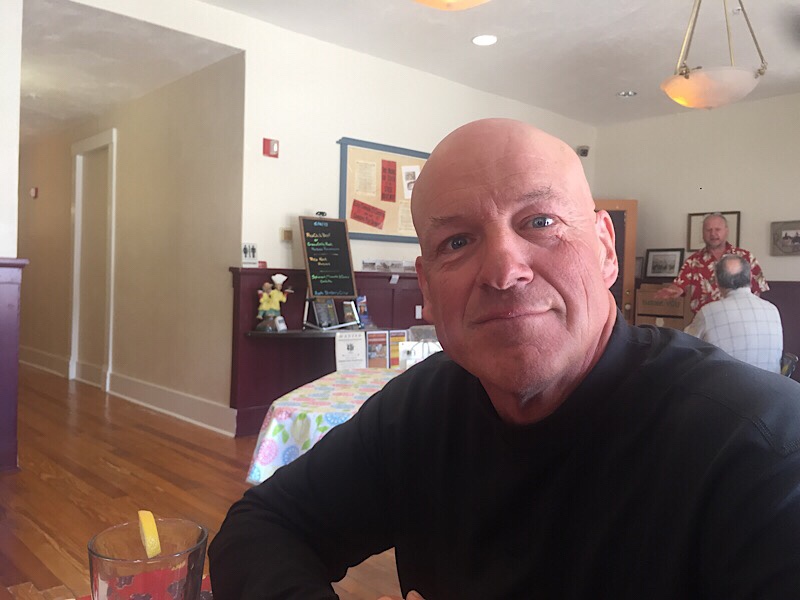 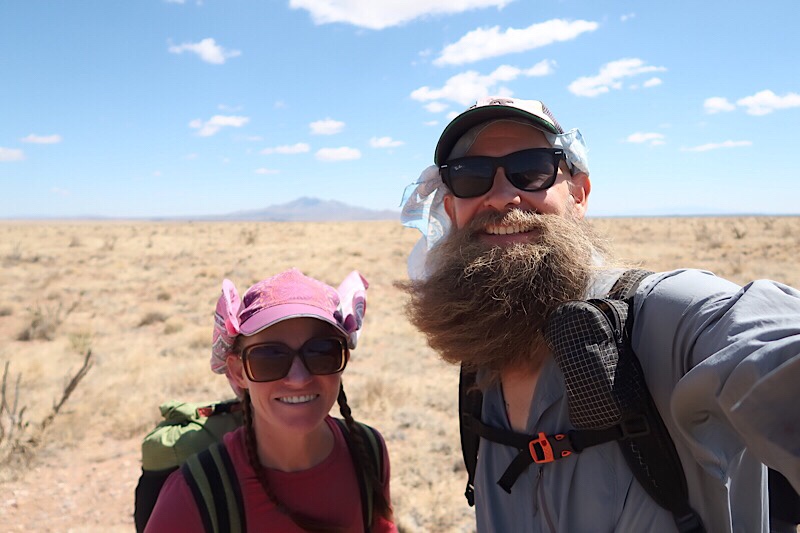 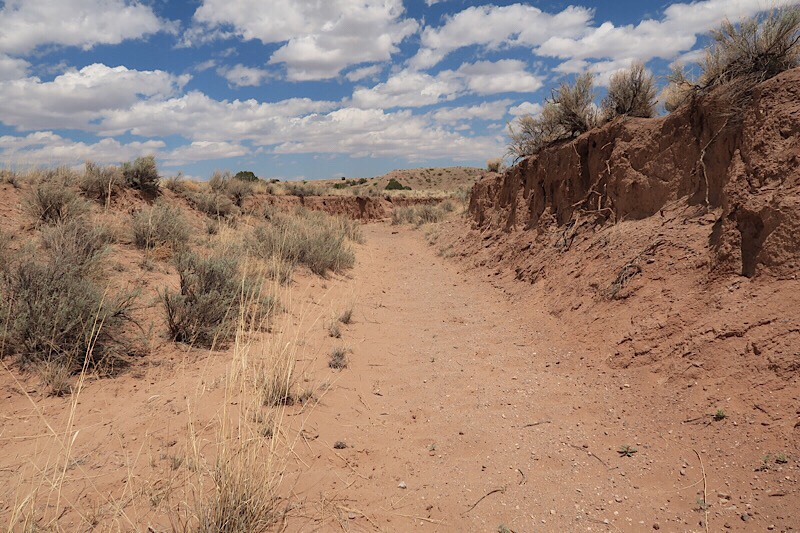 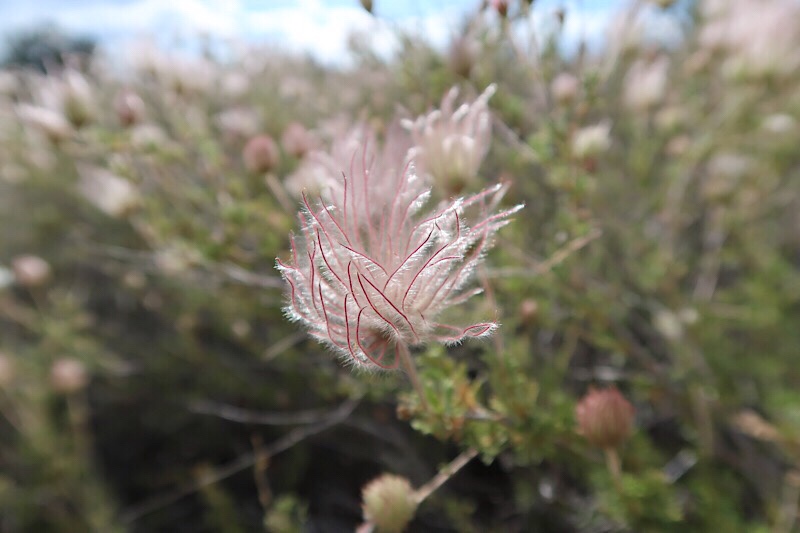 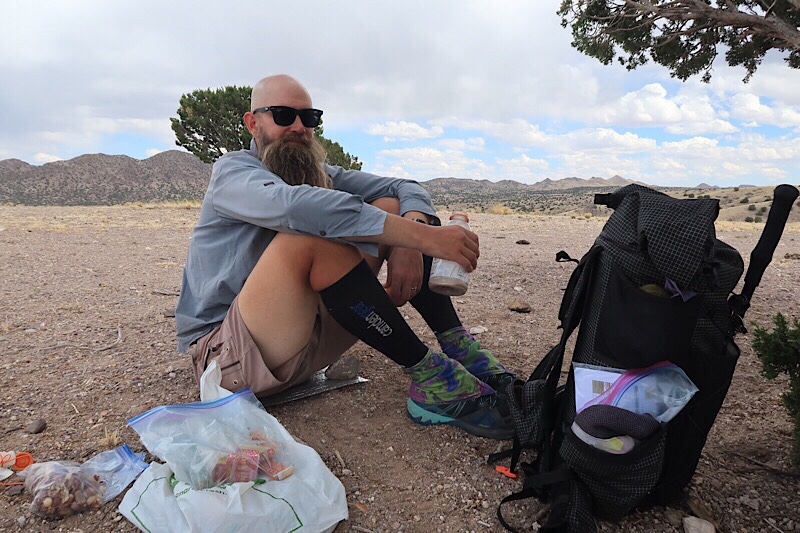 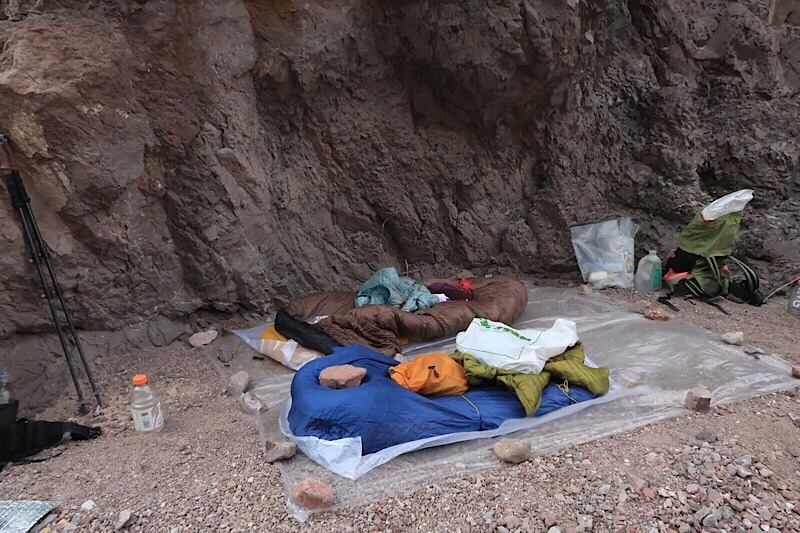