Last night stayed really mild and completely still. We both slept pretty good, even though we tossed and turned a lot on our pads. We decided to set the alarms on our phones as well as the ones on our watches, to make sure that we would hear them and wake up. It did the trick and we were up by 5:30am.

We figured it was going to be a challenging day today as we continued our work around from the closure of the Monticello Box. In reality, it was probably one of the hardest days on the trail so far.

The walking today was a mix of walking in washes, walking on cow paths, crossing drainages, walking on two-track road, and cross-country walking along, up and down ridges.

Part of what made the day so hard was the heat. It was really hot (and got hot quickly this morning) and during the hottest hours of the day we were walking in terrain that provided no shade. We were not expecting any water sources until the end of the day. That meant that we were conserving water in the extreme. We both could have probably drank twice the amount of water during the day, but we didn’t have enough with us to just be able to drink when we wanted.

The hardest part of the day was our crossing of Kelly Canyon. It was a giant canyon that we walked along the top of for several miles. The walking along the top wasn’t too bad, but you had to keep your eyes peeled for cacti hiding in the grass. It could have been pretty easy to end up with cactus needles in your foot. From prior experience on this trail, we knew it was a very unpleasant experience and one to be avoided.

After several miles on top of the canyon, we took a side ridge down to the bottom of the canyon. Since this whole section was cross-country travel, we had no trail to follow and just looked for the best route down. The final part of the descent became very steep and full of loose rock. It turned into more of a controlled slide as we made our way down.

Once we got to the bottom of the canyon, it was time to make our way up the other side. The other side was a lot steeper than what we came down and was a bit sketchy for the first half. We tried to take breaks when we could find a smidge of shade, and the going was really slow.

We had a few more smaller ridges to scramble up and down, until we finally made it to a road with an actual name (Burma Road – named after a very windy road in Asia). It was nice walking but it was so hot out and no shade to be had.

The road had a big descent and then came to a place with some trees before it made (what we thought based on the elevation profile) a steep ascent. We decided to stop in the shade for a bit and take a break. We realized we didn’t have the ideal amount of water to get to our next source, so we figured we would rest during part of the hot afternoon hours. So, we laid in the shade and listened to a podcast.

After about 50 minutes, we decided to continue on. Luckily the uphill climb on the road was at a reasonable grade, so it wasn’t too bad. The only things that made it unpleasant were the heat and the fact that we were really thirsty.

We finally turned off the nice road and headed into a wilderness area. After 15 miles of walking for the day, we finally came to our first real trail of the day. Sadly, it was a steep trail, which felt rather torturous since the heat and thirst were sapping our energy. The nice thing was that we were quickly in a pine forest with shade.

Several times throughout the day we had views of smoke rising from the Black Range in the Gila National Forest – presumably from the prescribed burns that the forest service was conducting. Again, we felt lucky to have made it through that section already.

About two miles in on the trail, we finally got to our water source. We immediately started filtering water so we could drink right away. We decided to camp at the water source so we could get fully hydrated over the course of the evening. We have each drank close to three liters since getting to camp, so hopefully that will help. This is probably only the fourth night that we have camped at water. It is nice, because we can do all of our laundry in the evening and not have to do it during the hiking day tomorrow.

We felt so much better after getting some water and just resting for the day. Our feet are pretty tired and sore after the walking today.

We have several birds making a variety of bird calls around us. The sky is clear and the wind is calm, so it looks like it will be a good night. We are also so beat, that most likely we will sleep soundly. 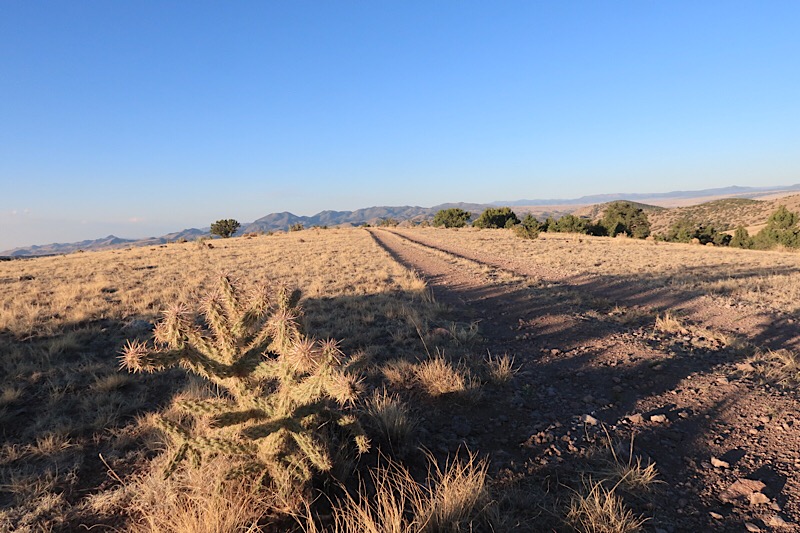 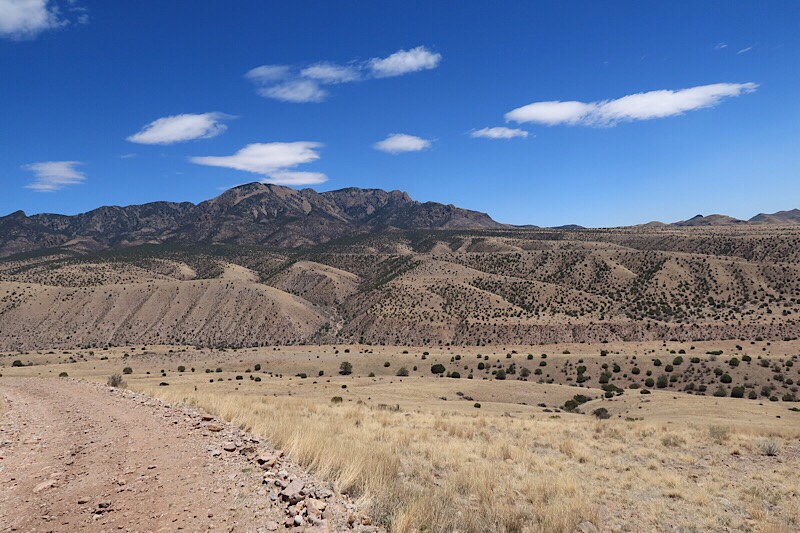 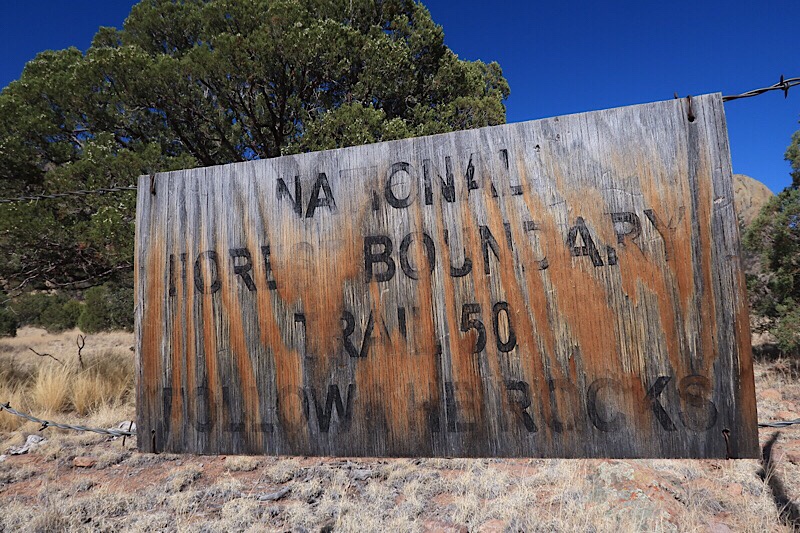 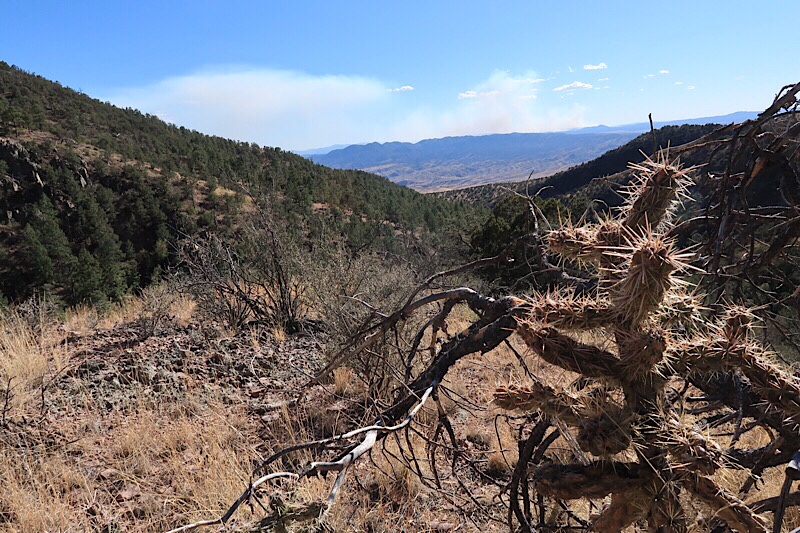 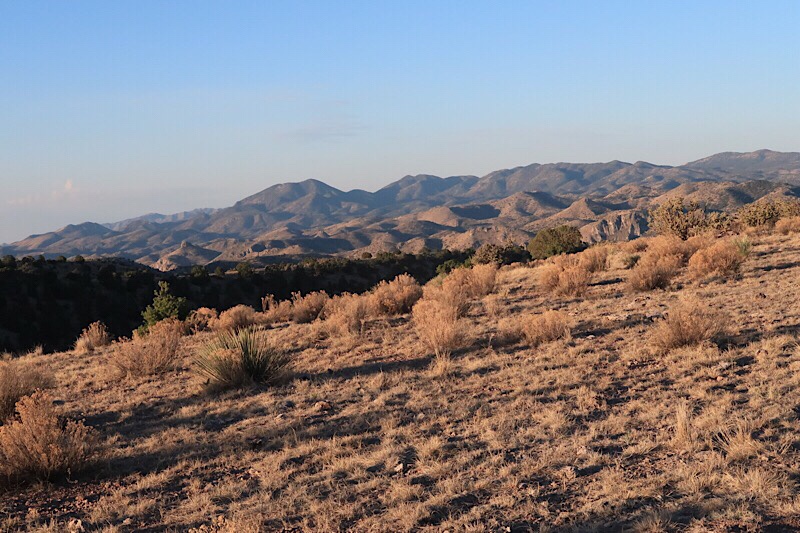 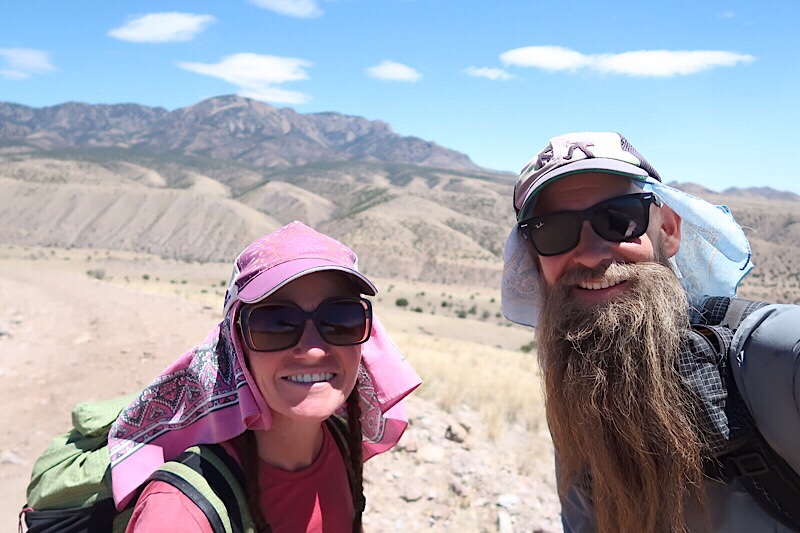 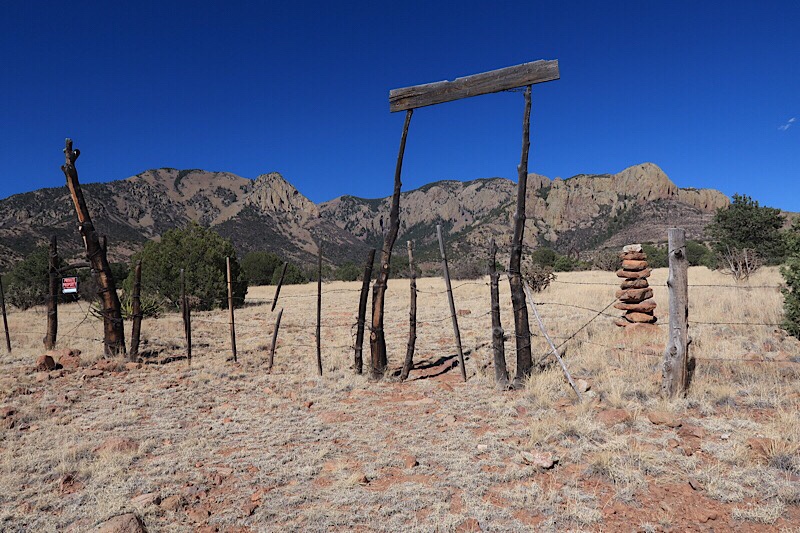