We lucked out with the weather last night. The wind was non-existent and everything was super still. The temperatures weren’t as cold as the night before, even though we were probably around 1,000 feet higher in elevation. Of course it was still cold, and we slept in all our layers, but it didn’t feel quite as frigid as the previous night.

We have been setting our alarms each night, as we like hiking in the early mornings so much. However, it has been hard for us to hear the alarm and wake up…we usually have a 50/50 chance of hearing it. Either we’ve put in our ear plugs to block the wind or SweetPea’s snoring. Or we have our heads inside our sleeping bags because of the cold and just don’t hear the alarm. We didn’t hear it this morning, but at least Beardoh woke up just 15 minutes later, so we didn’t get too late of a start.

This morning was nice hiking with continued expansive views off both sides of the Divide. The one unpleasant part to some of the morning walking was the thorny plants growing into the trail. In the past week and a half, we have been introduced to a new thorny nemesis: the New Mexico locust (at least that is what our guide book calls it). We don’t really have much for cat’s claw these days, but the locust is pretty vicious. We’ve gotten some pretty good scratches since hooking up with the CDT.

We only had two water sources today. One was about 6 miles in and was a pool in an otherwise dry creek bed. The other one was about 19 miles in and 1/3 of a mile off trail down a steep descent. The water was really great though, so it was probably worth the extra climbing. At that water source, we had to load up with water, as we now have a 29 mile dry stretch. We took a total of 12 liters, which will probably end up lasting us until the morning after tomorrow. Hopefully the hiking will continue to be mild and the temperatures won’t get too hot, so we won’t end up wishing we had more water with us.

We spent the whole day on the CDT and again didn’t see any hikers. In fact, we were still only seeing one set of footprints…the same Altra prints we have been seeing since just after Morenci. We’re getting pretty doubtful that we’ll see any CDT hikers on the trail.

This afternoon we listened to a few hours of podcasts while we were walking. We have done that pretty rarely on this trip. At the beginning of the trip, we weren’t sure how much battery we would need for the camera and the GPS, plus we wanted to be able to listen for rattlesnakes. Now, we mostly just forget that we can listen to podcasts. It is nice to do on some afternoons, when our energy gets a bit low and we want a bit of distraction.

We ended up walking a bit later today, stopping for camp at 6:40pm. We have been trying to whittle down the number of miles left for our fifth day (today is our third day out of Gila Hot Springs), when we try to hitch into the town of Winston. We have heard that it is a pretty hard hitch, because there aren’t many cars that use the road. So we figure it is best to get our to the road in the morning. Hopefully we’ll end up with less that 10 miles for our fifth day. 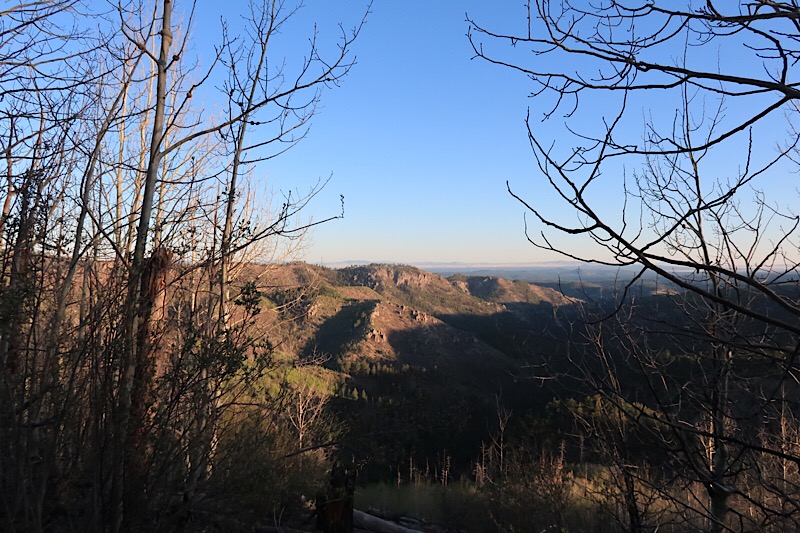 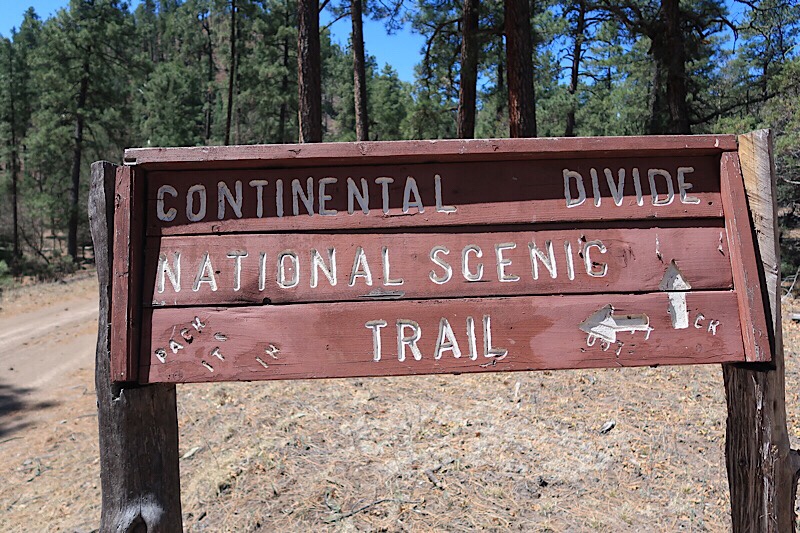 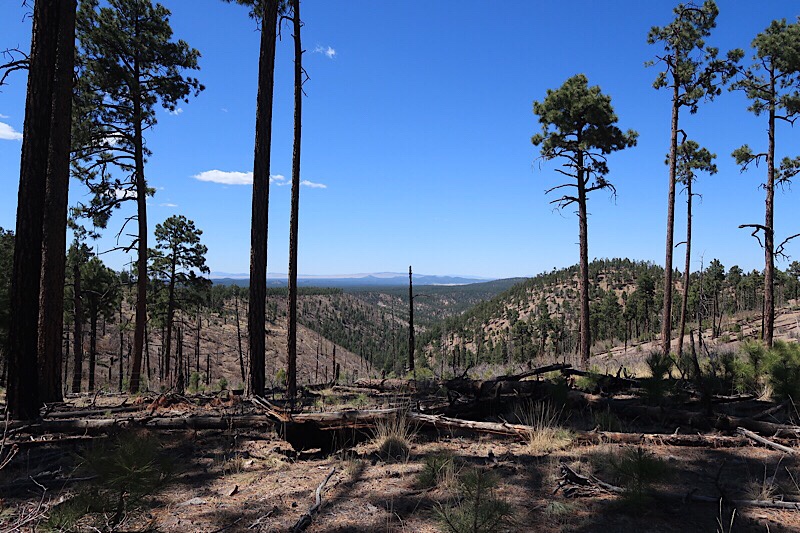 « GET Day 27: Aldo Leopold Wilderness
GET Day 29: Goodbye to the Gila National Forest »