The wind really picked up last night and it got pretty chilly. We ended up putting in our earplugs to block out the noise of the wind and then were able to sleep good. Neither of us heard the alarm this morning, but we still ended up waking up around 15 minutes later.

We started out with our wind jackets and stocking caps this morning. We would have liked to have worn more, but we were afraid of the thorny bushes ripping our windpants. The overgrown trails have really been rough on our clothes…especially SweetPea’s skirt which easily has 20+ holes in it.

The trail was a bit schizophrenic this morning, with times where Beardoh would mention that the trail was pretty good, and then within a minute the trail would completely disappear and we would be left looking around for where to go next. There was evidence of a fire in the past and subsequent fallen trees which made the trail obscure.

Both last night and this morning, we noticed some pink flagging which was showing us the way. This is different than the blue flagging that the trail creator is known to use. Not sure if he just changed colors or if someone else has come out to flag the trail. In either case, the flagging was really helpful for keeping us going in the right direction.

We eventually made it down to a 4WD road which was super rocky as it descended. It eventually leveled out and became a bit easier to walk on. The road ended at the AZ/NM border and we moved our watches ahead one hour. We also read in the guidebook that the border was the end of the volcanic rocks for us which made us very happy. The rocks have been pretty hard on our feet.

The rest of the day was spent just walking nice 4WD roads into the tiny town on Alma. It is crazy how slowly or quickly some miles seem to go…yesterday took us all day to do 17 miles and today we finished 14 miles in time for lunch.

We stopped at the Alma Grill for lunch which was really satisfying. We even got blackberry cobbler with ice cream for dessert. We called the owner of the motel in Glenwood where we had dropped off our resupply package and she agreed to come pick us up an hour later. It all worked out so smoothly.

When we arrived at the motel, we found out the Beardoh’s socks we had ordered had arrived, but SweetPea’s shoes had not. In fact, when we looked up the tracking it said they weren’t scheduled for delivery until 4 days from now! Not good news, since the bottoms of her current shoes are in really rough shape…the tops are in perfect shape, but the bottoms are not good. We’ll wait and see if they miraculously arrive tomorrow and if not, then we’ll come up with a plan.

We’re excited for our friends, Purple and Carnivore to come and spend our zero day with us. They’re coming into Glenwood tonight and staying until we head back to the trail on a Sunday. It will be a lot of fun to hang out with them again. 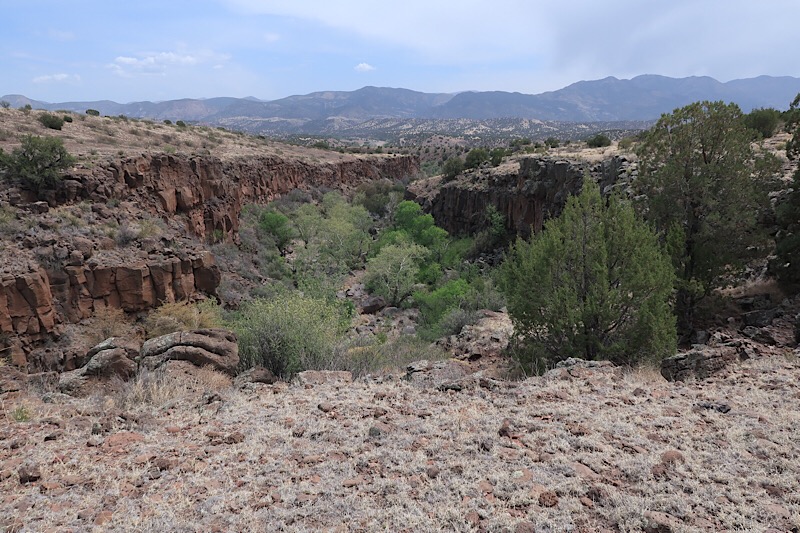