It was nice to be camped at an actual campground last night. The biggest perk is simply the picnic table. Besides eating at it, we can pack up our things at the picnic table and keep things off the ground. The other perk of the campground is the privy.

We headed out on the trail just before 6am and immediately got on an alternate that would take us to a water source sooner than the main trail. The alternate was pretty rocky, but actually in really good shape. The brush was cut back quite a bit, so the trail was wide and relatively easy to find. When we got to the spot for our water source, we initially went up the wrong drainage and wasted 20 minutes searching for the spring in the wrong place. When we did finally find it, the water was great.

We continued on and the miles seemed to come so slowly this morning. A lot of the trail was easy to follow, but there were some spots where cattle had made their own trails and it was really hard to know what path to take.

We haven’t seen much of the blue flagging lately that is used by the trail’s creator to help mark the trail in places. We also haven’t had a lot of cairns helping us find the way. Our most helpful resource these days is simply the footprints of other hikers. Since there aren’t many other people out here, we usually can recognize the two or three sets of footprints on the trail. Currently we watch for the footprints of a hiker we call Bigfoot. He must be wearing a size 15 shoe, because his print looks big compared to Beardoh’s size 13 shoe. We also see prints going in the opposite direction which is just as helpful. Today we started to see another set of prints in the trail. All of these prints help us to know if we are on the right track or not.

When we stopped for our first break of the day, we realized we had only gone 5.3 miles in just over four hours! We figured it would be really hard to get the miles done that we wanted today. But, as it continues to happen, some miles just come a lot slower than others, and then some faster miles seem to balance it all out.

Shortly after leaving our break spot, we came to a stock pond and saw two javelinas! We were pretty excited since neither of us have seen a javelina before. They were pretty good-sized and didn’t seem very interested in us at all. They didn’t run off when they saw us, but also didn’t engage with us. They were hanging out in the trail with no plans to leave, so we gave them a wide berth and walked around them.

After following the directions from the guidebook, which basically said – Get down to the saddle as best you can -, we stopped for a lunch break. As we were laying there, we could see smoke rising from behind a distant mountain. We had seen news stories in town about a wildfire in the Apache National Forest, north of where we are hiking. We figured the smoke was coming from that fire. It seems like fighting a forest fire in this area would be so difficult when everything looks so dry here.

The afternoon was spent on two-track and 4WD roads. We even made it onto some really nice dirt roads. Those easier miles helped us to make up some time for the slow miles in the morning. Even though we had some road walking, we still had nice views of some interesting rock formations and also nice views of the surrounding mountains.

We found a campsite around 5:30pm and started clearing off the small stones. Once we had it cleared out, we realized that there was a bunch of ants on one side of the area we had cleared. So we decided to abandon that spot and instead cleared off another spot just across the jeep road from the first spot. We have nice views from our campsite and it feels like it is going to be a very mild night. Hopefully we get a good night of sleep because we are pooped (as usual) and we have a lot of climbing tomorrow. 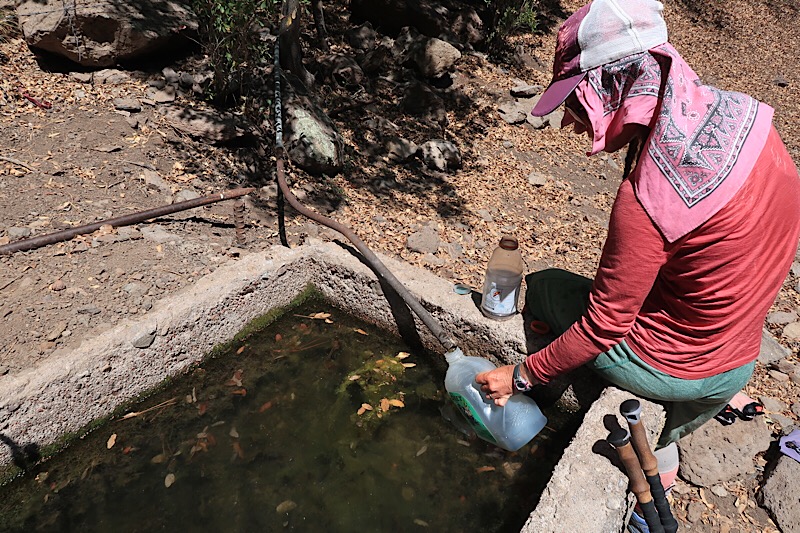 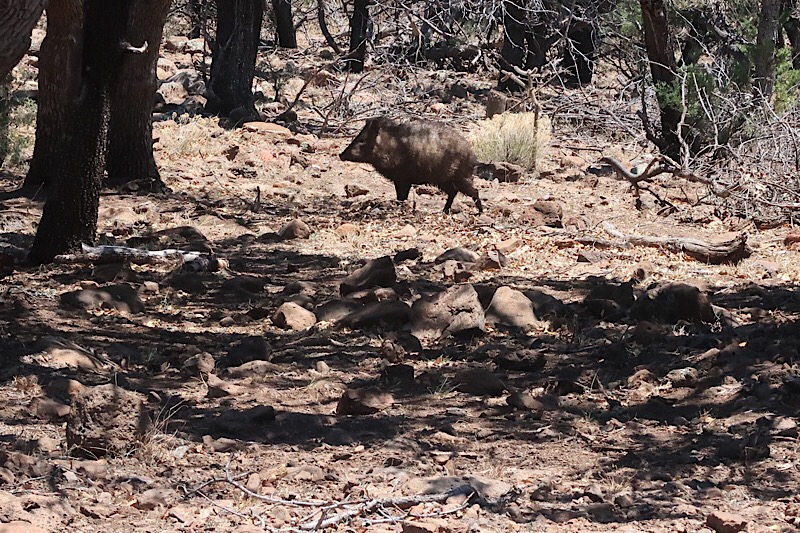 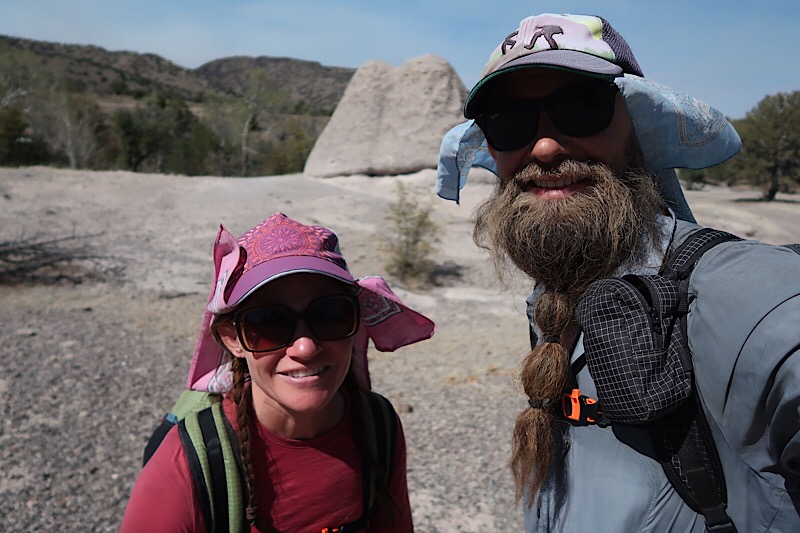 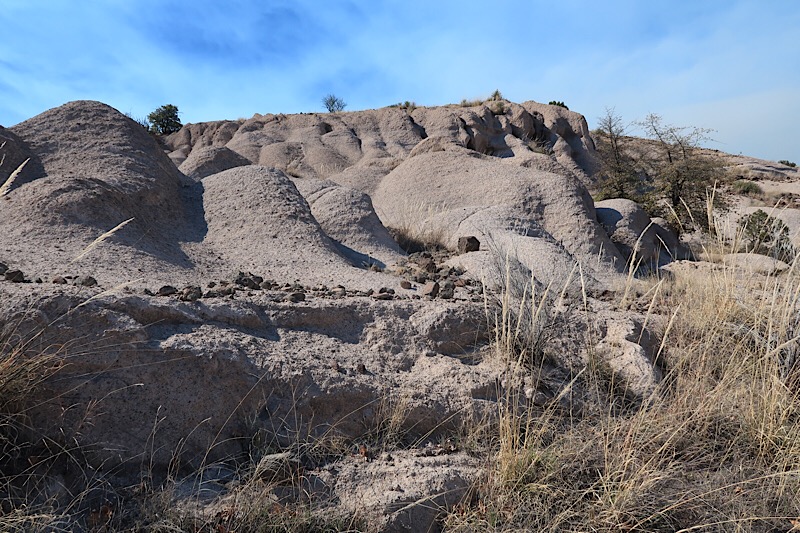 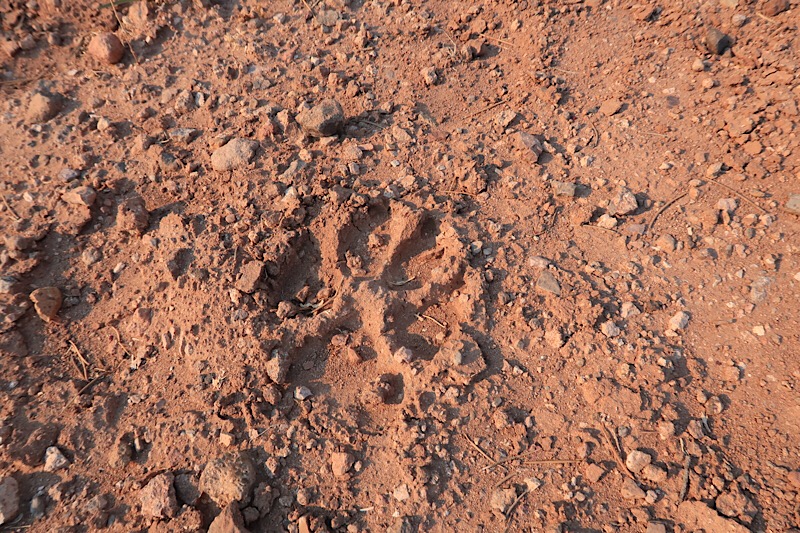