We woke up after a long night of sleep and continued with the remainder of our Eagle Creek fords. While the water felt refreshing yesterday afternoon in the heat, this morning is just really chilled us. Some of the fords got up to the middle of SweetPea’s thigh, so not only were our socks, shoes and compression sleeves wet, half of SweetPea’s skirt was soaked too. We had probably 10-15 fords this morning, and that kind of walking always slows us down.

Eventually we came to our last ford and then stopped to clean all of the sand out of our shoes so we could start fresh.

The rest of the day was spent walking on the Painted Bluffs Trail. It started out along a drainage and was challenging (as expected from the guidebook) to follow. The trail (or whatever we were walking on) was pretty overgrown and we were regularly being scratched and poked by all the thorny bush growing into the trail.

We stopped at our final water source of the day around 11:00am. We loaded up with a total of 8 liters to get us 12 miles down the trail. The trail continued to be hard to find in places and at one point we were off the trail and had to crawl under a barbed wire fence to get back to where we figured (correctly) the trail was.

It was pretty hot today and unfortunately the afternoon was pretty much all climbing. We stopped for breaks frequently, but it was hard still, since we were limited on water and couldn’t just drink quite as much as we wanted.

Our guidebook mentioned that there were old pictographs from the Anasazi people on the painted bluffs we were walking by. Beardoh tried climbing up to them, but eventually turned back before finding them because the bushwhack was quite difficult and he kept finding himself stuck on large boulders. At least the painted bluffs themselves were nice to look at with their color changing from cream to pink to red.

As we continued to climb, we got some pretty cool views of the Morenci mining operation. We were told that it is the second biggest copper mine in the world, and it definitely looked enormous. The mine has been in operation for almost 150 years. The whole town of Morenci centers around the mine and most people in town are employed by the mine.

Shortly after these views, Beardoh saw a mountain lion! We were told there were a lot in this area, but it was cool (and a bit nerve wracking) for him to see one. We were walking down a 4WD road and the mountain lion just came into the road about 40 feet in front of Beardoh and ran down the road. We figured it was a good sign that it ran away, but nonetheless, Beardoh carried a big rock in his free hand for the next few miles.

Our Painted Bluffs Trail ended near a paved scenic road which we walked up for just under two miles to a campground. There is another couple car camping here and they were kind enough to give us some extra water, as we were still trying to conserve, since we won’t get to our next water source until tomorrow morning. It was really nice of them and they even offered to go into town and buy us more water.

We are super beat again tonight. We should have no problem being asleep before 8pm. 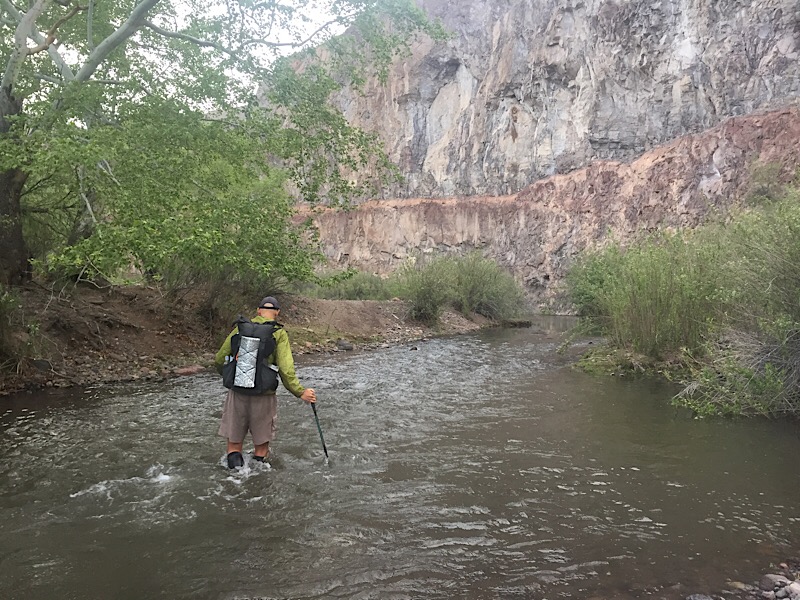 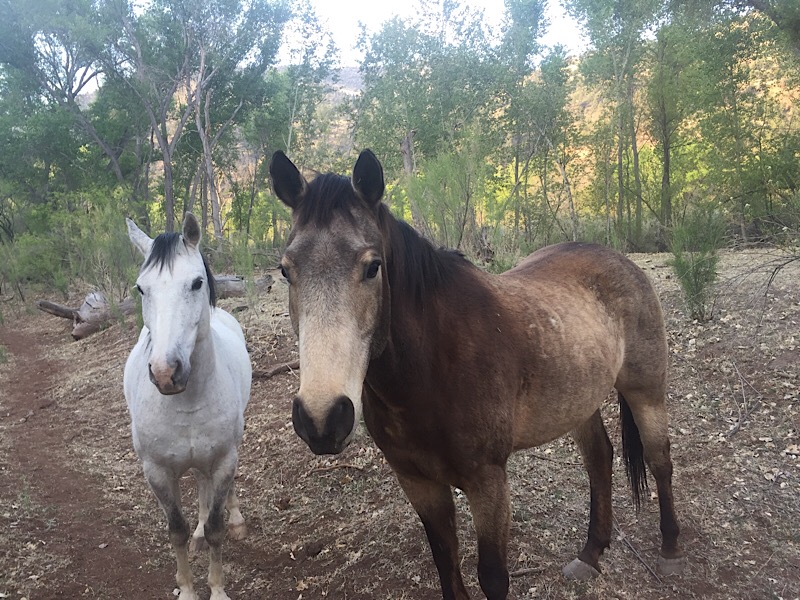 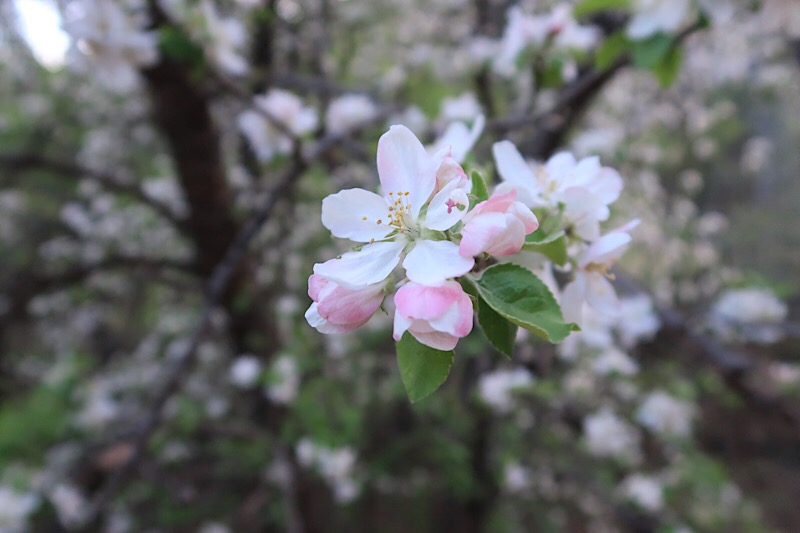 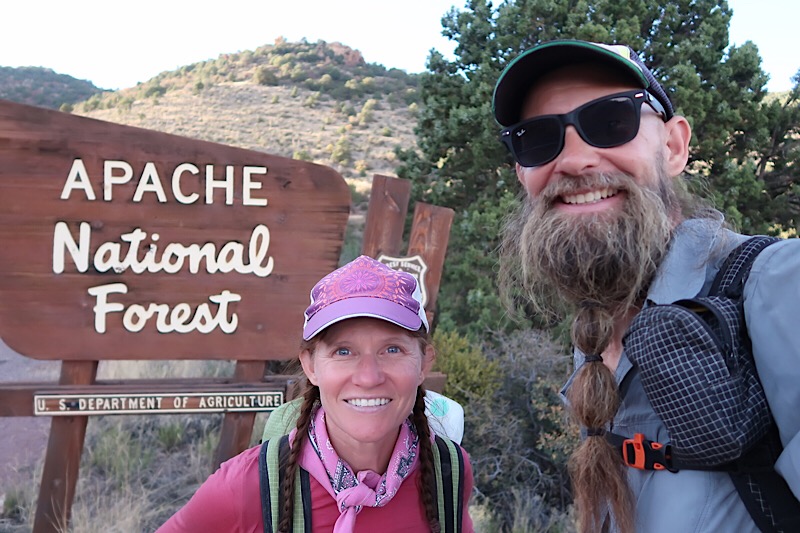 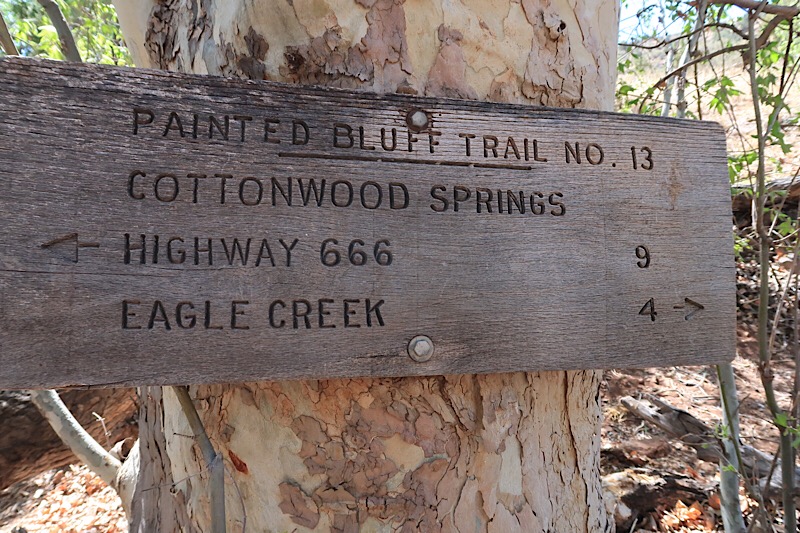 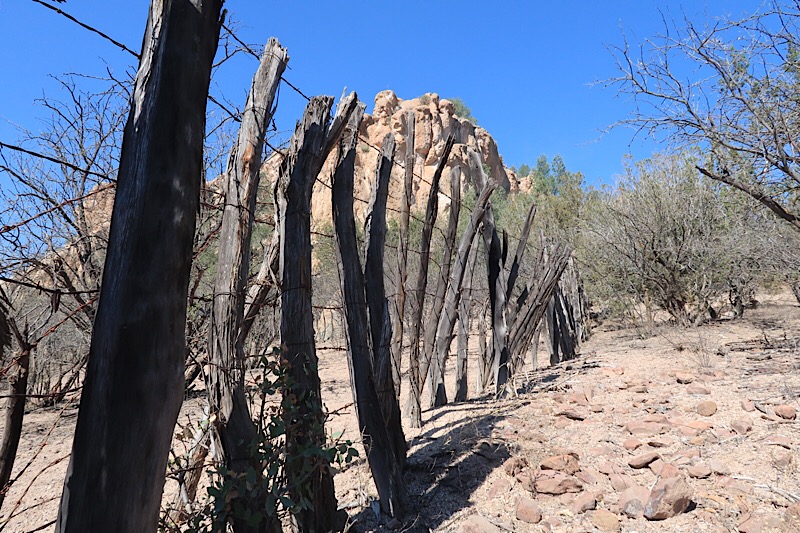