We were very happy to be in our protected nook last night. We felt a breeze around us, but we could hear the winds going crazy in the trees above us. When our alarm went off, we decided to stay in our sleeping bags for an extra half hour with the hope that the wind would start to die down, but in fact the winds stayed strong all day.

We started out the morning with all of our clothes on…long johns, wind pants and shirts, down jackets and gloves. It was really cold and with the strong winds it was even colder.

The morning hiking was a mix of pretty decent trails, some trails that were easy to lose, and some trails that were heavily overgrown with thorny brush. We seem to have made peace with all the pokey plants that are growing in the trail on the GET. Our legs are scratched up, and we’ve gotten cactus needles stuck in our feet, but we have been pretty good about just brushing it off and moving on.

We got over 9,000 feet this morning and with the wind and cool temperature, we were motivated to just keep walking. We pretty much had our windshirts and stocking hats on all day and often wished we had our gloves and windpants on too.

By mid-morning, we were on a nice dirt road which helped us to bring up our pace a bit. The GET has a big alternate in this section which aims to avoid a section of trail that was obliterated last fall. From what we understand, there was a fire in recent years in the area and then monsoons washes away a portion on the trail. Some hikers have gone through that section this year, but since it is reported as dangerous (not to mention, officially closed) we decided to just stick with the suggested alternate. This means adding an extra 16 miles onto an already long stretch.

We headed onto the alternate which basically followed the dirt road for the rest of the afternoon. When we got to the point where the route heads onto a trail, we walked through a campground and noticed that there were several shelters. After looked at the map of the next few miles, and seeing tight contour lines (meaning little chance for flat spots), we figured we didn’t want to risk getting stuck in the wind overnight. So, we decided to stay in the campground (we’re the only people here) and just take advantage of the shelter for a relatively wind-free night. That meant stopping at 5pm, which we didn’t really want to do, but it was probably the right call.

Even though we were on a road a lot of the day, it was still pretty enjoyable. We love walking in big pine forests, and that was all of today. We got some cool views down to the desert floor, as well as the range we’re actually in. There was quite a lot of evidence this afternoon of previous fires in the area…still a lot of charred pines standing.

We still have about 25 miles until we get to the next town (Safford). That is a lot for us to do on this trail, so even though we both really want to get to town, we realize we might not make it tomorrow. Not only are we looking forward to our first shower and town food in 12 days, we are also planning for two zero days…the thought of just being off our feet for a day or two sounds heavenly. 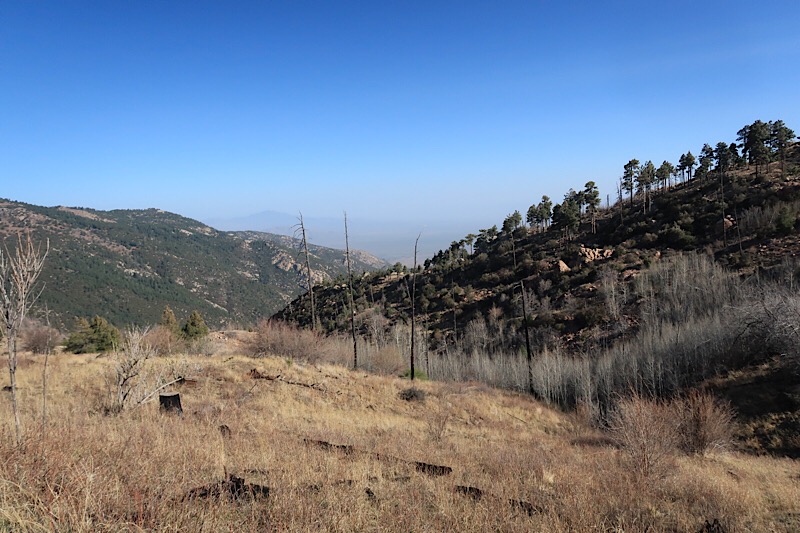 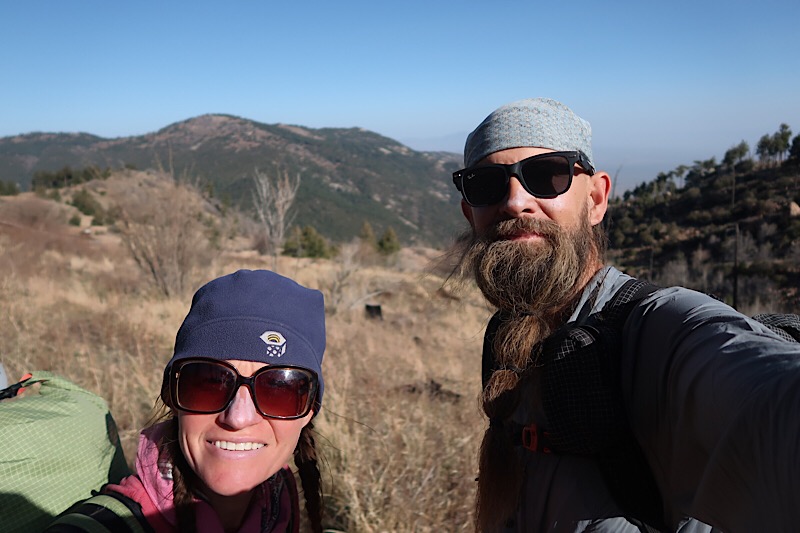 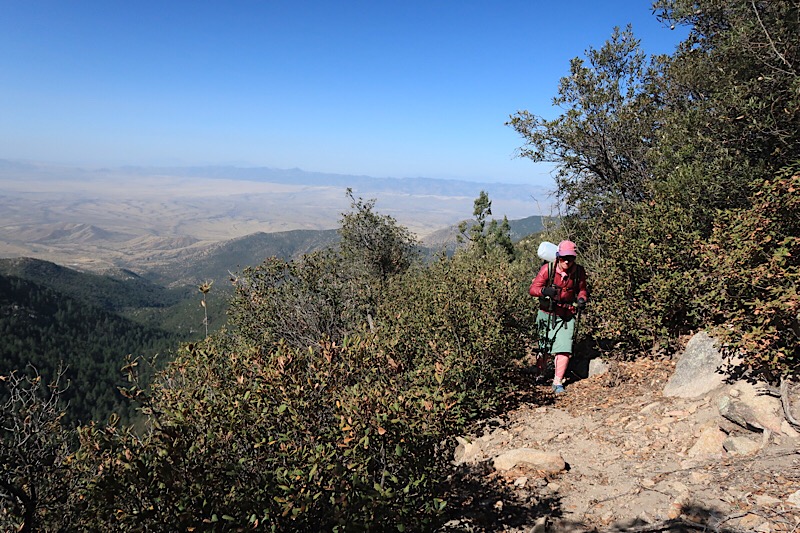 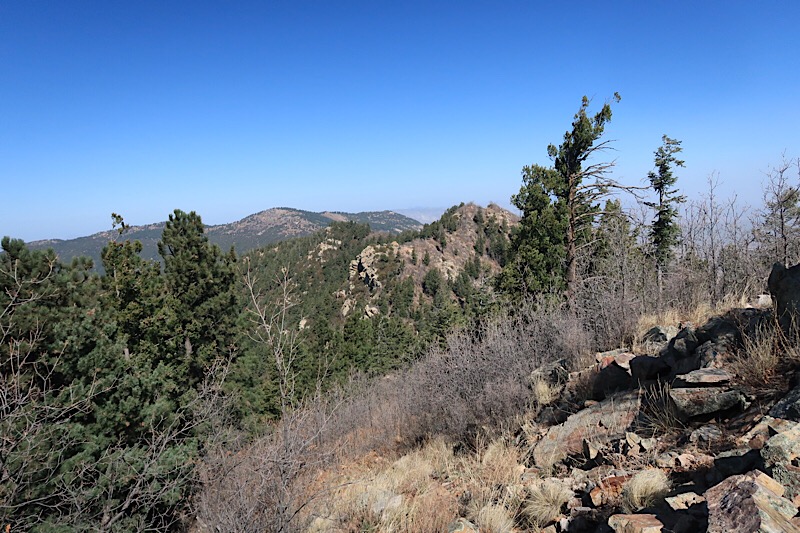 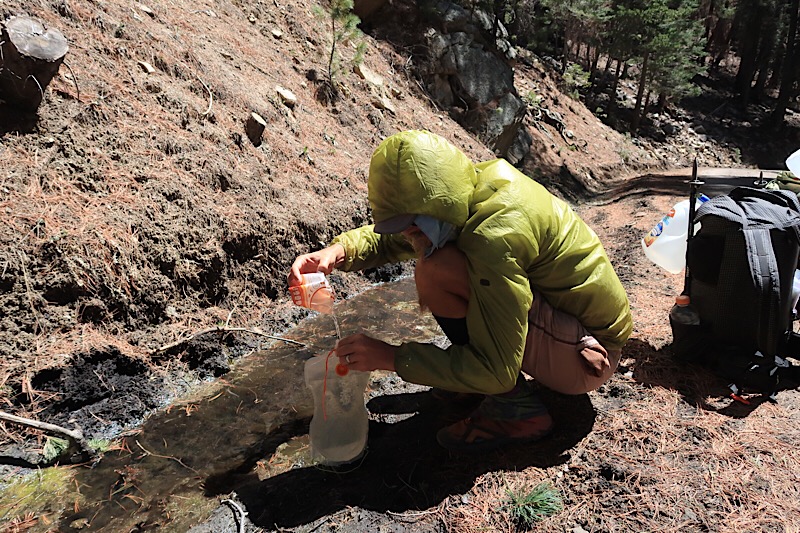 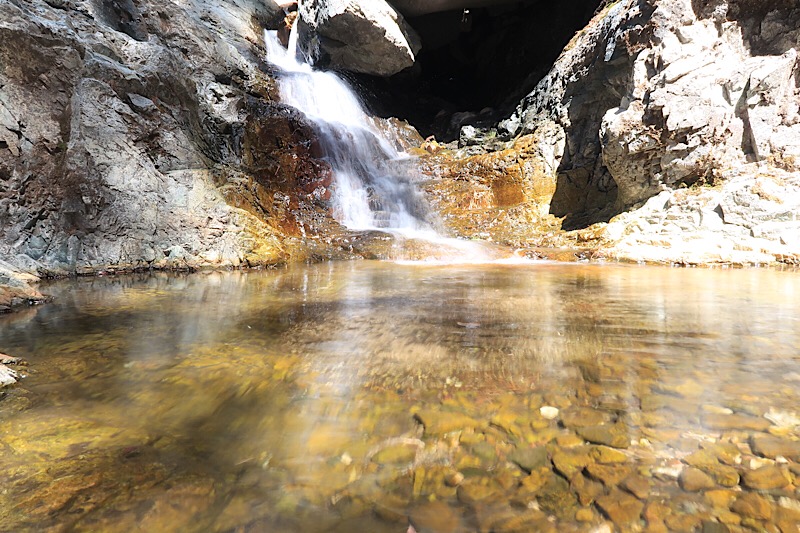