It got quite cold overnight, which made for not a very good night of sleep. At least the cows didn’t bother us.

We got up at 5am…since it feels like the miles just come so slowly, we figure it is good to lengthen our hiking day. Our feet are still in pretty rough shape, so we weren’t moving too fast when we started out. It seems like we are still dealing with blisters on a daily basis…and parts of our feet just hurt. We haven’t felt this kind of foot pain since hiking in the AT almost seven years ago!

The morning was spent hiking jeep roads as we continued to connect the “sky islands” of the Santa Theresa Mountains and the Pinaleno Mountains. We hit a nice cow trough after about five miles. We have been pretty lucky on this trail to have some great water so far. Even the cow troughs are spring fed or powered wells which produce nice water. We haven’t even needed to scoop the water from troughs, instead we’ve been able to fill our bottles from the direct spigot into the trough.

This morning we had another stretch of “cross-country” hiking. This time it was shorter (just a mile) and much more straight forward. Before stating it, we could even look out to exactly where we wanted to go. It was pretty steep straight up a spine to the top of a ridge. There was actually a followable path for a lot of the way up which made it quite a bit easier than what we had done yesterday.

When we got to the top, we took a stock trail down the other side of the ridge. The trail was super steep at times and therefore a bit slow-going. But it wasn’t long before we were back on jeep roads. There was a nice campground at the bottom where we stopped and had a bit of a break.

Then our day of uphill hiking continued. We decided to take another alternate from the main GET, as the alternate had a great water source and the main trail was dry. As we headed up the Sawmill Alternate, we came across a quad just parked in the middle of the trail. We later found the owner, as he greeted us (and startled us). He was decked out in everything camo and we didn’t even notice him, since we were mostly watching our feet as we climbed. He was just hanging out with his bow waiting for a bear. He said he has been tracking a bear (presumably with a wildlife camera) for three years and he knows the bear crosses the area at first light and last light. Luckily we were coming through in the middle of the day, so hopefully we didn’t mess up his hunting day.

The alternate trail was actually quite nice. It had a nice gradual uphill slope and we quickly got into a pine forest and even had a pine needle-strewn trail. It felt so nice to walk on soft tread for awhile after all the rocks we’ve been walking on.

The water source was a really great spring and we took a lunch break at that spot. It gave us an extra chance to drink an extra liter each before we filled up for about a 12 mile carry. Beardoh has been often carrying a one-gallon ice tea jug to help with the bigger waterless stretches (or when we just don’t know what to expect with upcoming water sources). This way neither of us needs to carry more than 2 Liters in our packs…that really makes a big difference.

As we continued on, we walked on a really nice forest road and passed some awesome car camping spots. We both commented on how nice it would be to come out here car camping some time. There wasn’t a soul to be seen and it seemed like a really peaceful and beautiful place.

We continued on the road to the crest, where our alternate came back into the main GET. It was over 8,600 feet and cool with a strong breeze. We checked cell service from that point and saw we actually had service, so we made a few quick calls and texts before continuing on.

The wind actually kept getting stronger and as we looked at the contours on the map of the terrain we were heading into, it looked like we were going to be getting the brunt of the strong winds if we kept going. We decided to stop early and find a spot out of the way of the wind.

So, we are packed into a small spot which is pretty well surrounded by trees and bushes. Not much room to maneuver around, but we are pretty sheltered from the wind. We can hear it blowing hard in the trees above us, but we don’t feel much where we’re laying. 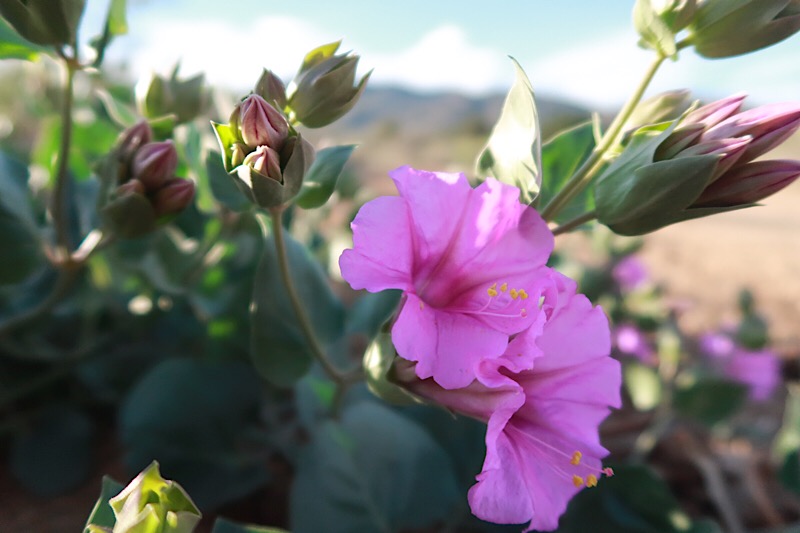 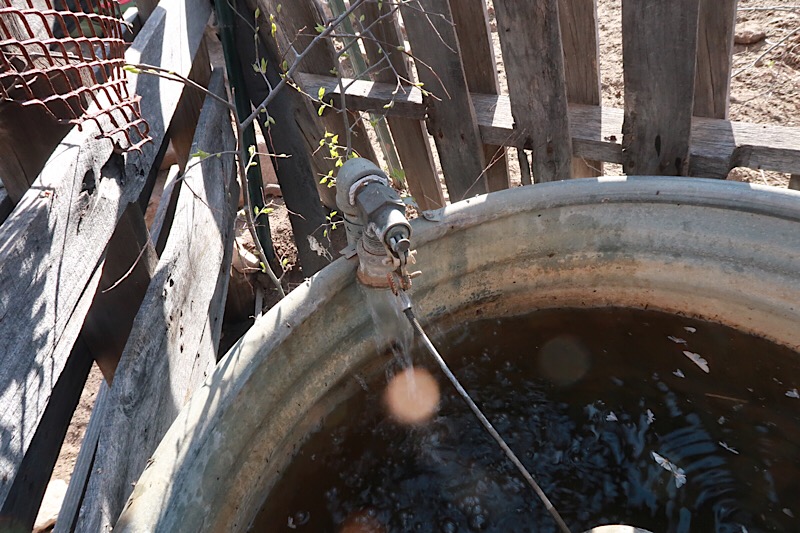 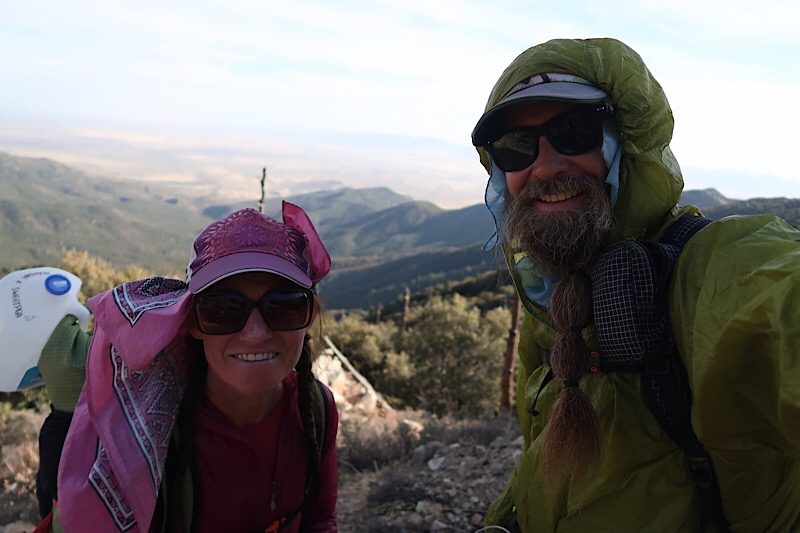