Last night felt like a full fledged assault by the wind. Although it had died down when we were going to bed, it came back with a vengeance. It started to blow in the exact opposite direction as earlier, so Beardoh got up and took down our tarp. SweetPea’s pillow blew away four times (the last time it ended up a bit down the hill before Beardoh found it) and so we both put away our pillows, made sure everything was in bags that were weighted down, put rocks in our shoes so they wouldn’t blow away and just hoped for the best. The wind last night was some of the fiercest we have experienced when sleeping outside.

This morning, we stayed in our sleeping bags an extra hour because Beardoh hadn’t slept much during the night. The wind was still blowing as we packed up, so we had to be careful to keep everything weighted down until it got put into our packs.

We finally started hiking around 7:15am and had just a short distance to backtrack before we were once again on the trail. It started out pretty decent, and then we had some route finding challenges, which have become the daily routine.

We got in a few miles to where the trail forks into the main route and an alternate route. There are many alternates on the GET, but so far we haven’t taken any. This morning, however, we decided to take the Black Rock Canyon Alternate. It was a mile longer than the main route, but there weren’t any route finding issues. The alternate basically followed a very rough jeep road for a few miles and then headed down to a wash, which we ended up following for most of the rest of the day. The wash was very rocky, which is different than what we have experienced in other washes, which tend to be very sandy. This wash also had a lot of nice water throughout it, so we were able to stay pretty hydrated.

After our alternate hooked back up with the main route, we continued in the wash for several more miles before heading off on a vague trail. We have heard that the creator of the GET route has put out blue flagging in certain areas that are tricky to navigate. We have seen some of this blue flagging and are always excited when we see it, because that means we are on the right path.

This evening, we really had our eyes peeled for the blue flagging, as we started a 3 mile cross-country section. It sounds very short and not a big deal, but it is really slow going and difficult to figure out. We had the guidebook pages with us and kept re-reading the instructions for what to look for and where to turn. We both appreciate doing this hike with a partner, because having two people looking out for landmarks is really helpful.

We could tell that the cross-country section was going to be pretty tricky to find a campsite in, so when we found a decent spot, we decided to stop for the day, even though it was only 5:40pm. We figured it would be good to sleep early and long, since last night was rough sleeping. Then, tomorrow, we can get an early start on the day.

We have a great view from our campsite on Black Rock, a giant rock outcropping. The wind has started to pick up, but we are totally prepared tonight…pillows are stowed, everything is put away in bags and weight down, and we have rocks in our shoes. We’re ready for a good night of sleep with earplugs to block the sound of the wind. 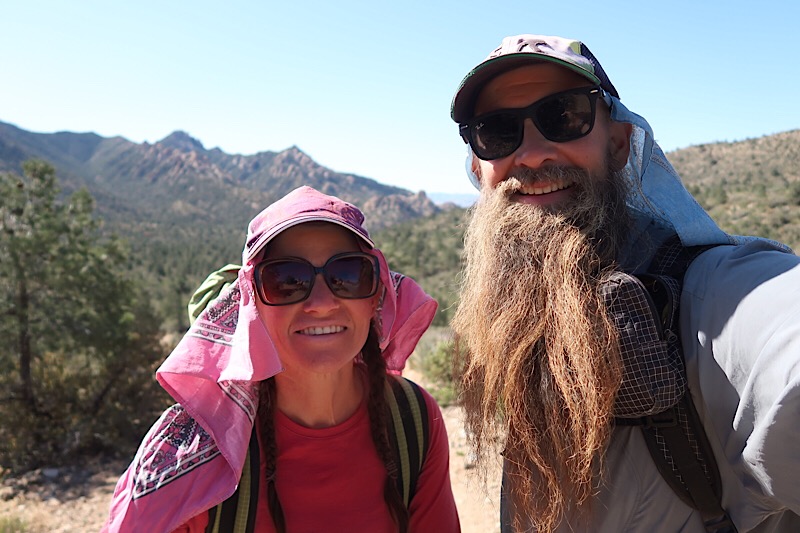 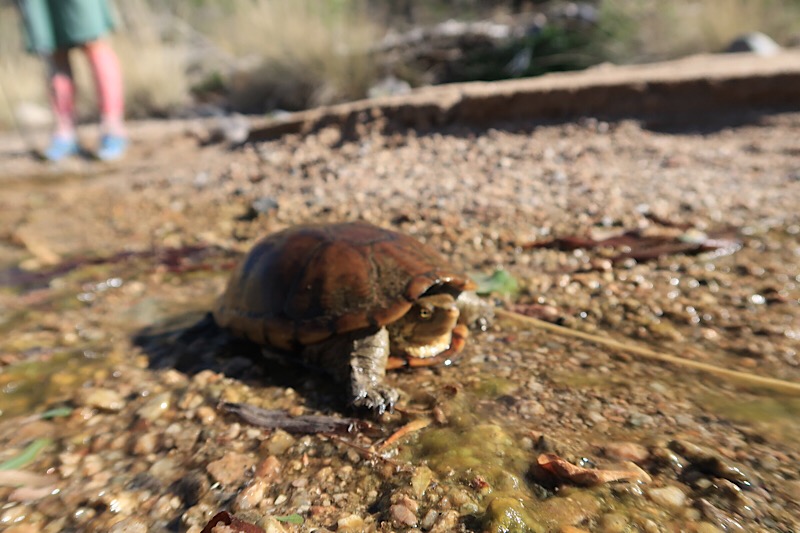