Even though we didn’t need to do a lot of miles today, we still woke up early, since we had a glacial ford about eight miles away. With these types of fords, it is best to do them early in the morning when the water level is as low as possible.

We headed out and had a fairly gradual climb through a field of rocks to Moose Pass. The pass was a really nice meadow with great views of the surrounding mountains.

The rest of the morning was spent on a gradual downhill slope to our ford. There was decent trail most of the way and we enjoyed the easy walking. We decided to hold off on doing laundry or having a long break until after we had gotten through the ford.

The Guthook app lists the glacial fords as possibly dangerous, which can make one a bit anxious about them. Even the fords of the Moose River yesterday were listed as potentially sketchy, but they turned out fine and the deepest one was only mid thigh.

When we got to the ford today, the water was running strong and of course we couldn’t tell how deep the water was since it was cloudy with silt. We decided to cross at a point where the river was split into two smaller parts. We figured it would be easier to ford two smaller rivers than one big river. The first part was mid thigh deep with a pretty strong current. We got through that one slowly and then the second part was much shallower and was a piece of cake.

As soon as we got to the other side, we decided it was time for a break and some laundry. It was nice to sit in the sun and just rest for a bit. We wrung out our socks and tried to get as much water out of our shoes as possible. Our feet have been suffering from all the wetness lately, so we were glad to be done with the final ford.

Soon we were on a side trail that leads down to the Mount Robson Visitor Center and the end of our hike. As soon as we turned onto that trail, the quality of the trail improved immediately. It is a very popular trail which translates into a very well-maintained trail. For GDT hikers, it feels like a relative super-highway.

We tried to track down a ranger at the two ranger cabins we passed, but didn’t see anyone. Since we didn’t have a reservation to sleep at a campsite on this trail, we wanted to check in with them. But since we couldn’t find anyone, we decided to just go to one of the larger campsites with the thought that there was a better chance of finding a free spot. There are a lot of campsites along this trail…probably one every two miles or so!

There is good reason that this trail is so popular…it is spectacular! There is a lot to see and enjoy on the trail, from alpine lakes, to Mount Robson (the highest mountain in the Canadian Rockies), to glaciers, to waterfalls, and braided rivers. It was such a nice trail to experience at the end of our hike.

As we were walking down the trail, we ran into a woman we had met when hiking north of Lake Louise. She recognized us first, but once we talked with her, we remembered meeting her and her friends. She was now hiking this trail for a few days with her grandson (her 15th outing camping on this trail). It seemed like such a random coincidence to run into the same person after several hundred miles of hiking. We chatted with her for a bit and then continued on our way.

We were able to find an empty campsite and could even hang both of our hammocks over the tent pad. We have a short day tomorrow to wrap up this hike. It will be a treat to wake up without an alarm tomorrow! 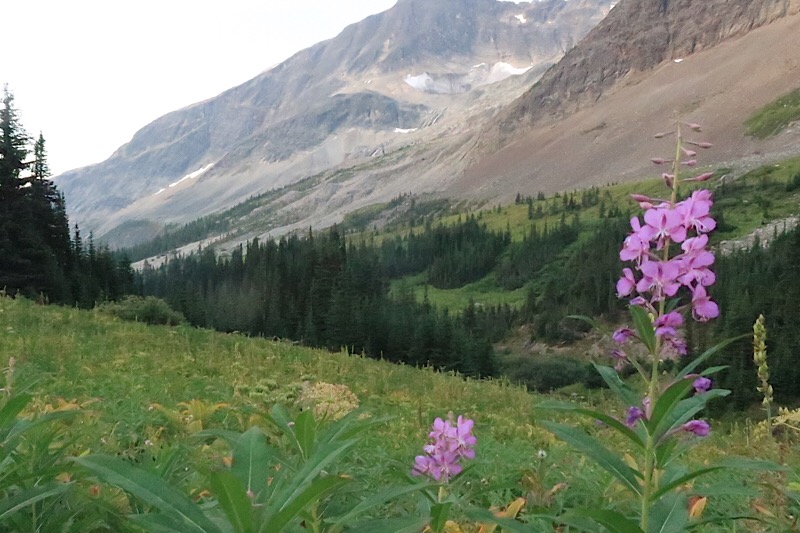 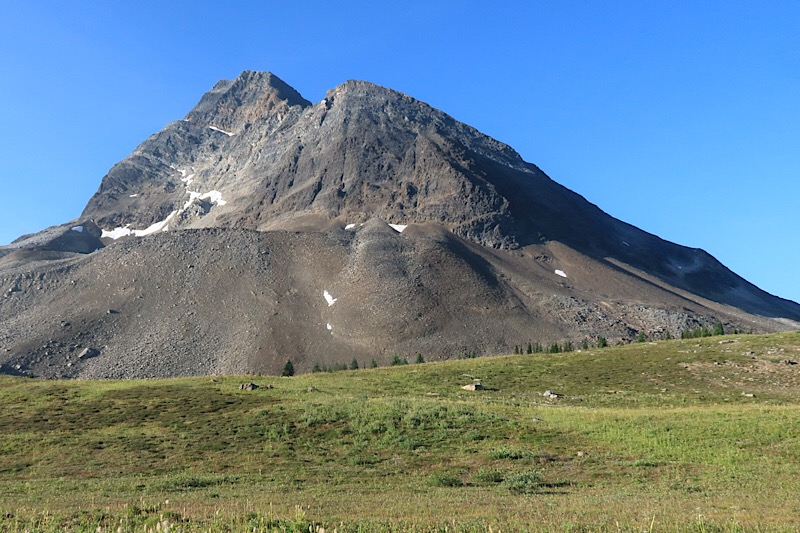 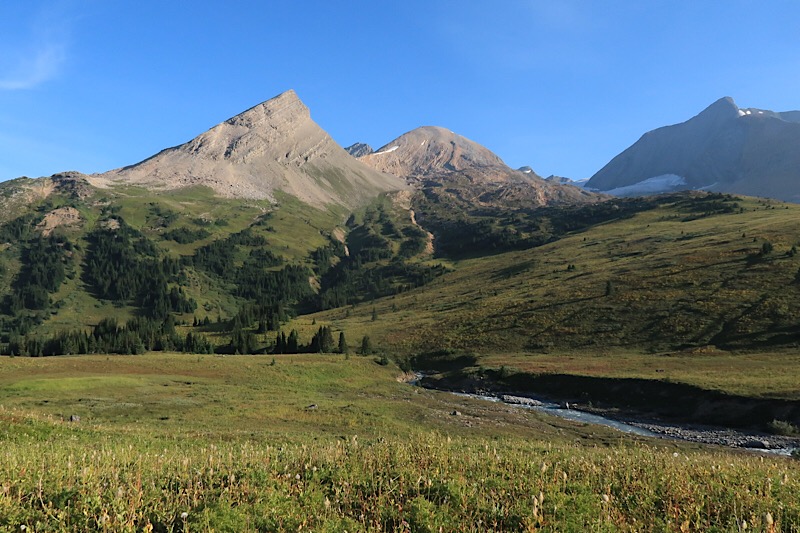 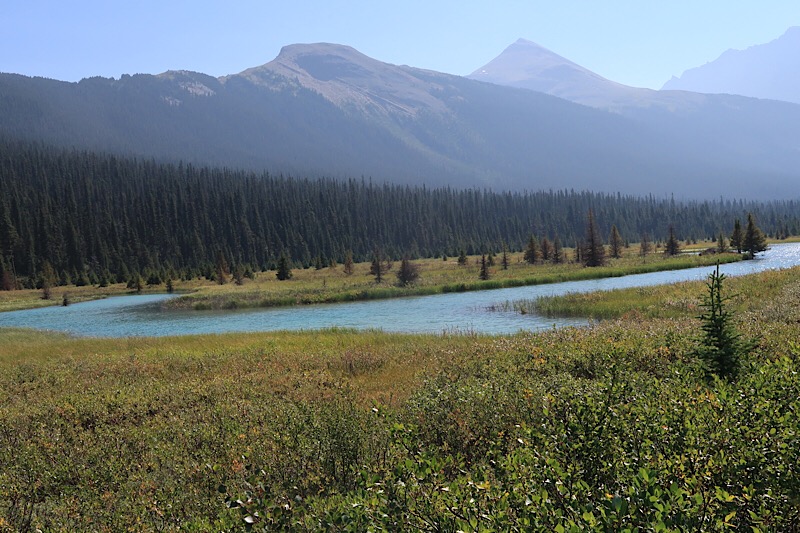 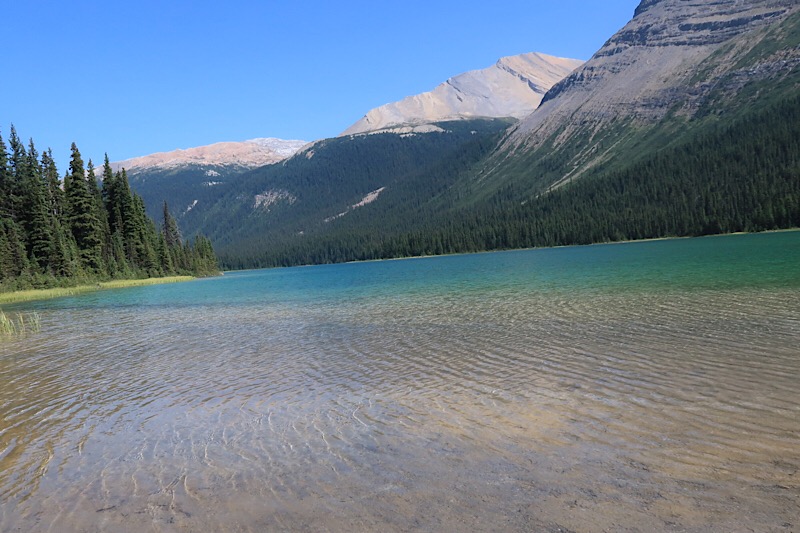 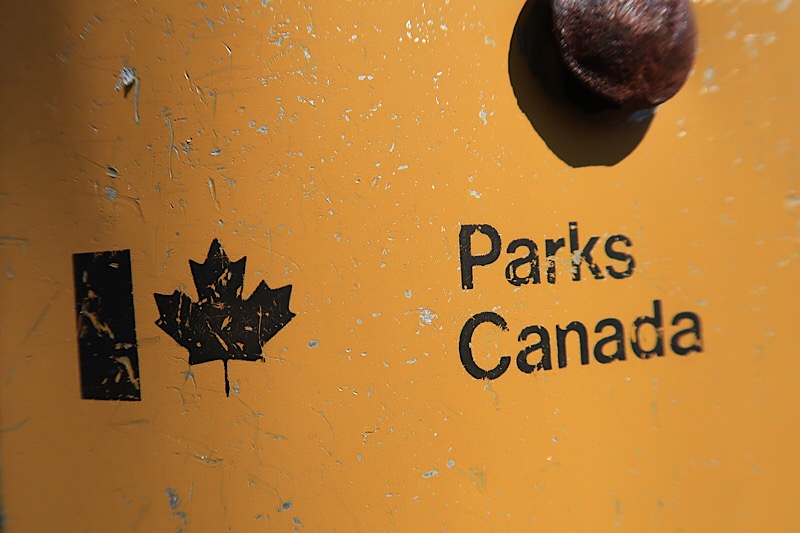 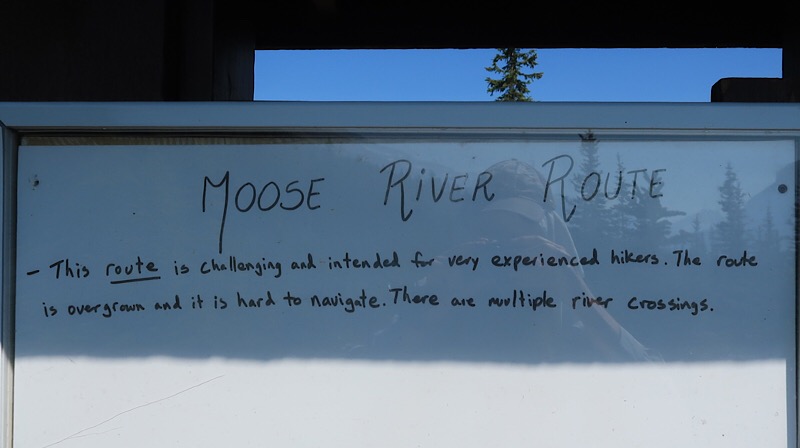 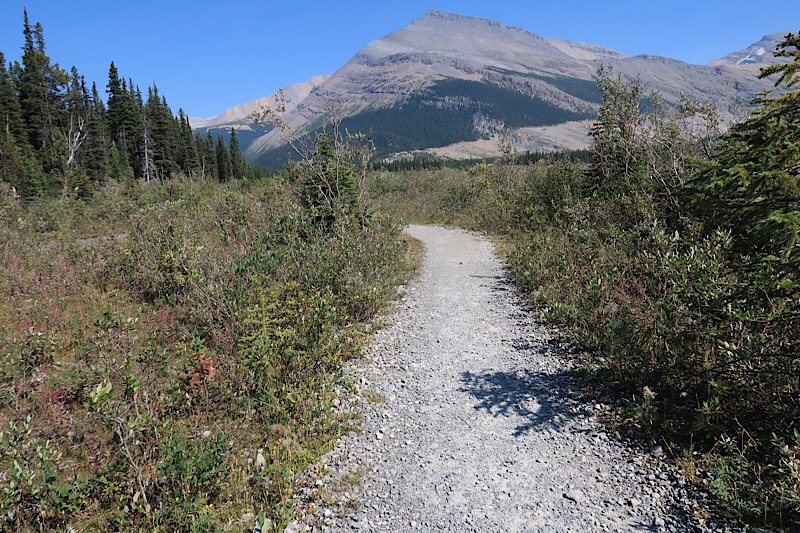 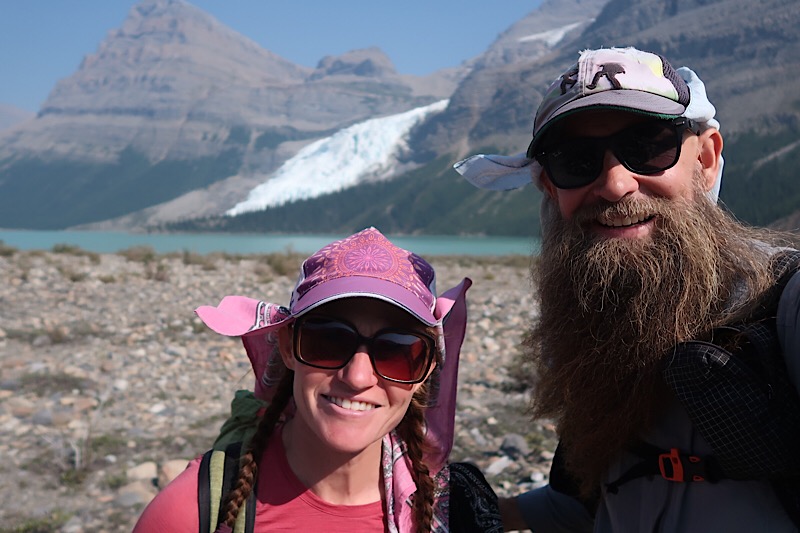 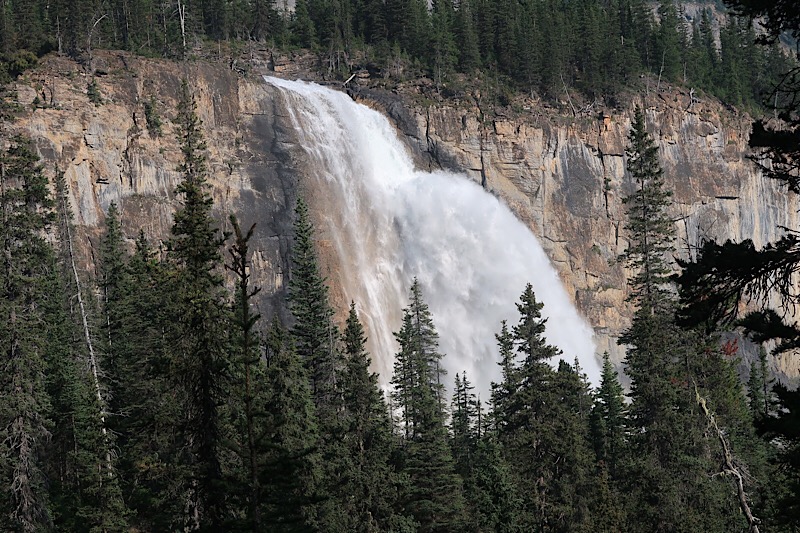 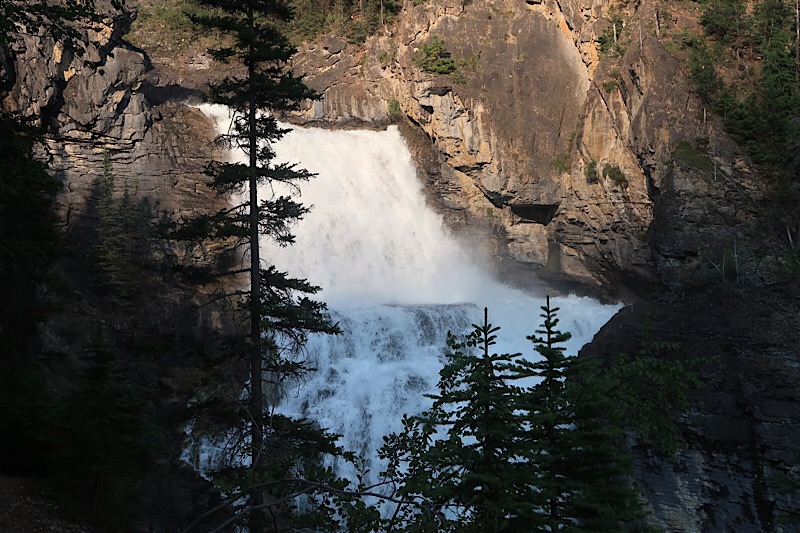 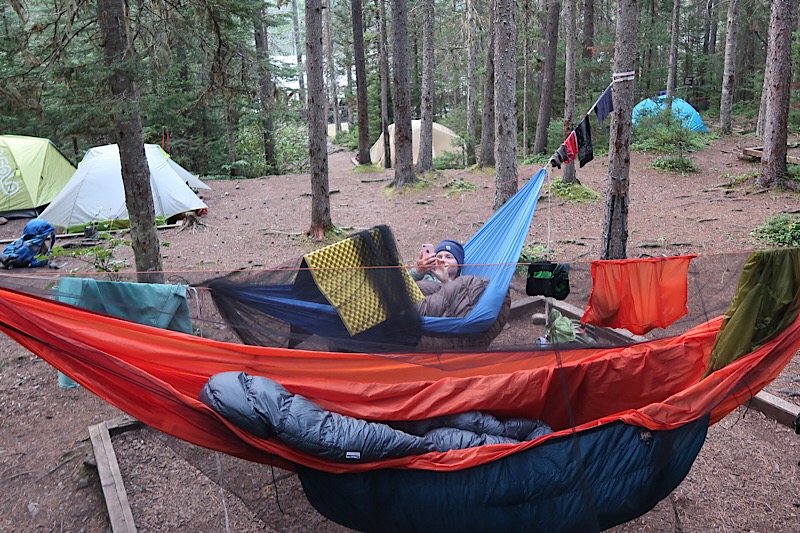