We had sort of a zero in Jasper yesterday. We slept in, enjoyed the really great buffet breakfast in the hotel, did some work tasks, sorted out food and finally walked out of our room one minute before checkout.

The bulk of the rest of the day was spent figuring out how to get back to Seattle when we finish the trail in a few days. We spent a few hours at the hotel working on their guest computer, and then walked down the road to talk with a rental car agency. We were pretty much looking at all options for travel…bus, plane, train, one-way car rentals…different routes and towns.

After literally hours, we ended up booking tickets with Greyhound from Mount Robson to Seattle. It is going to be over 19 hours of travel, but the money savings was hard to ignore. It also meant that we were going to forfeit all the extra food we had sent ourselves when we had thought we would be going to Kakwa Lake instead of Mount Robson (basically 7 extra days of food per person).

Around 5:30pm, we decided to walk to the edge of town to hitch to the trailhead. The GDT has 13 miles of walking on a busy highway which we weren’t really interested in doing, so we planned to hitch through the road walk. We stood on the side of the highway trying to hitch for about 15 minutes and were starting to talk about just walking. Right at that point, a truck pulled over and picked us up.

It turned out to be another awesome hitch. Two brothers, Kamaka and Francis, had grown up in The Congo and had been living in Canada for twelve years. Amazingly they spoke Swahili and we had a lot of fun chatting with them. They said we spoke better Swahili than them, since in the Congo they mix Swahili and French.

It is amazing, all the crazy experiences we’ve had on this hike. The fact that we have gotten two hitches with Swahili speakers seems a bit unreal. Perhaps it is a sign to us that we need to go back to Tanzania.

We ended up walking a bit further than we had planned (just over two miles) before we could find a place to hammock. When Beardoh got up to pee before going to sleep, he saw a big elk on the dirt road we were camped next to, just looking up at us. He must have been wondering what we were.

Within the first few miles this morning, we came upon a big elk…maybe the same one. He was in the trail and not really bothered by us walking up. He just stood there, eating leaves. After we waited a bit for him to leave, and realized he wasn’t in any hurry, we just bushwhacked around him and got back on the trail. We haven’t seen an elk that close up before (in the US Southwest, they are very skittish and run whenever you get within 100 yards). The rack on this elk was amazing! It was so tall it seemed almost unreal.

The trail this morning was actually fairly good. Even though it had some blow downs, was muddy or overgrown in sections, it was well-defined and often in decent shape. The trail was pretty much in the trees with not much view or sunshine for the morning. We did find some ripe blueberries and salmon berries to enjoy this morning which was a nice treat!

In the afternoon the trail finally emerged into our favorite kind of walking on the GDT…wide, alpine meadows with large rocky mountains on multiple sides. Luckily the smoke had cleared up again today, so we were able to see the mountains around us. When we were in Jasper yesterday, the smoke was so bad you couldn’t tell that there were even any mountains around the town. Hopefully things will stay clear for a few more days.

The afternoon was rather frustrating with the trail disappearing for large stretches. It has been crazy how the trail can be well-established one minute, and then completely disappear to no trail…only to reappear as good trail a few miles down the way. It also seems like we mostly find the flagging or other markings at spots where the trail is very obvious and not at points where the route is confusing.

We left Jasper NP this afternoon and entered Mount Robson Provincial Park. That makes it feel like we are getting closer to the end of the trail since that is the park where we will finish.

The bugs were terrible at camp again (basically that is the case every night), but we still sat outside listening to a podcast for a bit before heading to our hammocks. It is pretty breezy this evening, which is unusual. 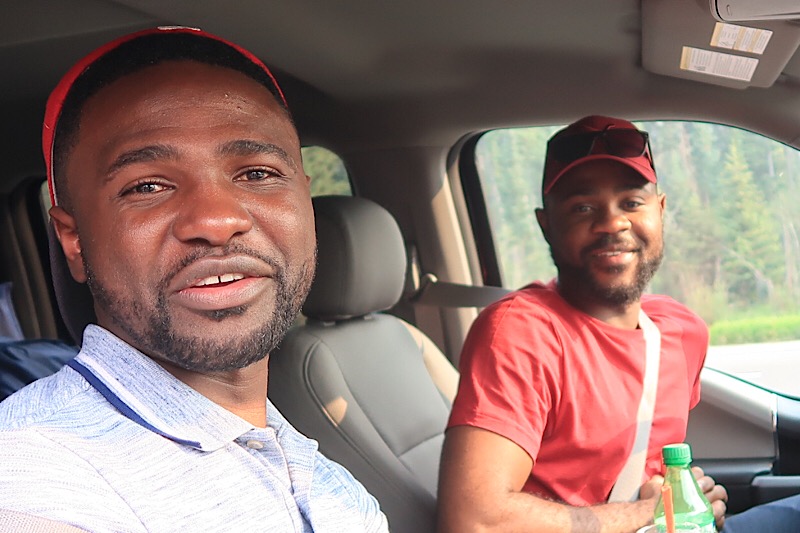 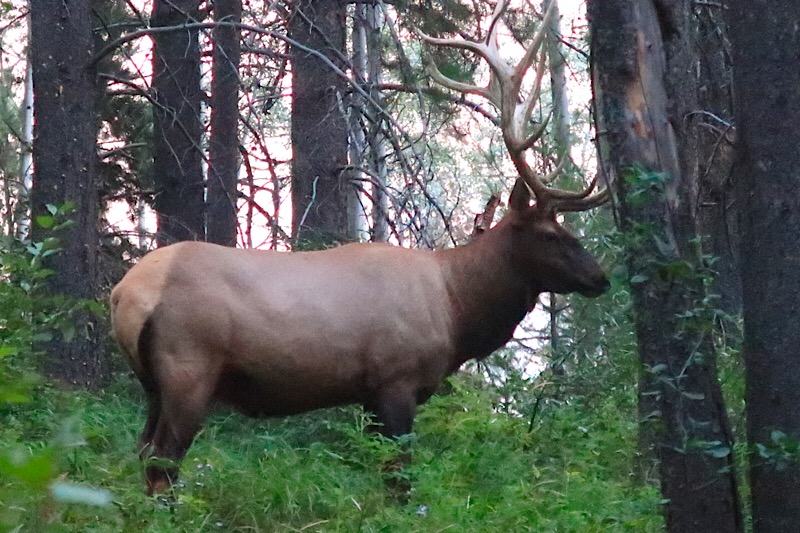 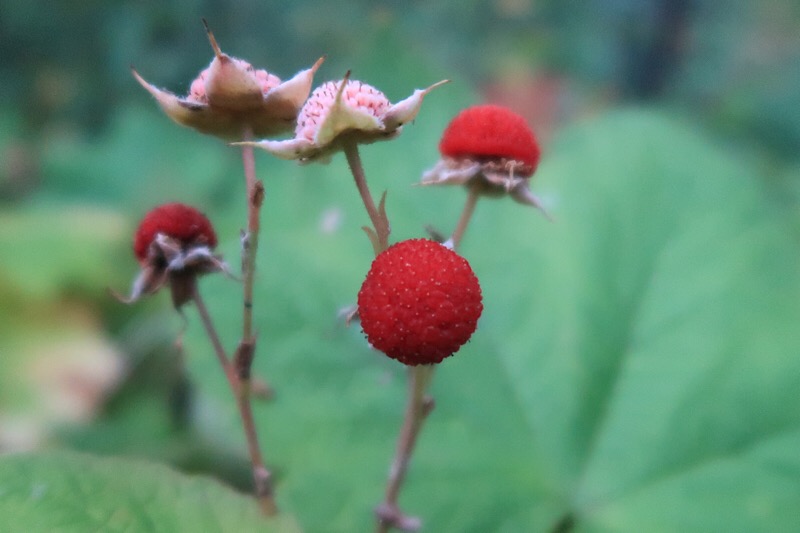 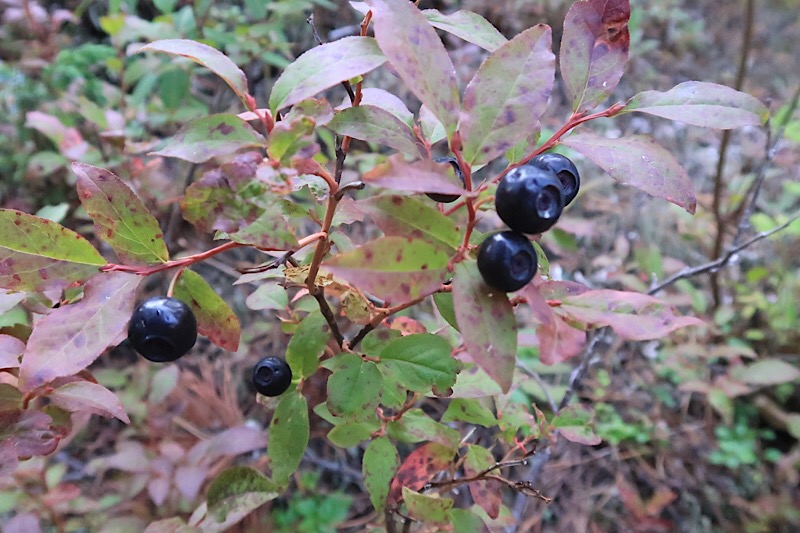 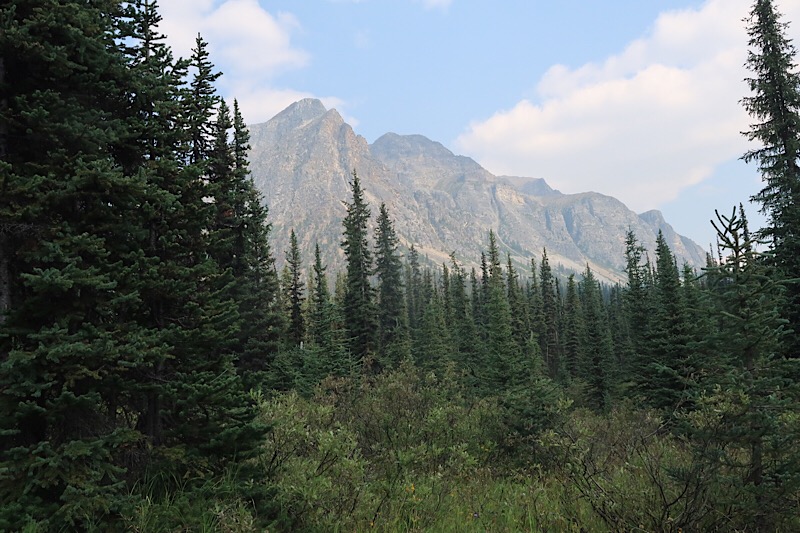 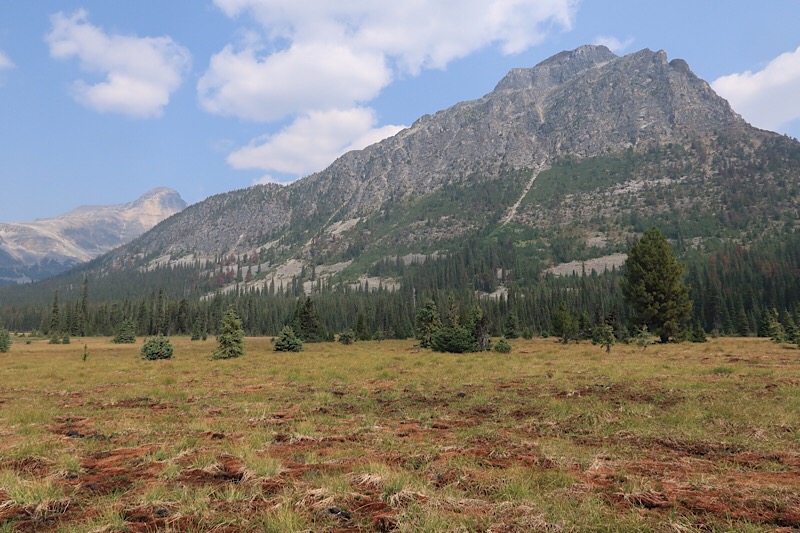 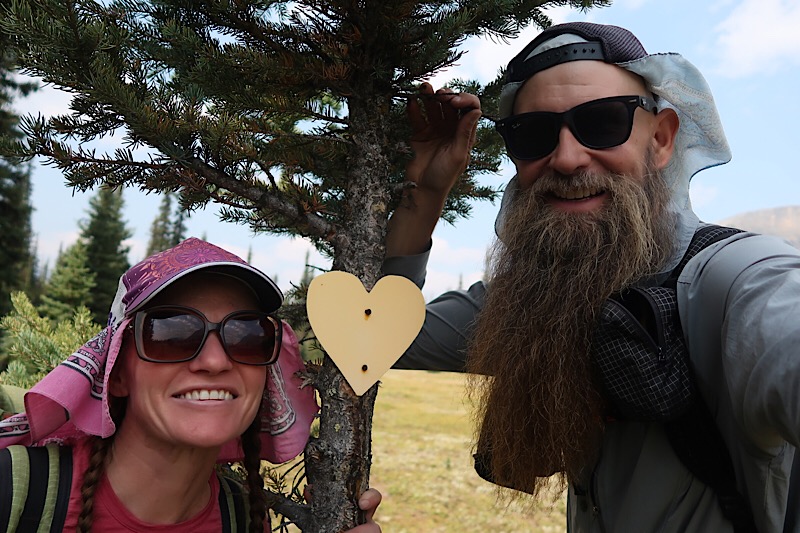 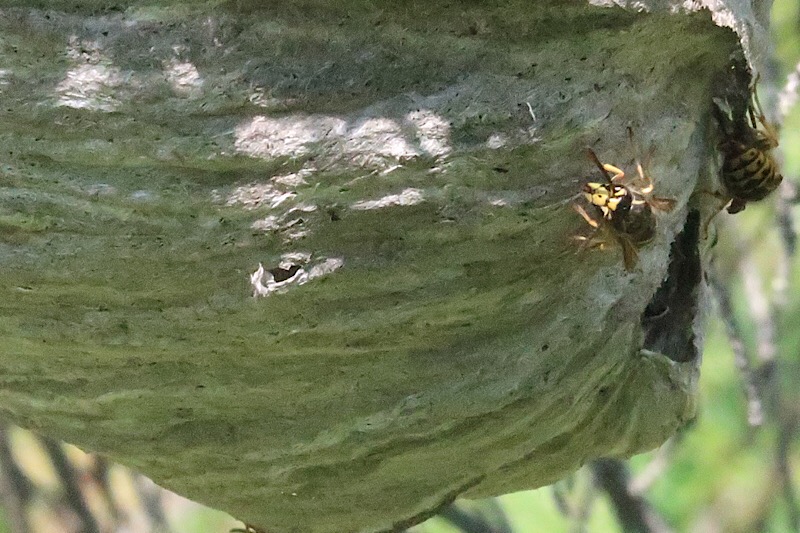 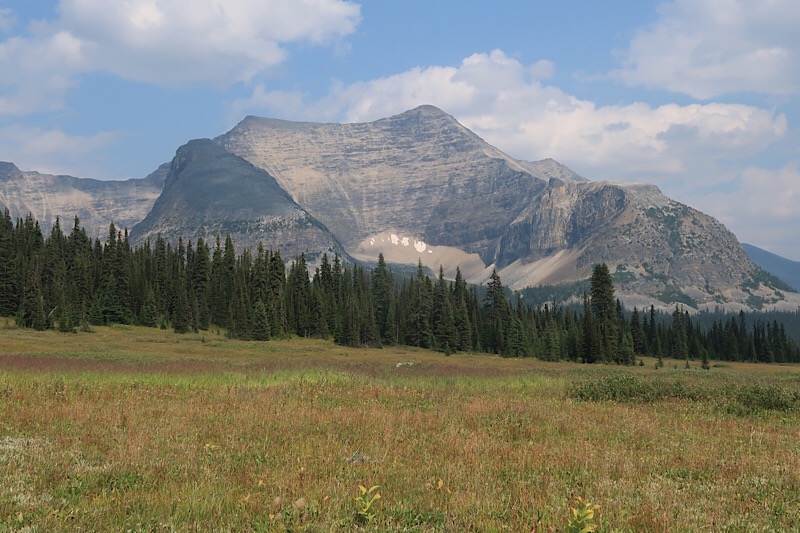 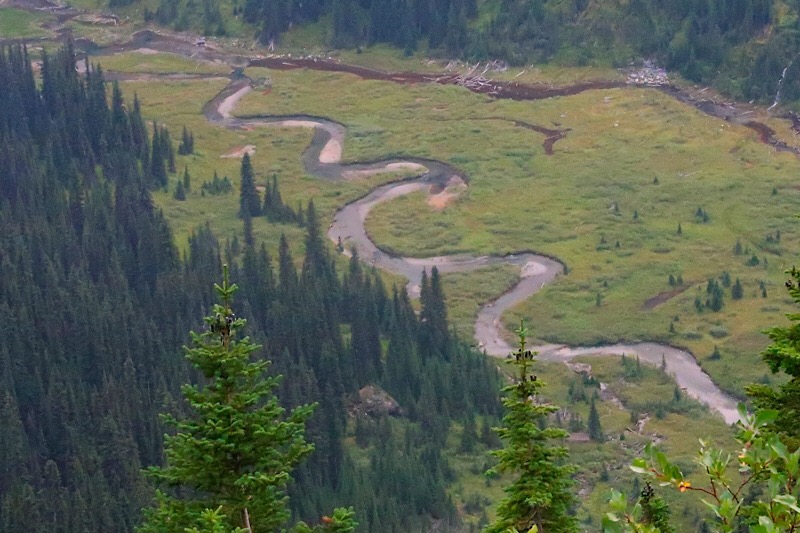