We headed out on the trail around 6:30am for a big descent down to Pinto Lake. The trail was really steep and slippery from the rain, so it was a bit slow going. The lake was beautiful and the water was so still it was like a mirror reflection of the mountains.

There was a trail register shortly after the lake. It seemed like mostly just GDT hikers are coming through this area. We could see that the closest GDT hiker in front of us came through two days ago. Looking through the register, most days had a GDT hiker signing the book, and some days had as many as three hikers.

After Pinto Lake, things went downhill fast. The trail was hard to find and follow. We had to cross over really fast and swollen creeks, so it took time to scout out a good place. This happened several times. Then when we had crossed over, we couldn’t find the trail on the other side. It felt like most of the time it was hard to know what side of the creek we were even supposed to be on.

As we finally got ourselves on a trail that paralleled the creek we were meant to follow, the trail had so many downed trees…easily hundreds of trees. It was frustrating that we couldn’t seem to make any kind of good pace today.

Our feet seemed to be always wet today. We were constantly fording creeks and lake outflows, and sometimes the trail was just covered in water. We are really hopeful that as we crossed into Jasper NP at the end of the day, that we would have better trails in our future.

At a certain point in the day, we had to make the commitment to go all the way to the Boulder Creek campsite…simply because there was no place in between for us to hammock. There was probably an eight mile stretch with no good trees, so we just had to go all the way. It is the first time we have arrived on time to a campsite reservation on this trip, but we didn’t really care about that.

The late afternoon was spent getting up to Cataract Pass. It was really hard to understand our map and GPS (as well as notes from previous hikers) as to how exactly we were supposed to approach the pass (there was no trail). We ended up doing some extra climbing and descending before we could get a good look at the pass and understand how to get up it. The location of the GPS which we sometimes use to narrow in on the prescribed route was regularly on what appeared to be the wrong side of the stream coming down from the mountain. We run into that problem where the base map’s innacuracy can really be misleading. We have a couple base maps which are layers behind the GPS tracks and it appears that much of the features were digitized fairly haphazardly.

What we thought was the pass from the bottom turned out not to be the pass, and we still had further to climb. Once we finally got to the top, the descent on the other side was quite steep at times. The views were great and we tried to appreciate the beautiful day.

We didn’t make it to the pass until 6pm and then we knew we still had five more miles to our campsite. The slow trail for most of the day really had us behind schedule.

After several miles, the trail got much better and we were able to go at a good pace. We rolled into camp at 8:45pm and were super exhausted. We set up our hammocks as quickly as we could, hung our food on the bear cables, cleaned our feet and headed to sleep. After the difficulty of the last two days, we are hoping for a more forgiving day tomorrow.

Although we cursed the trail a lot today, we are going to try to be more accepting of the “shitty-ness” of the trail for the rest of the trip. The “shittyness” of the trail is something that a fellow hiker, Buck30, wrote about the GDT, and it makes us laugh to think about his writing of; “The GDT has a high quantity of shitty trail”. 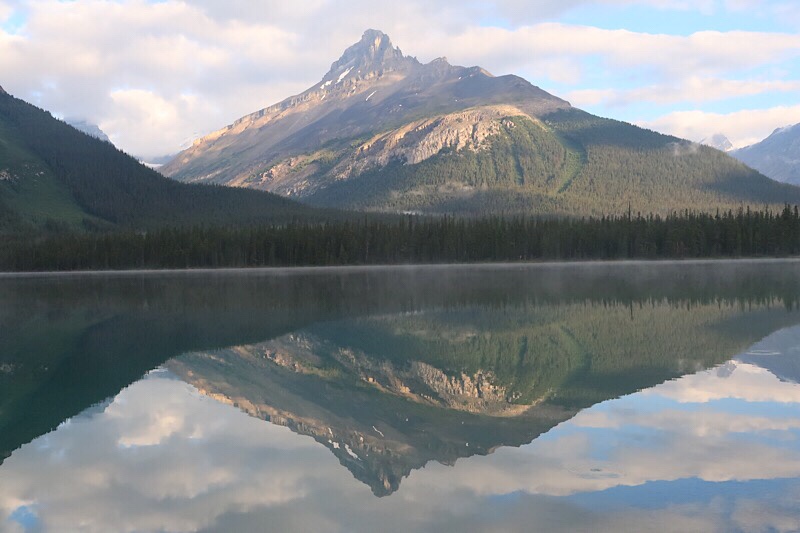 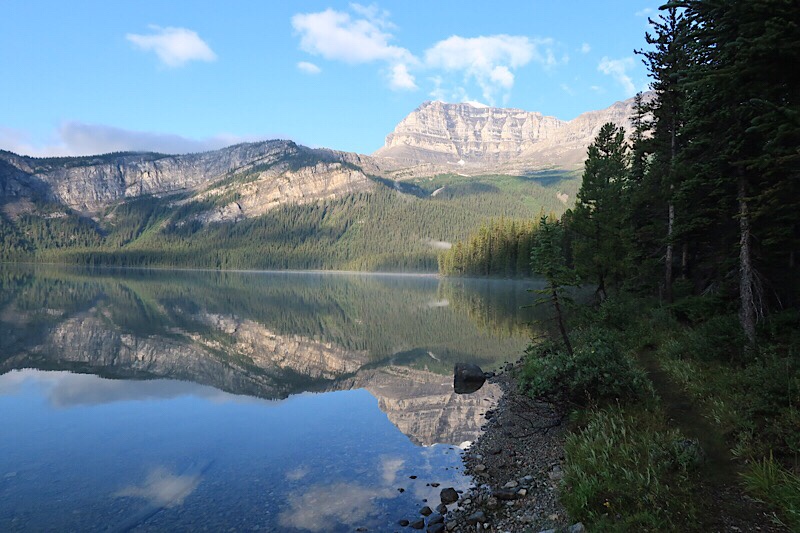 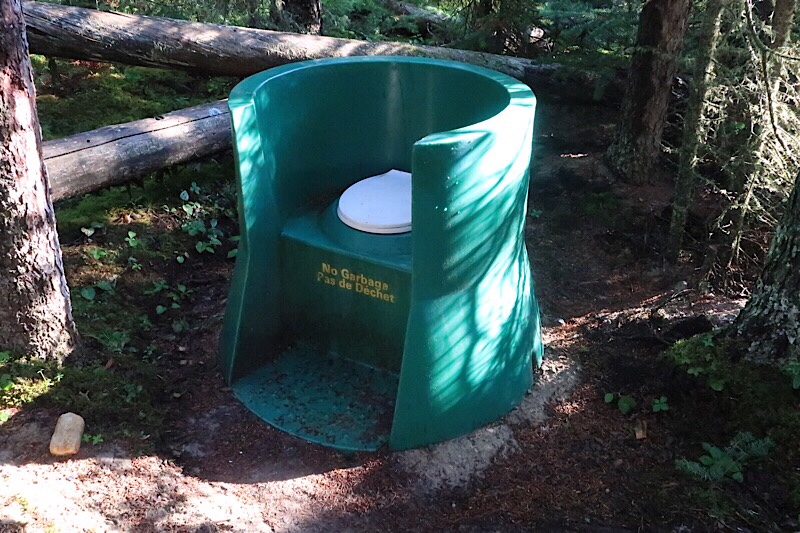 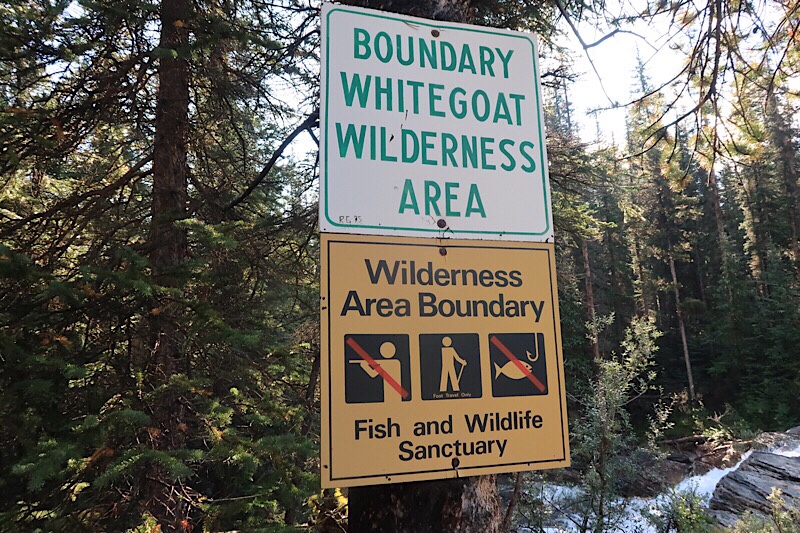 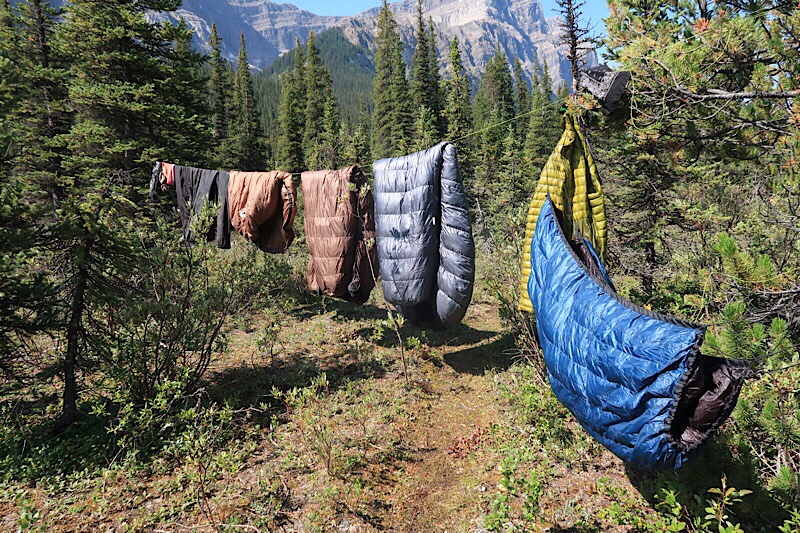 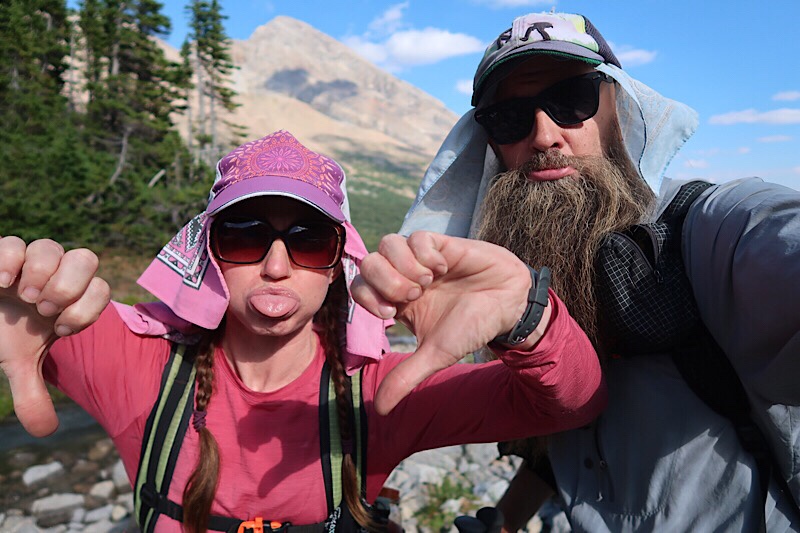 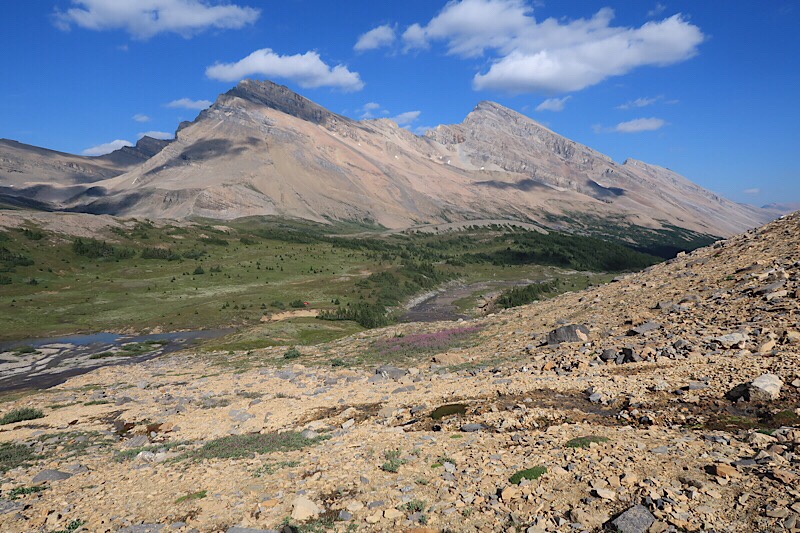 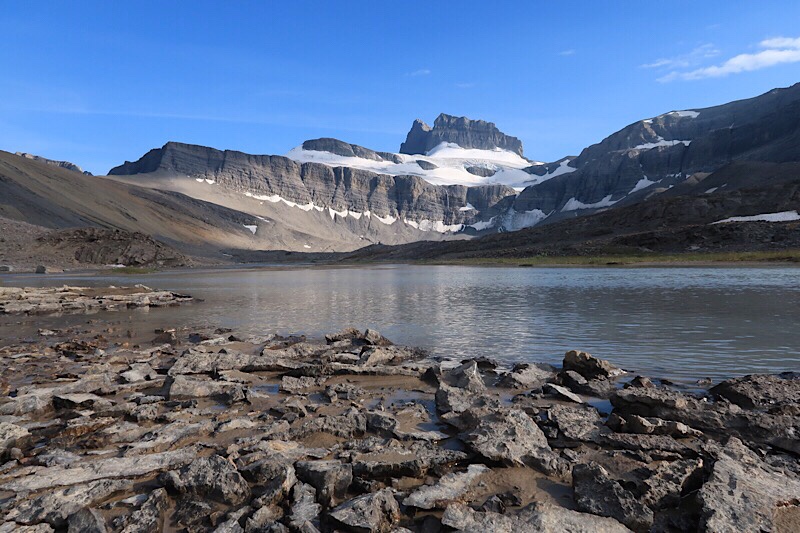 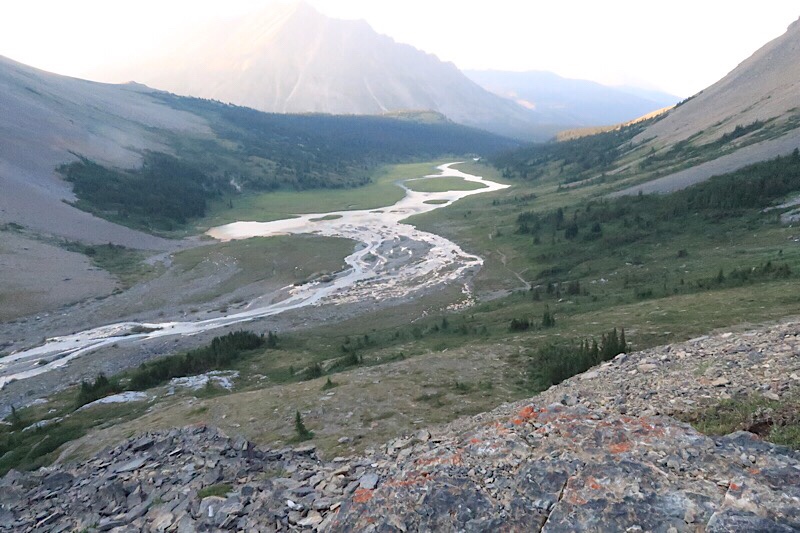