Today was our first day back on the official GDT after about a week and a half, and boy was it a doozy!

But first, let’s go back to The Crossing Resort…We stayed in our room until check out and then went to the guest lounge to hang out. We finished our laundry, sorted through our food box, and just killed time. After lunch, there were two couples from Spain hanging out in the lounge, so we got to practice our Spanish with them for awhile. It was a lot of fun and they were really patient with our Spanish skills.

We knew the forecast was for rain that afternoon and also some today. We had hoped to hike out a few miles and then just camp for the night. Once it looked like the rain had stopped, we headed out with our packs and worked our way back towards the trail. We probably got less than a mile from the resort before it started to rain again, so we stopped and set up our tarps and hammocks.

It was barely 4pm, but the rain continued and then we got thunder and lightning, so we were in our hammocks for the rest of the night. We both had podcasts and audiobooks to keep ourselves entertained.

When our alarms went off this morning at 5:45am, it was thundering and lightning, so we decided to stay in our hammocks until the storm seemed to have passed. It was another two hours before we felt it was clear enough to get started on the day. A mere 15 hours in our hammocks…eeks.

Although it wasn’t raining when we started out, the wet plants along the trail ensured that our feet were wet in short order. The trail we started on went along the North Saskatchewan River and we could see that the forest on the other side of the river had all been burned in the past.

The trail came to Owen Creek, which we were supposed to ford, but it was a raging creek this morning, so we opted to follow game paths to the road and walk the road across the creek instead.

The trailhead for Owen Creek Trail was nearby and we were surprised at the number of cars at the trailhead, seeing that the trail wasn’t even on our NatGeo map.

The trail was quite muddy and slippery from all the rain. It started off going above a gorge that was pretty cool. The water was coming through so fast and sounded so loud. Often it was hard to see down far enough into the gorge to see the water, but it was really neat to see that here…definitely not expected.

The trail along the creek was terrible to say the least. The first part of the trail had really steep climbs and often the trail would just disappear…sometimes because it had been washed out. SweetPea was dismayed after awhile when Beardoh told her that the GPS app marked “poor trail conditions” coming up. It seemed like that was what we had already been walking in, but indeed it did get worse.

At times it was really slow going and we would only be able to hike half a mile in one hour. We really hadn’t expected that kind of slow trail today.

We saw multiple groups coming out as we were going in. One group was for a bachelor party and we thought the choice of that trail was crazy for such a party. We were told that it took the guys nine hours to get to their campsite when they came up two days ago. If this trail seems really hard to us after hiking for over three weeks, we can’t imagine what it felt like for the guys not used to hiking.

We eventually made our way out of the creek and up towards Owen Pass. So much of the rest of the day had no trail at all. But it was fairly open, and we were just going up one pass, then down, then up another, and so on, so we could just see where we were headed and pick our own route. We ended up doing three passes at the end of the day, which really tired us out.

After the third pass, we headed for the next campsite listed on our map. It is in a valley, next to a creek, so there is a good chance that it could get quite cold tonight. The day was already our coolest yet (we both wore our wind shirts/pants for almost the whole day). We got to camp around 7:45pm which is late for us, but with our late start and the slow miles today, we figured it would be good to press on a bit later.

As we were setting up our hammocks, the valley got socked in with fog. A little while later, the rain started up. We were really glad to be done hiking before the rain started. Luckily it has stopped now and we are hopeful for a clear day tomorrow.

Even though it was quite grey out today, we had pretty epic views from the three passes. They were spectacular with the big valleys and steep rock mountains, and Michele Lakes. We saw some big horn sheep, a mountain goat, several marmots and a pika today. Not too shabby. 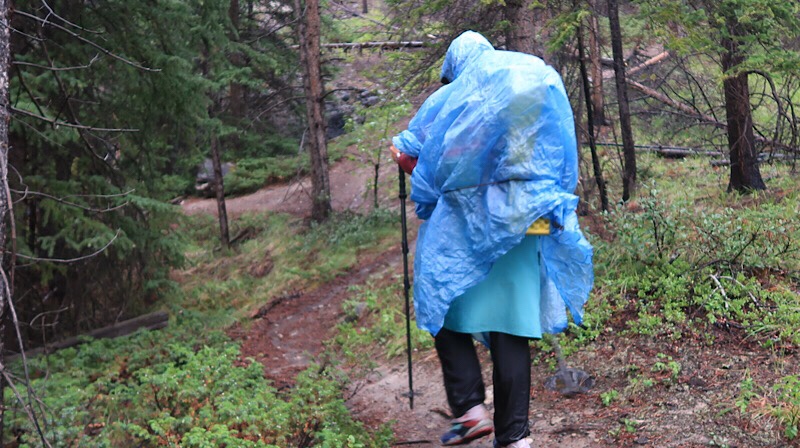 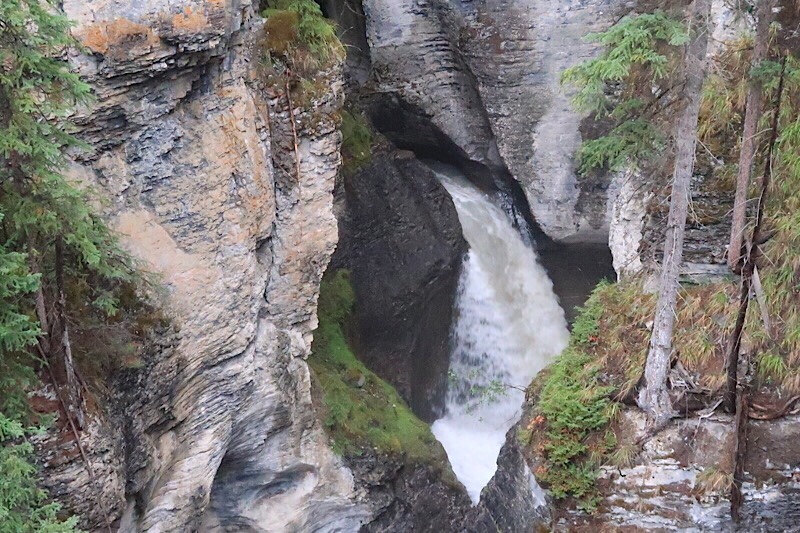 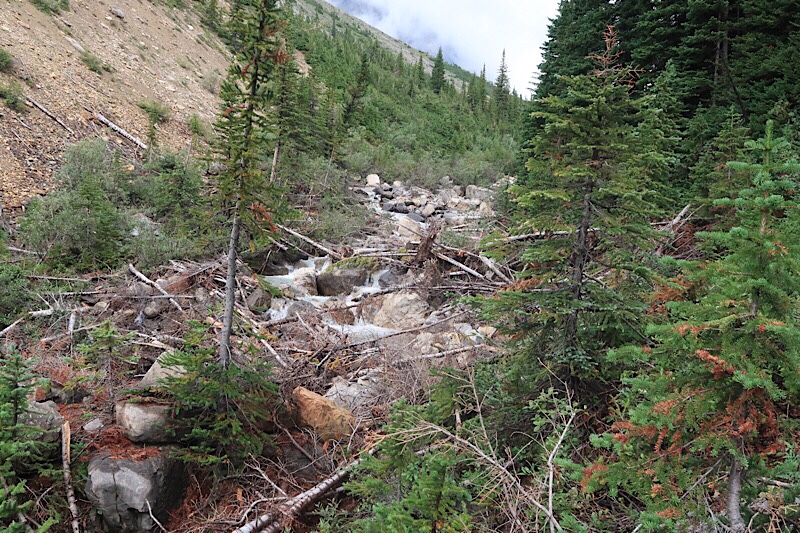 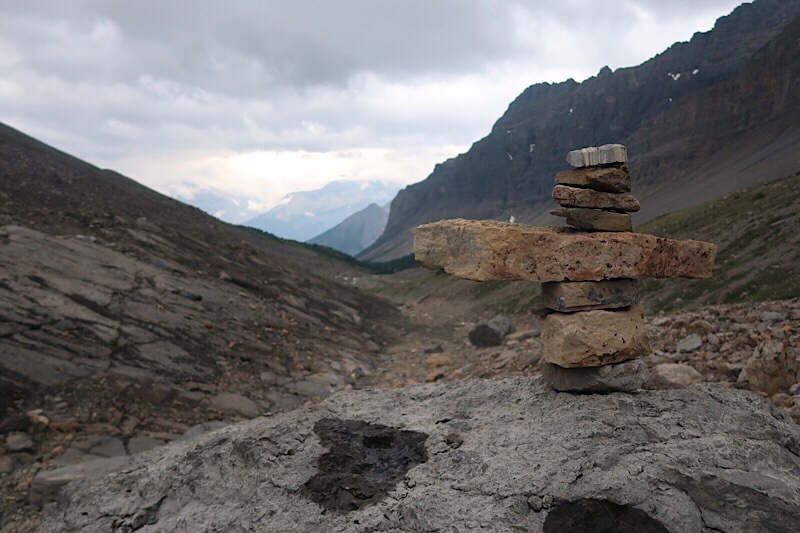 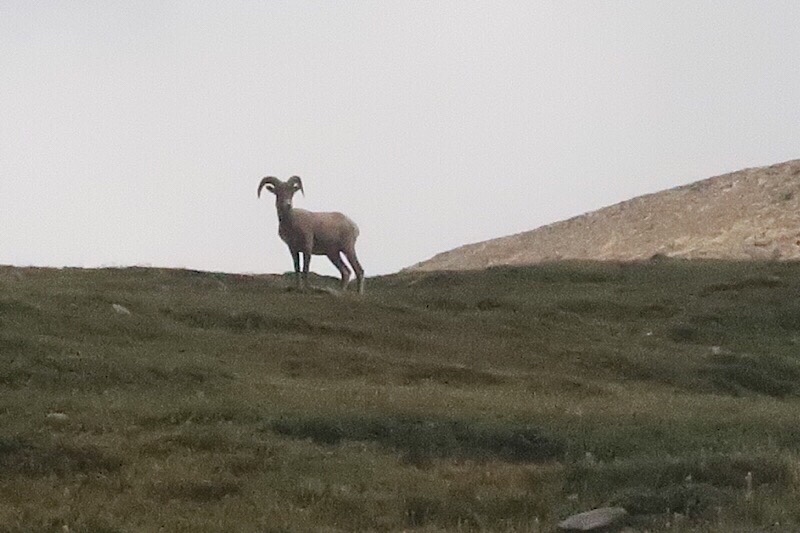 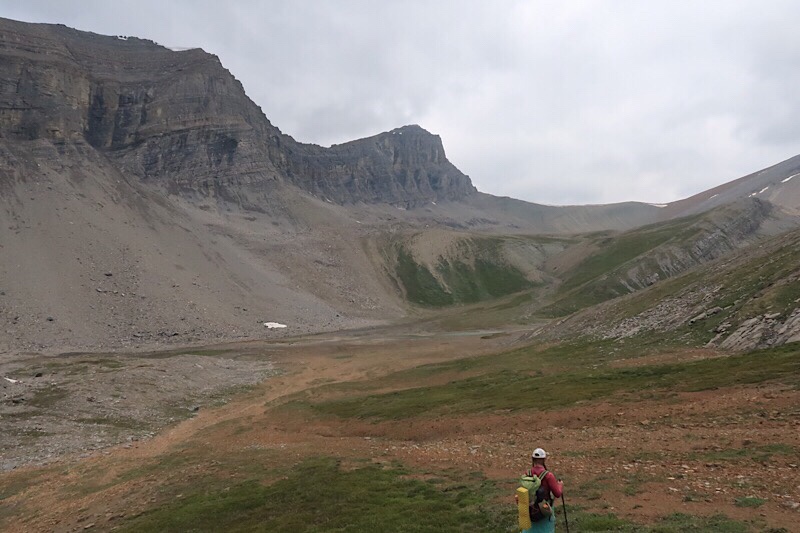 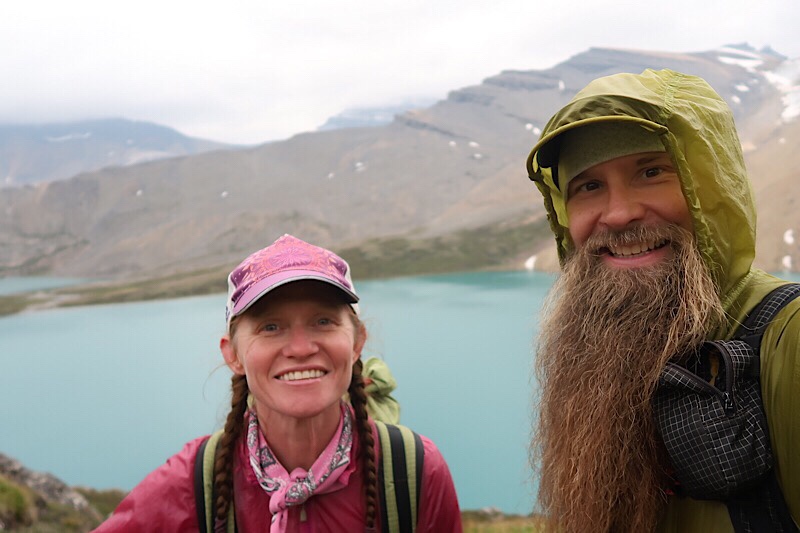 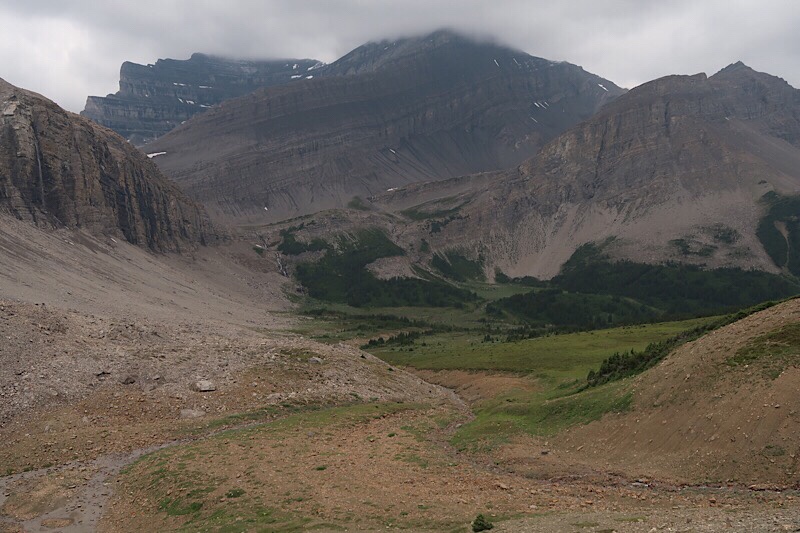 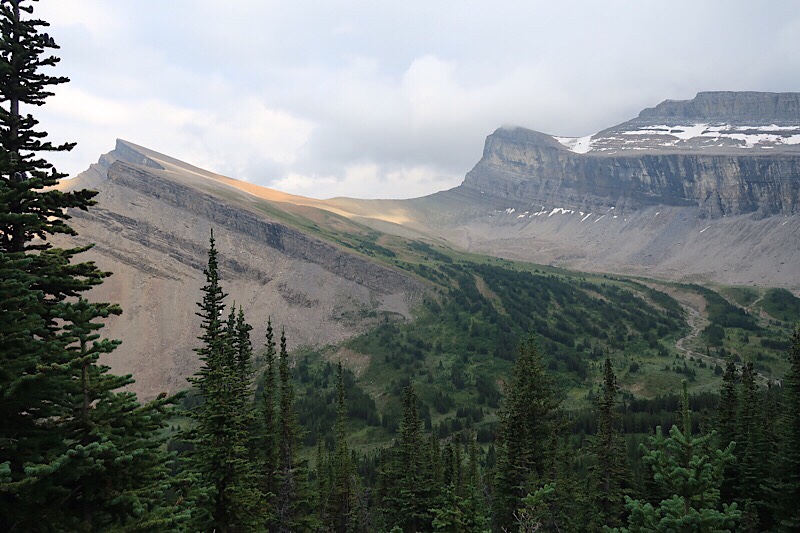 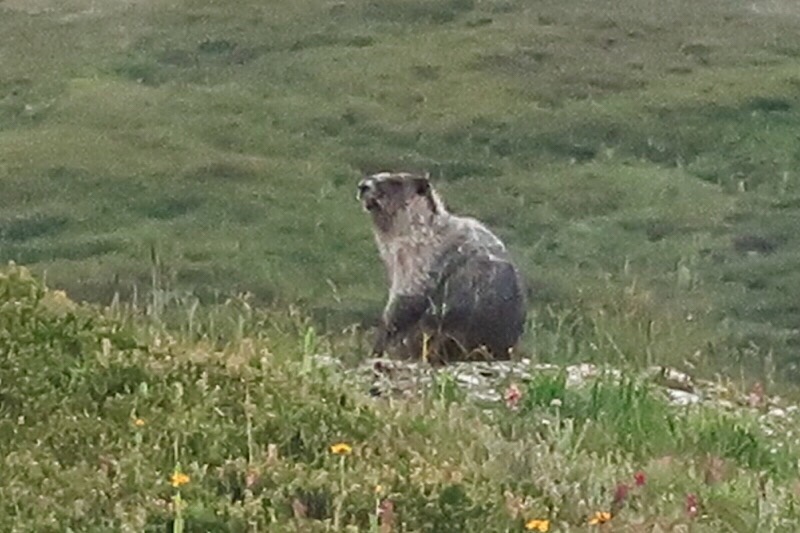