It seems like we were both dreading this day, and when our alarms went off we opted to stay in our hammocks for another half hour. Anything to delay the expected misery of the day.

Finally we got up and packed up. We took about ten minutes just investigating around our campsite for possible trails which would keep us out of the creek. We tried following a game trail, but that didn’t lead anywhere. Then Beardoh scrambled up the side of a hill to see if there was a trail, or even if the forrest was thin enough to just bushwhacking through. But sadly, it wasn’t promising, so down to the river we went.

The water was so cold that our feet and ankles were throbbing before we could even get over to the other side. We would then walk on rocks (which hurt) for as long as we could. Hopefully we could walk on rocks until our feet started to thaw out, but often we were heading right back into the river while our feet were still frozen. It was pretty terrible and we wondered how we were going to be able to handle a whole day of this kind of walking.

After a few hours of this walking, we climbed onto the dirt ground to avoid a bit of walking in the river and discovered a bit of the old horse trail. The trail didn’t last long, but we were excited to see that part of it remained and as we were brought back out to the river (because the next section of trail had been obliterated), we felt like we had an idea of what to look for on the banks to indicate that the trail was there again.

We found the trail again after about ten minutes and this time the trail continued! No more wash outs. We were ecstatic to be walking on trail again and getting a chance for our feet to warm up a bit. Just having the trail to walk on really changed the whole feel of the day.

The horse trail was actually quite good and although it had a few downed trees from time to time, we really didn’t mind, because the walking was so much better than along (or actually in) the river.

We found an awesome patch of raspberries as we were walking along the trail. Usually raspberry bushes only yield the random one or two berries, but these bushes were full. We ate handfuls of berries and there were still plenty of berries left for the bears. It was such a nice treat!

We stopped for lunch at a horse camp after our last crossing of the Whiterabbit Creek (luckily we were able to make it over on a downed tree, so our feet didn’t get wet again). We have both been dealing with colds for the past few days which has made us feel extra tired. It was nice to relax at lunch with our socks and shoes off while listening to a podcast.

After lunch, we got to a trail junction which took us around the boundary of the Kootenay Plains Ecological Reserve. The trail was more like an old road, and we were able to make good time.

We came to the Saskatchewan River, which was really big and flowing so fast. There was a large suspension bridge which we took across. As we got to the other side, we should see that the other end of the bridge was closed off with plywood, metal fencing and yellow “do not enter” tape. We ended up having to climb over the fence and when we saw the other side of the barrier, we could see the sign for the trails being closed due to the Siffleur Wilderness fire. Well, looks like they were missing signs on the other side of the closure, because this was the first time we had seen that a trail we were on was closed.

We got to the trailhead around 3pm and talked with a couple from the Netherlands who were heading out for a walk. We headed cross the road to hitch, but didn’t have any luck. When the couple came back from their walk, they offered us a ride to The Crossing Resort, which we were grateful for.

We hadn’t planned to stay at The Crossing overnight, since it is a bit pricey, but we decided to splurge, since we were both tired and feeling under the weather, and we have a six day stretch out of here. We double-splurged by having the dinner buffet which was quite good and very satisfying. We are very happy to be in a motel room right now – showered and ready for a comfortable night of sleep. 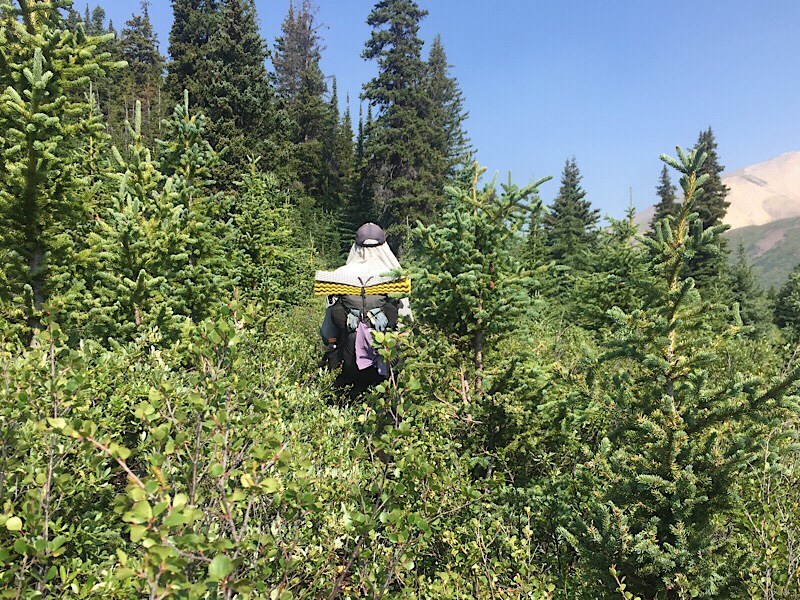 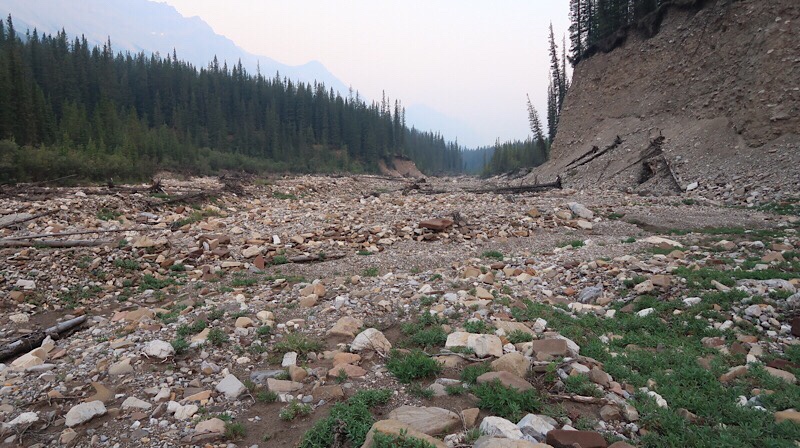 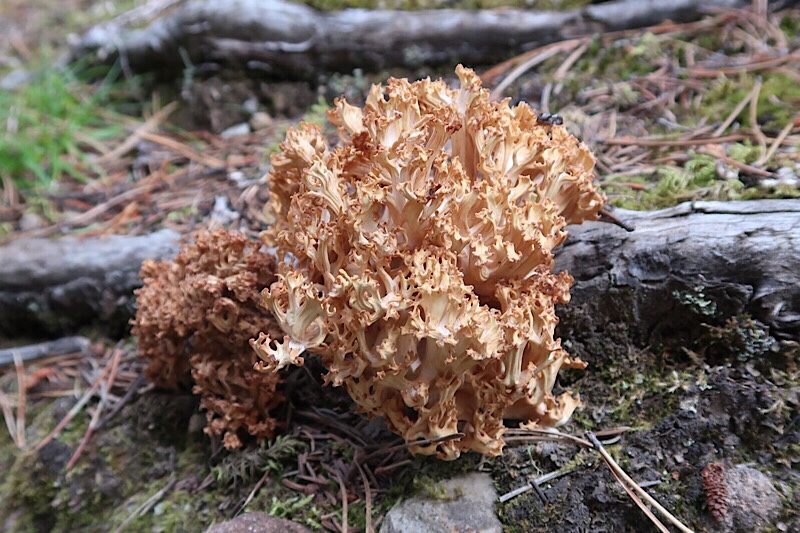 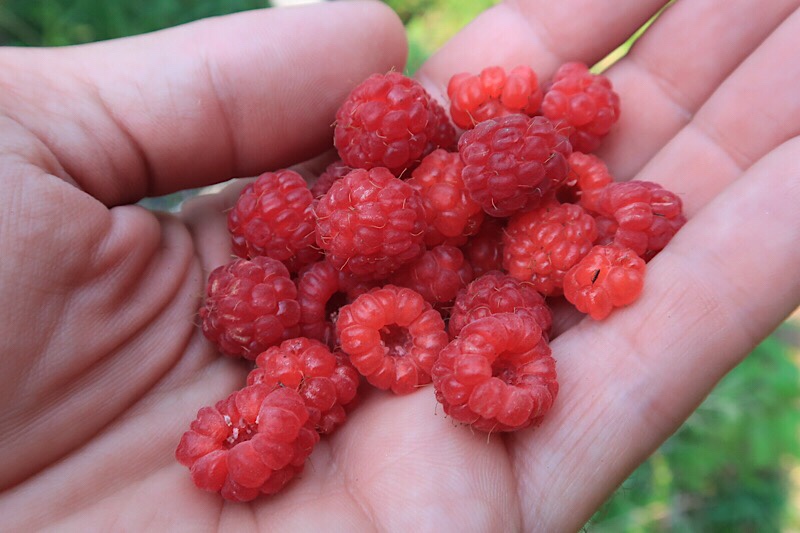 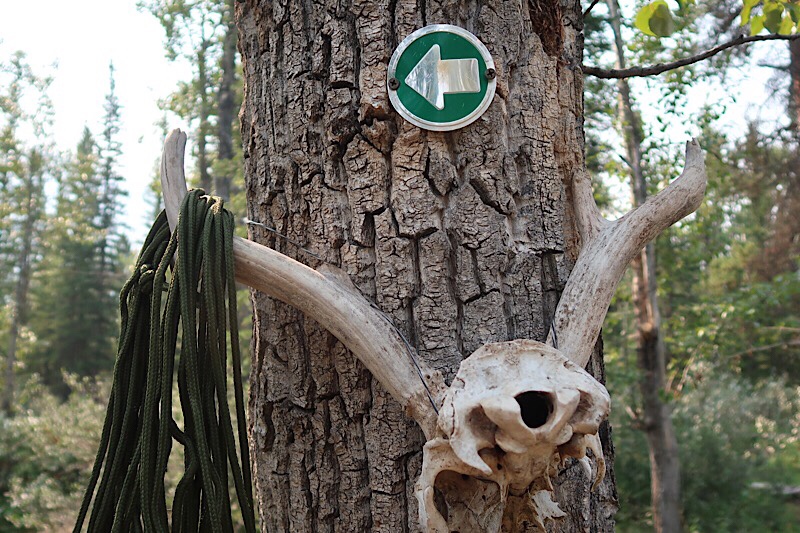 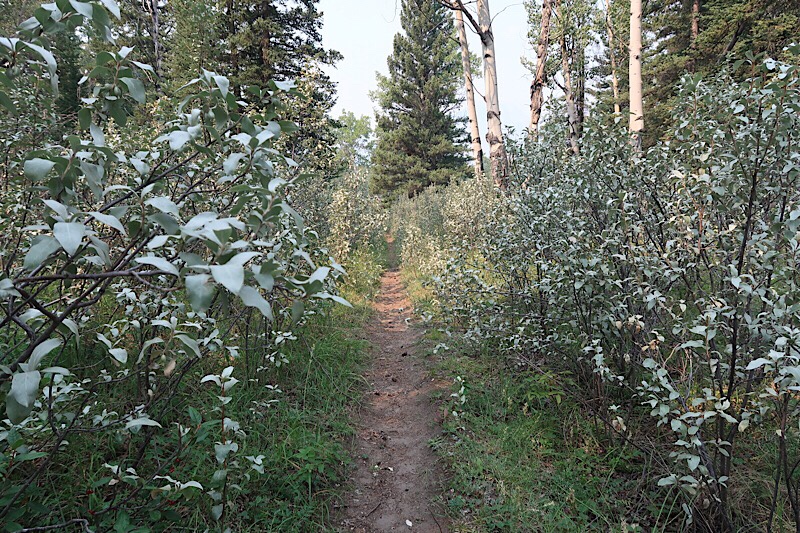 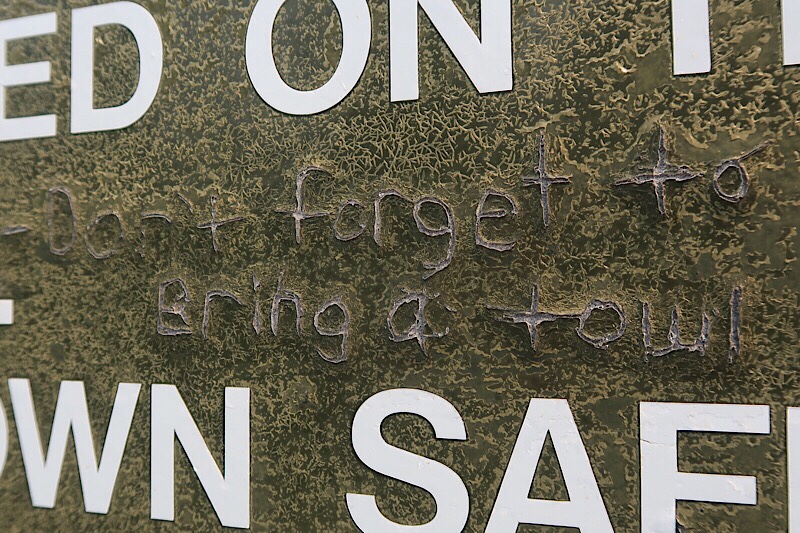 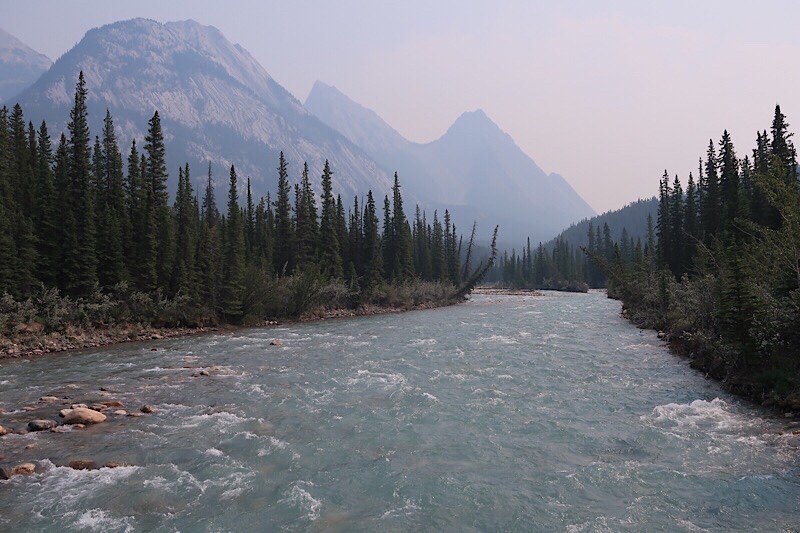 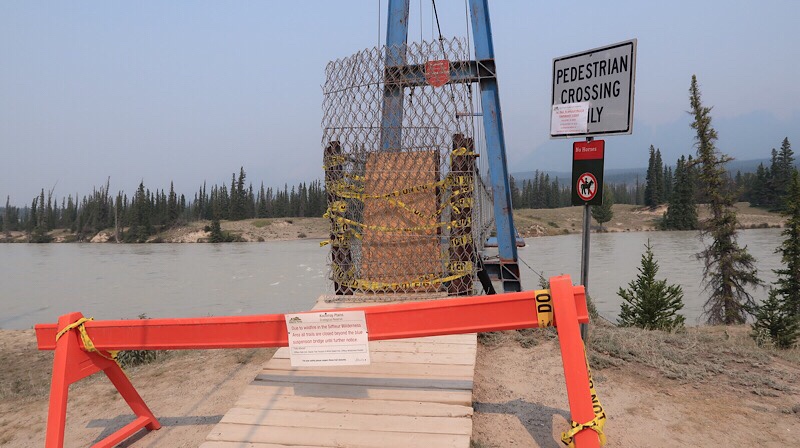 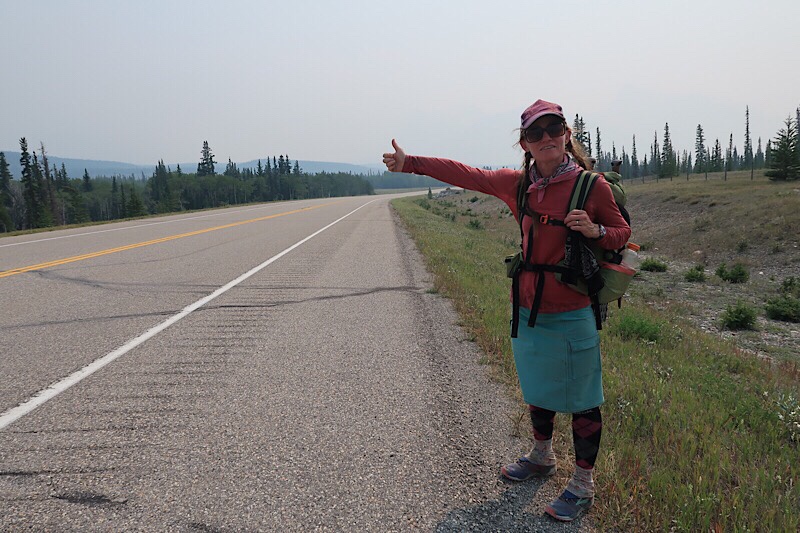