We both managed to sleep through our alarms this morning, so we got a bit later start than we had planned. We still made it out on the trail by 6:30am, before any of the other campers were awake.

The morning was spent on a gradual climb to Pipestone Pass. The walk was great as we followed an alpine meadow with tall mountains on either side. We were lucky to have another day of blue skies and we enjoyed the solitude of the morning walk.

We finally saw our first marmot of this hike. We have seen what feels like a thousand ground squirrels, and now finally one marmot. They always seem to enjoy posing for photos and this one was no exception.

Once we crossed over Pipestone Pass, we finally saw some evidence of the fires in the Siffleur Wilderness that has closed off some trails. There was brown smoky clouds hanging in the next valley. Shortly we came to the “trail closed” sign, which didn’t apply to us, because we were taking another trail at that junction anyways.

After the junction, we had a short climb to the top of Clearwater Pass. We stopped to admire Devon Lake and then noticed a grizzly bear about 70 yards from us. Since the pass was basically a big meadow, we had a good view of it as it was digging in the ground. We just watched it and waited for it to notice us since we were upwind of it. It walked around a bit, finally noticed us, and then took off running. We were able to watch him for awhile…he could really move fast and sustain the fast pace for quite awhile.

We continued on and saw two tents camped around the lake, but didn’t see any people. We could tell that the trail had been maintained in the last year or two, with some blow downs cut out of the trail, and shrubs trimmed back.

We passed by a ranger cabin this afternoon. It is at least the fourth one we have passed by in the Banff NP and none of them have been occupied. We’re not sure why they aren’t staffed, but each cabin looks really cute and is a prime scenic location.

The trail continued to be quite nice for the rest of the afternoon. We mostly followed a creek which went through a meadow. We had some pretty scenic lakes which we walked by. One lake, Martin Lake, had a huge outflow that we had to ford. We wanted to keep our shoes dry, so we took off our shoes and socks and walked across. The outflow was really wide and the water went up to SweetPea’s knees. The water was so cold, and the rocks on the bottom really hurt our feet. We ended up sitting on the other side of the outflow for about thirty minutes until our feet started to feel better. But we were happy that our shoes were dry, so it was totally worth it.

At the end of our day, we saw our first people of the day. We met two guys from Ohio who said we were the first people they had seen in five days! It sounded like they had been on some really rough trail, and each had a bunch of scratches, bruises, and scabs. They had another three days left, going the way we had come so at least they have some awesome trail coming up.

We only walked a few more minutes after we said goodbye to the guys from Ohio. We found a pretty sweet spot with a good breeze and nice views. Tonight will be the first night in awhile that we haven’t put up our hammock tarps. There are no clouds in the sky, so we figure that the chances of rain are pretty low. 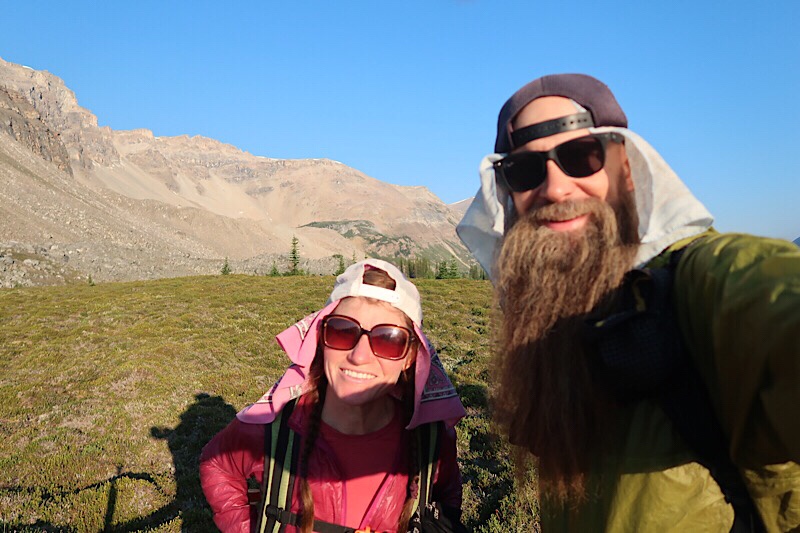 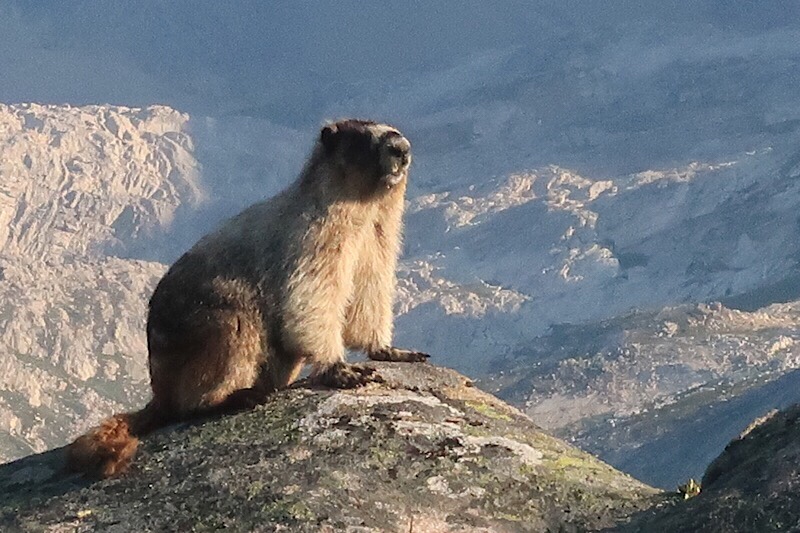 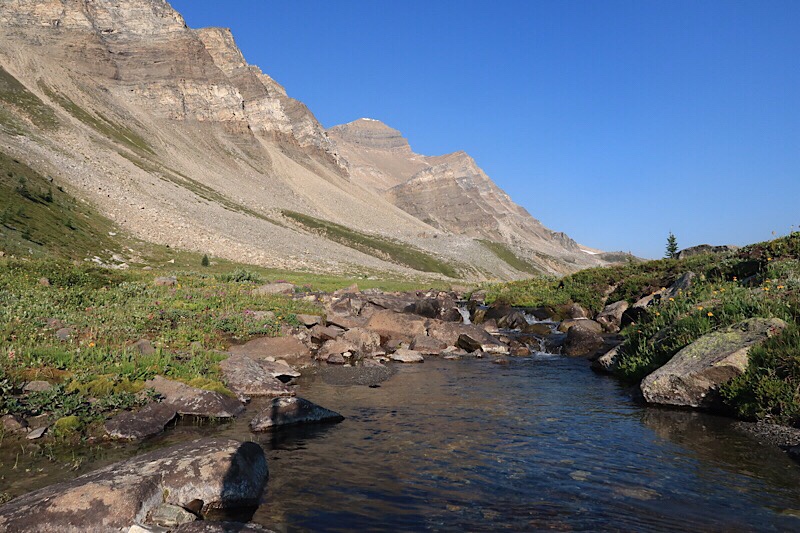 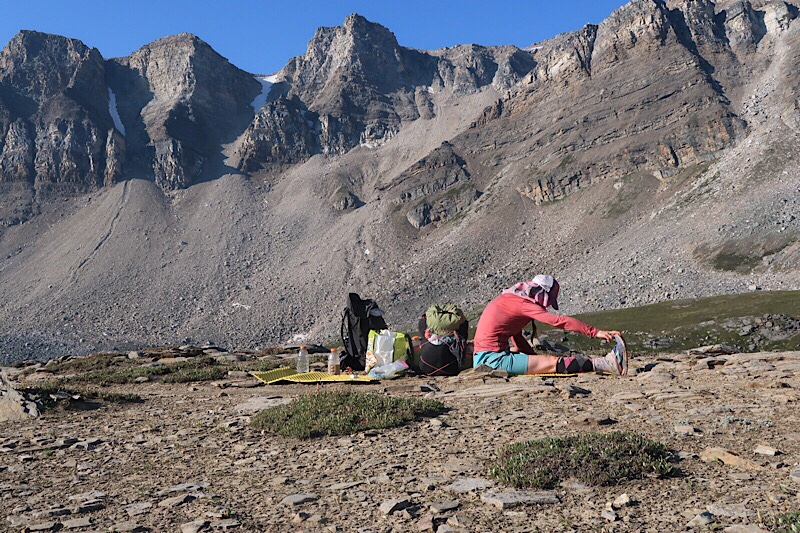 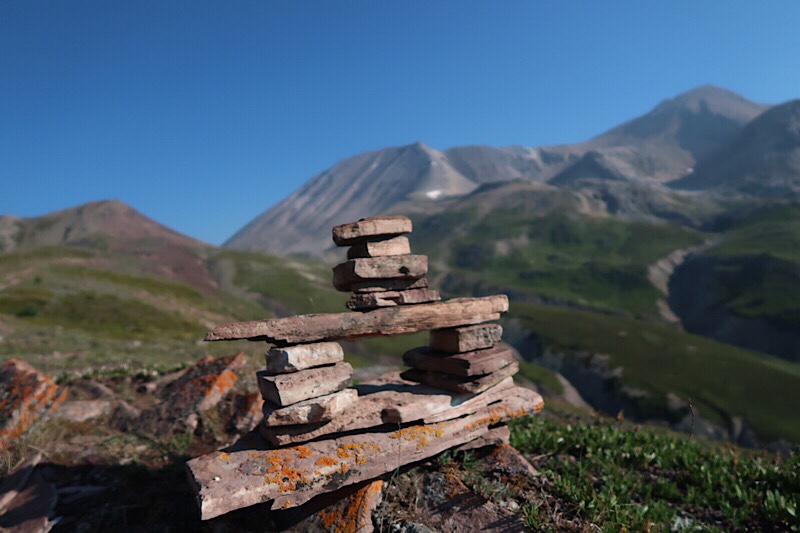 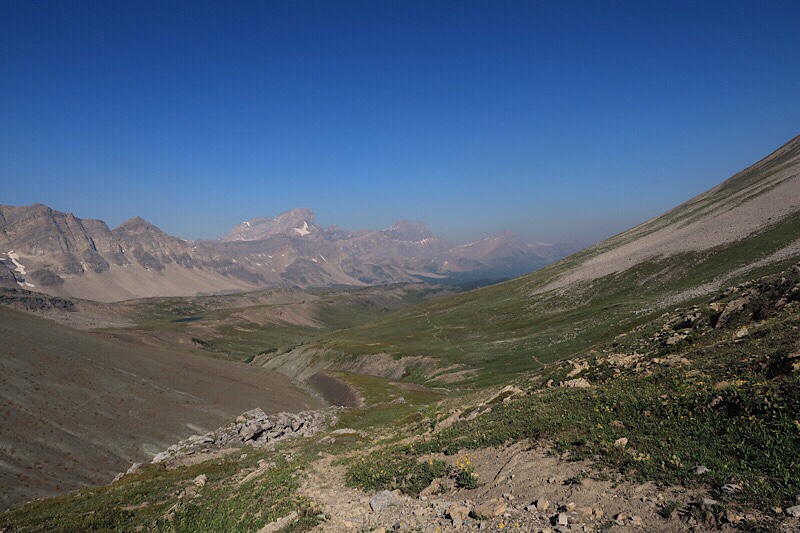 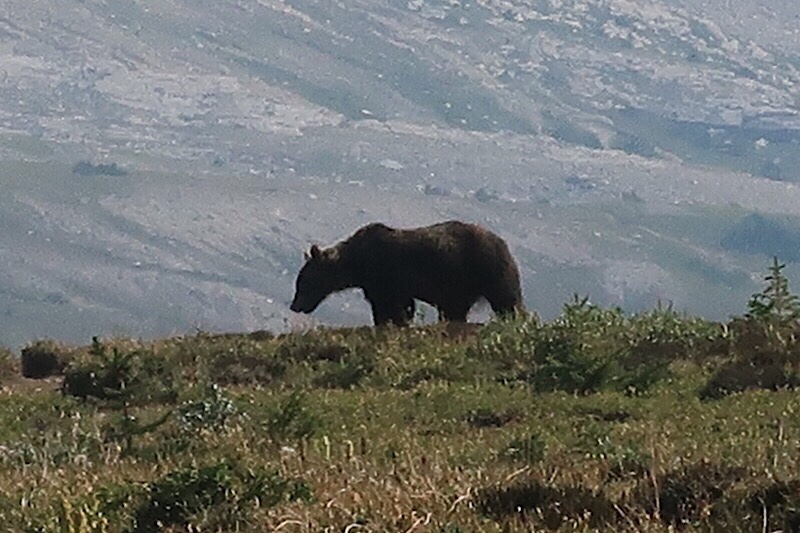 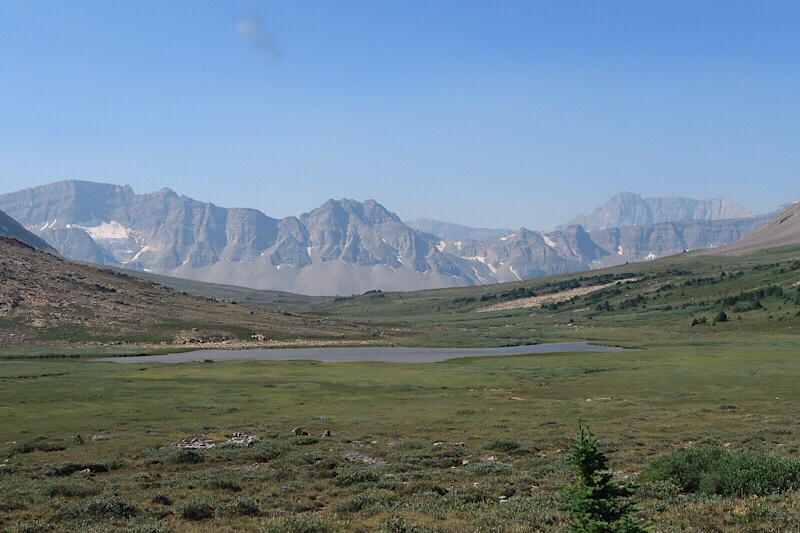 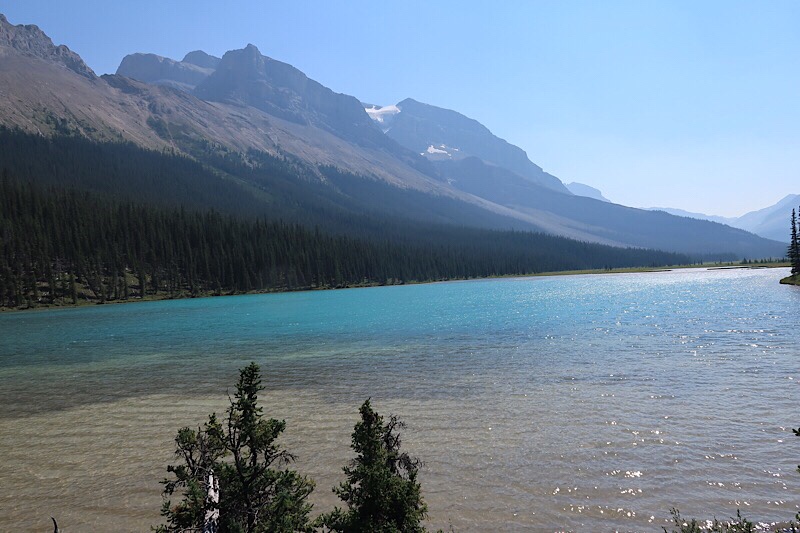 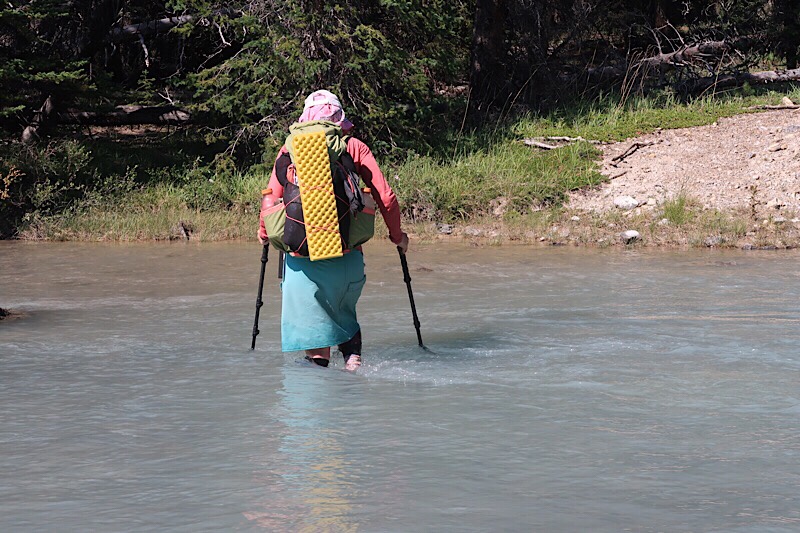 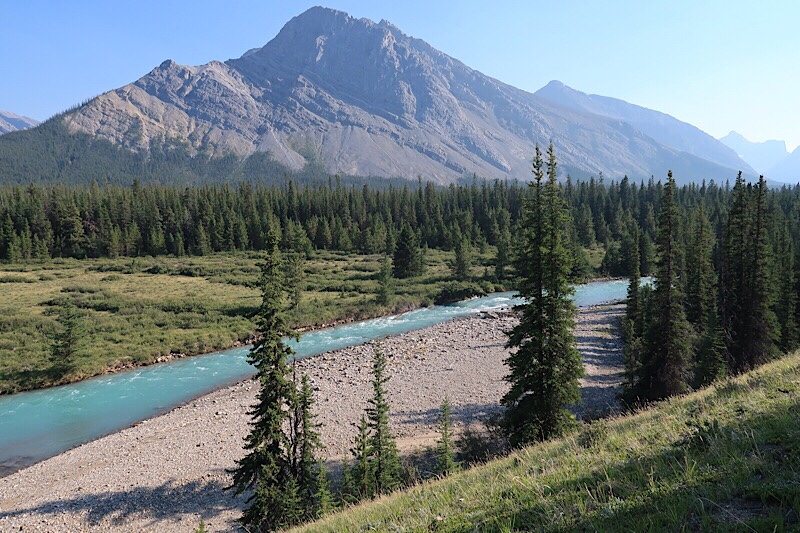