Who knew when we started this morning that it would be a day for books. The hiking today definitely ranks as one of our hardest in awhile.

We all slept good last night and got up at 5:15am. Beardoh discovered that some animal had gotten into one of his Loksac food bag (odor proof) last night. We were surprised since we have used these types of bags for years (probably around 5-6000 miles of trips in the backcountry) and have never had any critters in them before.

We got on the trail at 6am and the day started nice with some pretty easy trail, even if it was a bit overgrown in places. We finished up the final four miles of our alternate and joined up with the GDT finally!

The altitude is still bothering Mace quite a bit, and so we took a lot of breaks on the uphill climbs. It felt like the miles were coming pretty slowly today, but it was beautiful out and we just enjoyed the scenery as we went.

After lunch, the real trial of the day started as we headed towards La Coulette Ridge. The trail disappears at the base of the ridge, and you are just left with the instructions of getting up/down however you see fit…in our experience, that usually means that we have some serious hiking in store for us. And that is pretty much how it went. We climbed up onto the ridge via a steep boulder field and then followed the ridge to the high point. Then we basically slid our way down a very steep field of loose rock and dirt, basically sliding several inches or more with each step we took. The walking was incredibly difficult and we were barely able to keep a 1 mile/hour pace.

Once we were at the base of Coulette Peak, we had several realizations…(1) we still had a bunch of steep climbs and descents to go before we hit water and could make camp, and probably wouldn’t be able to make it there until 9pm or later (2) Mace was pretty low on water (3) we were all super tired (4) Beardoh discovered a possible alternate route which could get us to water, and therefore camp, sooner (Thank you GAIA smartphone maps!)

So, at the base of La Coulette Peak, we left the GDT and started bushwhacking our way down to the valley floor. Once we got there, we encountered the path we had seen on the GPS and started walking down it. It turned out to have a bunch of blowdowns for the first mile or so, and then the trail was so overgrown, we ended up having things pulled from our packs by the branches…Mace’s bear spray – twice (SweetPea saw it the first time, but the second time he had to go back and find it), Beardoh’s iPhone (luckily SweetPea saw it) and multiple water bottles, which we realized right away. The overgrown branches also managed to mangle one of SweetPea’s locksacks, so we have managed to be down two locksacks in just two days. Ugh.

We finally got to a creek and filled our water bottles and then ended up camping right in the trail. This path seems to have been completely forgotten, so we don’t expect to see any other people tonight. We reached camp at 7:30pm, which means it took us 13.5 hours to walk 13 miles today…Ugh…definitely an indication of the difficulty.

It felt like today was just a constant beat down. We have made a conscious decision not to complain about trail conditions, and that was really put to the test today. Even when it feels so difficult to make the progress we want, we just try to focus on the spectacular scenery (of which there was tons today!) and the fact that we feel really lucky to be out here. And, it seemed like our spirits rose some once we left the GDT and headed down to the valley to water.

We’re not sure how many miles of walking it will take for us to get back to the GDT, since we are in uncharted waters with this self-created alternate, and are not completely sure if all of the marked paths on the map actually exist. We are hoping to be able to make it back to the GDT by the end of the day tomorrow, but that will all depend on the total length and the trail conditions we encounter tomorrow. We are all beat and ready for a good night of sleep. 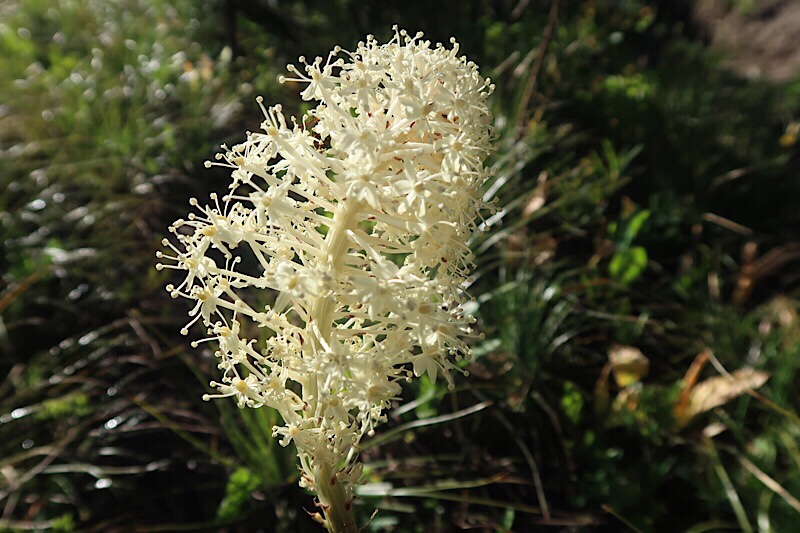 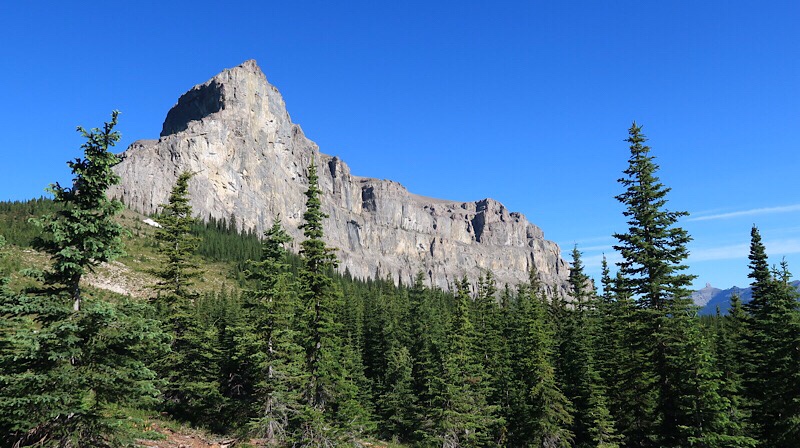 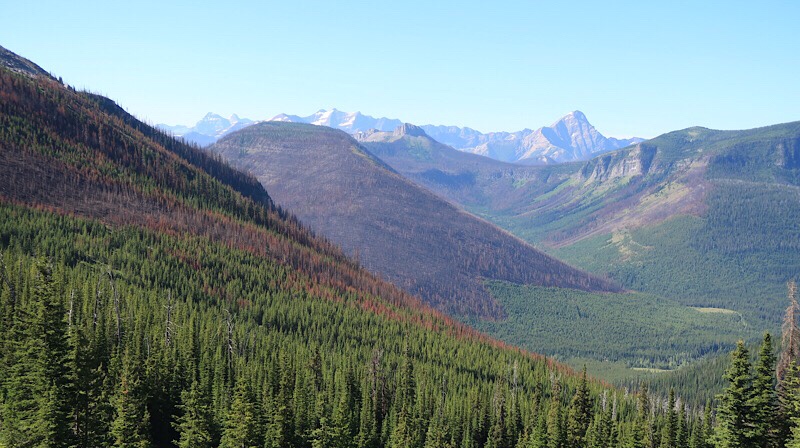 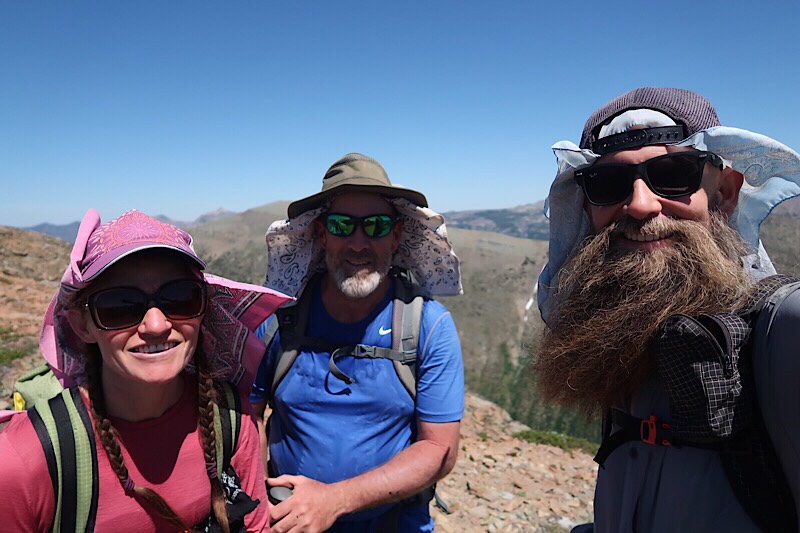 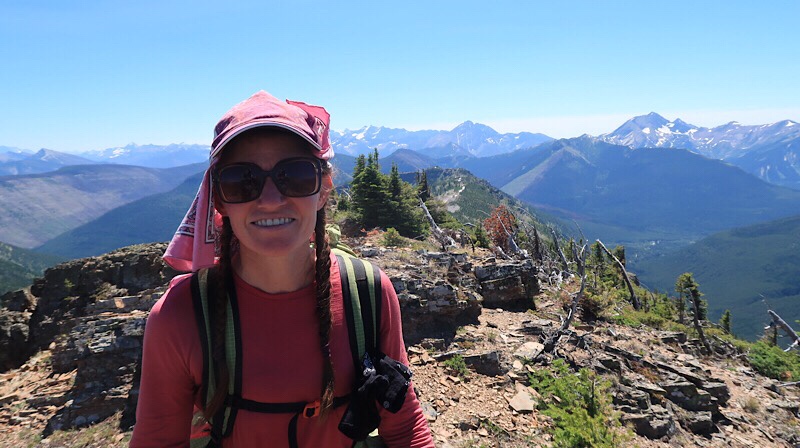 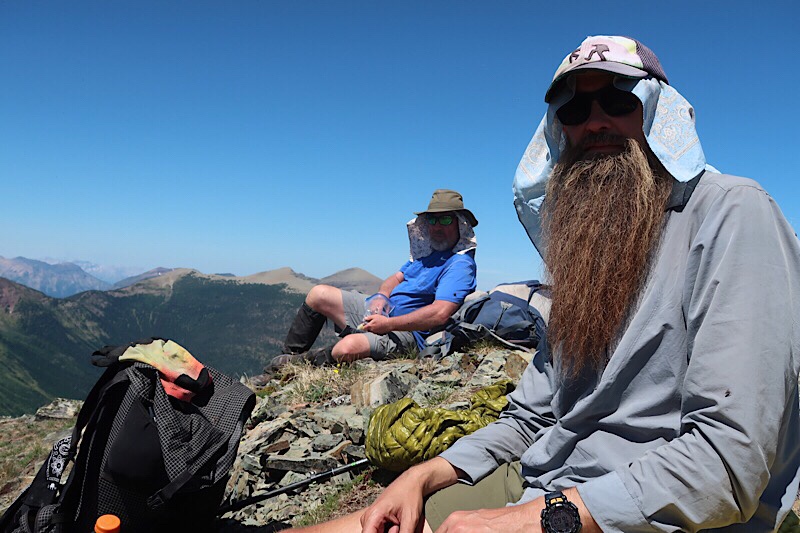 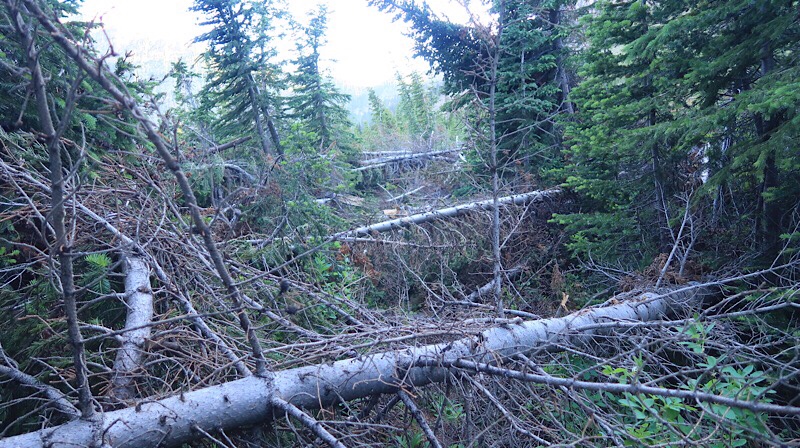