Today was a pretty fun day. We got on the trail by 7:30am and we had a bit of a climb right away. As we came to a meadow on top, we heard a lot of bell noises…almost like a giant wind chime. We figured it was a bunch of people with bear bells, but it turned out to be four horses grazing in the meadow…they were all wearing big cow bells.

There were two guys, Fred and Rob, with the horses who were camped nearby. They invited us to their campfire for some coffee. It was pretty cold out, so we said sure. They were super friendly and welcoming. They gave us snacks and hot coffee which was nice as we warmed our fingers over the fire. We had a really nice time talking with them… they are from BC and were out for a five day trip.

While we were chatting, a couple, Greg and Bridget, who had stayed at the same campsite as us last night passed by. They came and joined the group and it turns out they live about 15 minutes from our house in NH! We even know some of the same people! We love experiencing these “small world” moments.

We had such a fun time hanging out, it was tough to leave. But after over an hour we figured it was time to keep making progress on the trail. We thanked Fred and Rob for the hospitality and headed out.

The trail was pretty marshy and water-logged for a bit before it started a nice climb. We made good time to a nice lake where we took a short break to make up our morning shakes. For several hours after that, we had views of one or more alpine lakes along the trail.

There were quite a few day hikers and overnighters that were coming in as we were hiking out. We had a really long gradual downhill, so surely the other folks were feeling like the uphill would never end.

We got down to a blacktop road just after 3pm and hitched into Lake Louise. A nice couple from Winnipeg picked us up and brought us to the visitor center which was near some restaurants and a small market.

We were excited to run into Julian and Fartbag at the Visitor Center and we ended up hanging out with them for an hour and a half. Then they headed out on a bus back to Banff and we went in search of an early dinner.

After dinner, we walked out to the onramp for the Trans-Canada Highway in order to get a hitch to Field where we expect to pick up a package at the post office tomorrow. After about twenty minutes of trying to hitch, we saw Fred’s and Rob’s trucks with the horse trailers turning onto the onramp. We cheered when we saw them and they stopped to pick us up.

We had more fun chatting with Fred on the drive to Field. We had come up with some questions about horses after seeing them this morning, and we were happy to get to ask Fred all our questions.

After they dropped us off at the Visitor Center and we had said our goodbyes, we walked about a half mile from the Visitor Center and then headed up into the woods to find a place to stealth camp. It is pretty sloped here, and without a flat spot for a tent in sight, we are pretty happy to be hammocking. We are pretty close to the highway, so it will probably be a night for the earplugs. 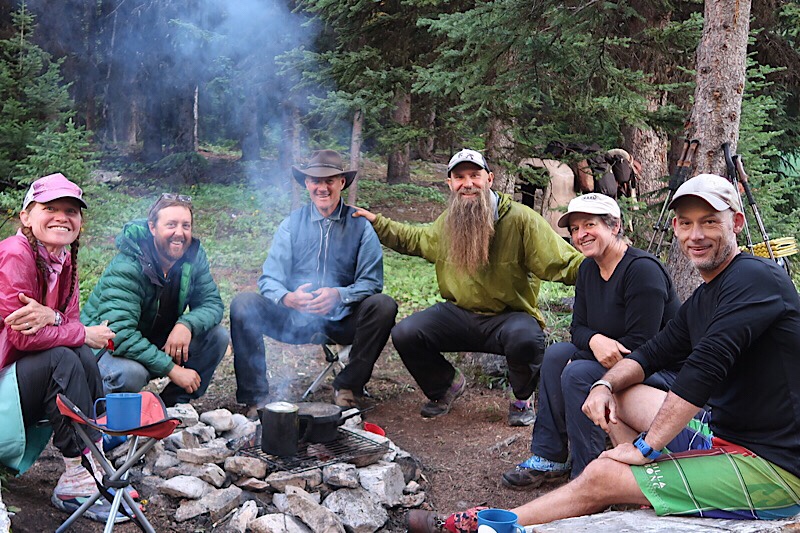 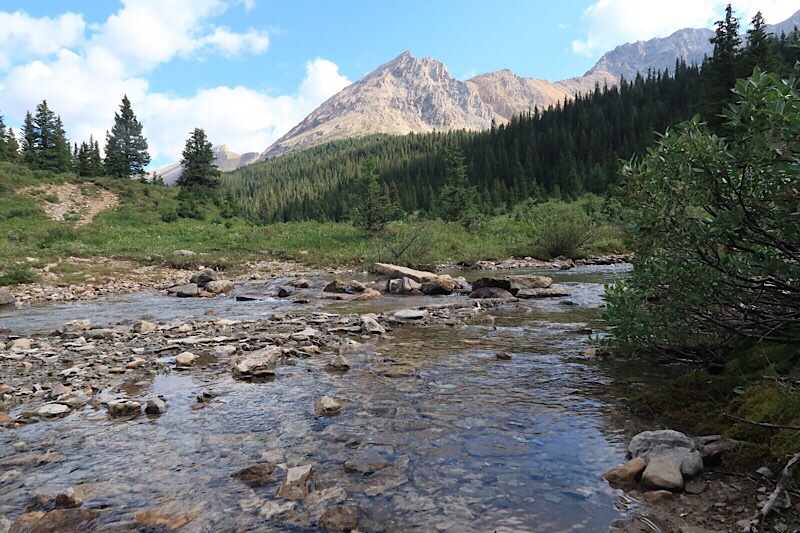 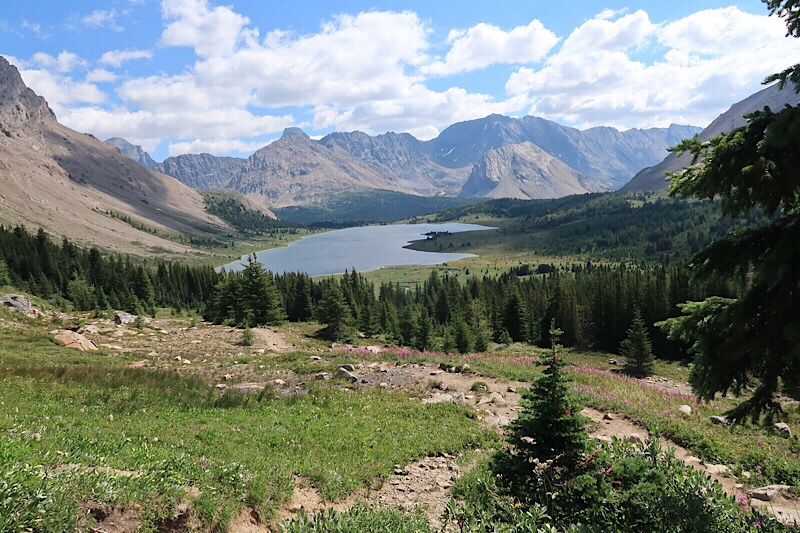 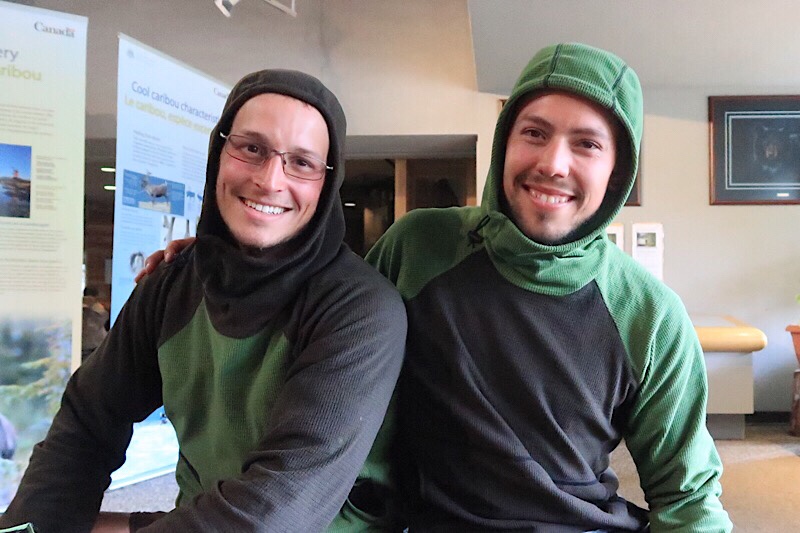 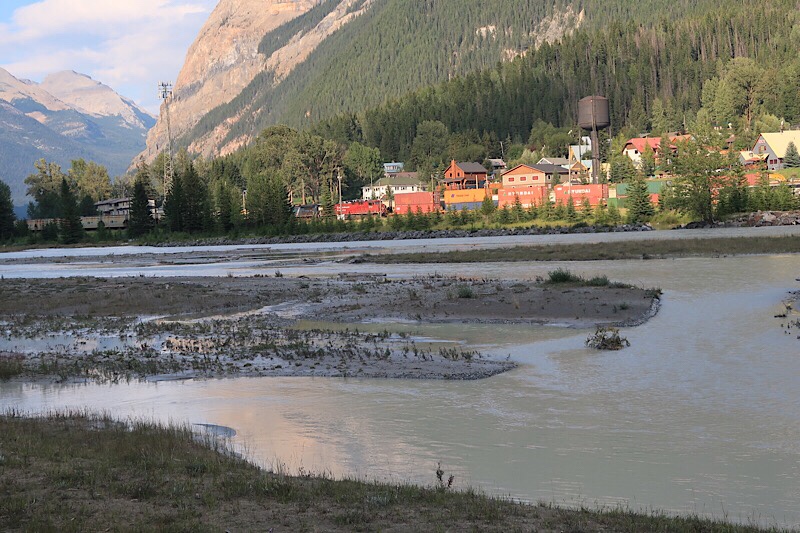