We had a relaxing day yesterday. We stayed in our hammocks until 10am and then slowly packed up and went to the general store to hang out. We called Mace from the pay phone there to get an update. His feet are still painful but he really wants to get back out with us, so we are hopeful.

We took showers and just hung out at the general store for the afternoon. We didn’t see any other hikers or mountain bikers today. Around 4pm, we hitched back to the spot where we had gotten off the trail yesterday. We got picked up by the first car that passed us and were surprised to see it was the same family that had given us a ride from the trail to the general store yesterday! We all got a laugh out the randomness of it all!

We stealth camped across the road from the trailhead and luckily had everything set up by the time it started raining. We would be happy if the current weather pattern continued…rain mostly at night and blue skies during the day.

It was pretty chilly when we started out this morning and we had a beautiful walk along the shore of Upper Kananaskis Lake. It was very pretty with the steam coming off the surface of the lake.

Today was definitely the most people we have seen on the trail so far…and we were expecting it. One benefit of hiking near a popular area is that the trails are in really great condition. We saw several groups of trail runners and multiple people coming back from an overnight at one of the backcountry campsites.

Although we don’t know how the true GDT is in this section, the alternate we took was really challenging. First we had a pretty hefty climb up to Three Isle Campsite. SweetPea got really overheated on this climb and started to feel nauseous. Her face turned as red as a tomato and we had to take a lot of short breaks. Once we finally made it to the top, we stopped for a longer break so she could cool off a bit.

The actual pass was pretty gradual and really beautiful. It was like a long green valley with steep rock walls on both sides. We stopped for another break, just because it was so pretty and we wanted to enjoy the view for longer.

As we came out the other end of the pass, we entered a steep and rocky descent (At the pass, we had entered The Height of The Rockies Provincial Park which is supposed to be more remote, and the more rugged trail conditions definitely reinforced that idea). There may have been an actual trail in the rocks to follow, but the small rocks were so loose, and the contour so steep, that it was impossible to keep our footing. So instead, we just slid down the slope as best we could…basically sliding down a few feet with every step we took and then eventually trying to get ourselves back onto the true trail. When we got back onto the trail, the rocks were more stable and we were able to continue on the path. The rocks and the sliding were pretty hard on our feet, but somehow we managed not to get any blisters.

We continued with a steep downhill until we reached a raging creek (that luckily we didn’t have to ford) and finally reconnected back to the true GDT. We haven’t really decided if that alternate choice was a success or not, but it was definitely a very scenic day.

We decided to continue up the trail a bit further until we found a reasonable place to hang our hammocks for the night. The trail was starting to climb and we didn’t want to get too high, where there could possibly be no trees or only small trees. We found a pretty nice spot in the midst of very thick forest.

We got to camp by 5pm, which is pretty early, but we are pretty well-positioned for a big climb first thing tomorrow morning over Palliser Pass. It is nice to have the passes in the morning when we still feel like we have a lot of energy.

We just had a group of three section hikers walk by our camp. We hadn’t expected to see anyone tonight, but we’ll probably see them tomorrow again and have a chance to chat. 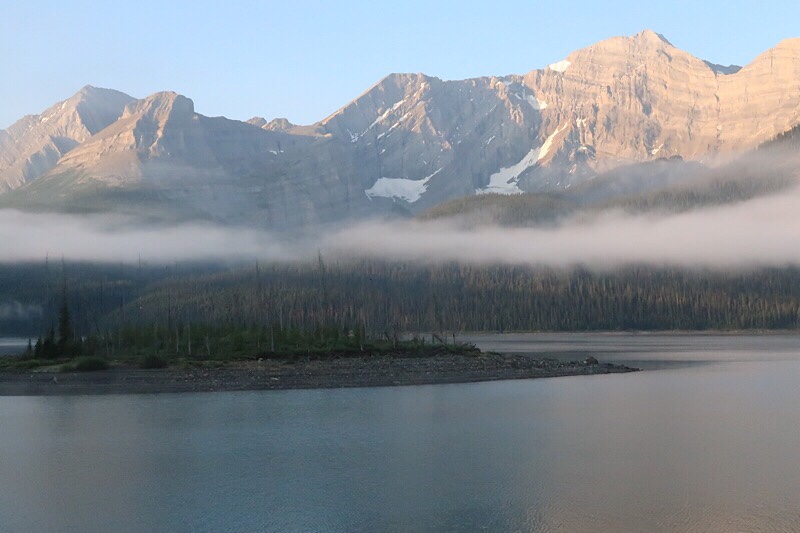 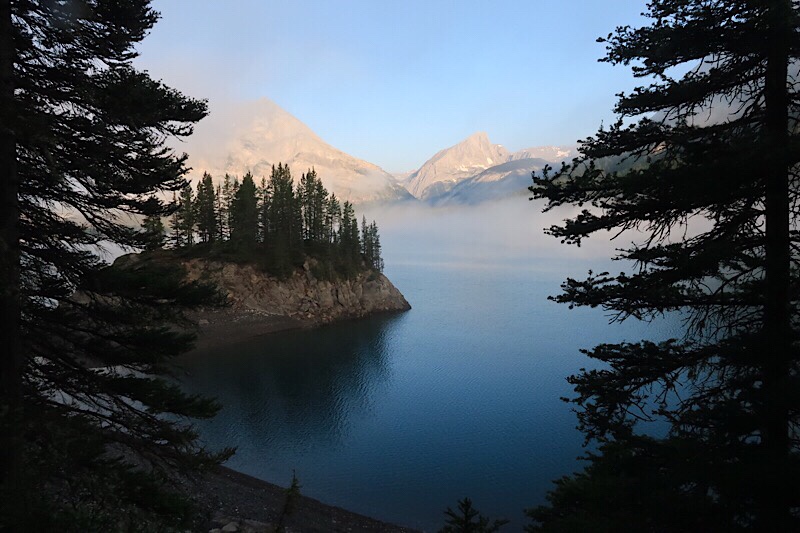 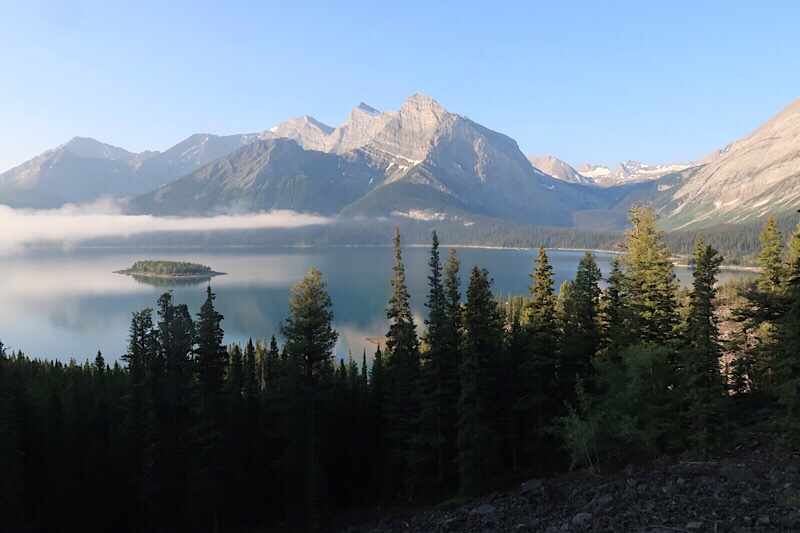 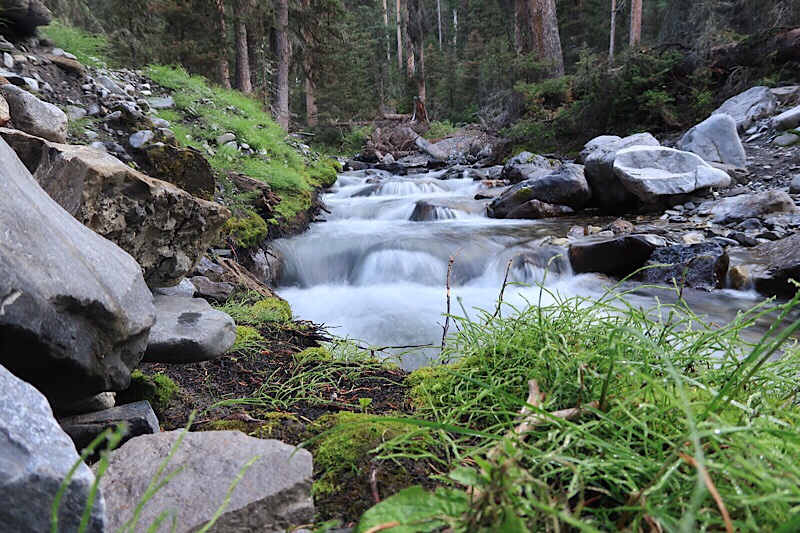 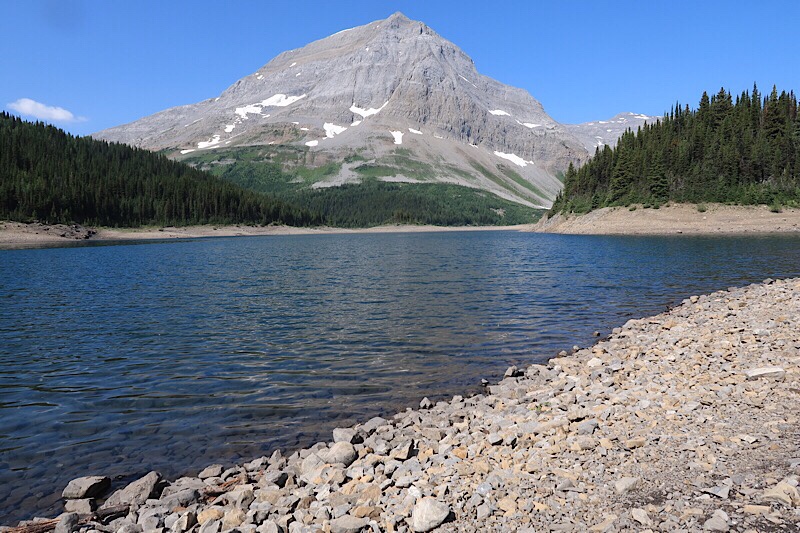 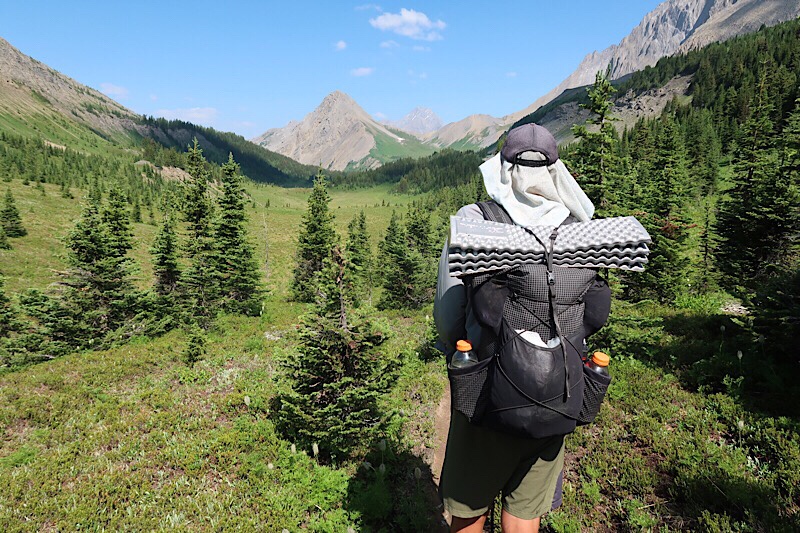 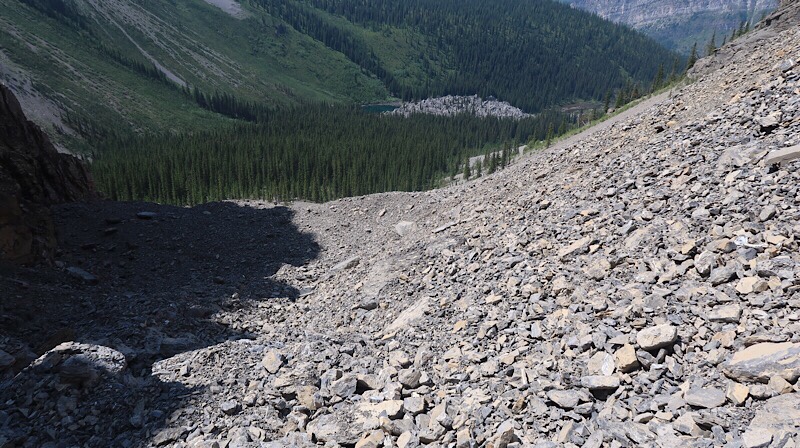 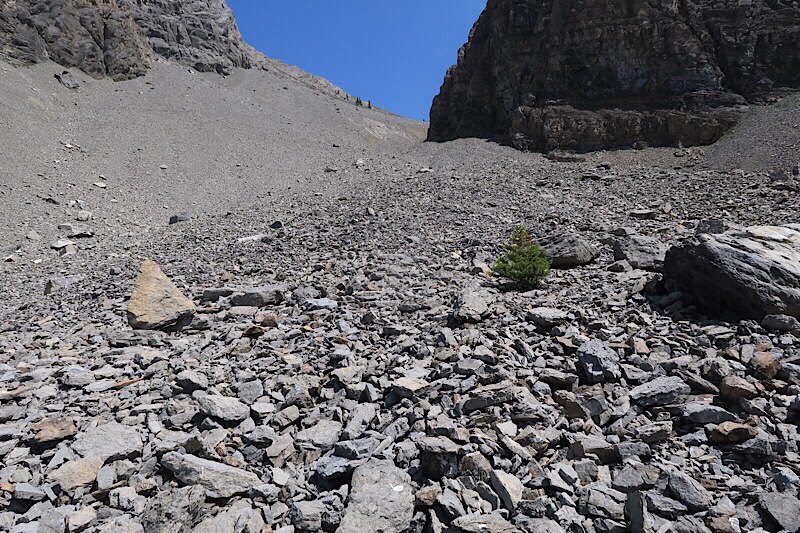 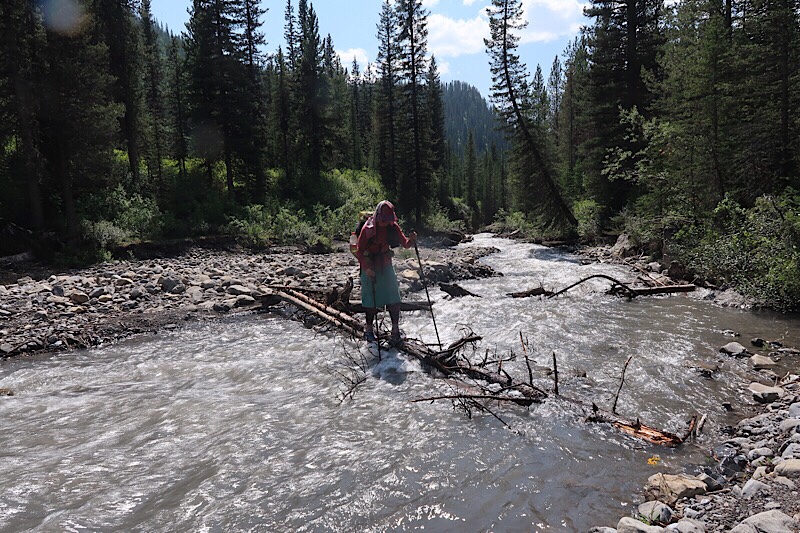 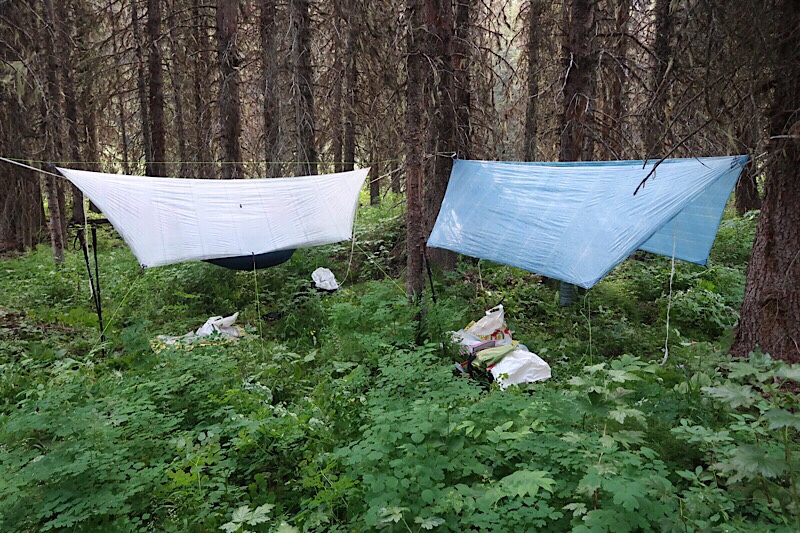