Our perfect weather has returned. It was nice to wake up and have everything dry this morning. The sky was partly cloudy and we were thankful for better weather.

We headed out at 5:45am and continued our steady (and sometimes steep) descent to Aldridge Creek. We had heard that this section had been very overgrown with alders in the past, but cleared out by GDTA volunteers in the past few years. It was indeed clear and easy walking as we descended the mountain.

Our feet ended up soaked as we had to ford Aldridge Creek about four times. The water was so cold it made our feet numb, probably was snow just hours before. We couldn’t walk through the water very fast, because the rocks were so slick.

After crossing Aldridge Creek for the last time, we ended up on a forest road which we walked on for the rest of the day. The walking was really easy and we were able to make good miles without too much effort.

We saw five mountain bikers today who are riding the Great Divide Mountain Bike Route. This route historically goes from Banff (although they have supposedly extended it up to Jasper) down to the New Mexico / Mexico border. We had kinda forgotten about the route until we saw a biker and talked with him. It seems like the route has gotten a lot of attention and now there are quite a few folks on the trail.

There was a lot more traffic on the road than we had expected. There were regular cars and then a bunch of ATVs. We were told that British Columbia has banned the ATVs from certain popular areas, so a lot of them have come over here to Alberta to ride. Most were fairly courteous and slowed down so that we wouldn’t be dusted, but a couple wizzed by really quick and close to us.

We ended the day around 4:45pm when we came to a small campground. There appears to be just three sites and there is a couple with a camper here. The guy was even nice enough to bring over cold beers for us!

We’re excited to get to Peter Lougheed Provincial Park tomorrow. Mace has decided that his feet need some significant time to heal before he can continue on. The hope is that he will be feeling better in a week and can join us at our next resupply point, which is Banff. Beardoh is feeling like he wants a bit of time off his knee, so we might take an extra afternoon of rest at Peter Lougheed. 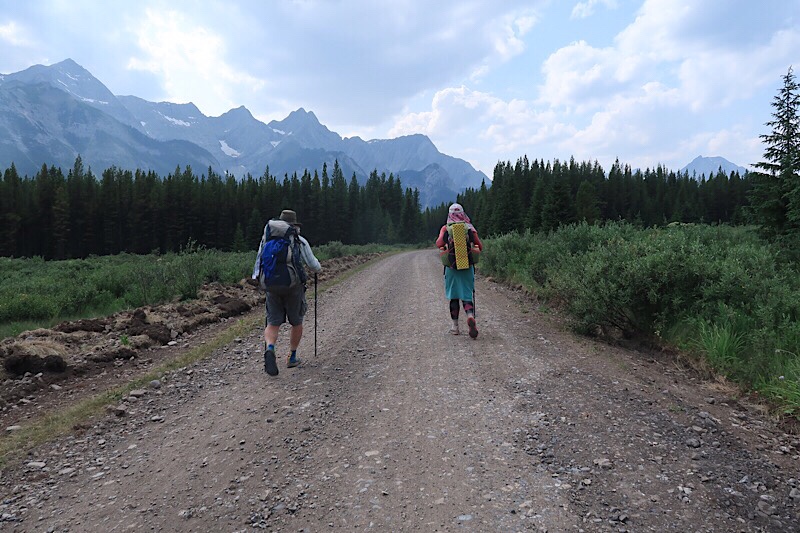 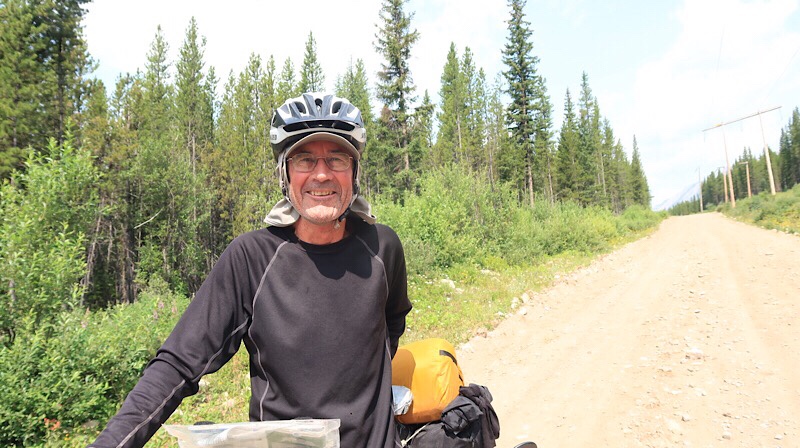 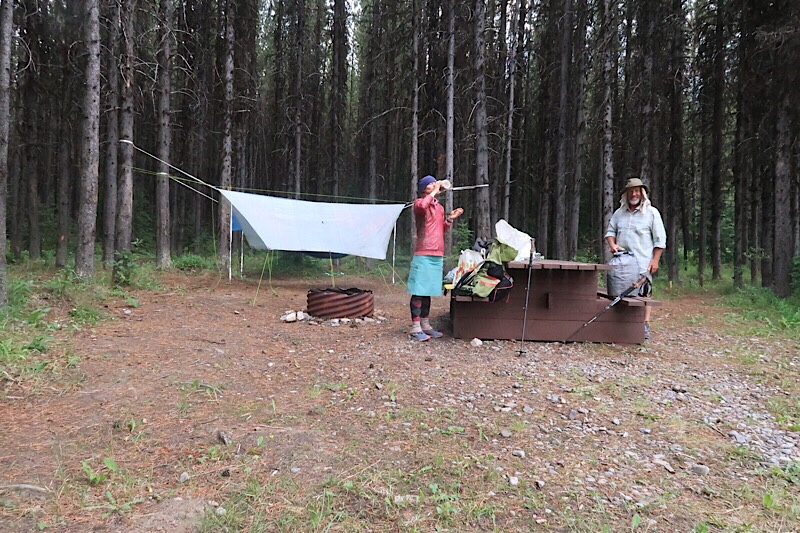