Daily Miles: Around 16 Miles, but we’re not sure how many would be counted as “trail miles”… maybe around 8

It feels like we’ve had a bit of an epic journey just to get to the start of the trail today. First of all, our Amtrak train was delayed in arriving at East Glacier by 11 hours. Luckily, most of those extra hours were spent on the train in relative comfort…we had a comfortable “roomette” in the sleeper car, got some really good meals in the dining car and met some really interesting people. So, other than the fact that being late messed up the shuttles we had arranged beforehand, we enjoyed our train ride from Seattle. Once we got to East Glacier, we were met by Mace and his friends, Greg and Shirley. We felt bad that Greg and Shirley waited around so long for us, but we all appreciated them giving us a ride to the Canadian border. Of course, we needed another road bump in our plans, which came in the form of us arriving at the border 3 minutes after it closed. It didn’t end up being a big deal, and we ended up sleeping in the woods near the border. Luckily we were able to change our shuttle times (for a fee of course) and got picked up a few miles beyond the Canadian border at 9:30am this morning. We were taken into Waterton Lakes Village where we bought our National Parks pass, we each bought a canister of bear spray and got out some Canadian cash. Then we headed out to one of the possible southern terminus alternates.

Since most of the trails in the Waterton National Park remain closed due to a fire last September, there are no trails open which connect the US/Canada border to the GDT. So, we decided to go with the recommended alternate (from the GDT Association) which had us starting north of Waterton at a trailhead called Bovin Lake Trail. It ended up cutting off about 20+ miles of the trail, which we can view as a good thing, as it allows us to take a bit slower than planned pace in this first stretch.

When the shuttle driver took us to the trailhead, we found that the road had been gated and locked by the Shell Company which has a natural gas plant in the area. So, we ended up having to walk at least three miles to what we thought was the trailhead.

A lot of the walking at the beginning was on a pretty nice 4WD road. The walk was really lovely as we walked up a wide, green valley. It looked so lush, with wildflowers along the trail.

We took a lot of breaks during the afternoon, as we could feel the affects of the elevation. It was nice to feel like we could just go at a relaxed pace.

We had a pretty strenuous climb out of the valley and over a ridge. The trail didn’t have any switchbacks and instead just went right up the slope. It turns out that we were very happy to have gone up on that side, as the trail down was quite steep, overgrown and much longer than what we had climbed up. We pretty much spent the rest of the late afternoon hiking down to another valley floor.

We stopped on the way down to have dinner. We decided that we want to eat dinner and wash up before getting to camp each night on this trail. It just seems like the right way to go in grizzly country…hopefully creating no additional food odors at our campsite that might attract bears.

We got to a nice stream at the end of the day and set up camp about 100 yards beyond it. It was nice to be able to wash up our legs and feet in the river and also get our laundry washed up so we don’t have to deal with it tomorrow.

We are all feeling pretty beat, but really happy to be out here. The weather, while fairly warm, was clear today with bright blue skies. We are excited to actually reach to true GDT tomorrow and see what the trail has in store for us.

Many thanks again to Greg and Shirley for the pre-trail Trail Magic. Getting us from the train station to a remote border crossing was such a helpful and kind gesture! 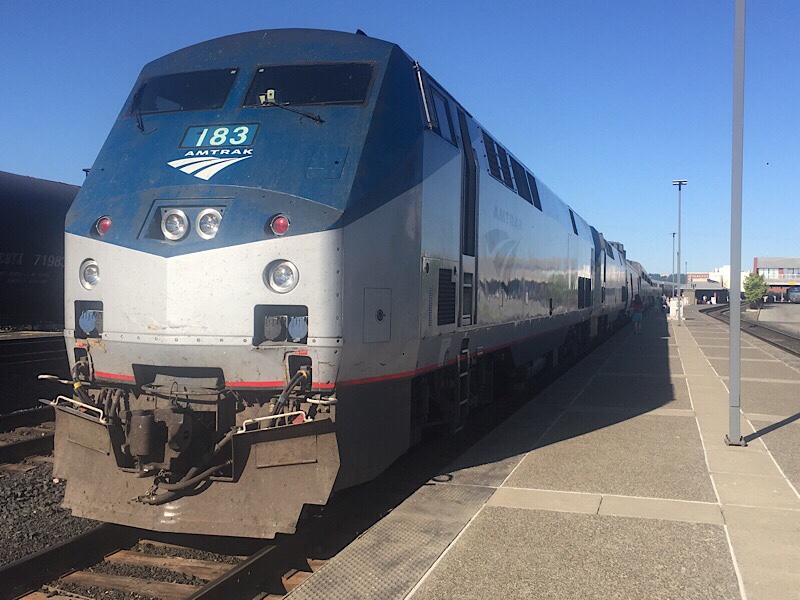 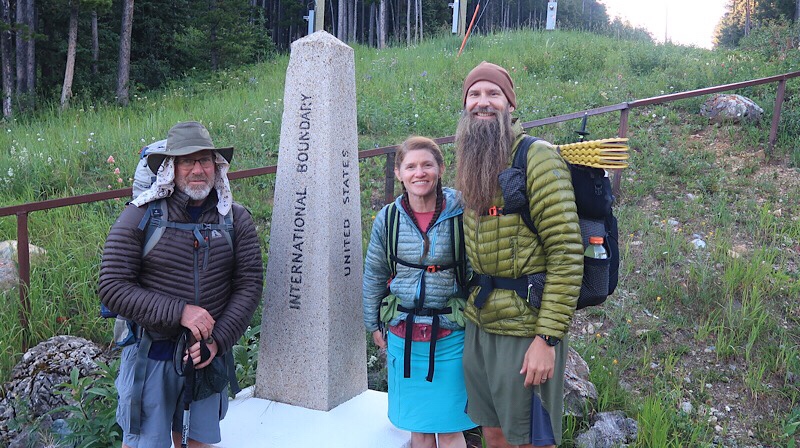 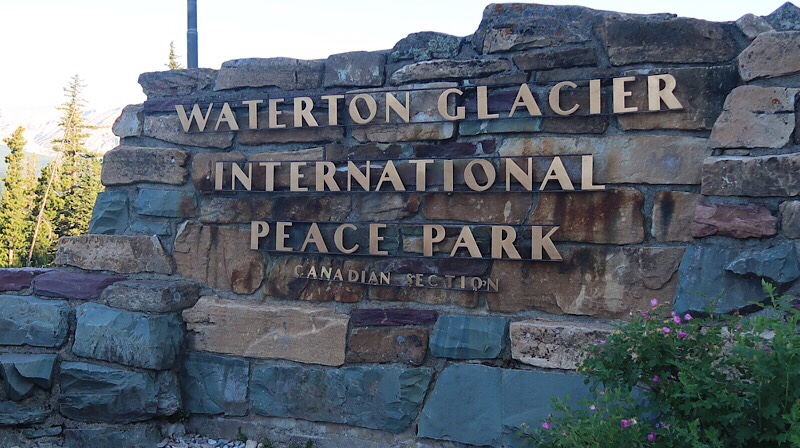 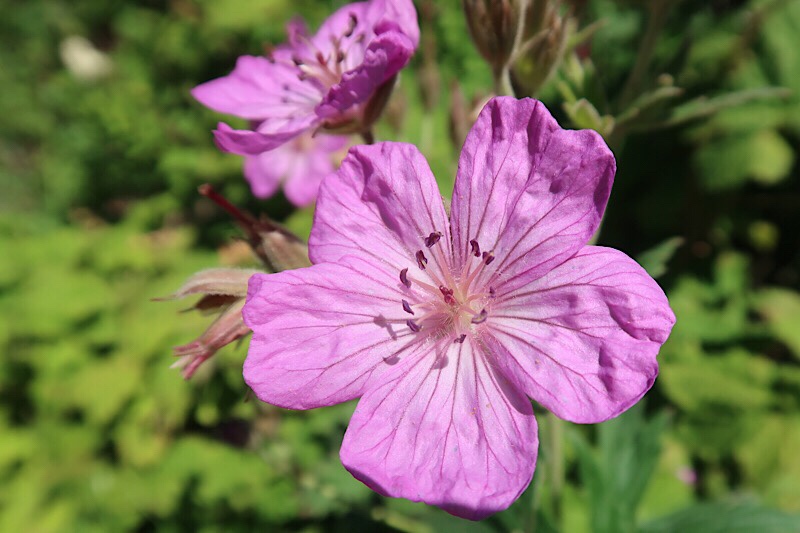 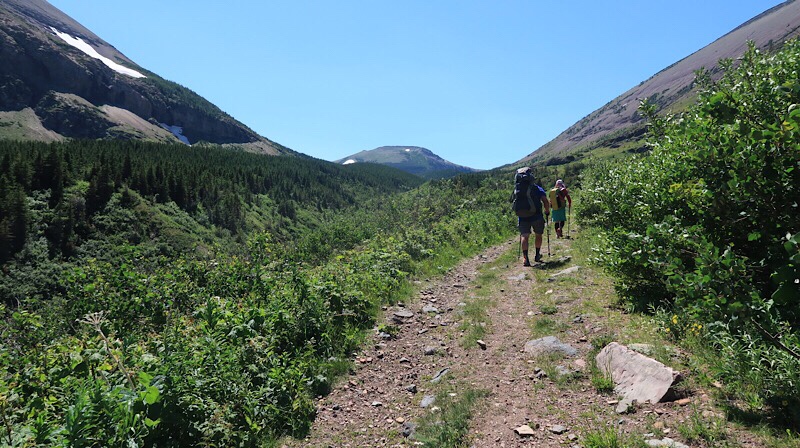 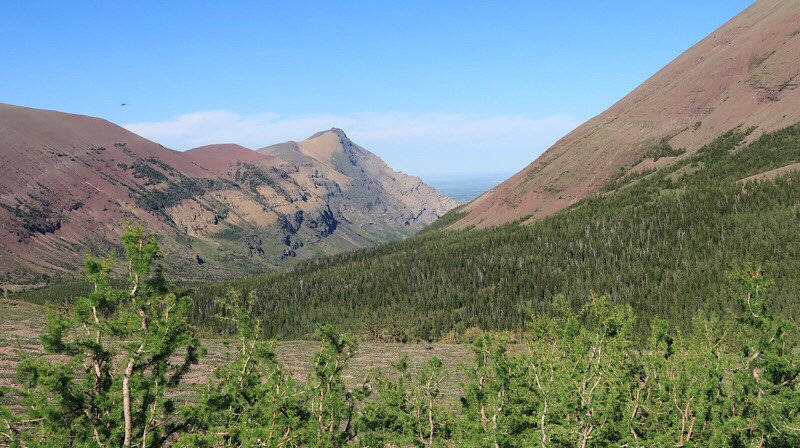 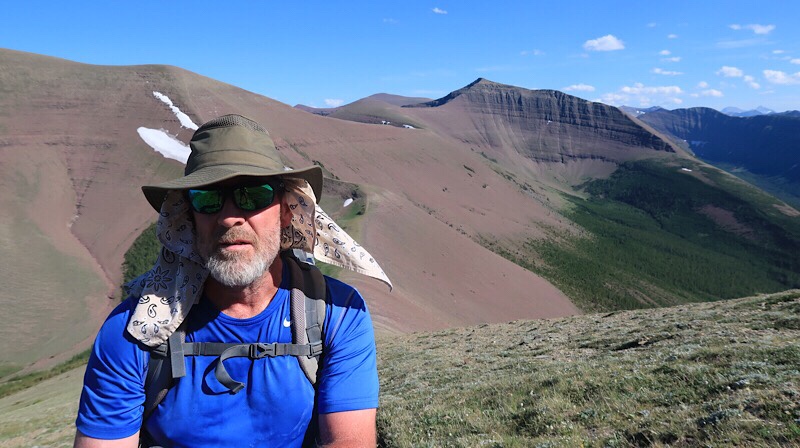 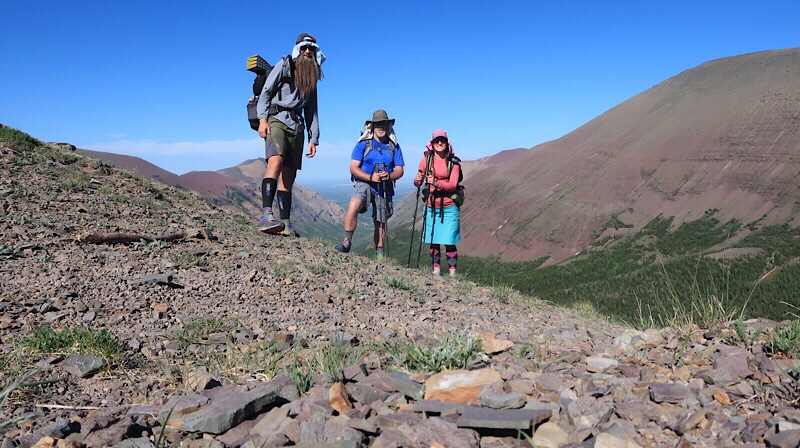